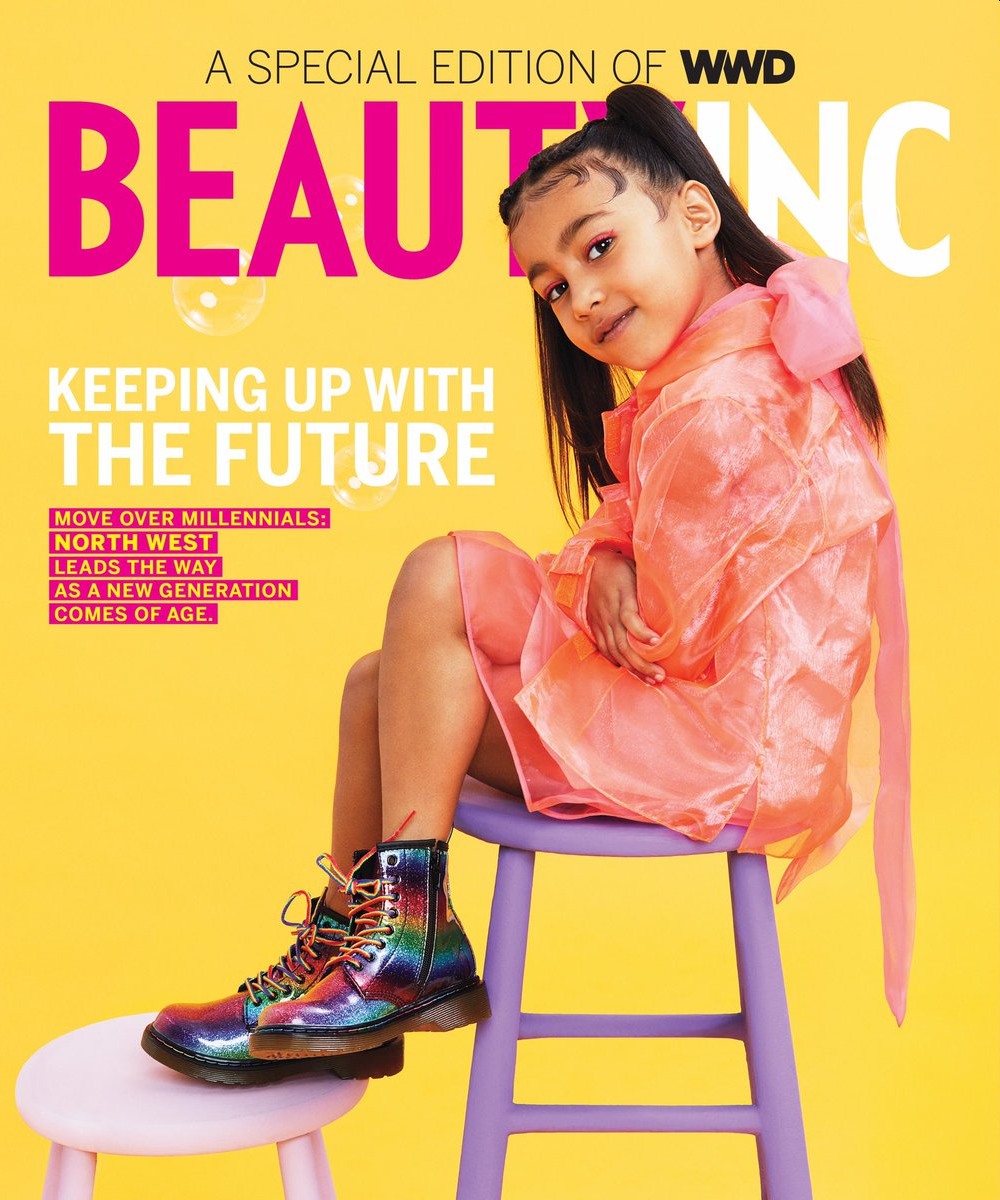 North West is only five years old. She turns six in a few months. The child has lived the luxury lifestyle since birth though – even before she was born, designers sent her special baby couture, baby purses and baby wallets and baby jewelry. North has always seemed like both her parents – perhaps her personality is a bit more like Kanye West (meaning, outgoing and she knows her own mind), but she has Kim Kardashian’s interests. I guess my point is that it’s a pipe dream to think that North would have ever been raised as a “normal kid” – this lifestyle is clearly HER normal.

So is it shocking that Women’s Wear Daily already gave North West a cover? No, it’s not shocking at all. North has been on the cover of magazines already, but with her parents. This is a solo cover for WWD’s Beauty Inc supplemental, where WWD wonders aloud about the generation after Millennials, and whether they’ll be into beauty products too.

Move Over millennials, a new generation is coming of age. By 2025, people under the age of 17 will comprise almost half of the U.S. population — and the implications for beauty are big. https://t.co/3gyg3G6nWz pic.twitter.com/ES2duSiy0N

I guess I understand the choice of North West for the cover, but I still wish Kim and Kanye had shut it down. Five years old is WAY too young to cover WWD. Maybe North really loves makeup and maybe she’s really into fashion, but we’re putting way too much on this one child as some kind of representation for the new generation of beauty consumers.

Kim is all over it though – she tweeted about North’s cover and proudly discussed how North chose her own makeup and clothes. I mean, North IS a natural on-camera. But… that’s not a good thing when we’re talking about a five-year-old on a magazine cover.

My most stylish and beautiful baby girl North shot her 1st cover for @wwd !!!! She loves fashion & beauty and has so much fun doing this! Hair- @chrisappleton1, Eyeliner- @maryphillips, Styling- @kimkardashian 🙋🏻‍♀️ 📷 @jucophoto pic.twitter.com/YU5xh6SNHa

I’m seriously so proud of my Northie! She picked her looks and eyeliner color and is so involved and loves fashion & beauty so much so she has the best time at her @wwd shoot! Kanye & I always say she’s Kristen Crawley’s style twin 💕

All she wanted was nachos on shoot day and we made that happen! Thank you @wwd for capturing these amazing memories for her 💕✨ 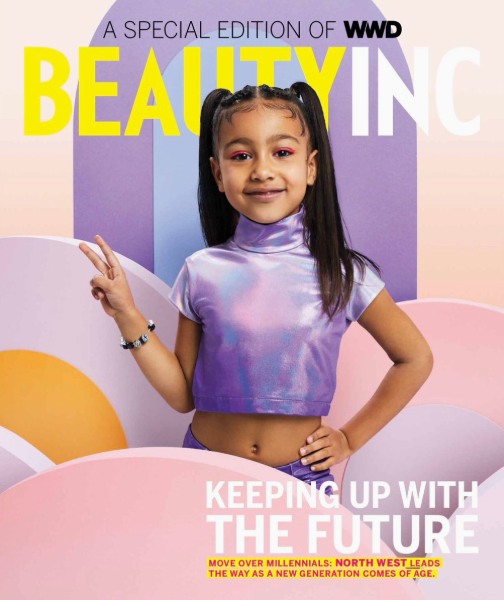