Brie Larson in Valentino at the UK ‘Captain Marvel’ premiere: unflattering or dramatic? 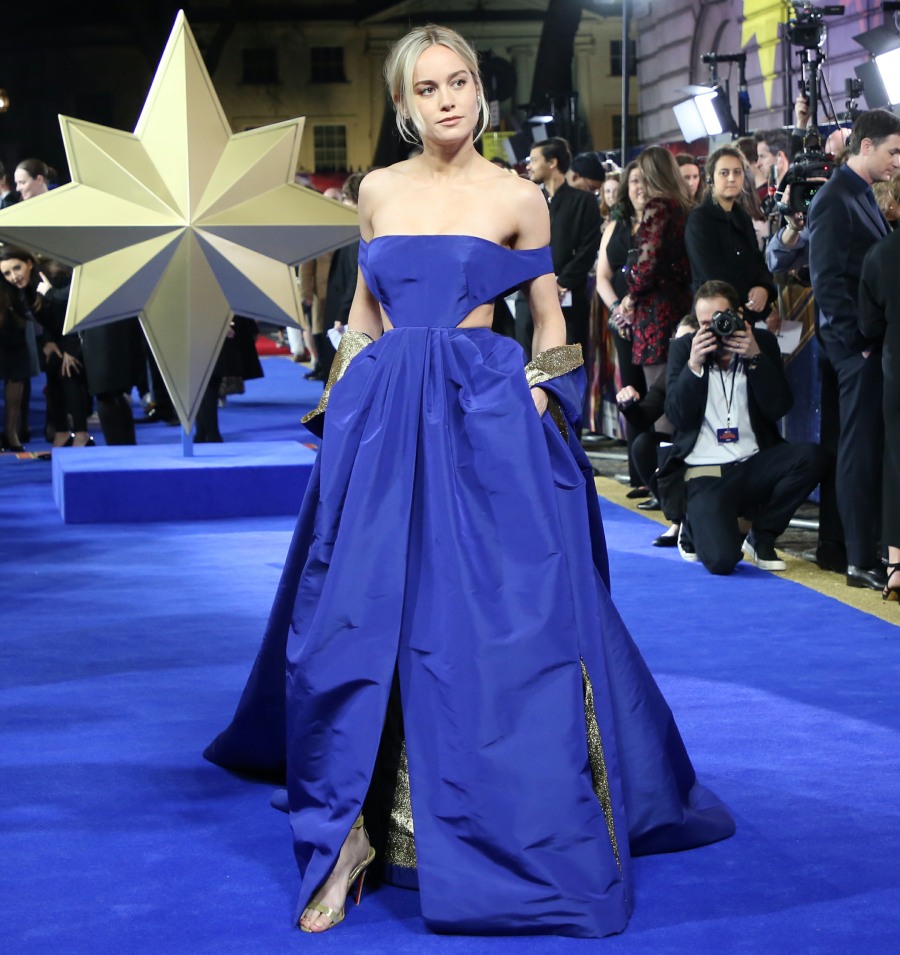 Here are some photos from last night’s London premiere of Captain Marvel, the first Marvel superhero film with a woman in the lead role. There’s a lot riding on this, just as there was a lot riding on Patty Jenkins’ Wonder Woman. But I have a lot more faith in the Marvel promotional machinery, so I think Captain Marvel will do really well, despite the toxic bros bashing it at every turn.

I hope I don’t sound like one of those toxic bros, but man, I am so disappointed in what Brie Larson chose for the first huge premiere of her film. I wouldn’t have blamed her for playing it safe in a plain princess dress, nor would I have blamed her for keeping it simple in Calvin Klein or Ralph Lauren. But I wasn’t expecting this customized Valentino couture. I wasn’t expecting drama AND taffeta AND a really weird fit. It doesn’t work, right? Brie has a great figure, and this has too much volume on the bottom, which throws off her proportions. Also throwing off her proportions is the cut of the top, which makes it seem like her boobs are down by her waist. Ugh. So disappointed. 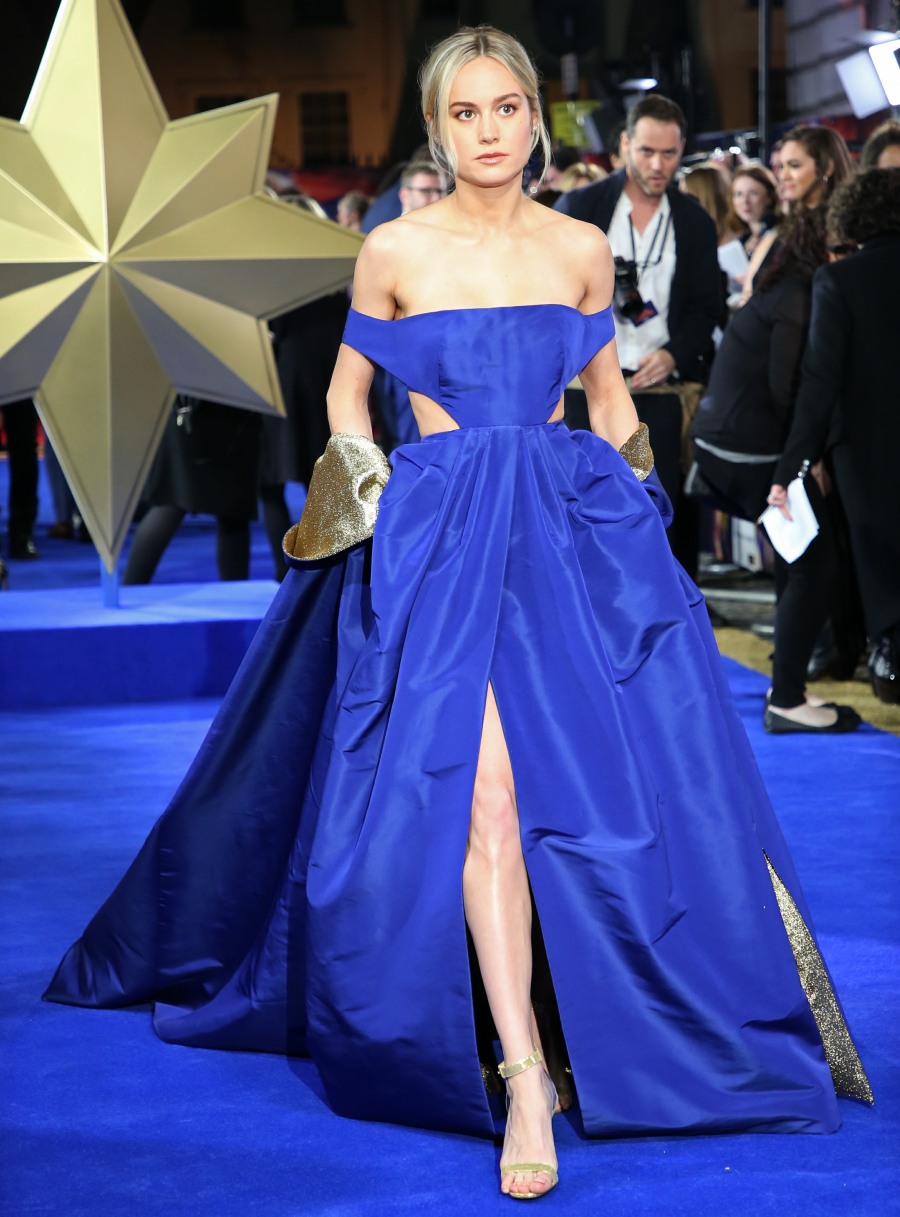 I’m not disappointed in Gemma Chan at all though – Chan continues to be such an interesting fashionista. This ensemble is by Brandon Maxwell – that’s quite a train on that crop top. And the trousers are perfect. The color is perfect too. 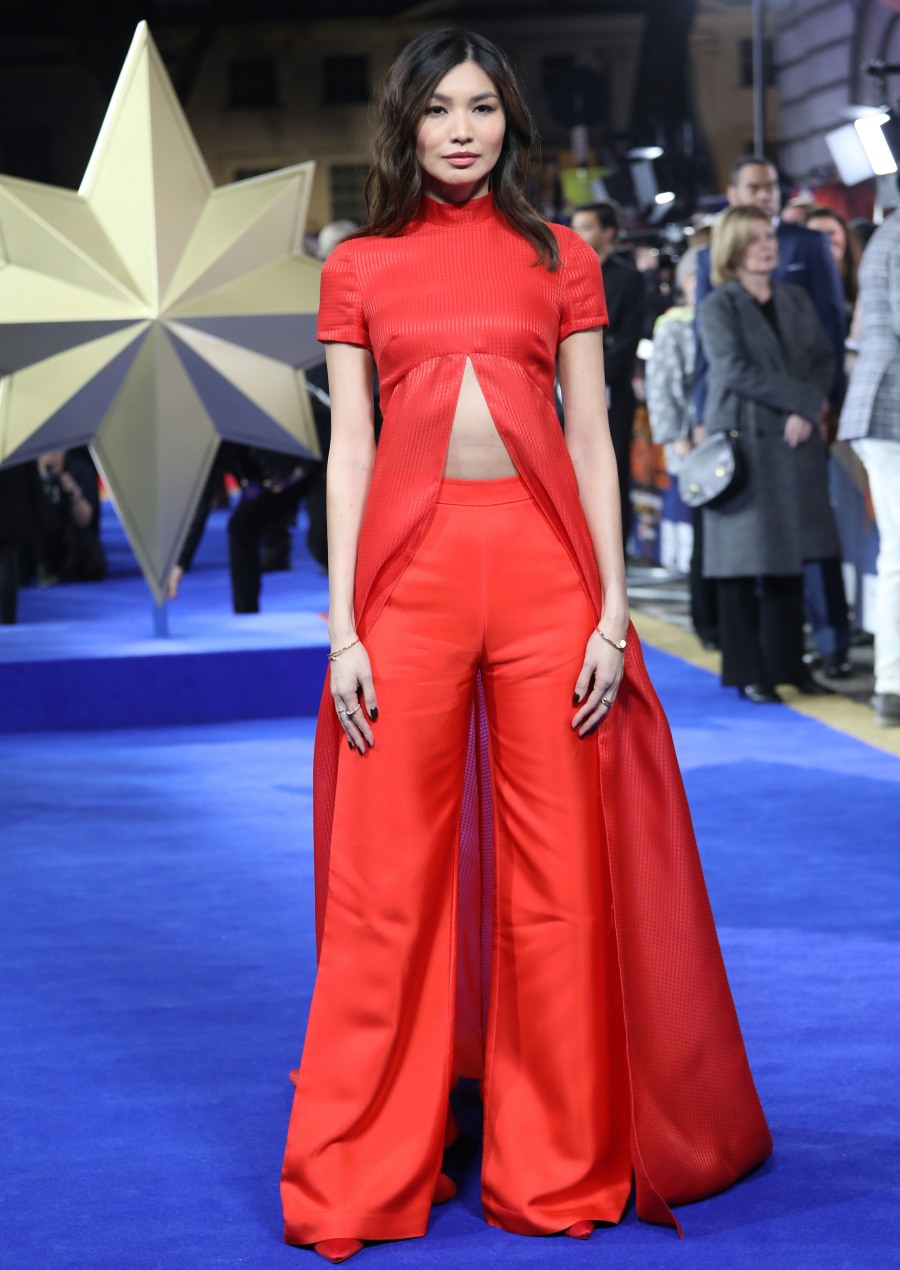 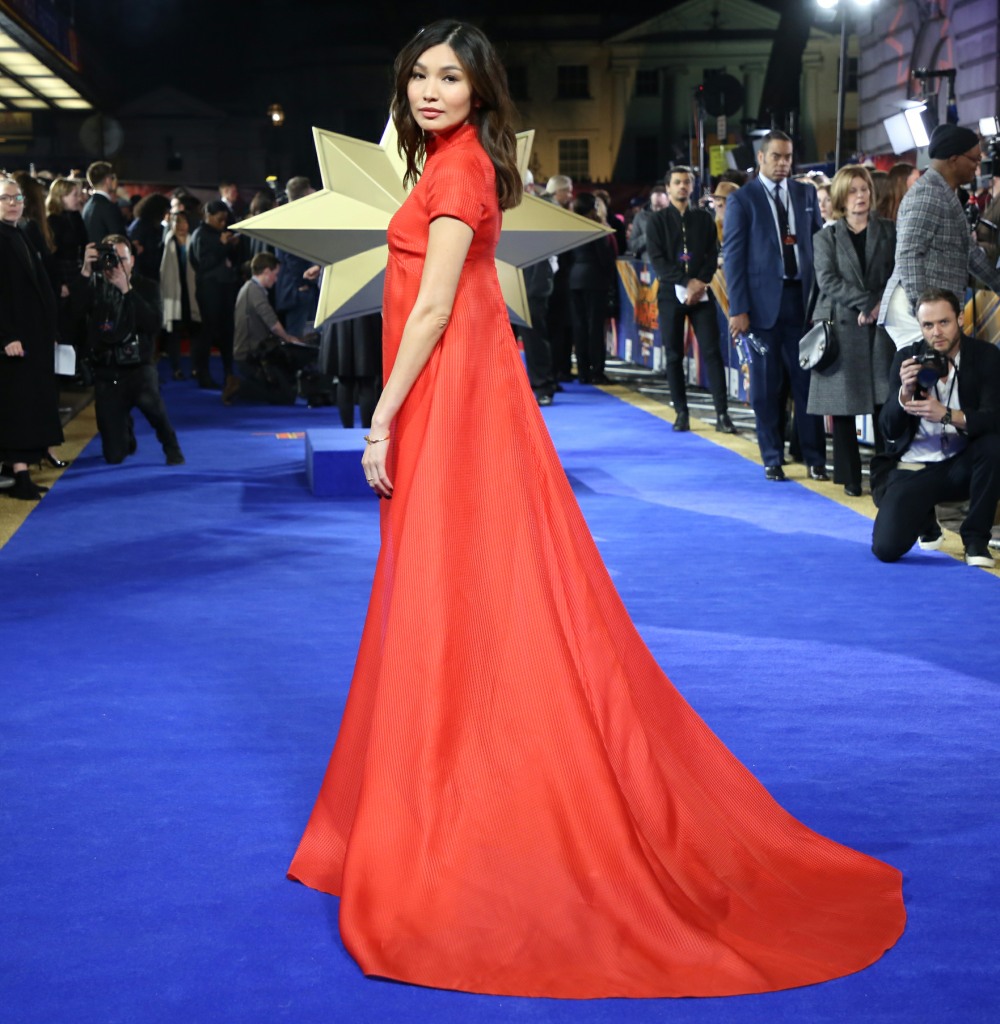 Lashana Lynch wore Michael Costello. Love the bright fuschia. The cut of the dress is rather mundane though. 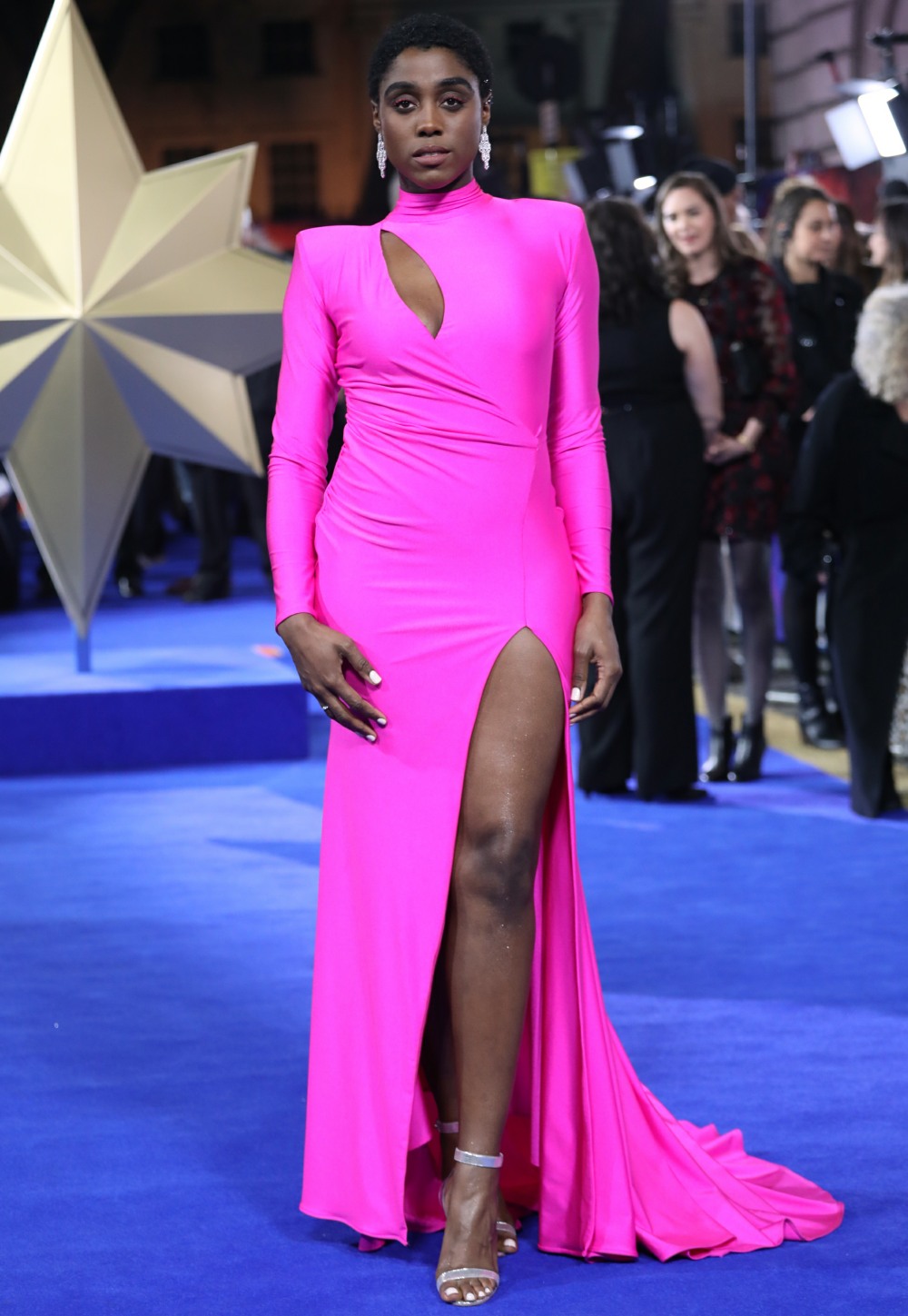 Jude Law still qualifies as a “snack” to many people, right? Because damn, he looks GOOD. My one qualm is that… I’m not sure he zipped up his jacket properly??? 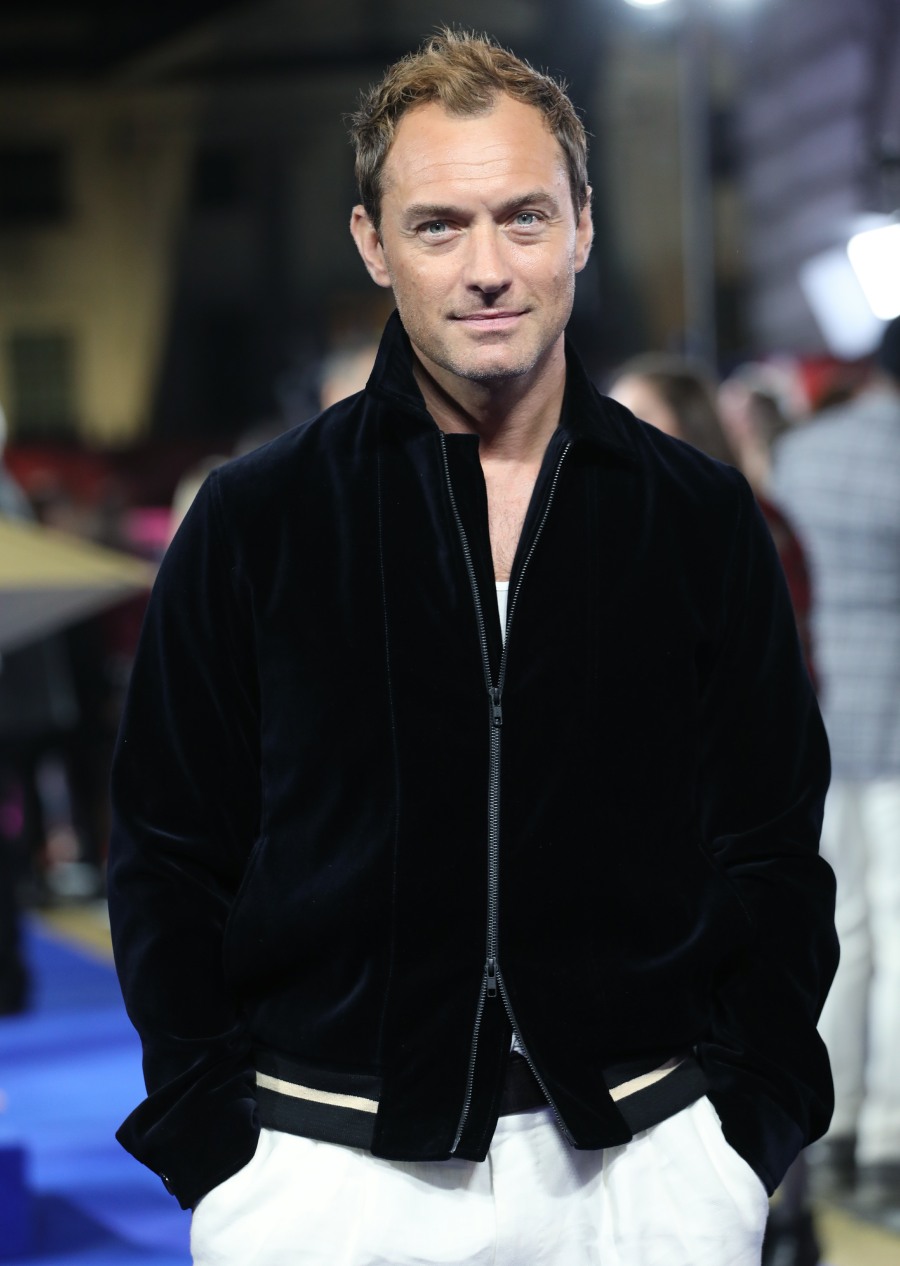 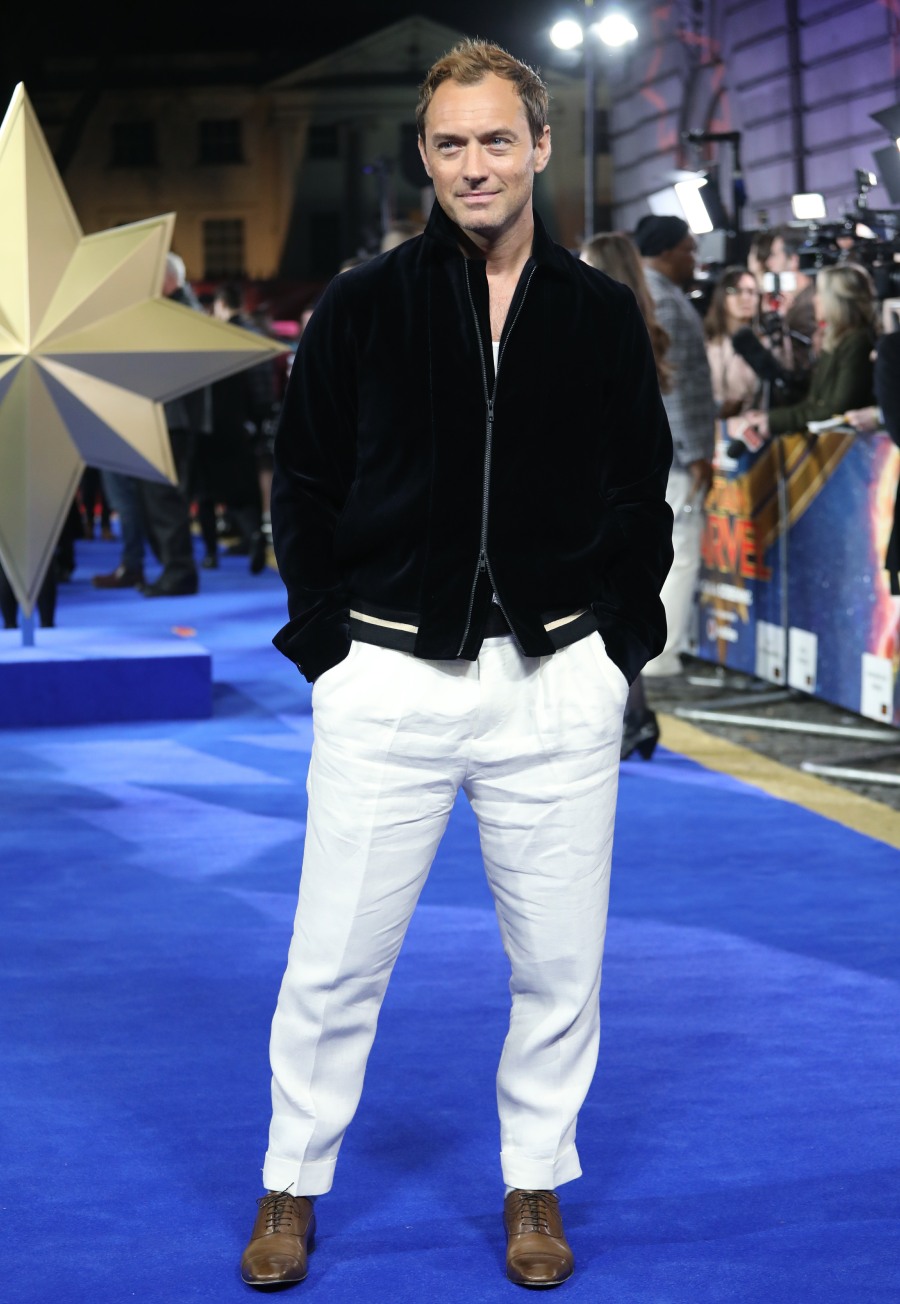 And Sam Jackson is FOREVER. 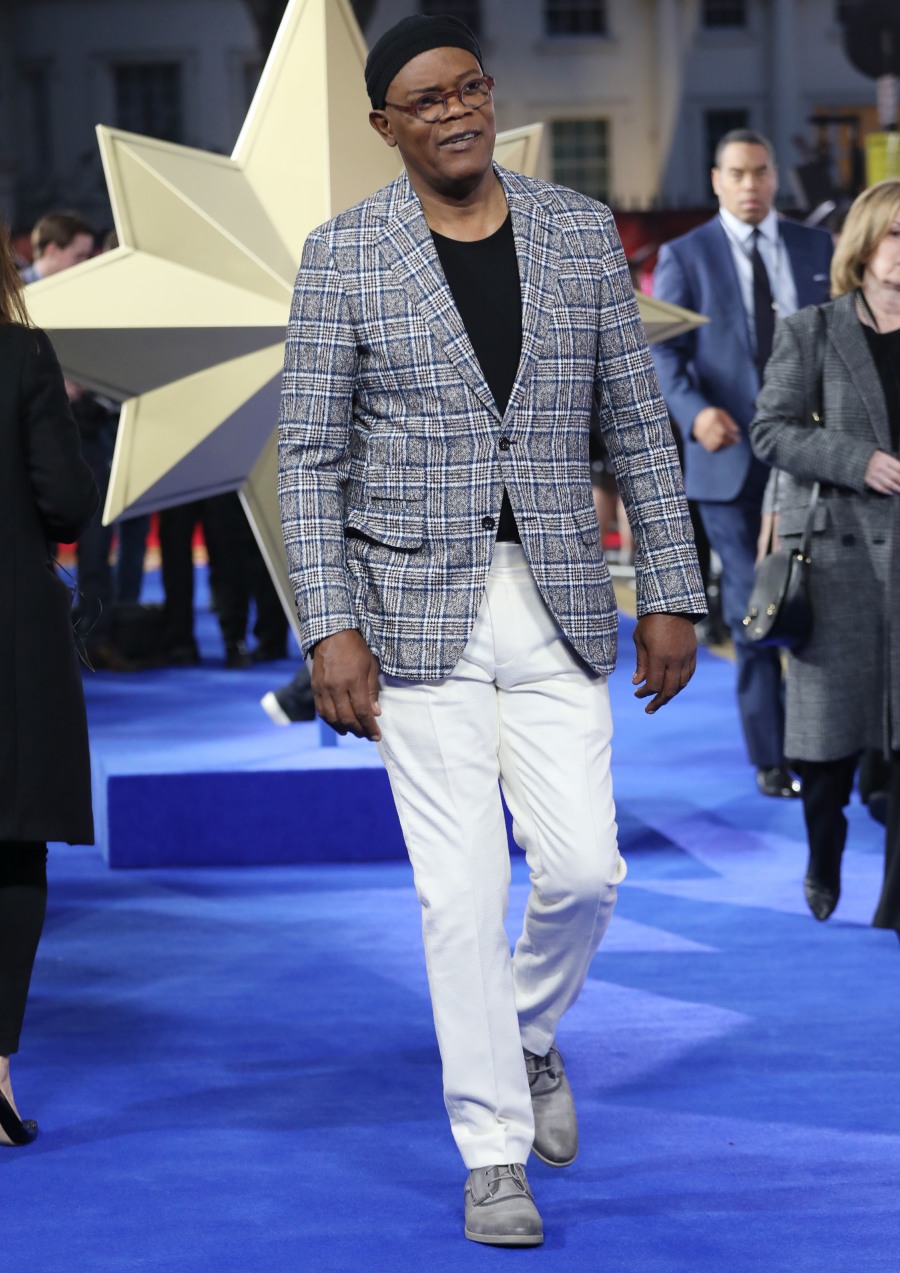 57 Responses to “Brie Larson in Valentino at the UK ‘Captain Marvel’ premiere: unflattering or dramatic?”