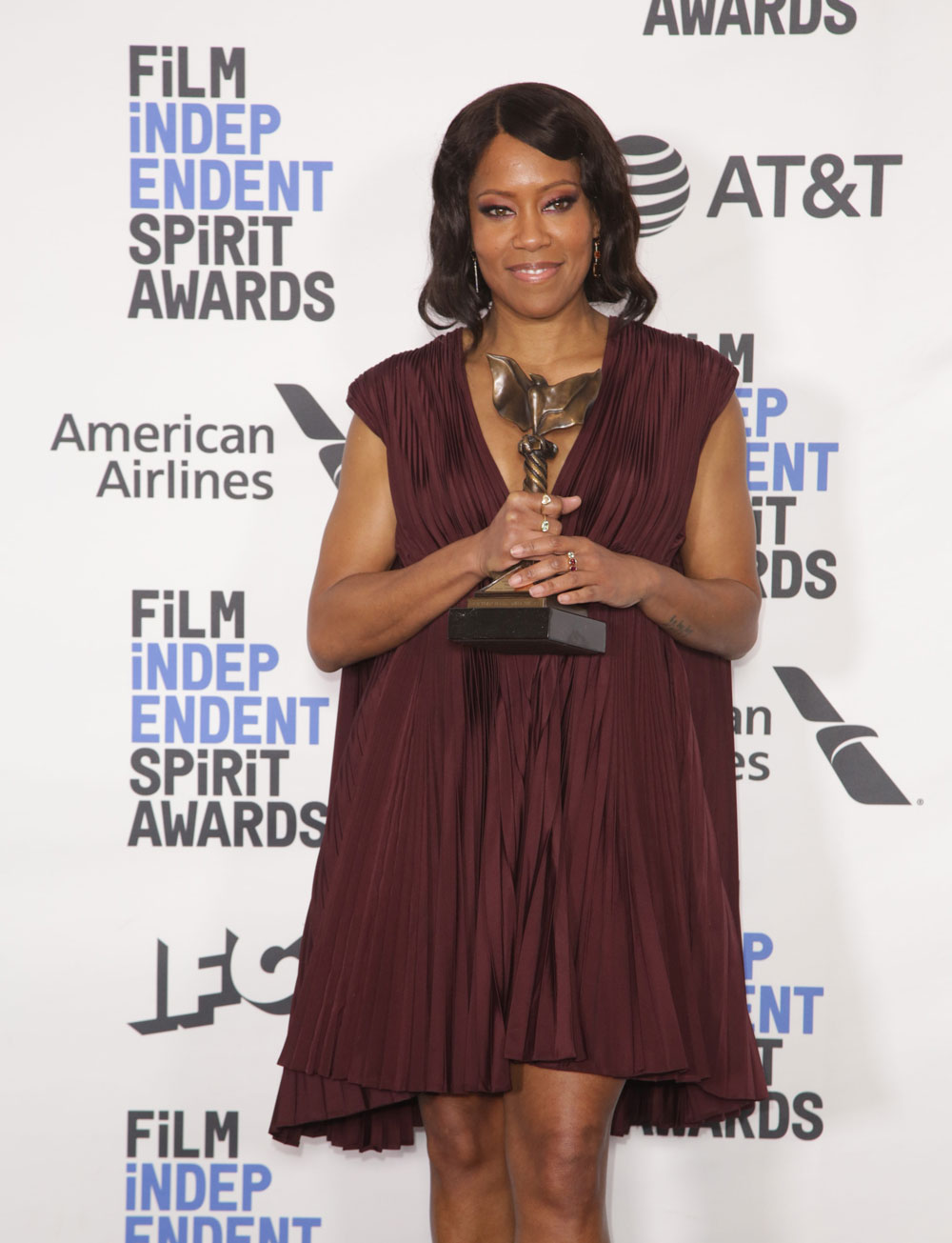 Regina King has been sweeping the awards season for her role in If Beale Street Could Talk. King so convincingly conveyed the determination and resolve of being a mom, and how that pushes you beyond your comfort zone. She won Best Supporting Female Actor at a very fun Independent Spirit Awards, hosting by Aubrey Plaza. You can see her acceptance speech here. The Spirit Awards were so great that they’re going to make The Oscars seem like even more of an interminable let down than usual. Beale Street also won Best Feature and Best Director last night for Barry Jenkins. It’s a shame that wonderful film wasn’t more recognized by the Academy.

Regina was in Valentino, in a cranberry colored pleated babydoll dress. I don’t like the shape of this gown, it looked like it had a too-wide skirt on camera. (I had to watch this streaming on my computer as my cable doesn’t include IFC so that’s probably why.) In fact it’s a skirt and a cape. It looks better in photos and from the side you can see the cape feature. 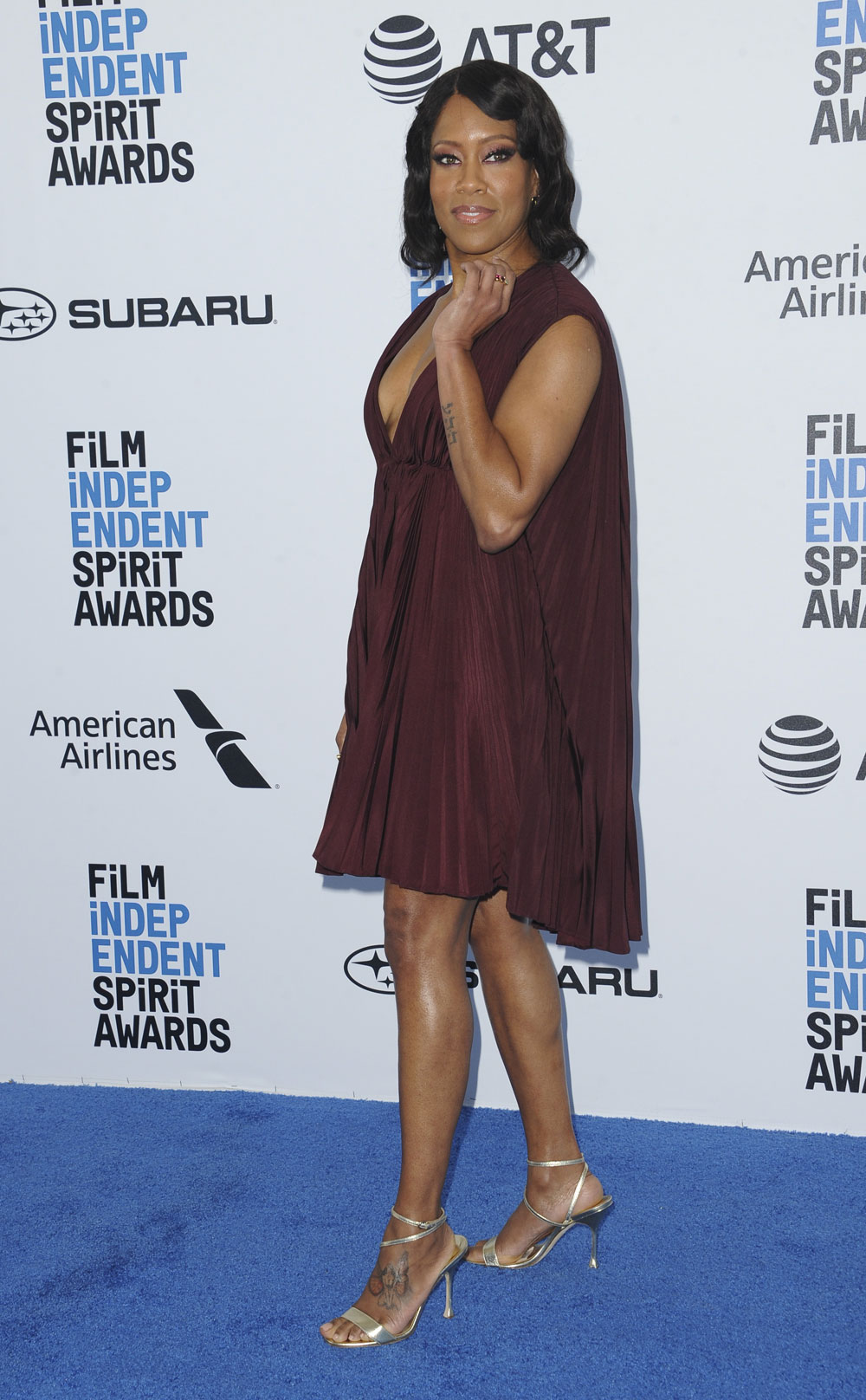 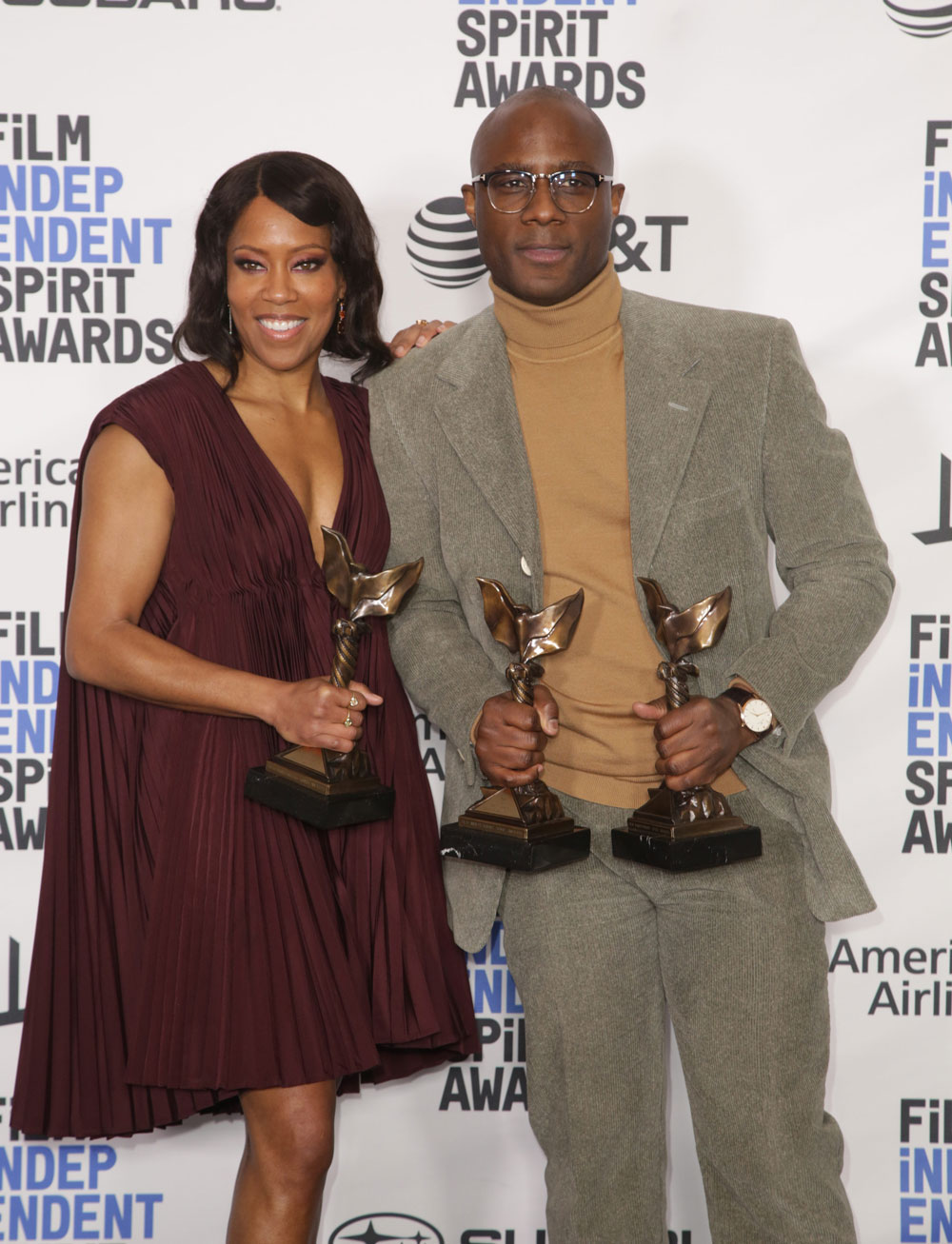 Presenter Laura Dern was in a white Azzedine Alaïa sweater dress. Her film The Tale was also nominated for Best First Feature, which went to Boots Riley for Sorry To Bother You. (That’s on Hulu, watch it! It’s weird and unlike any movie and I loved it.) This was kind of a staid look and could have been a little riskier, but it’s a decent choice for the Spirit Awards.

Amanda Seyfried of First Reformed was in a white and gray Givenchy pantsuit that had a built-in silver sequin dickie. This is a great suit and I love the thin metallic belt. She had on weird pinkish red eyeshadow that ruined the whole look though. It looked worse on camera. Imagine that suit with a smokey eye and slicked back hair, it might have worked. 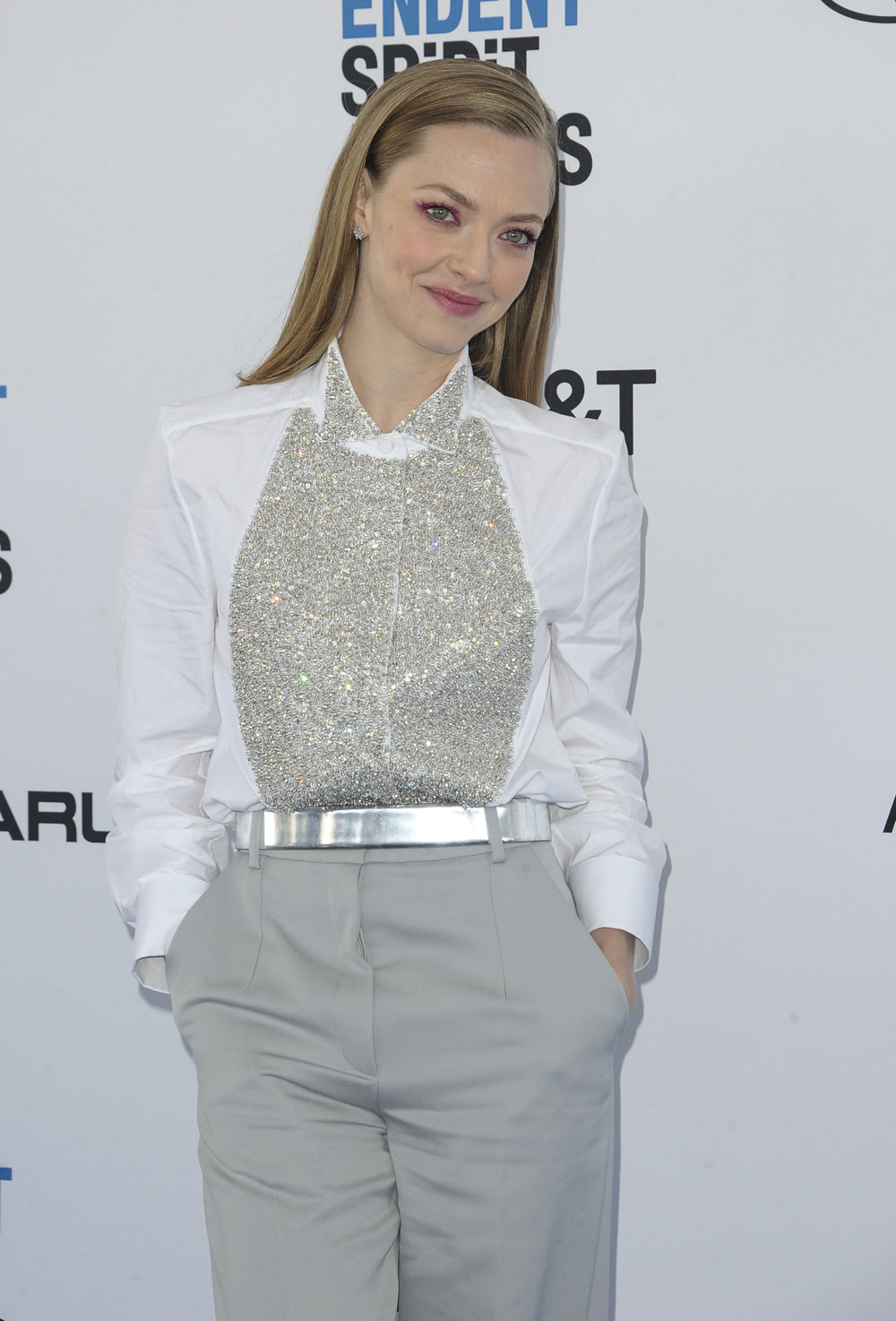 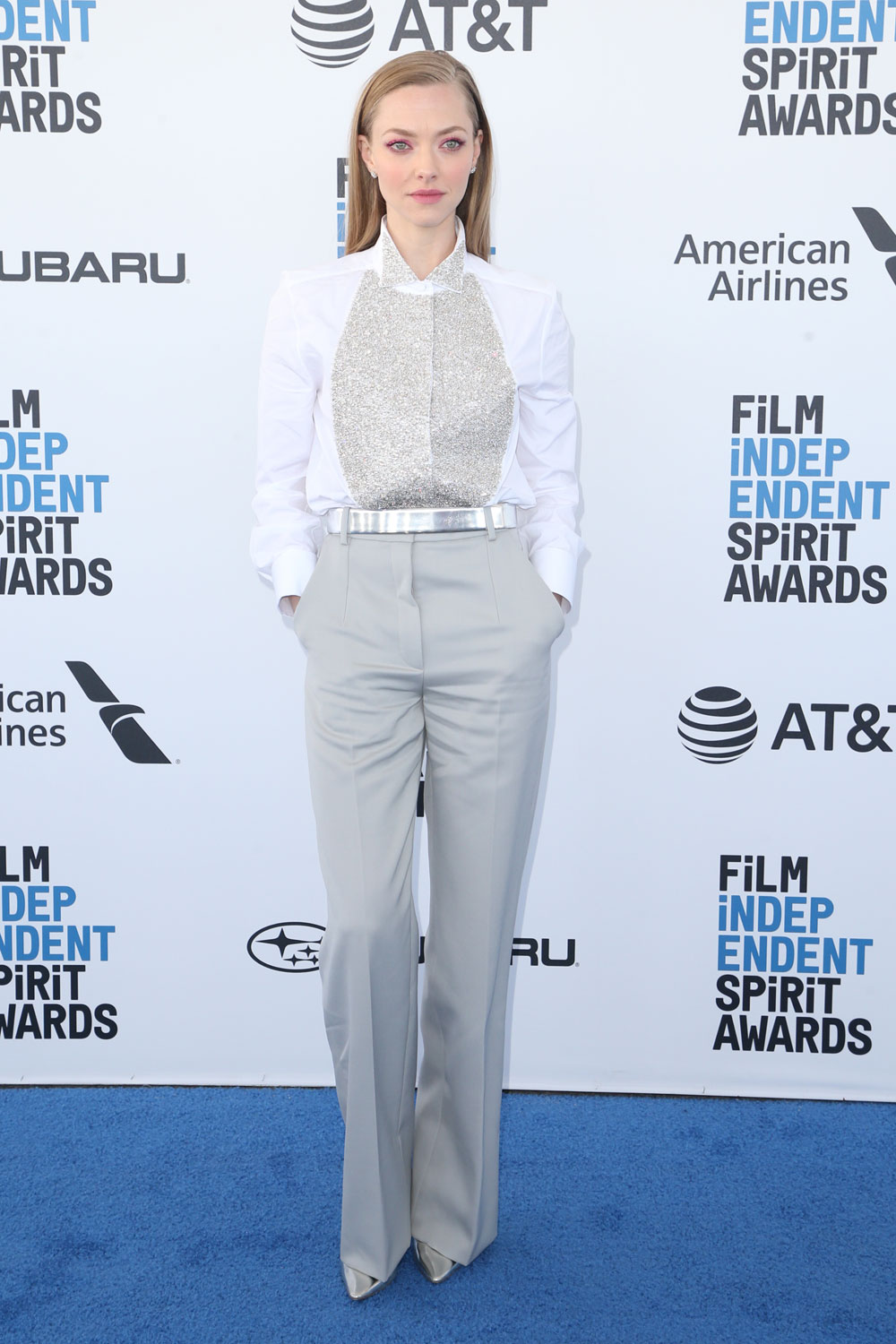 Roma’s Yalitza Aparicio presented in Spanish, which was really cool I appreciated that. She wore red Miu Miu. This was a great dress for the event. She wasn’t nominated at the Spirit Awards, which surprised me, but she’s up for Best Actress at The Oscars, so we’ll definitely see her tonight. Roma won Best International Film. Will it take Best Picture? I honestly don’t know! I’ve read conflicting takes on that. I wouldn’t be mad if it won, I just think it was too arty and long and not entertaining enough to be best picture. 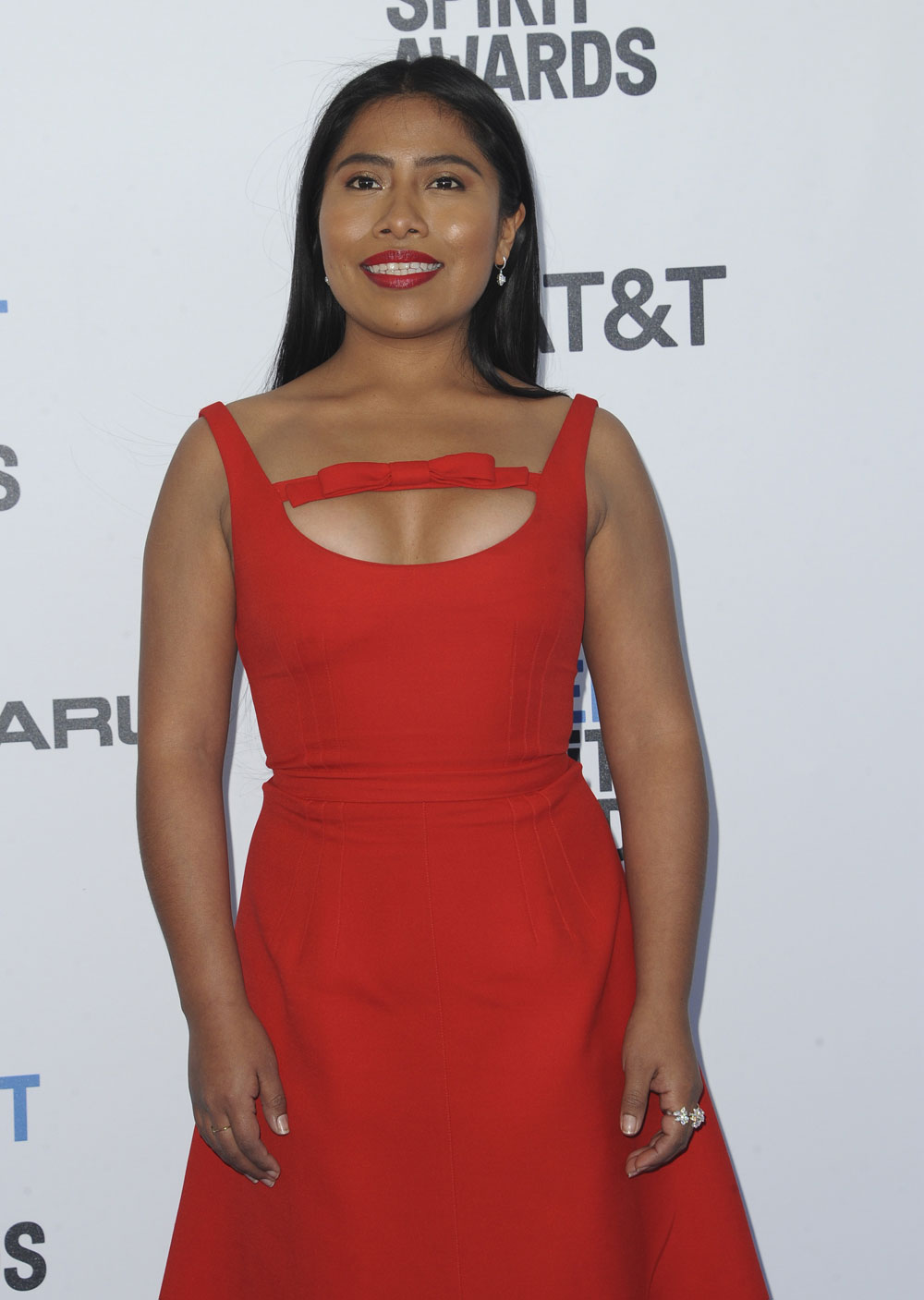 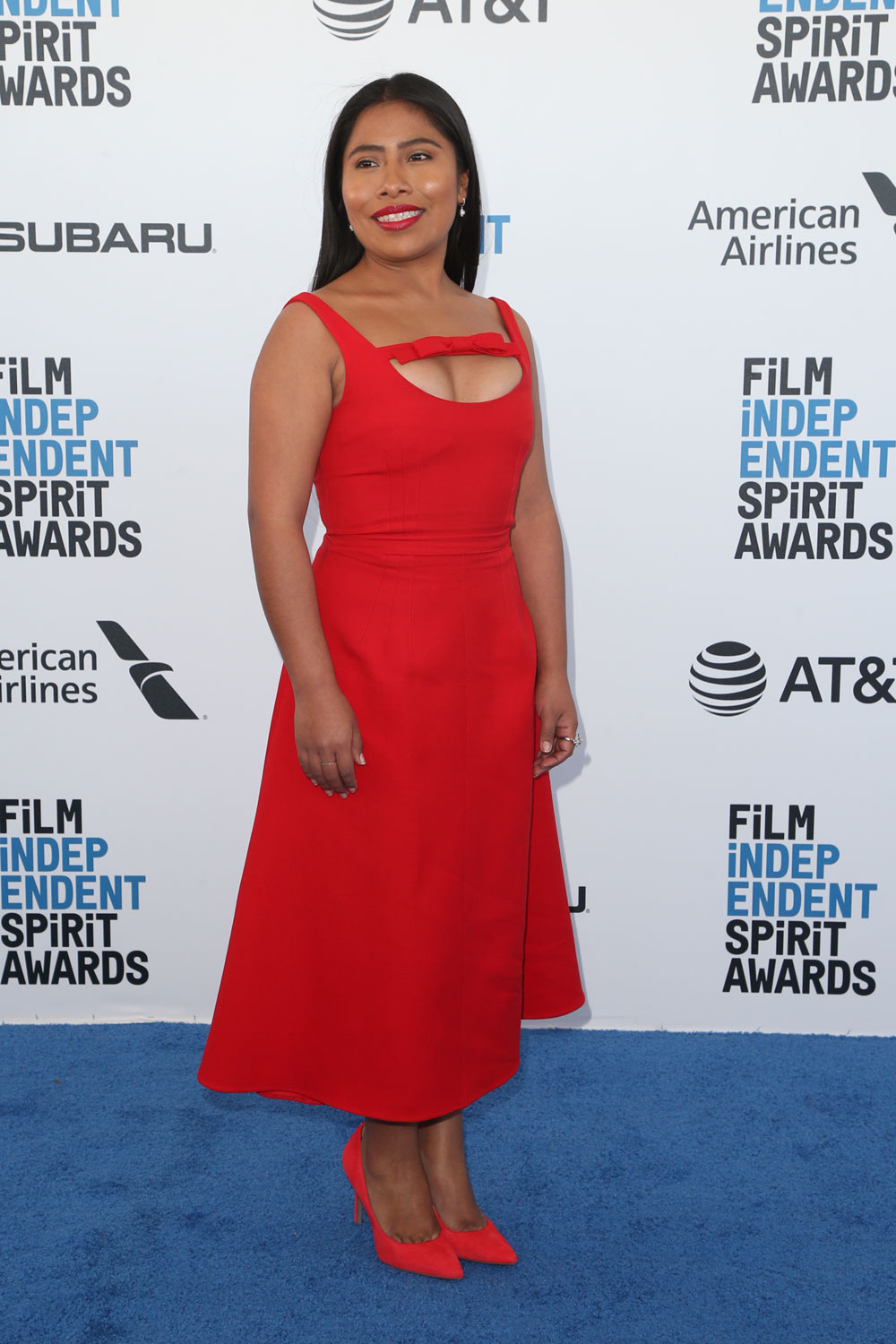 Yalitza was there with her costar, Nancy Garcia. 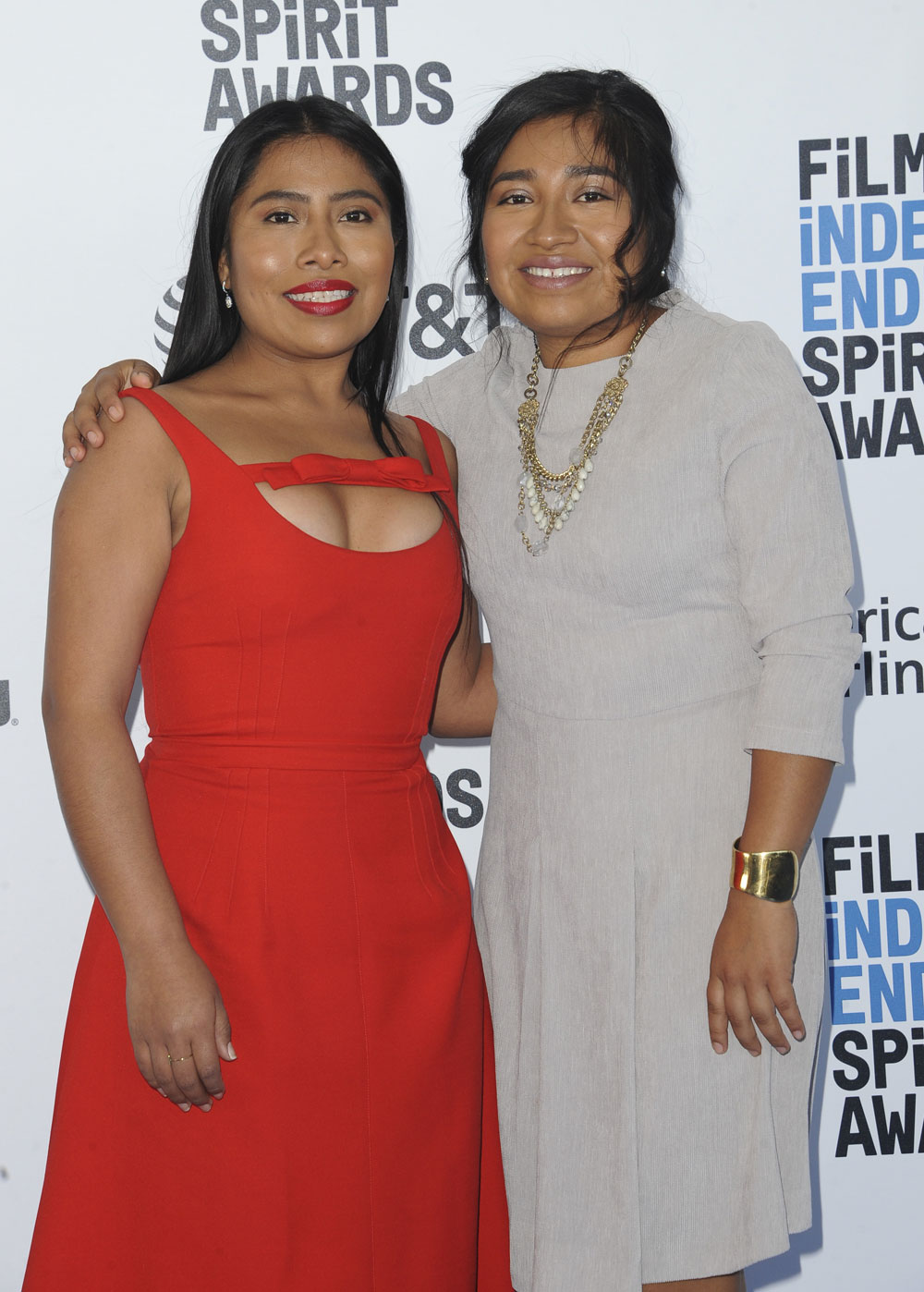 Gemma Chan was gorgeous in a pink and gold sequin cap sleeve Miu Miu gown featuring lines of silver sequins and an open back. I’ve really enjoyed seeing her fashion this awards season. She’s such a risk taker and it almost always pays off. Her styling is perfect for this dress. 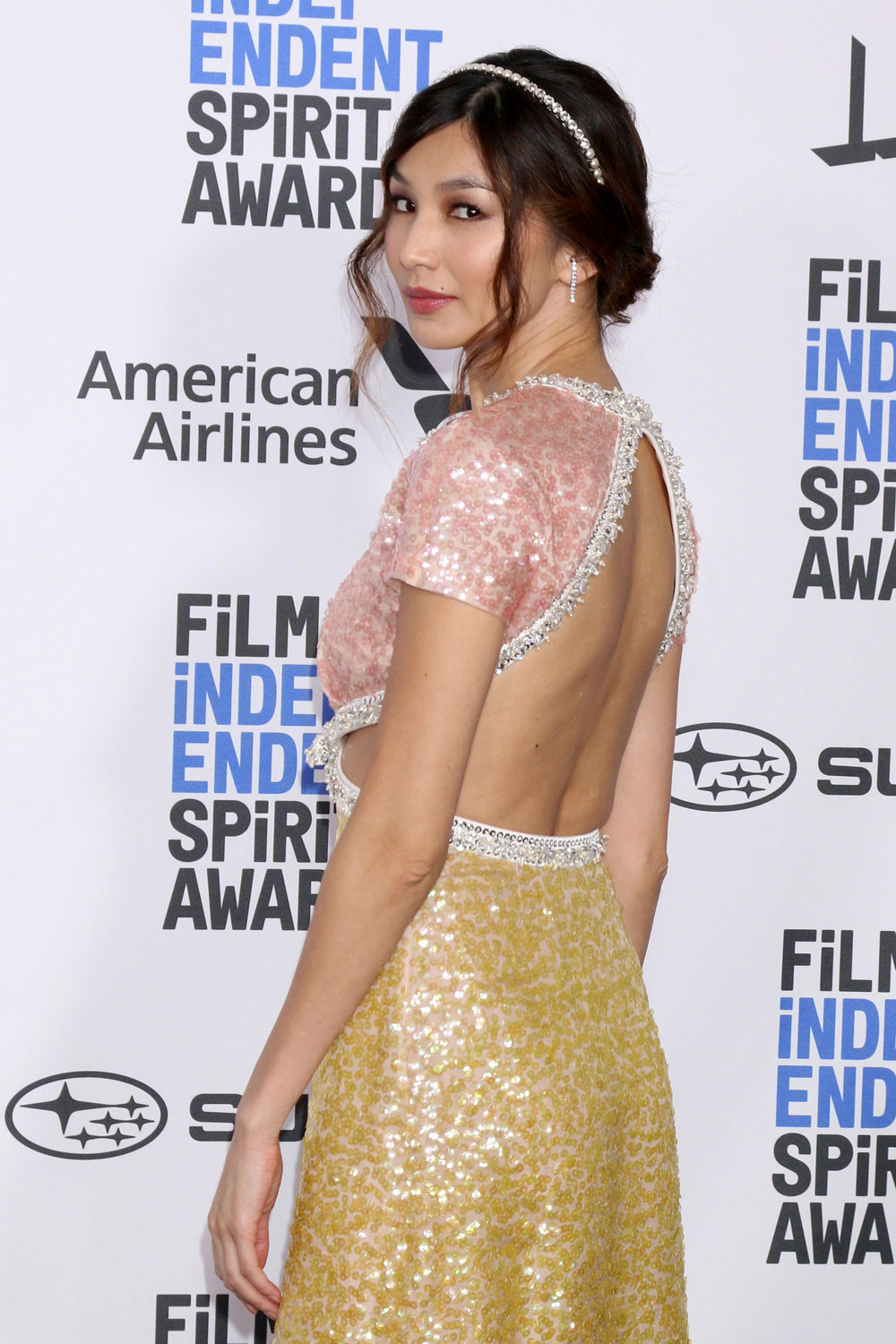 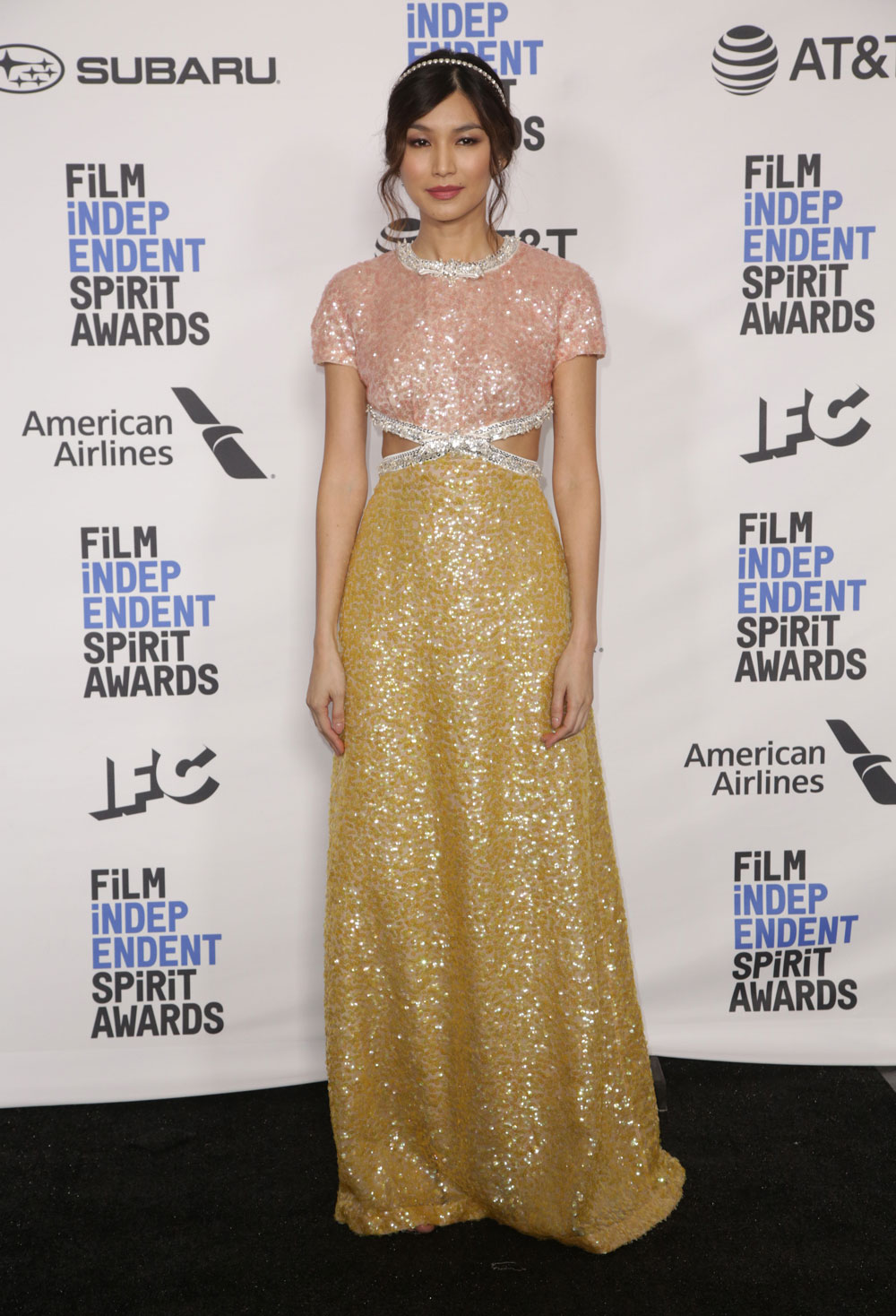 26 Responses to “Regina King won Best Supporting Actress at the Spirit Awards: shoo-in for the Oscar?”