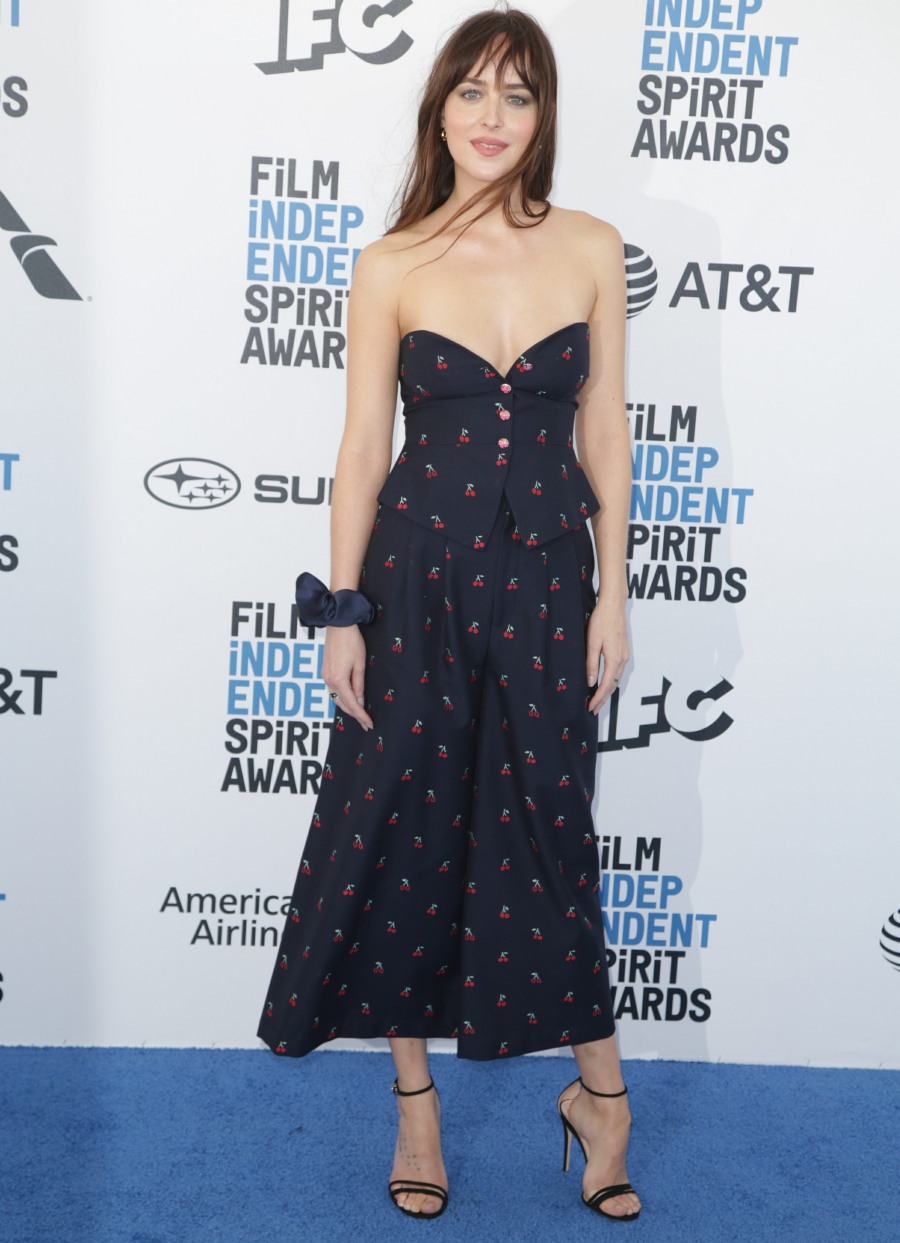 The Independent Spirit Awards are usually a showcase for low-key fashion – very few people really get all dolled up, although that’s changing a bit too. I remember when people really did show up in jeans and sandals. Now most of the men just wear a suit and no ite, and more women just wear pretty cocktail dresses or trousers. Dakota Johnson reps Gucci, so of course she wore Gucci, but this was a nice low-key look. It’s actually a two-piece – flowy cropped Capris which look like a skirt and a strapless thing up top. The top actually doesn’t fit her properly, but whatever. She looks gorgeous. 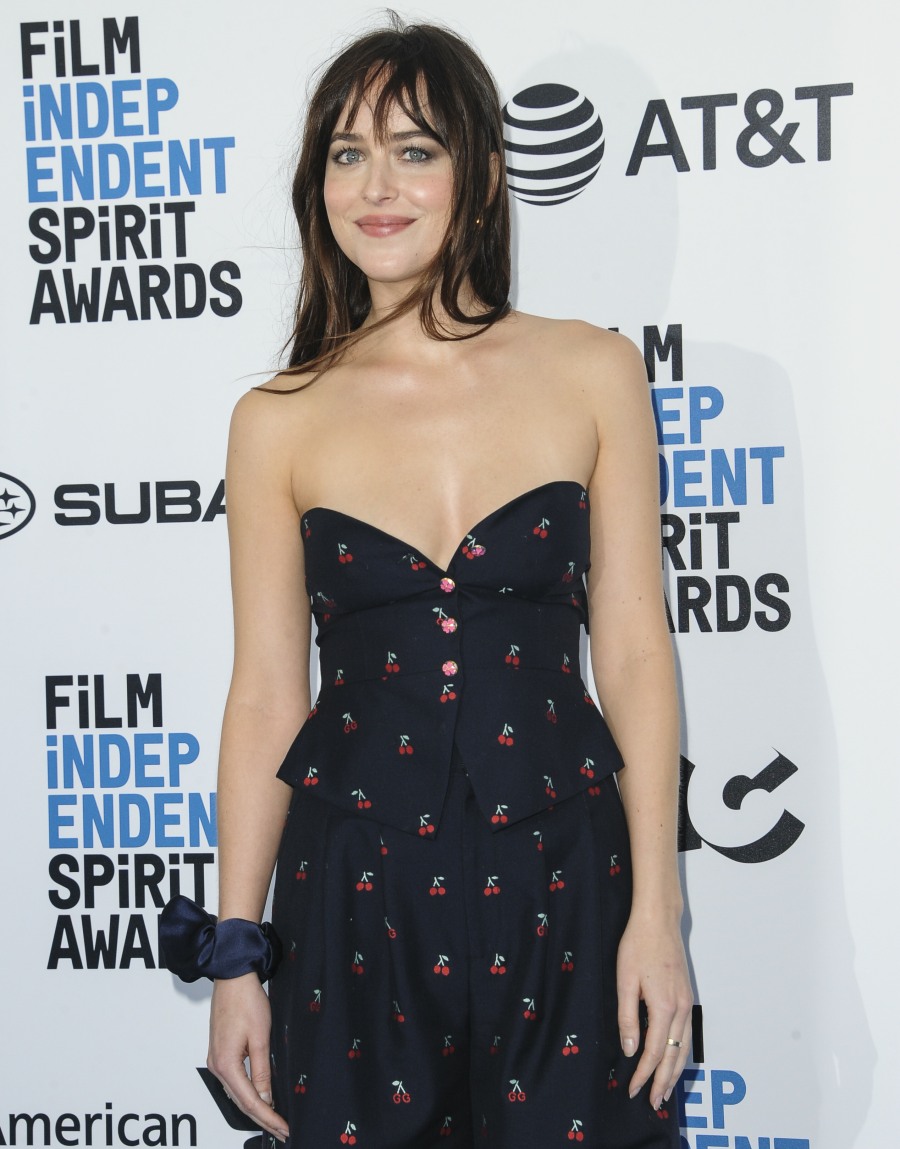 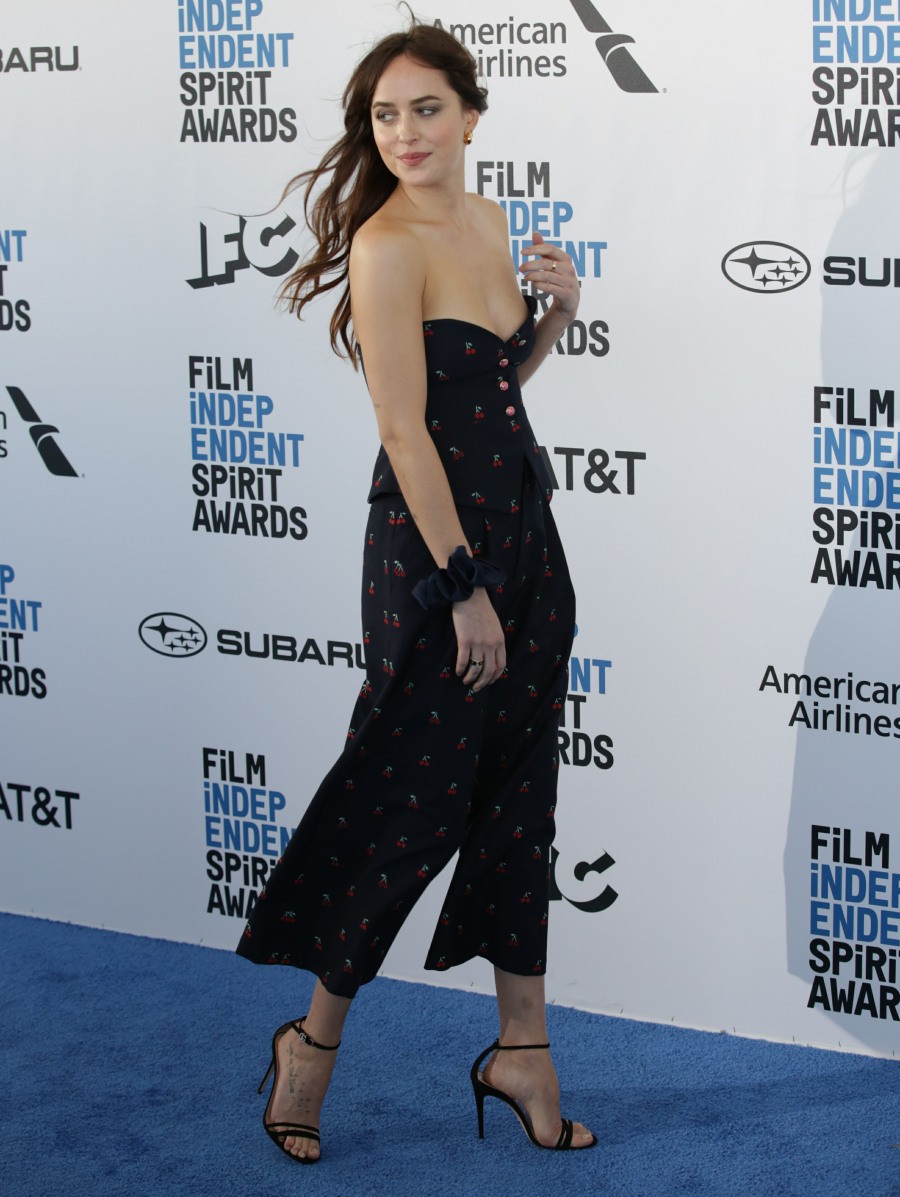 Dakota and Tilda Swinton were there to represent Suspiria, which won the Robert Altman Award, which is sort of like the de facto ensemble award. Tilda wore Haider Ackermann and I’m obsessed with those trousers. SO GOOD. 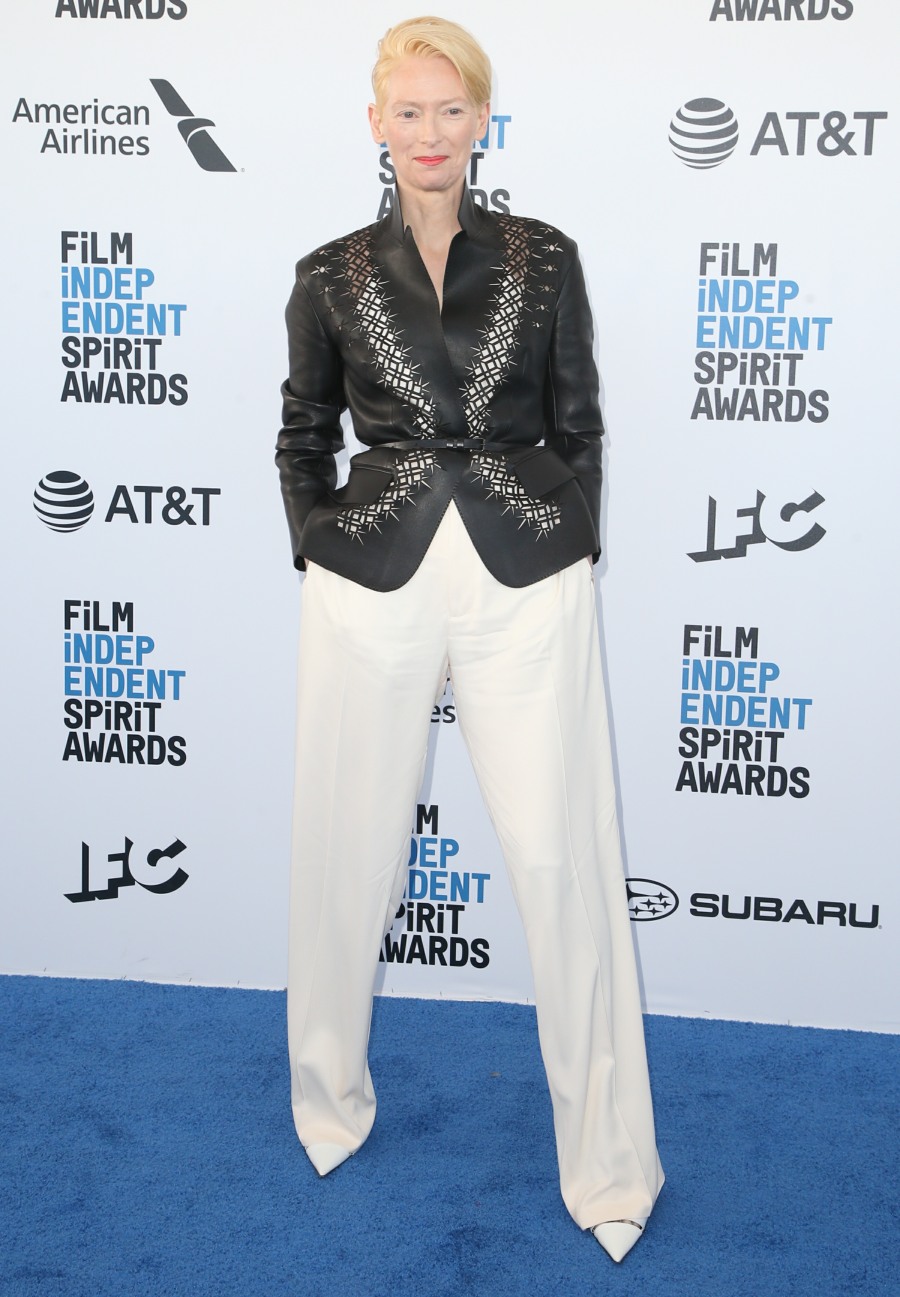 Chloë Grace Moretz – who was also there for Suspiria – wore Loew. This feels a tad over-the-top, but whatever. It’s just kind of a bad dress in general. 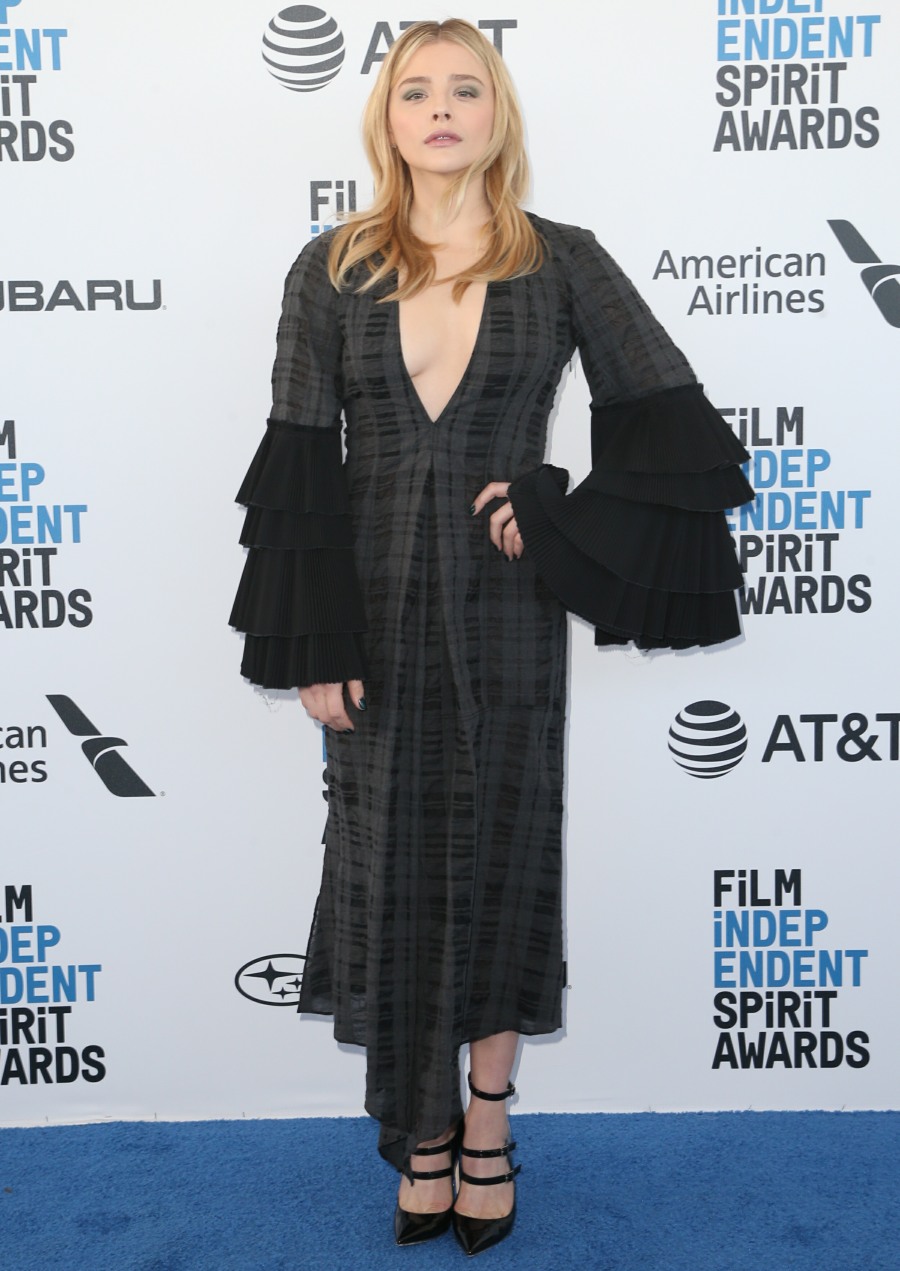 Glenn Close in Sies Marjan, with her dog Pippen. Pippen came on stage with her when she won! This was Glenn’s first time at the Spirit Awards and I think she was surprised by them. She really thought that it was just going to be, like, a tent in Santa Monica and everyone would be wearing jeans. Pippen was happy that Glenn won too. 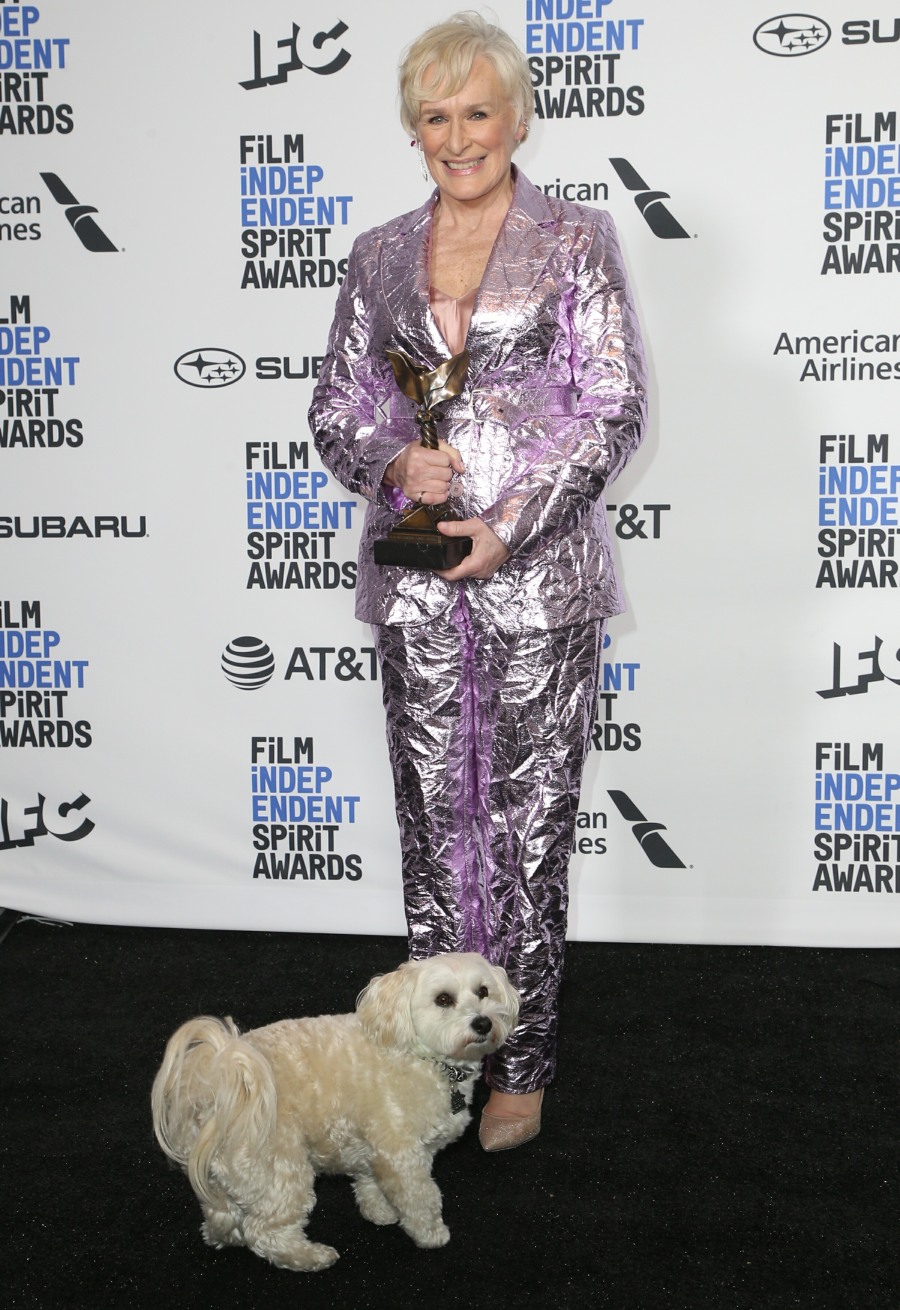 Shangela Laquifa Wadley wore Jovani on the red carpet, but of course she changed for her performance! 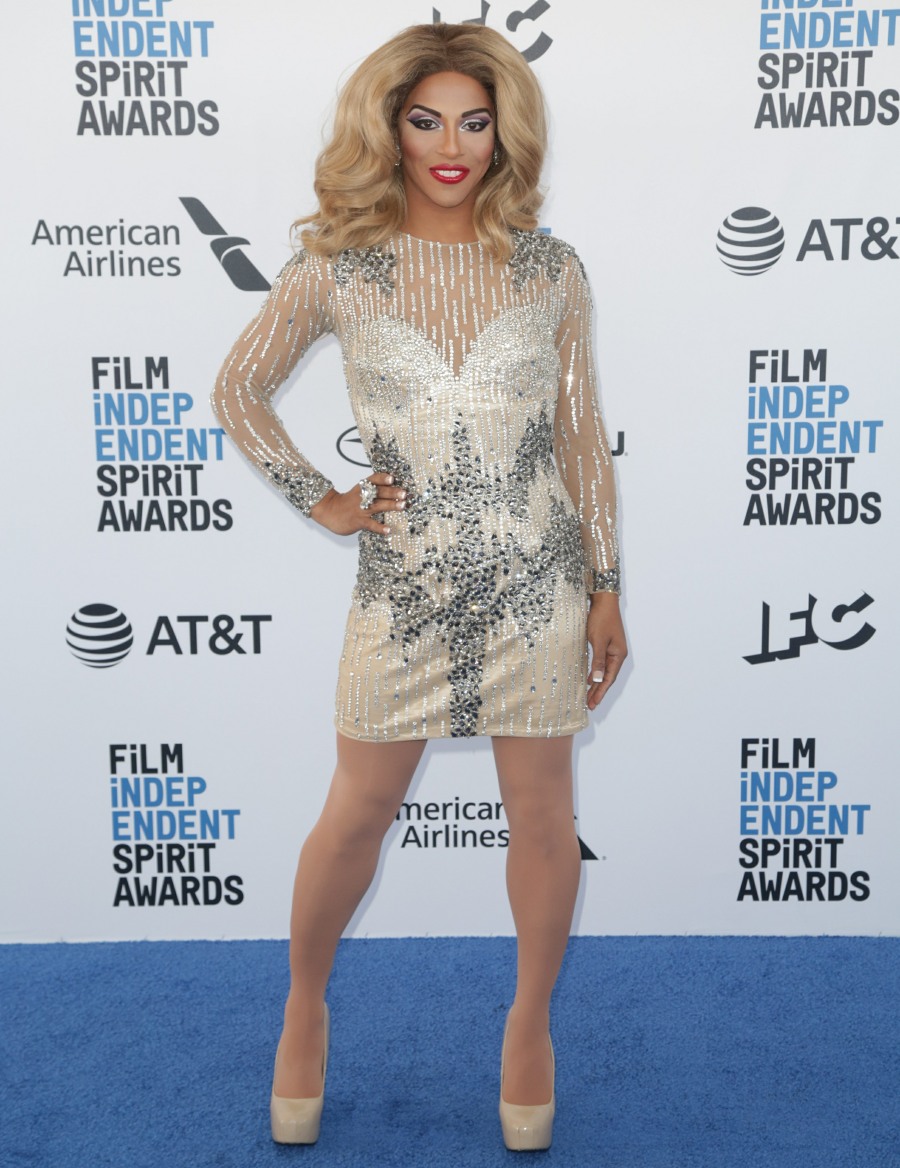