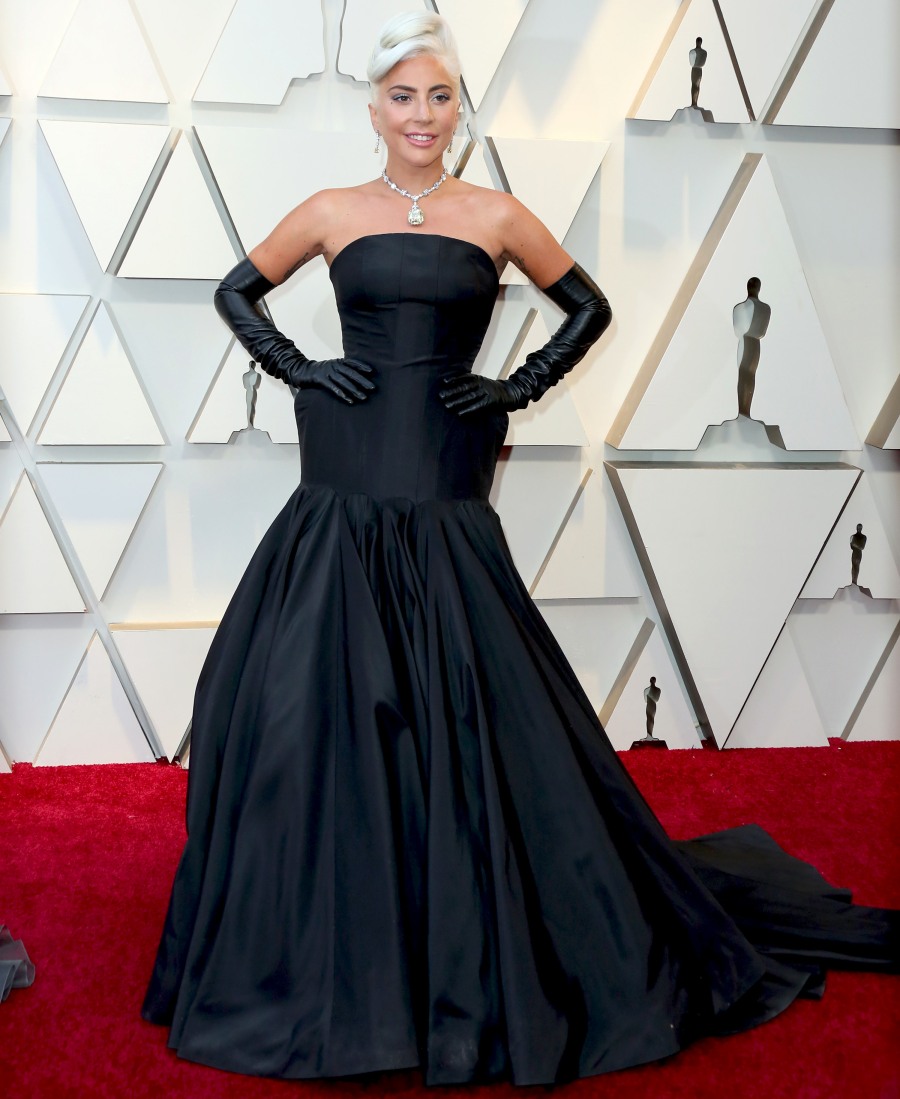 Every one of these Lady Gaga photos is cracking me up, oh my God. At some point, I just accepted that Gaga is always going to be over the top and extra and now I sort of enjoy her. Hell, she was one of the best parts of this year’s awards season. Gaga arrived at the Oscars in this structured Alexander McQueen gown and matching gloves. When she was on the carpet, I didn’t even really see the the stuff on her hips – what a weird look. I didn’t mind the gloves, by the way. I thought they went with the look. The biggest complaint is that Gaga is bright f–king orange, and her hair is too white-blonde. It’s just a blur of orange, white and black.

For the performance and for her Best Song win for “Shallow,” Gaga had already changed into a much more traditional gown by Brandon Maxwell. This was quite lovely, even though it had the feel of a goth prom dress. Yes, it was taffeta, but you could tell she was much more comfortable in it. She happily gave photographers several different poses backstage, especially with her “sitting a dress puddle and pretending to cry as she looks at her Oscar” pose. I’m telling you, she’s cracking me up.

For both looks, Gaga got to wear a massive necklace which was pulled out of the Tiffany’s archives. This necklace hasn’t been seen in decades. It’s the Tiffany Diamond, one of the largest cut yellow diamonds in the world, coming in at 128.54 carats. She paired the necklace with fancy vivid yellow and white diamond earrings.

As for the performance of “Shallow” – everyone was waiting for it, and the Oscar producers staged it beautifully. No shade, I loved this. It was dramatic and theatrical and well done. 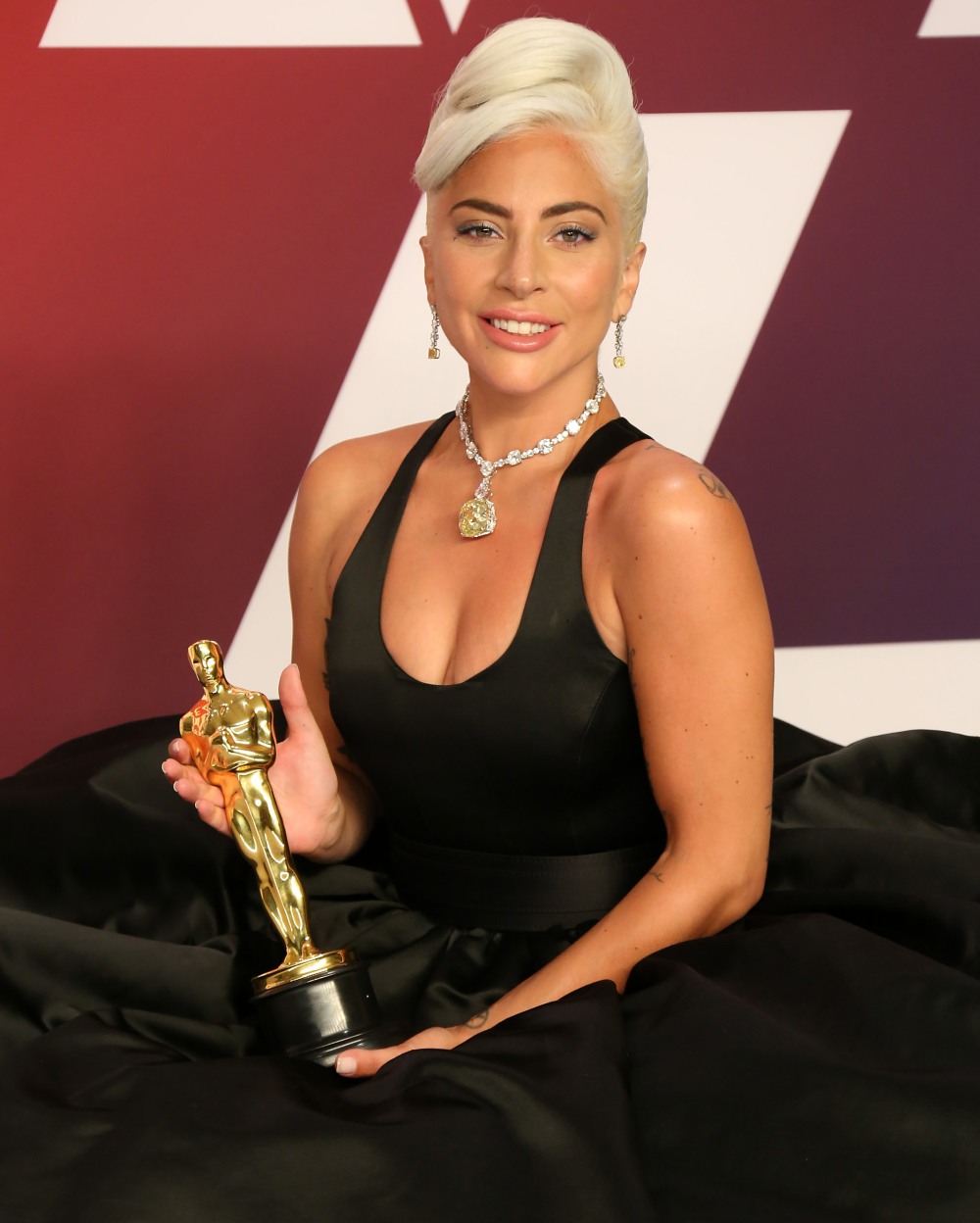 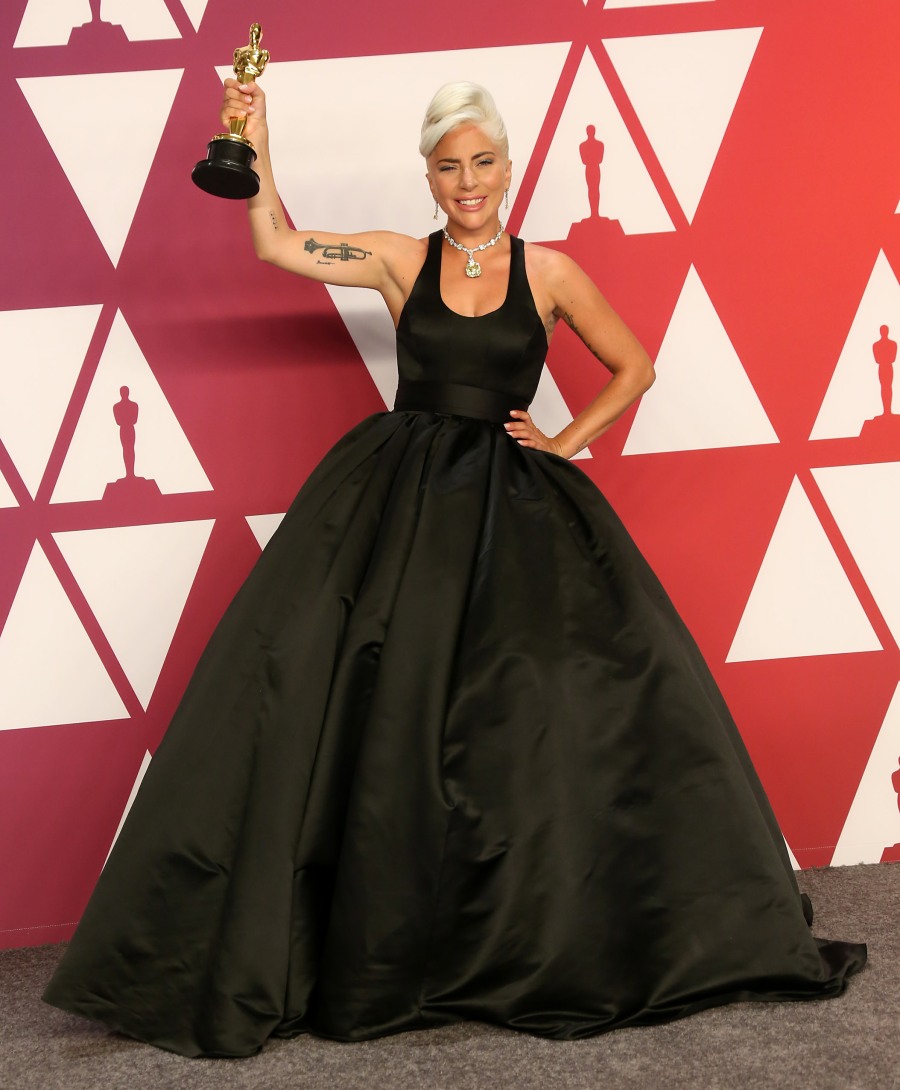 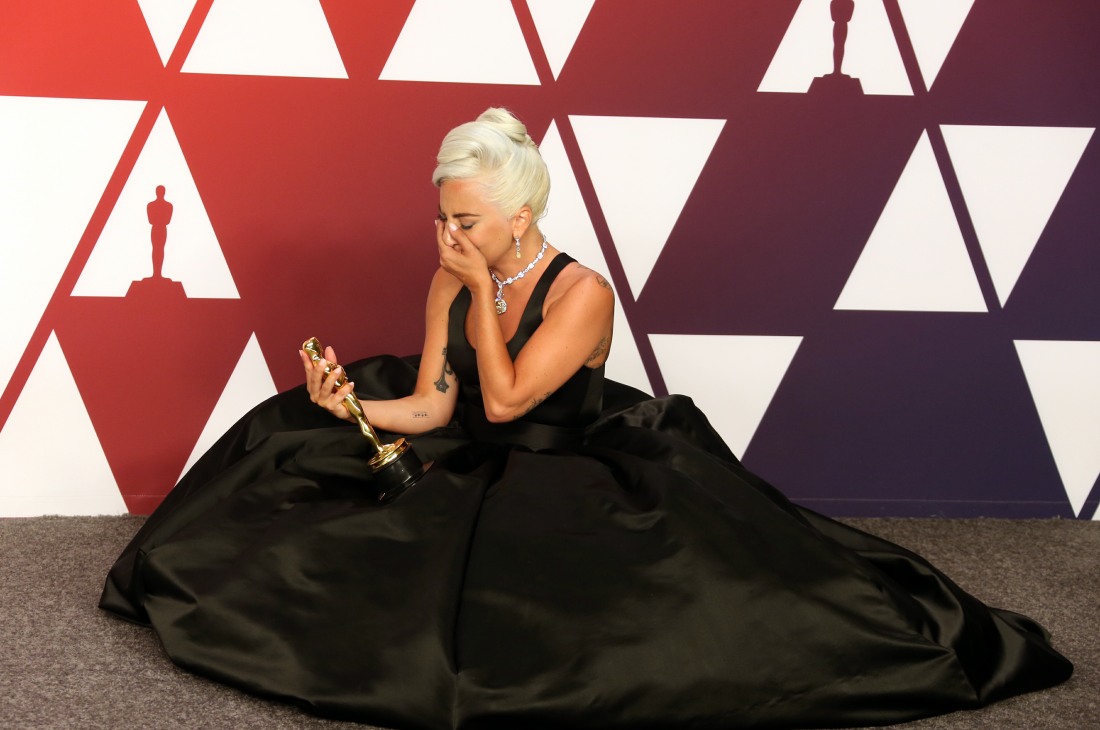