Michelle Yeoh in Elie Saab at the Oscars: traditionally pretty or just boring? 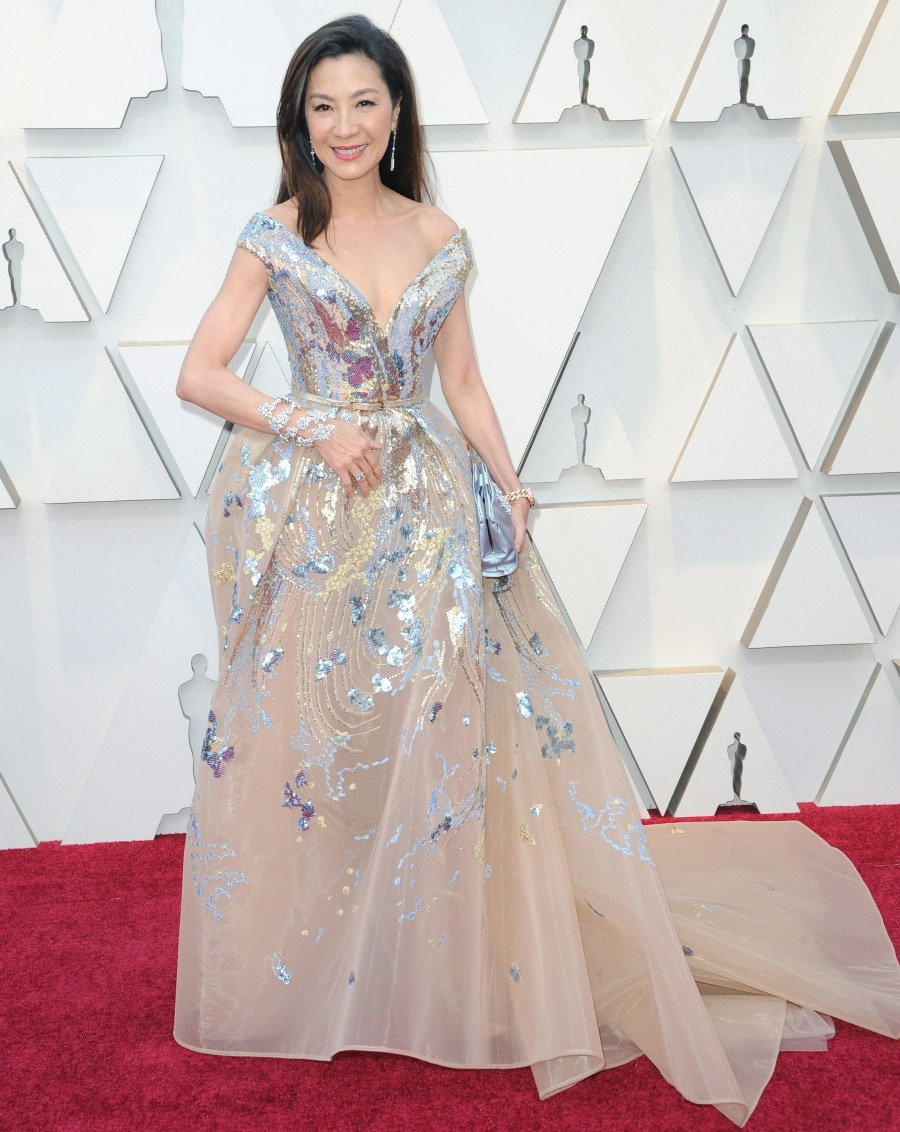 I said this on Twitter last night and I’ll say it again: I’m a fan of Elie Saab’s traditionally “pretty” gowns for events like the Globes and Oscars. Elie Saab is never going to make you gasp in shock. Elie Saab is never going to be the worst or the absolute best. But they churn out very pretty, flattering and old-school gowns for awards shows. I really like the Elie Saab gown Michelle Yeoh chose – it shows off her slim waist, it’s super-flattering, the detailing on the fabric is interesting and pretty. It’s just a nice gown. 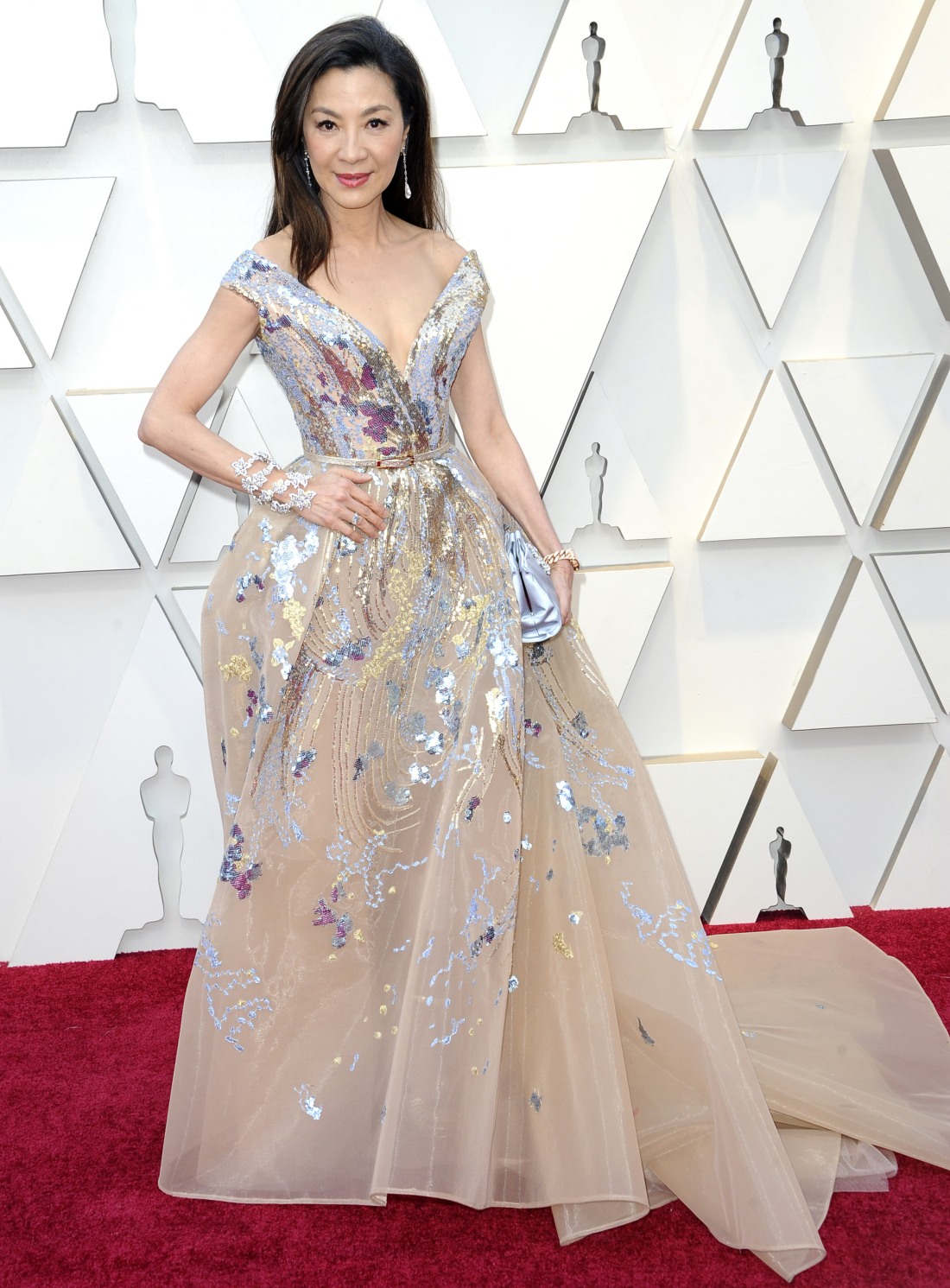 I sort of liked Jennifer Hudson’s Elie Saab on the carpet, in motion. It looked as she was walking. But in photos… it doesn’t look that great. Plus, I absolutely hated her scream-singing that song from RBG. 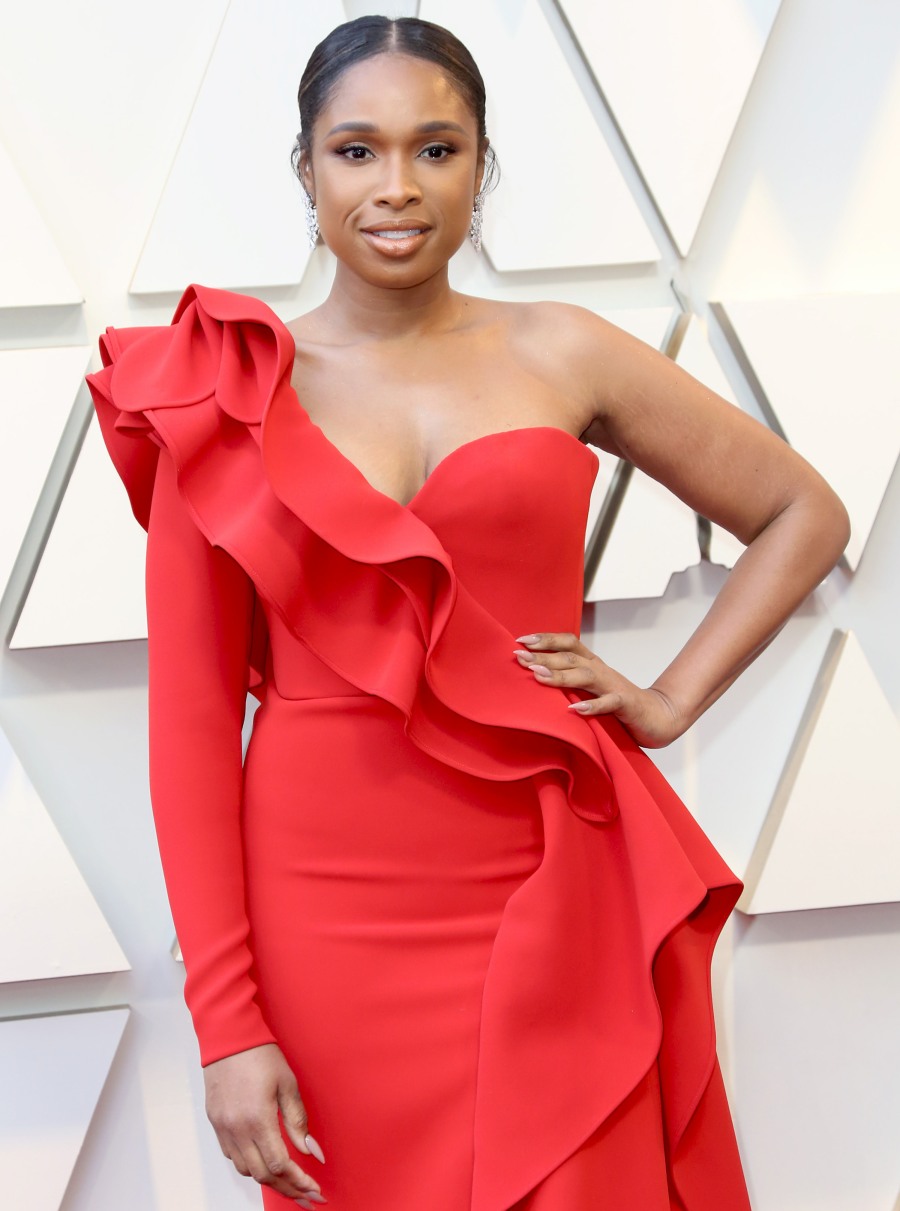 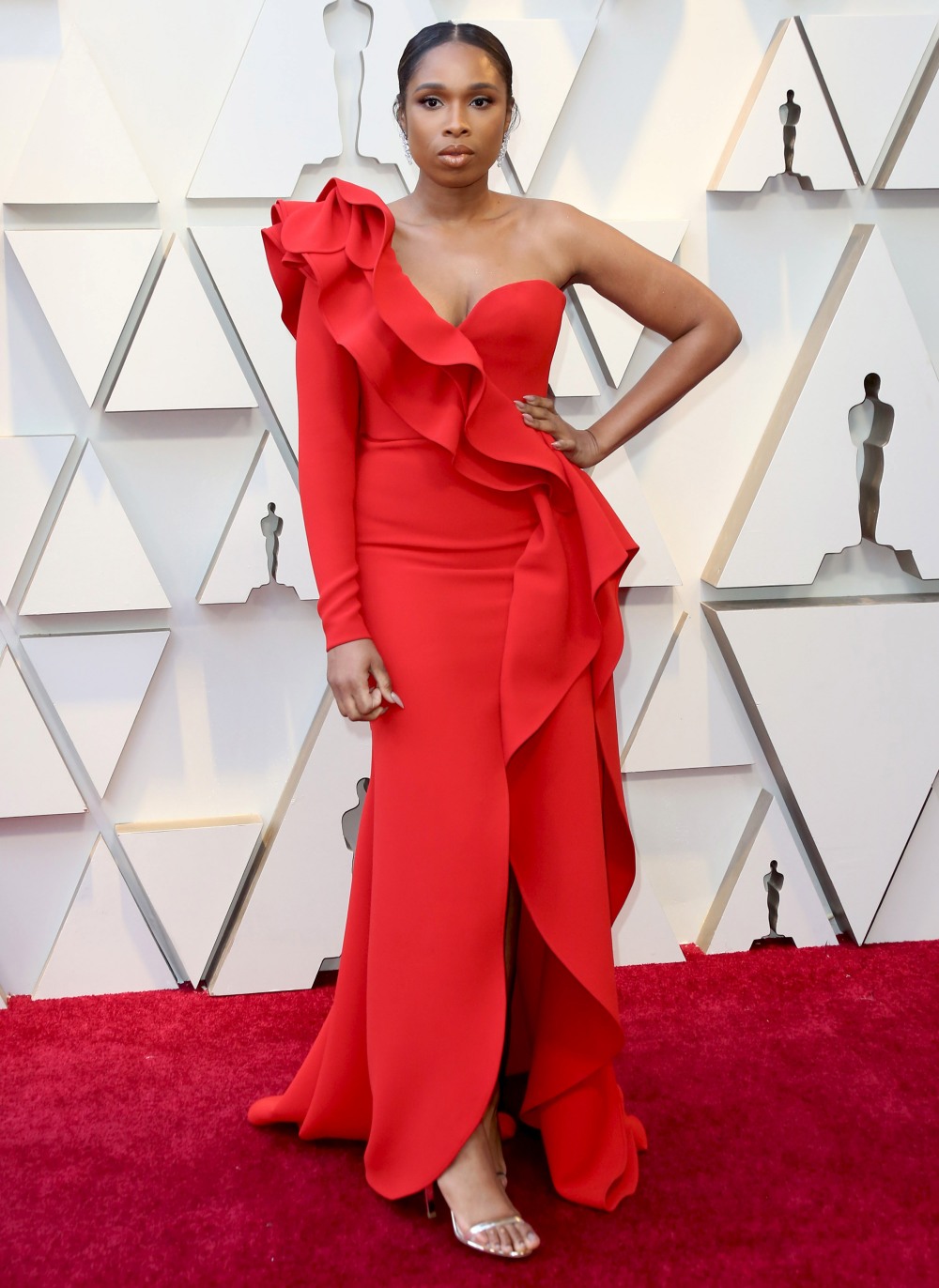 I wondered who would be the “big name” to come out to present Best Picture, and I wasn’t surprised to see Julia Roberts. Julia was actually supposed to be the centerpiece of an Oscar campaign for Ben Is Back, remember that? And that film went nowhere critically, and so Julia wasn’t around for the awards season. But she still had to show up at the Oscars! She wore this bright pink Elie Saab gown which… there was a lot of pink on the carpet. It was fine. She was on trend. It was sort of boring.

20 Responses to “Michelle Yeoh in Elie Saab at the Oscars: traditionally pretty or just boring?”