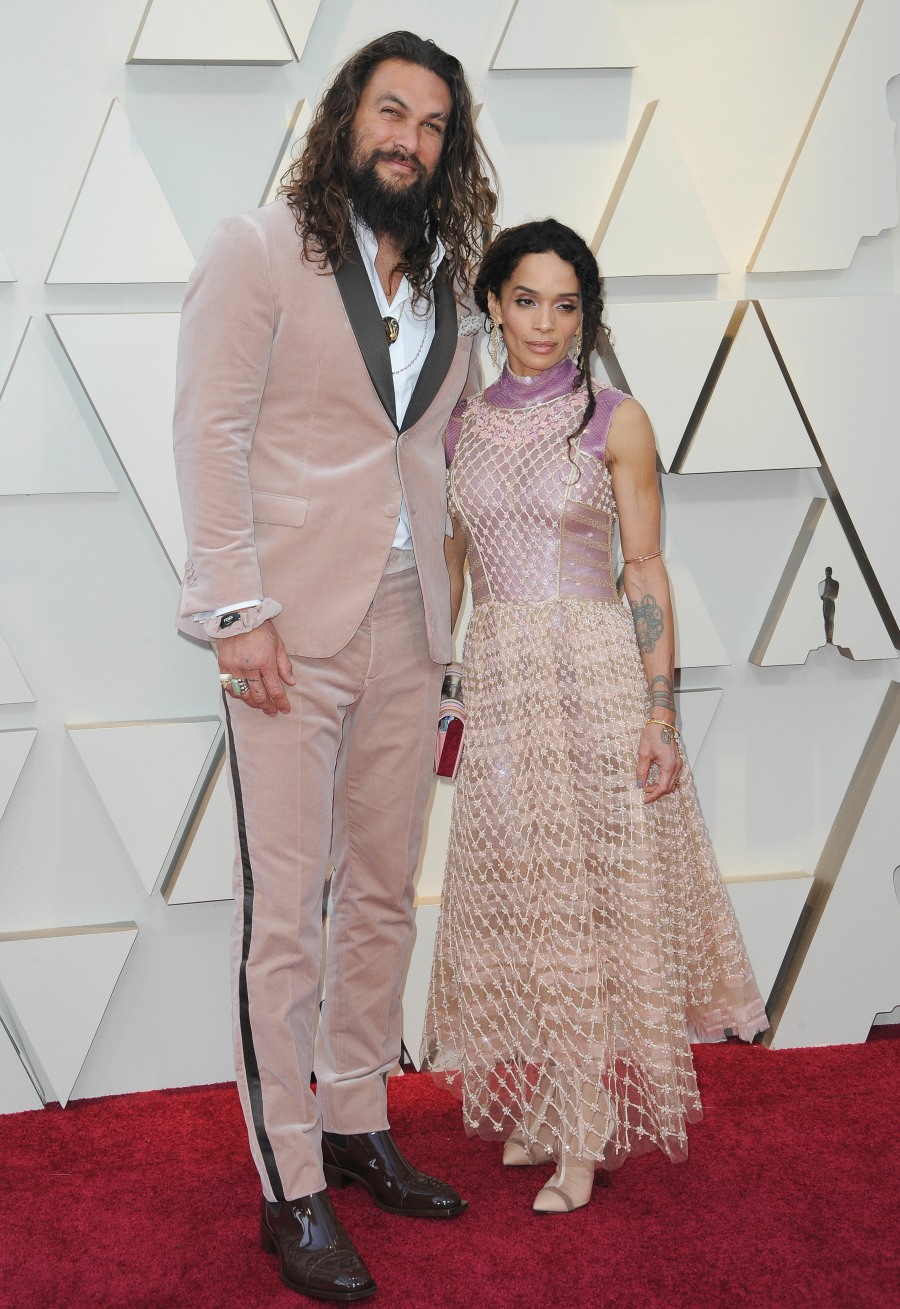 Jason Momoa and Lisa Bonet attended the Oscars together because he was a presenter. They wore his-and-hers Fendi, part of Karl Lagerfeld’s last collection with Fendi. That alone would make it memorable, but I genuinely loved that they MATCHED and both wore Millennial Pink. It felt like everyone on Twitter was talking about his scrunchie like it was a bad thing but I LOVED it. We actually got a promotional email about it – the scrunchie that Jason wore on his wrist was actually Fendi (for real) but Target wants you to know that they’re selling a version of the Jason Momoa pink scrunchie for $6.99. In Target stores now! Also: Lisa’s gown could have been so much better, right? 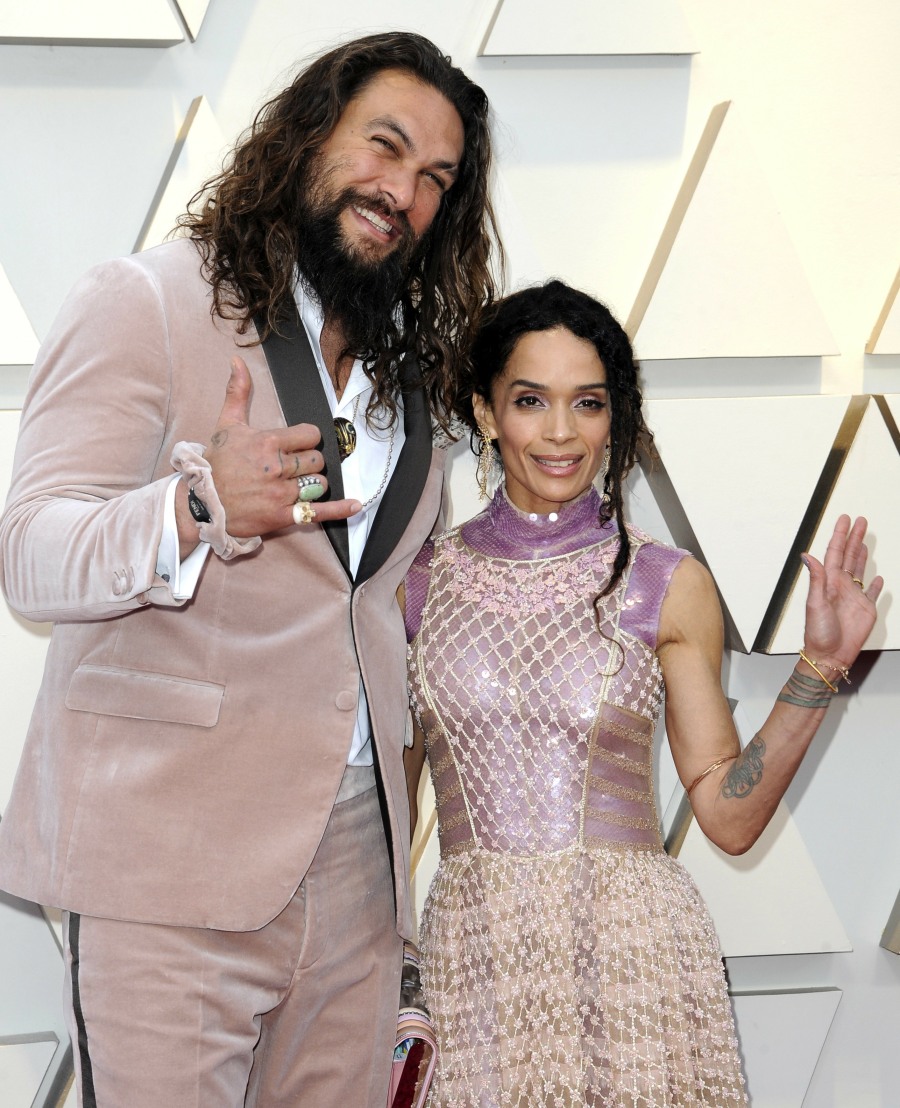 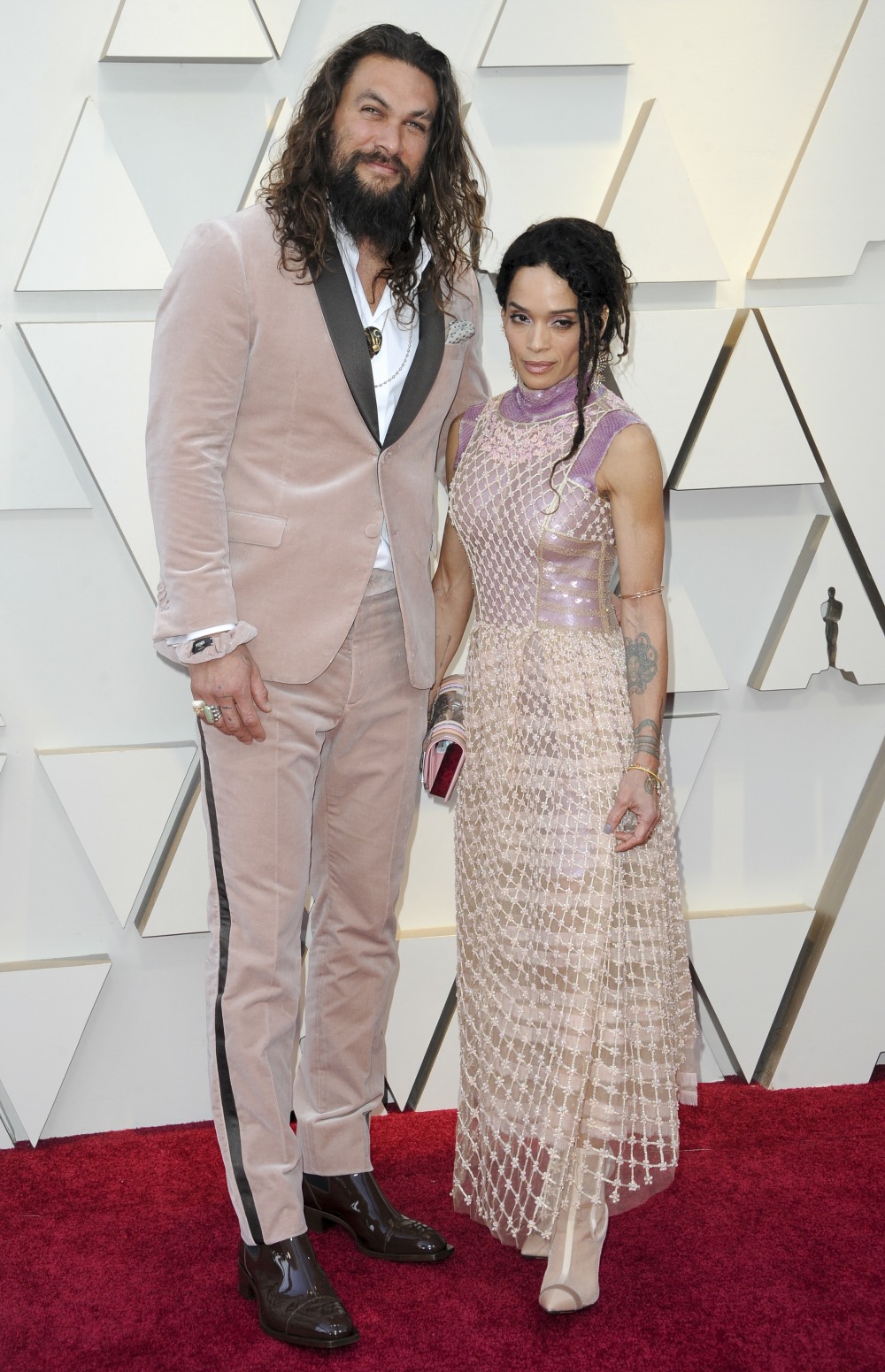 Queen Latifah in Mike Costello. I really like this? Pretty, conservative, flattering, totally appropriate for an Oscar presenter. 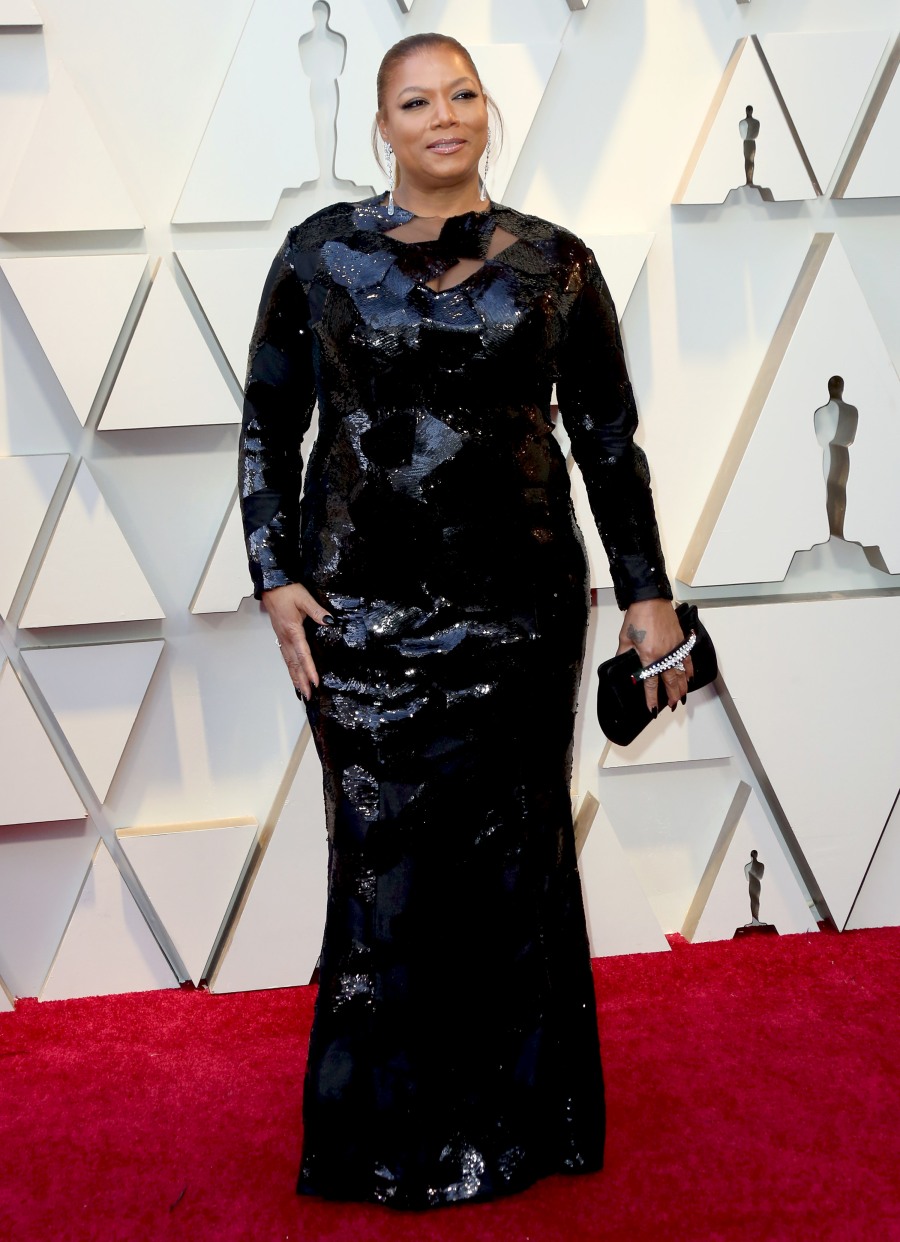 There were a lot of conversations coming into this year’s Oscars about how unmemorable last year’s acting winners were. It’s true for the most part, although I maintain that Allison Janney deserved her Oscar, and that she won her Oscar for decades of outstanding film and TV work. Allison returned this year as a presenter and she chose this simple Pamela Rolland gown. Classic, lovely. 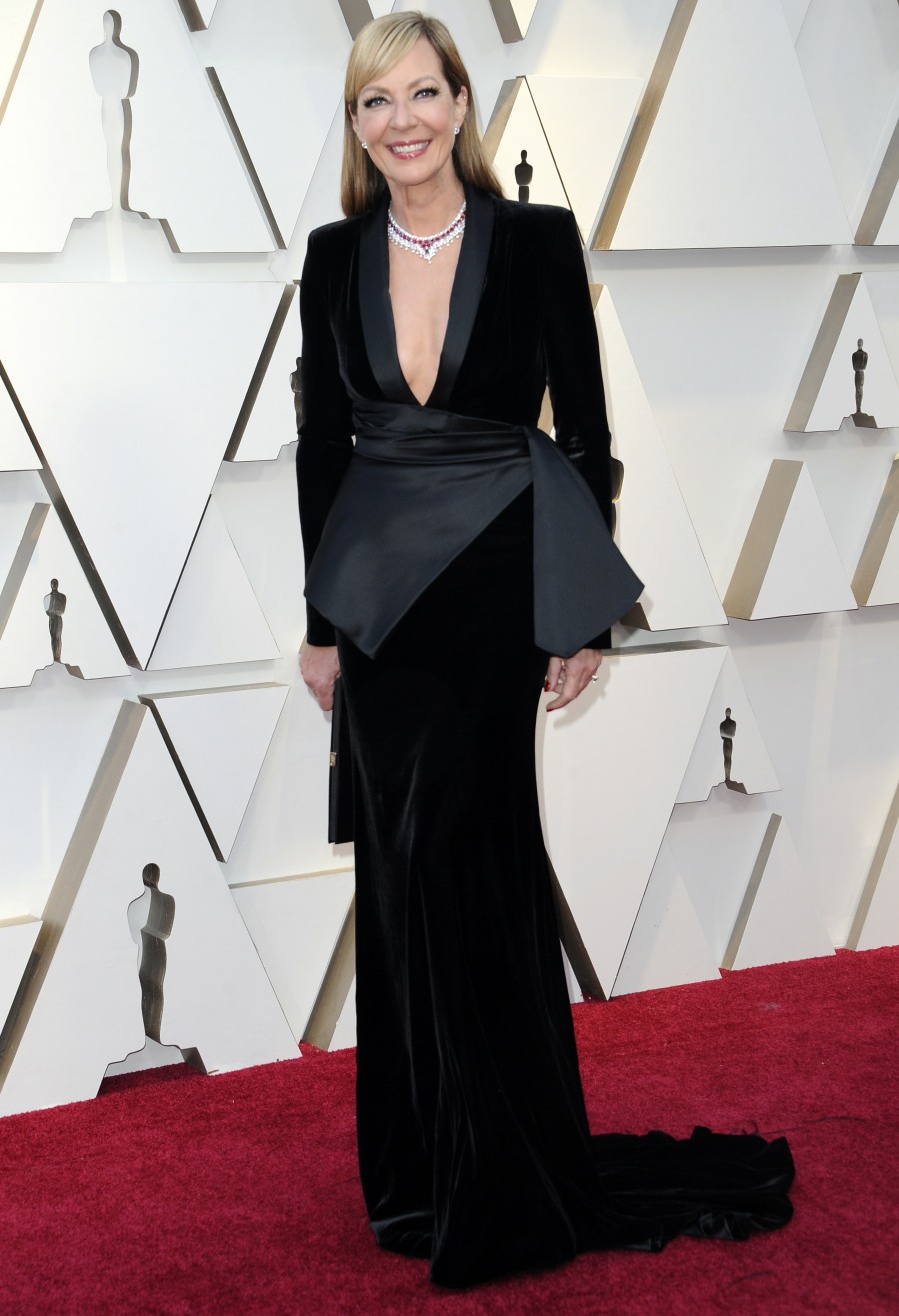