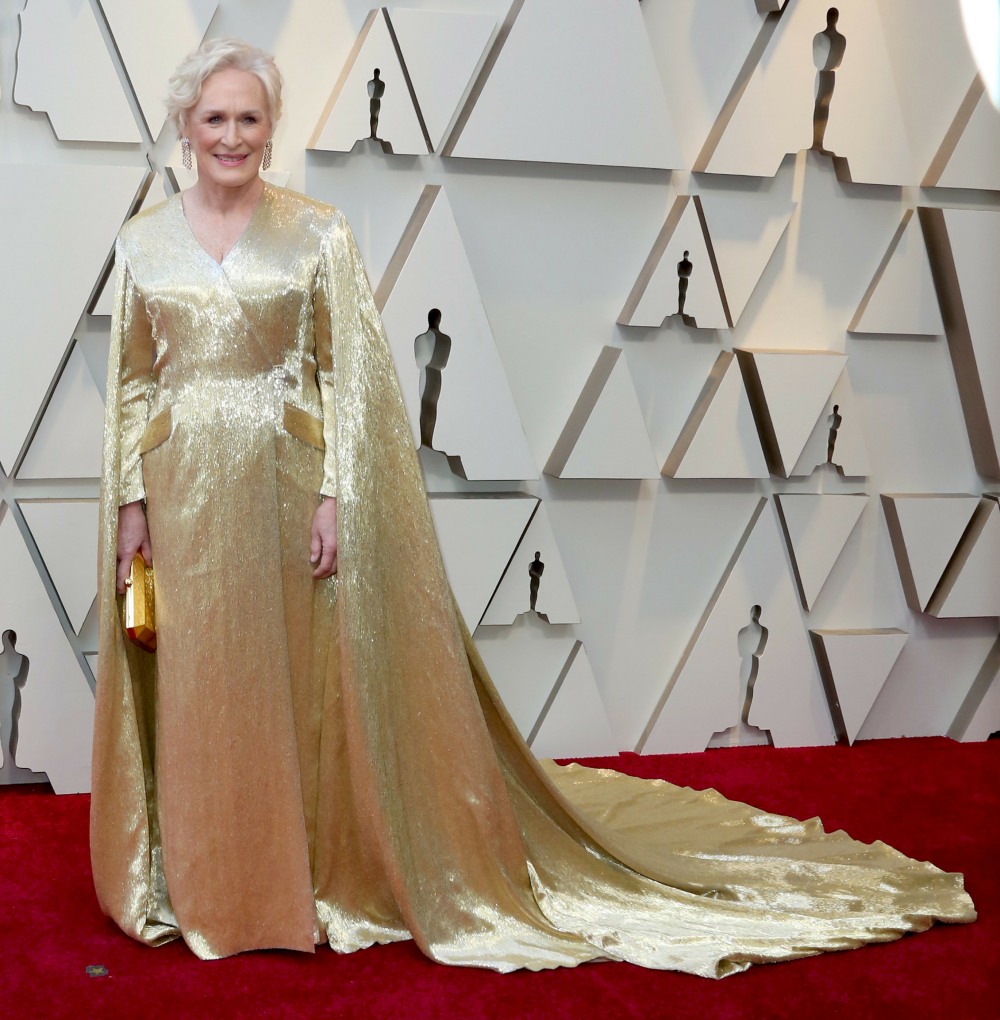 No matter how many awards shows I’ve watched, I always believe that most of the “shock” reactions from actors and actresses are faked for the cameras. Lady Gaga faked her reactions for every award she won this awards season. Regina King didn’t fake it, she thought she would win but she was moved to tears all the same. But let me tell you: Olivia Colman winning Best Actress over Glenn Close was a SHOCK. And Olivia Colman truly didn’t expect it. Neither did Glenn. Neither did the entire audience. When her name was announced, Colman jumped like someone zapped her with some electricity. To her credit, Glenn seemed magnanimous when the camera did cut to her during Olivia’s speech.

Glenn really thought it was going to be her year. She had every right to that belief, and while I loved The Favourite and Olivia Colman, I’m absolutely gutted for Glenn. The Wife was a great movie too. Glenn dressed the part of the Oscar winner too – she wore this 42-pound gold Carolina Herrera gown because she thought she would be photographed holding the Oscar all night. *choking sobs*

Olivia Colman hasn’t had good fashion sense the entire awards season. That usually happens when a British actress suddenly has a big success in America – it takes them a minute to hire a stylist who knows what they’re doing. I remember a time when Helen Mirren was a mess too, in the ‘90s. Then she hired a stylist. That’s all Olivia needs too. Olivia’s gown is Prada and it’s unmemorable. Her speech, on the other hand, was very memorable. Watch Lady Gaga as Olivia’s name was announced – Gaga was SHOOK! 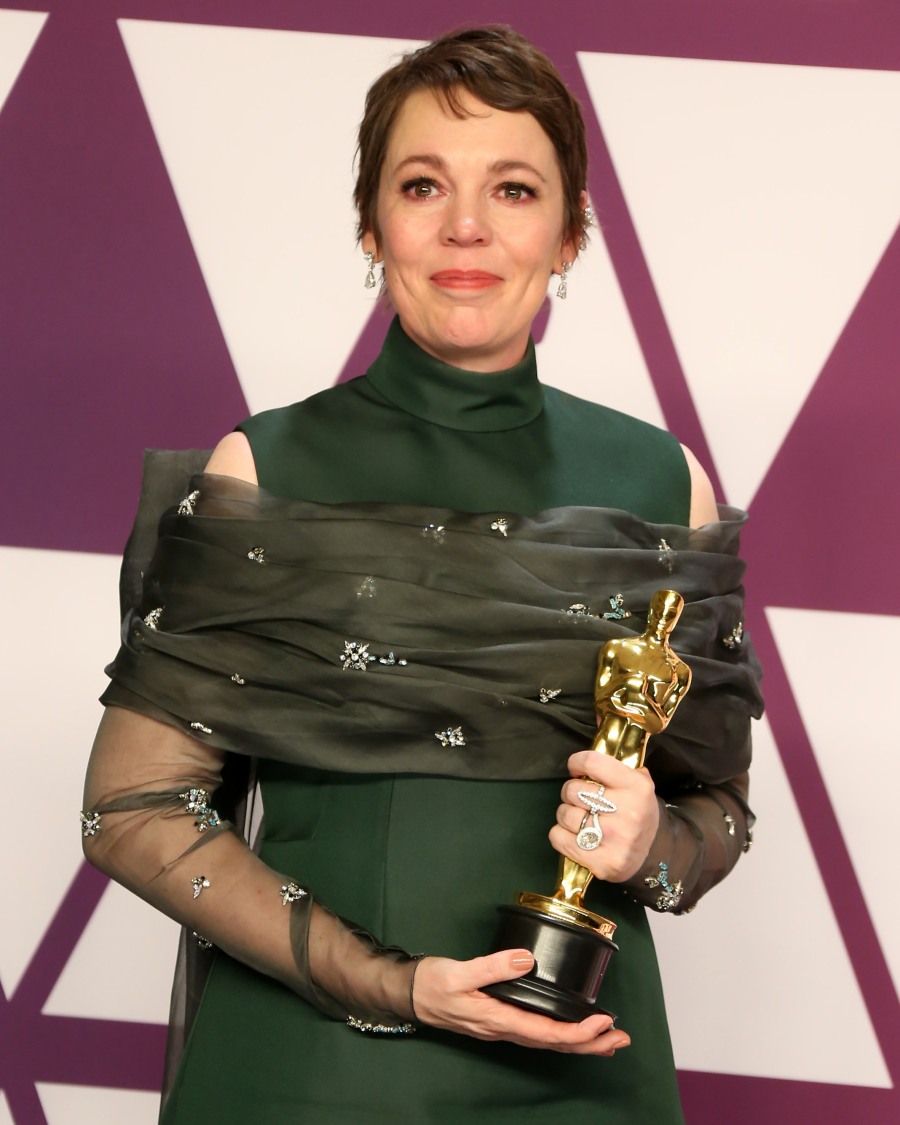 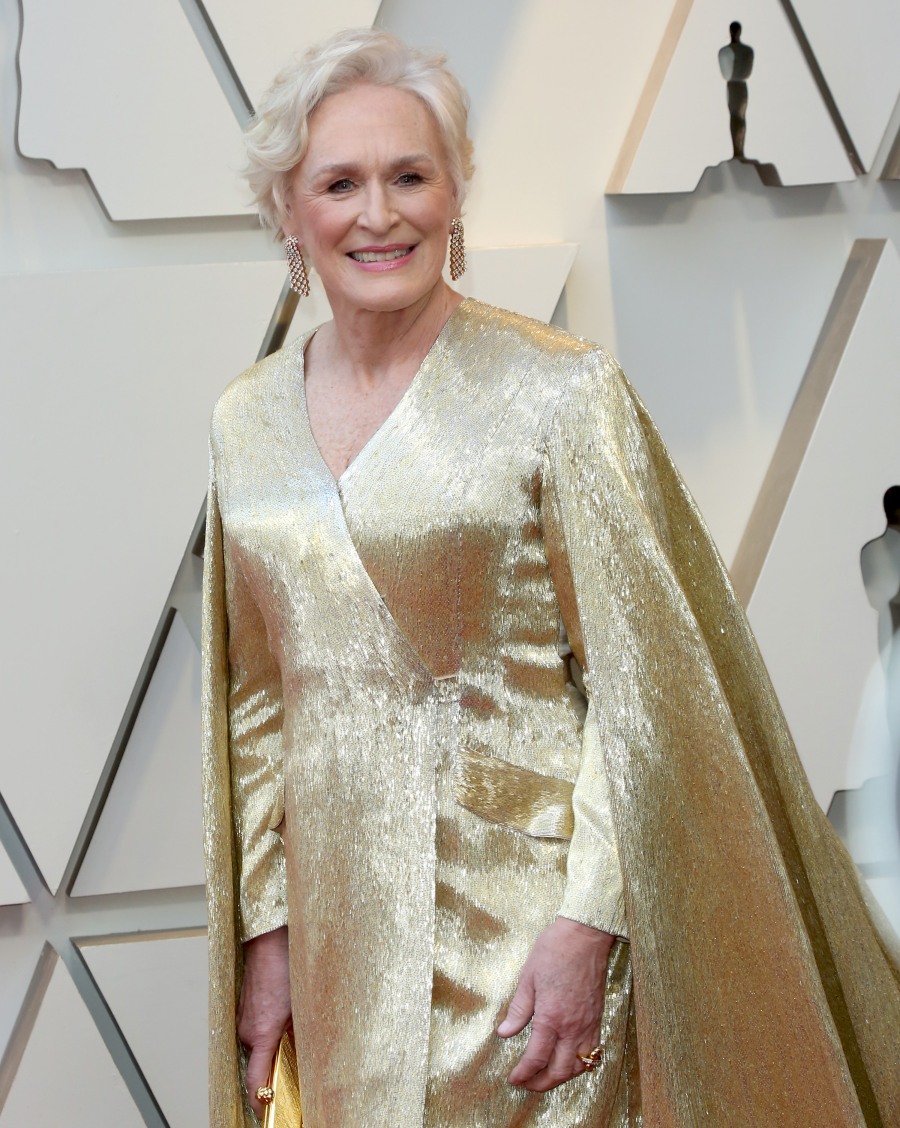 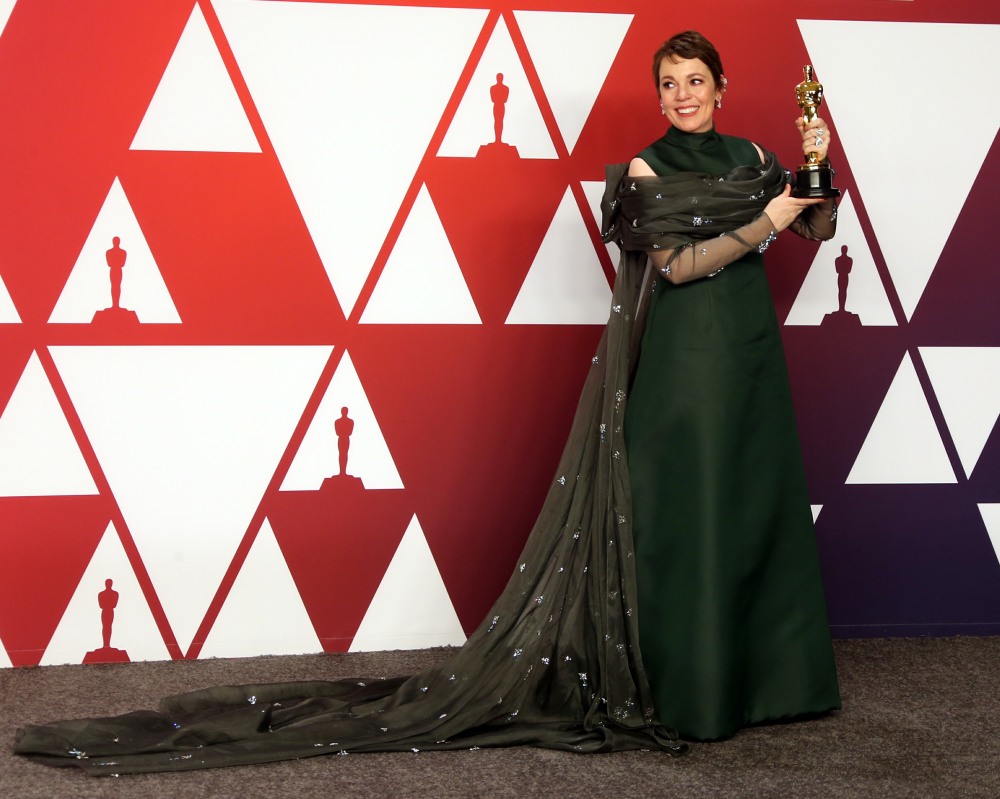 48 Responses to “At least Glenn Close dressed like an Oscar winner in gold Carolina Herrera, sob”