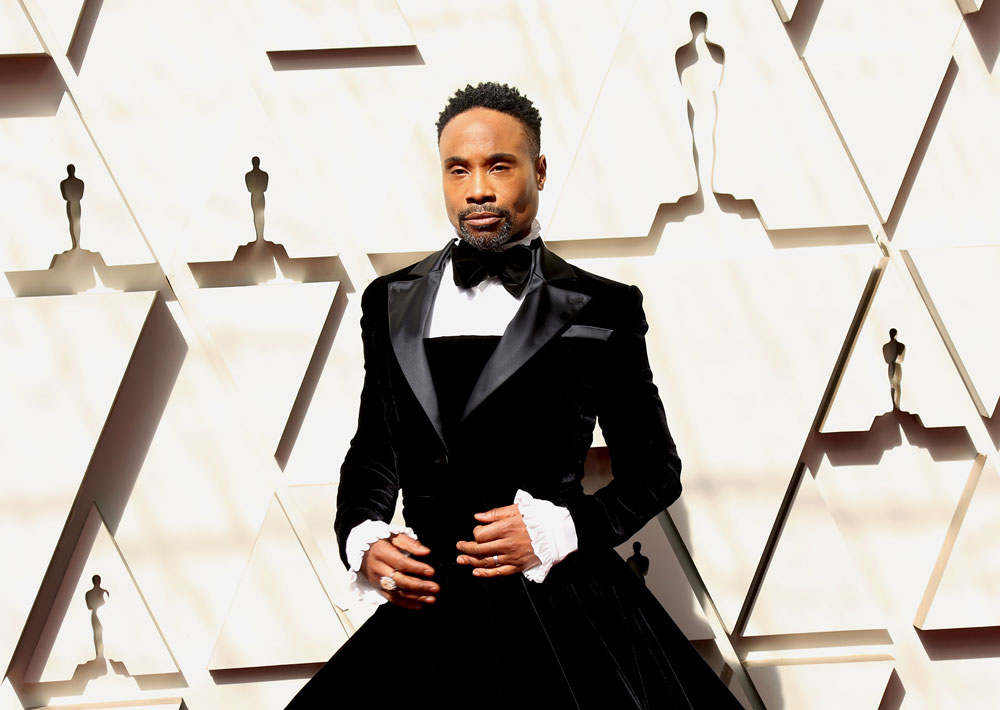 Christian Siriano works so hard on the fashion for awards and he’s in high demand as he’s one of the few designers who dresses all women, not just the smallest ones. Last night he made headlines and history by being the first designer to dress a man in a gown for the Oscars (he said he didn’t think any man has worn a gown on the red carpet, but I remember those South Park guys wearing dresses to the Oscars in 2000 to poke fun, which is not the same). Christian said on E! that he made this gown in just a week and that it’s a strapless corseted gown underneath a jacket. He said “Billy wanted something different, wanted to push the boundaries.” It’s amazing.

Billy explained his decision to Vogue and you can read his full interview there. He said he’s always loved fashion, that he wanted to push gender boundaries and that he’s always wanted to wear a ball gown. He approached Christian about making him one, he was game and this is the result! I can’t believe it only took a week. I would say that the ruffled collar and sleeves are a bit much but that’s what they’re going for. 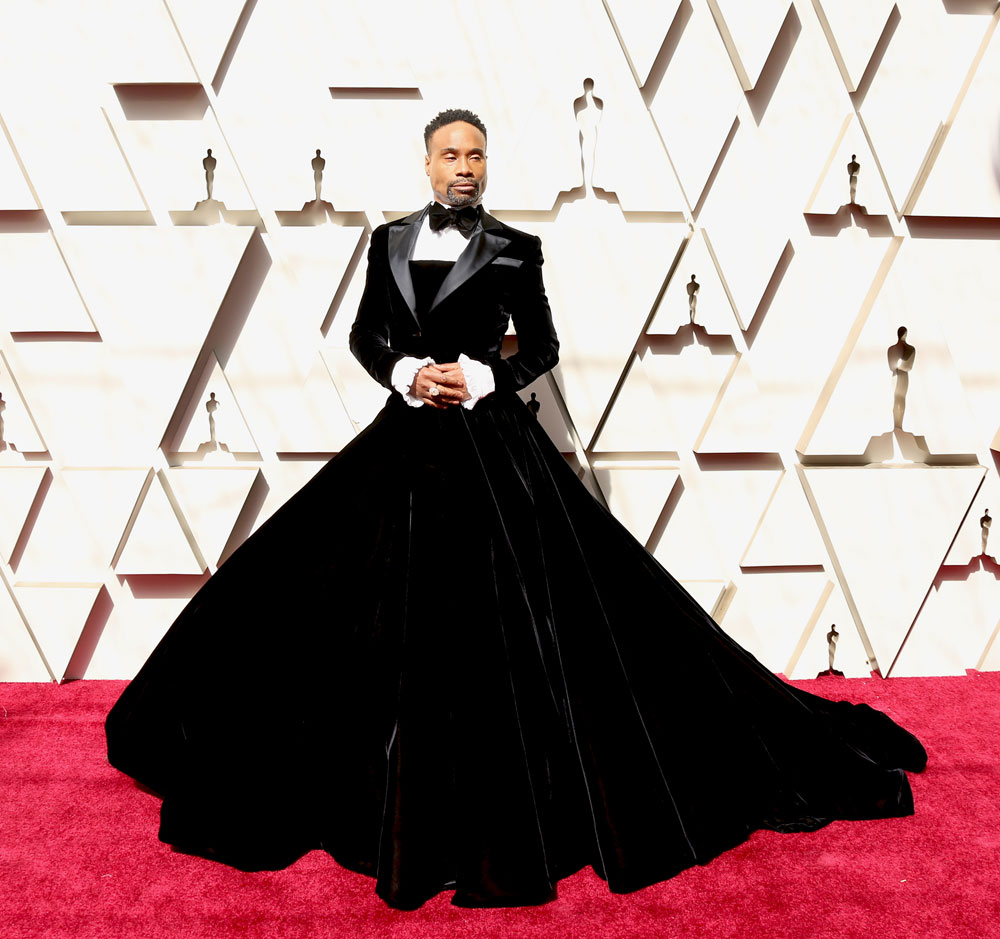 Also in Christian Siriano was Danielle Macdonald from Dumplin’. This is sustainable, the Siriano people sent us an email that says it’s “red cotton crepe vegetable dyed fabric with recycled tulle for the sleeves and minimal waste for the skirt and top.” It’s a great color and I like the fabric but it definitely needs fitting in the bust area. It’s like she needed another visit for tailoring. 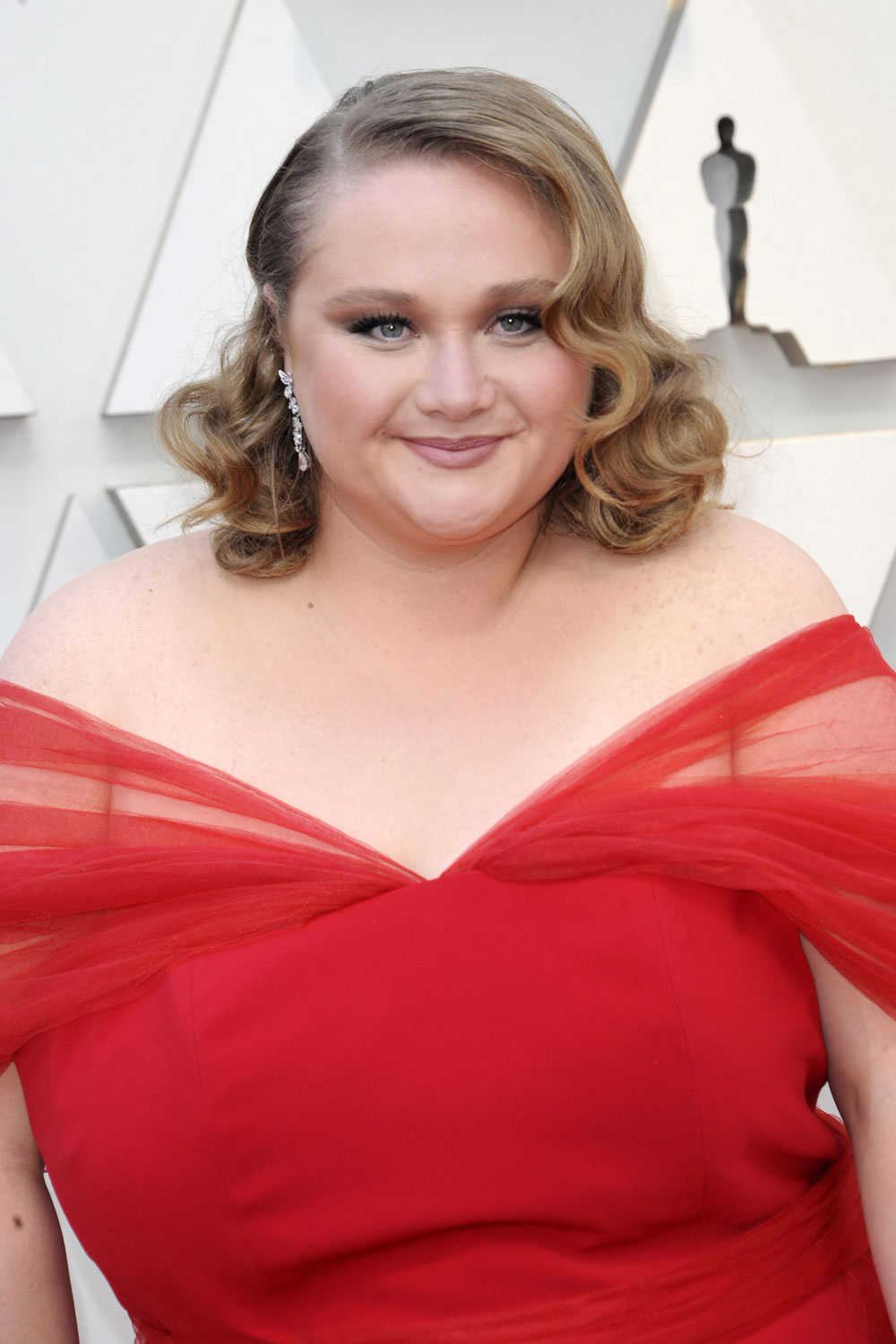 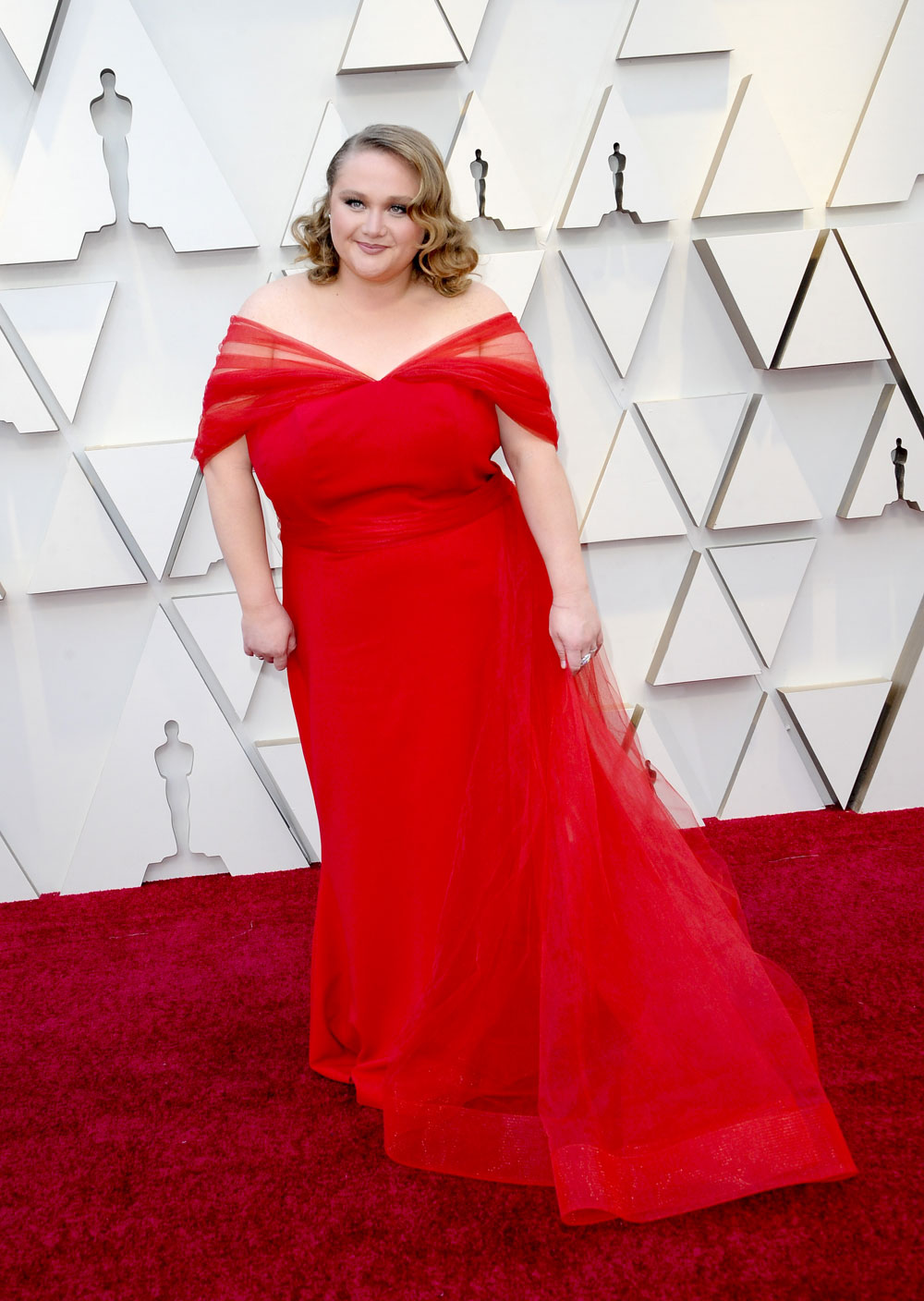 Octavia Spencer has been loyal to Tadashi Shoji for years but she’s been branching out lately. This year she was in a navy blue sequin Christian Siriano gown with draped shoulders. This is really pretty I like it. 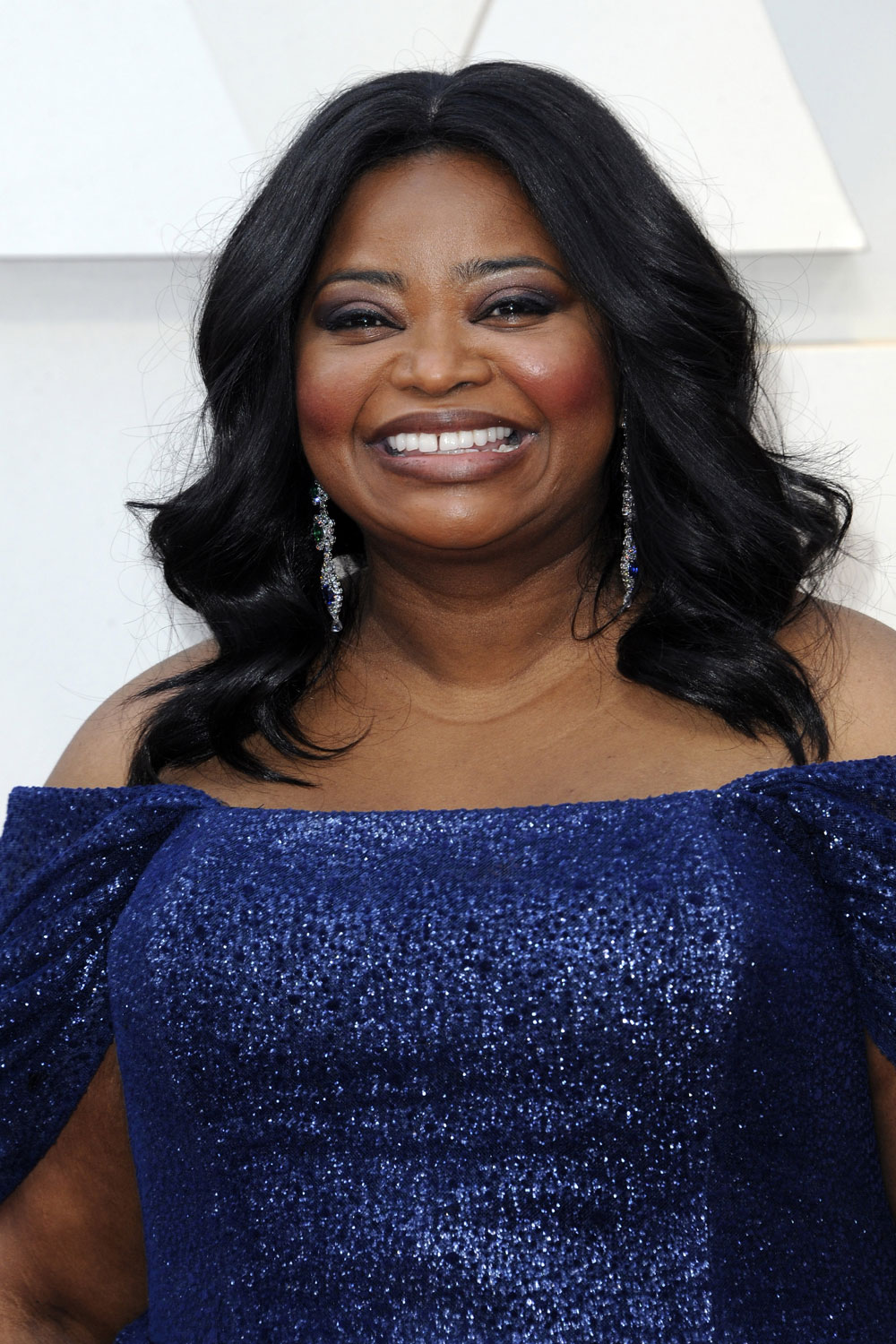 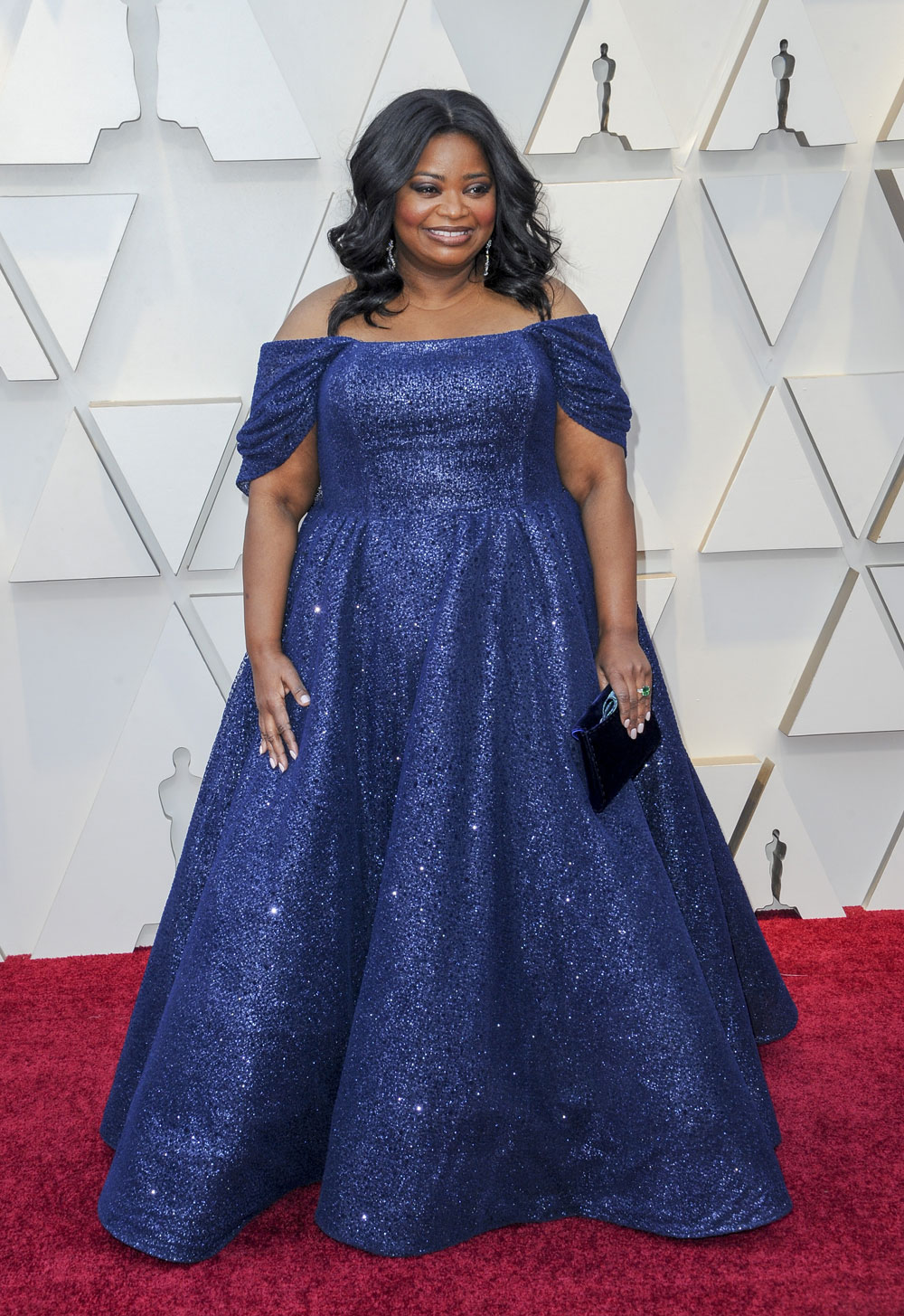 Best moment of the night wasn't even part of the show 🤣🤣🤣