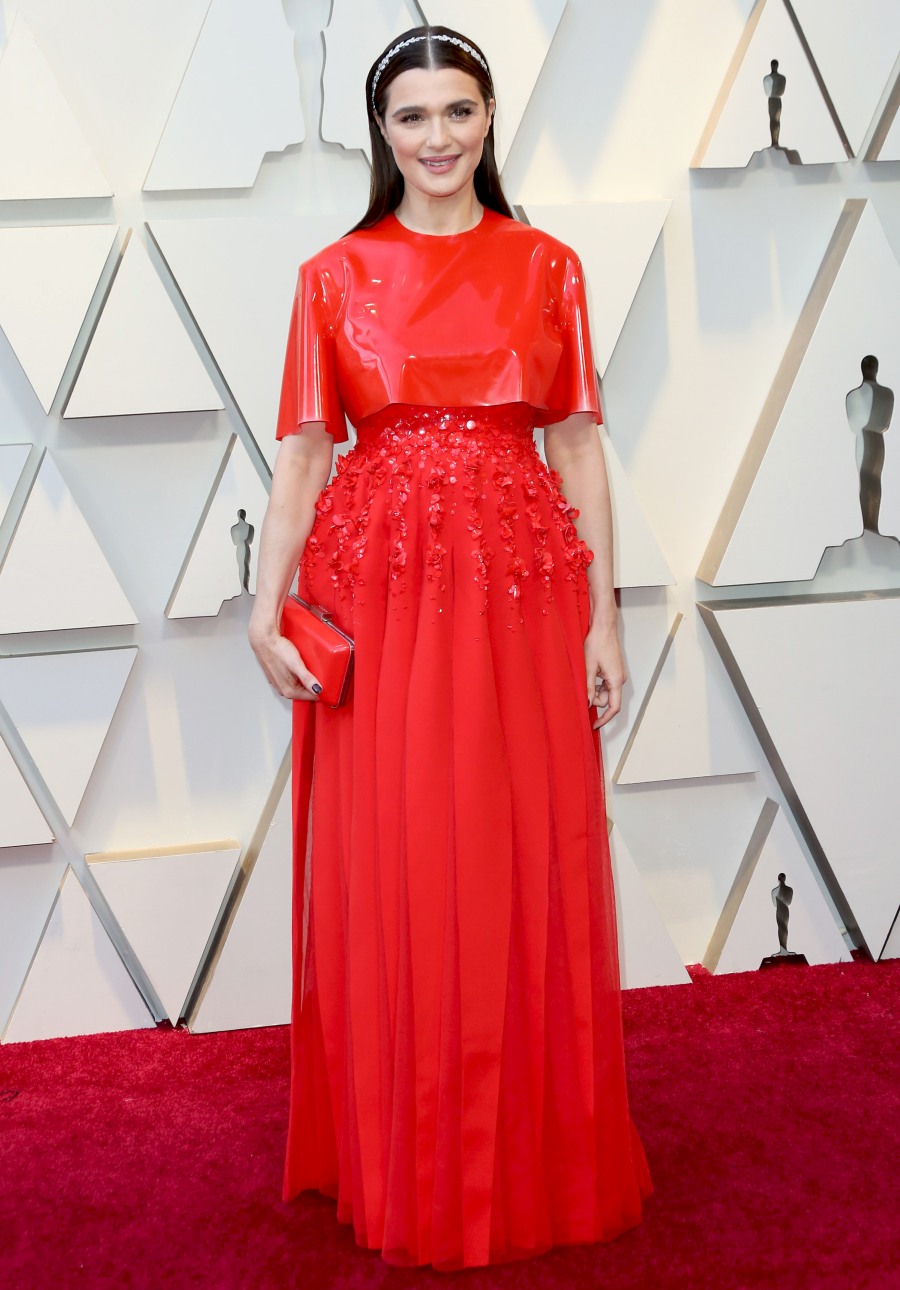 Rachel Weisz was an Oscar nominee for The Favourite, and we have high fashion expectations for our Oscar nominees, especially when they’re famous for being fashionable. Years ago, I would have said that Rachel could wear anything and she would look stunning. That was before Givenchy gave her an orange PVC raincoat and reworked it into some kind of tragic gown. Honestly, I will feel the sting of this disappointment for a long time. To add insult to injury, that diamond headband is completely nonsensical with this dress. 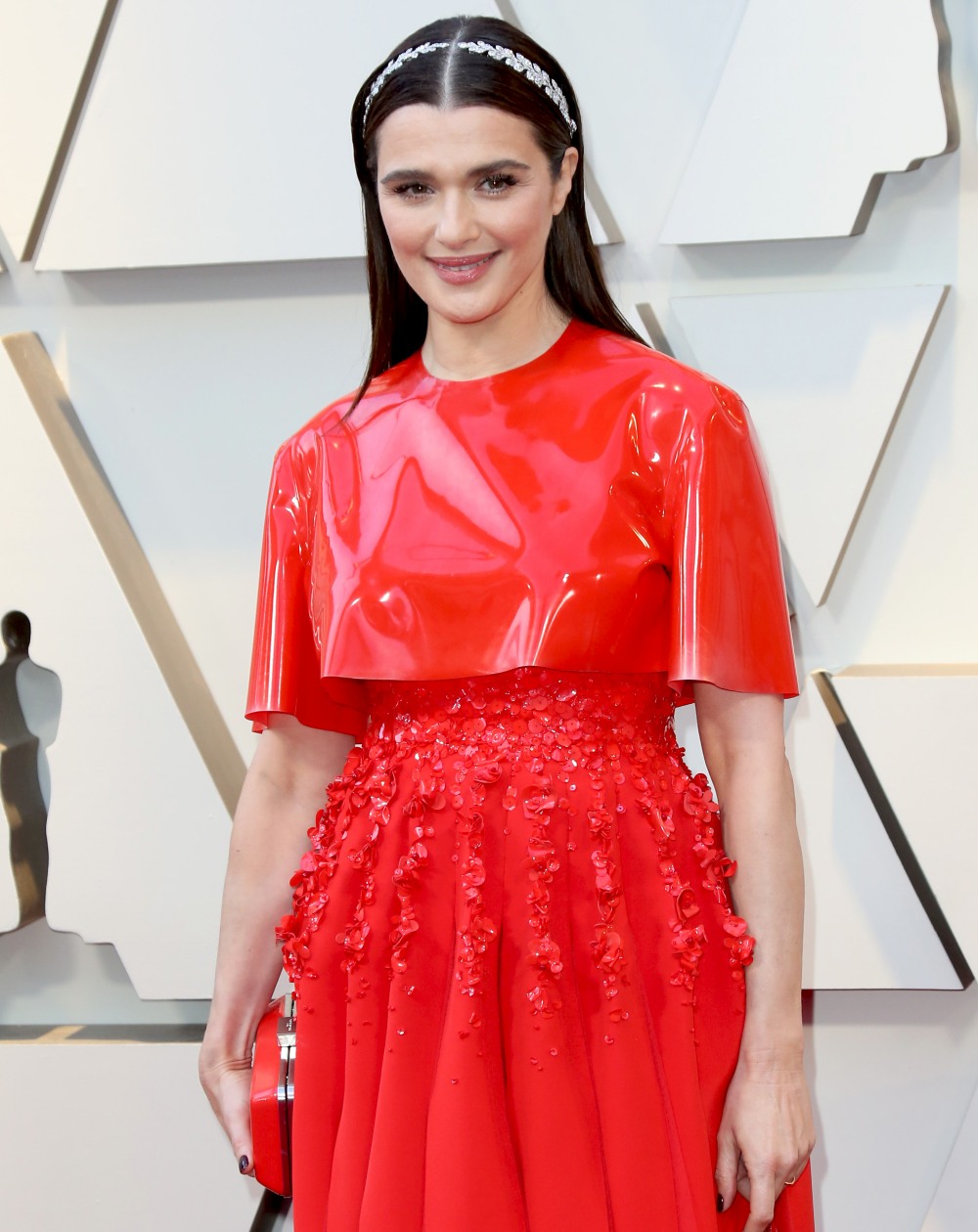 Amy Adams lost again! Ugh. It felt like Glenn Close was going to be the example for Amy, that eventually Amy would win an Oscar for her career’s work when she gets older. But no, Amy can’t even have that. Amy knew she wasn’t going to win too, that’s why she chose this boring Versace. Again, it’s not a bad dress and it flatters her figure and it’s even a tad “racy” for wholesome Amy. But it’s mostly just there, kind of bland and inoffensive. The necklace is bad though. 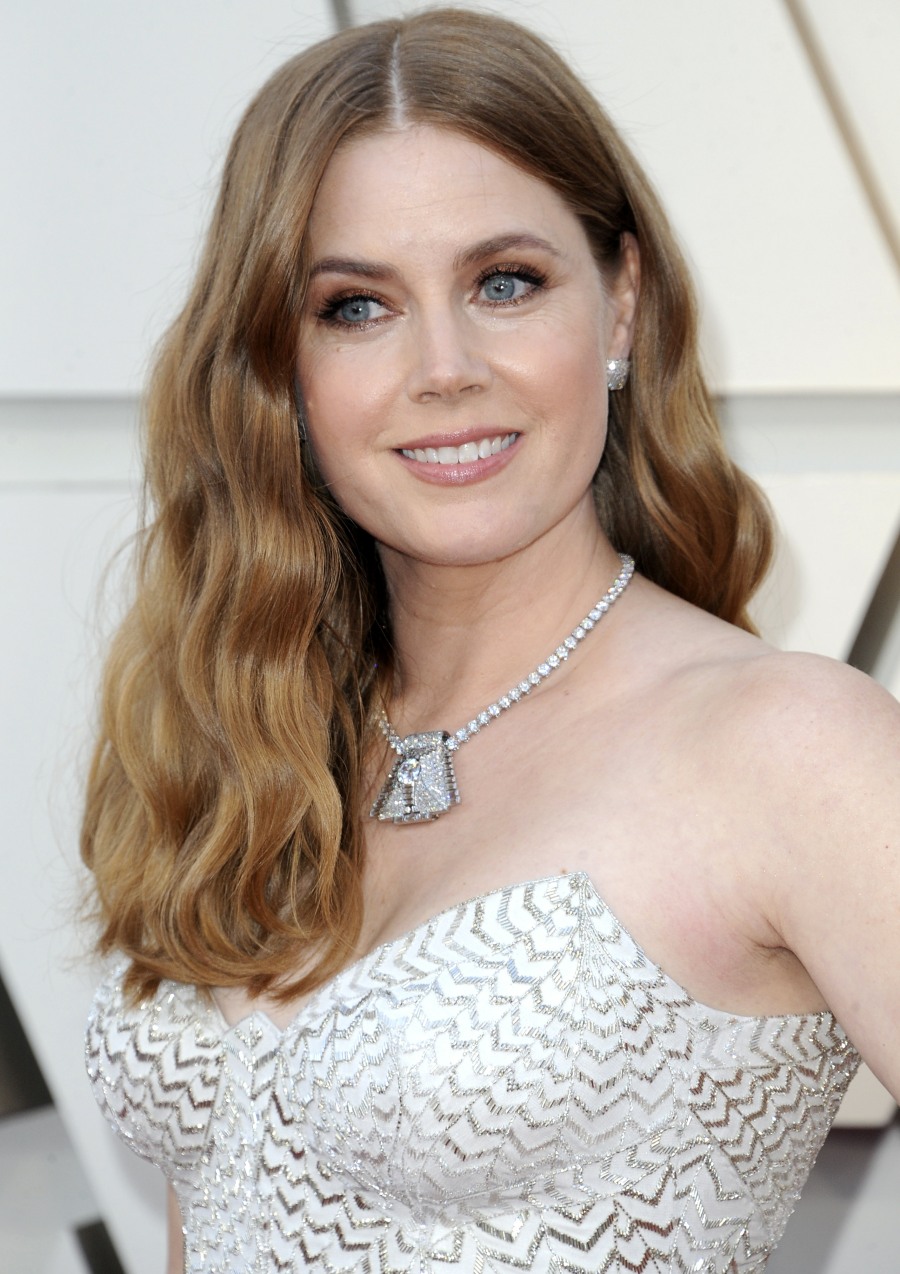 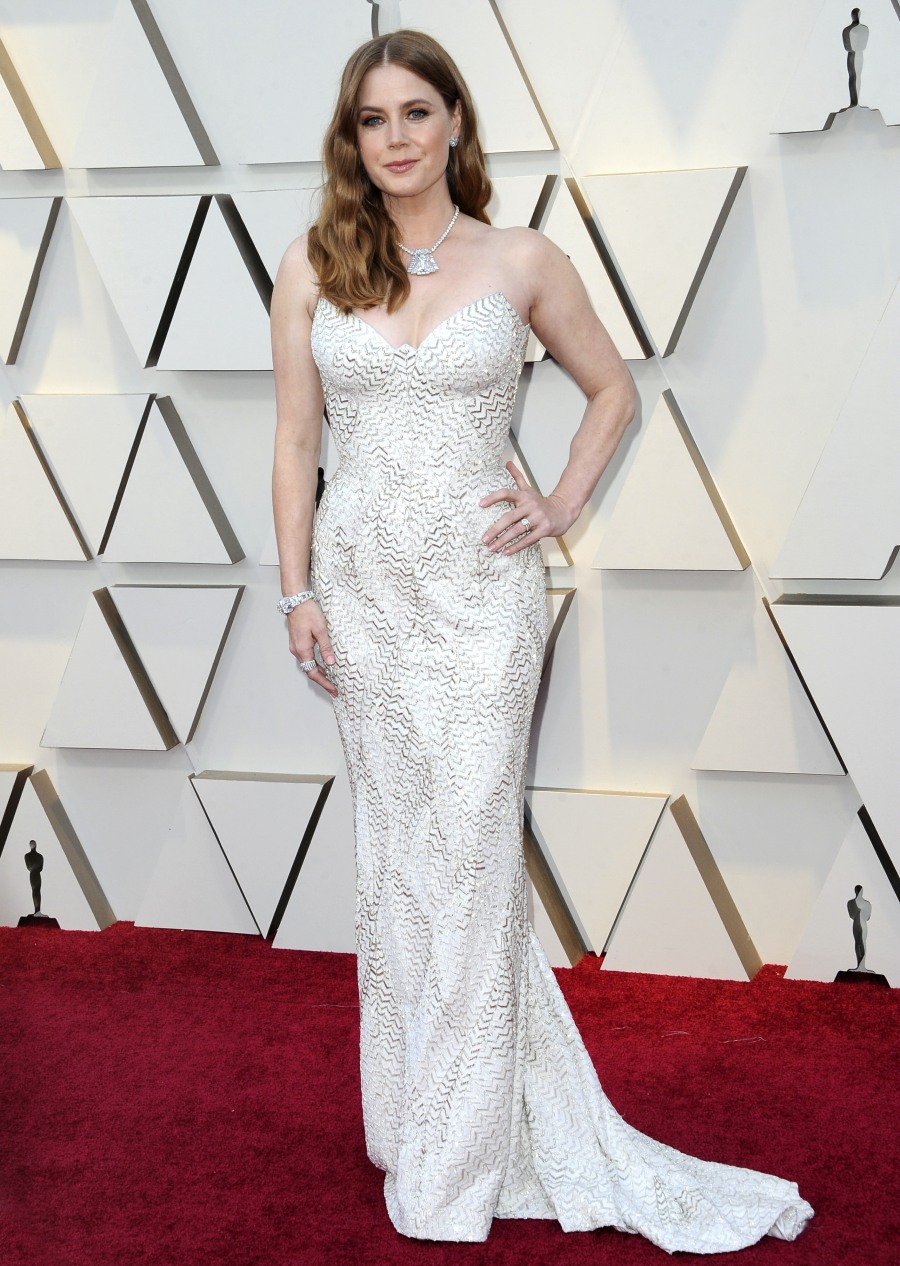 Kiki Layne has been killing it throughout the awards season, so I actually had high hopes for her Oscar look. I was underwhelmed by this Versace though. I like that it’s not a total body-con column, but the fabric roll business at the back is just… a bad design trick. 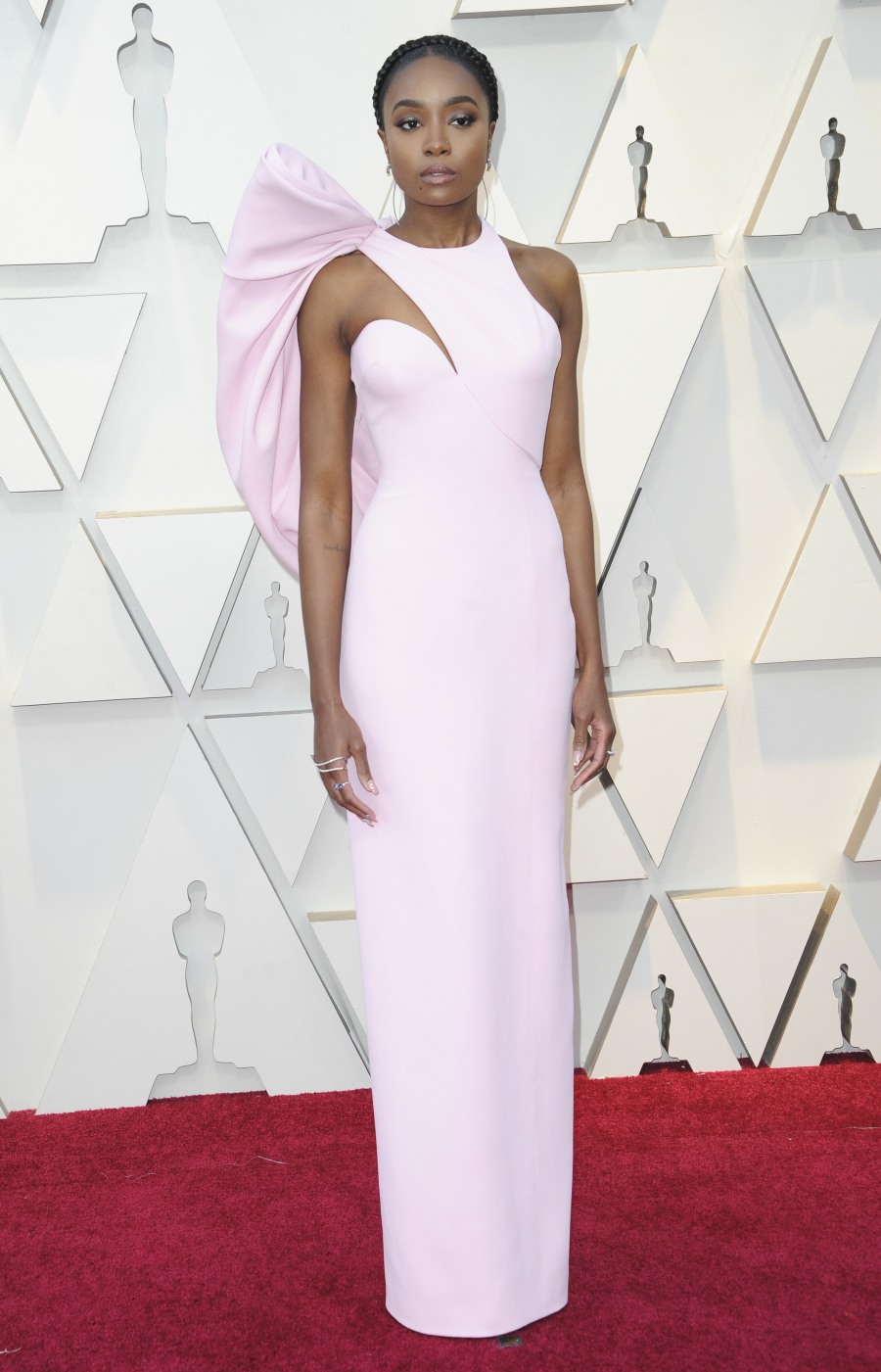 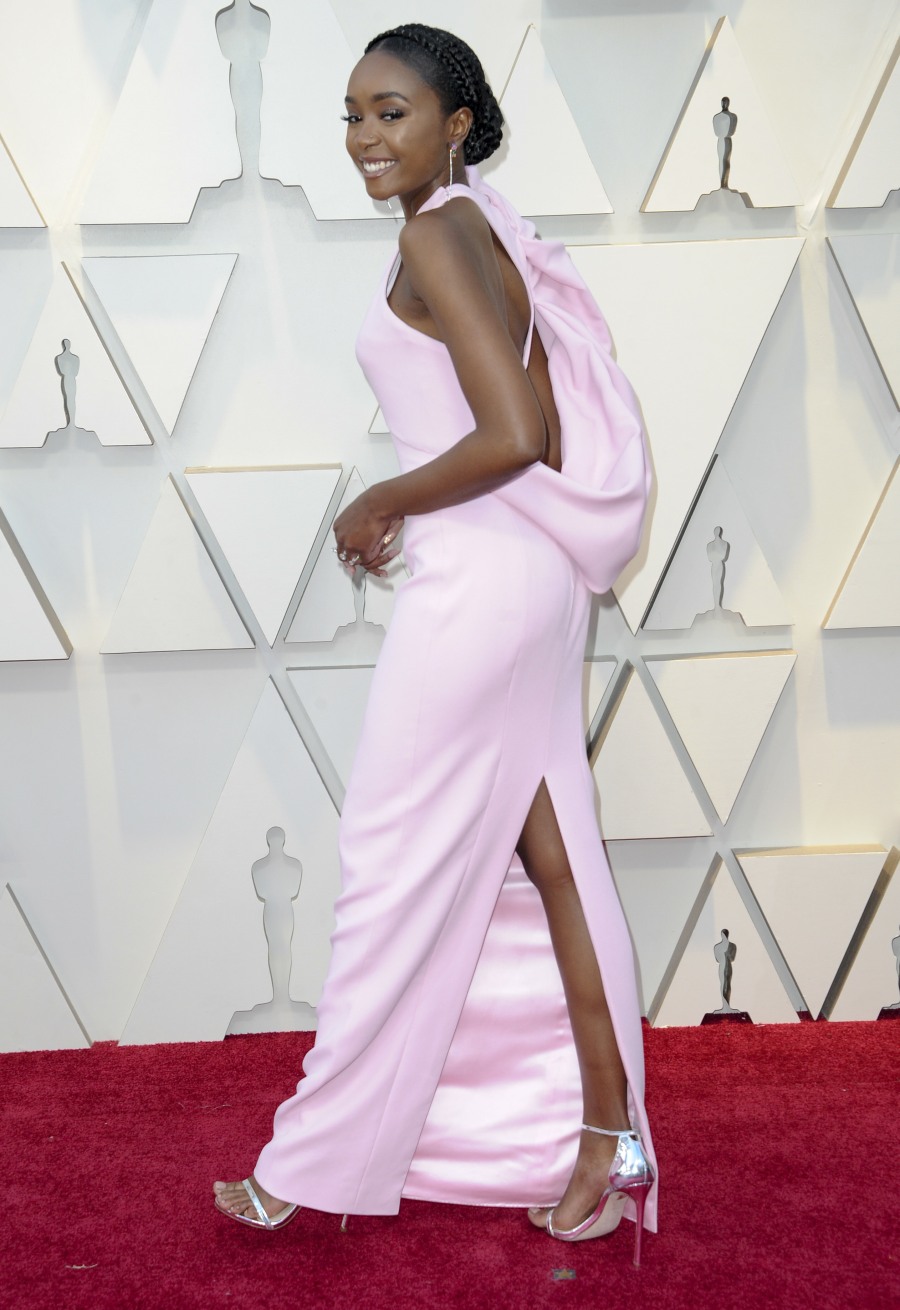 40 Responses to “Rachel Weisz in orange plastic Givenchy at the Oscars: hideous & disappointing?”