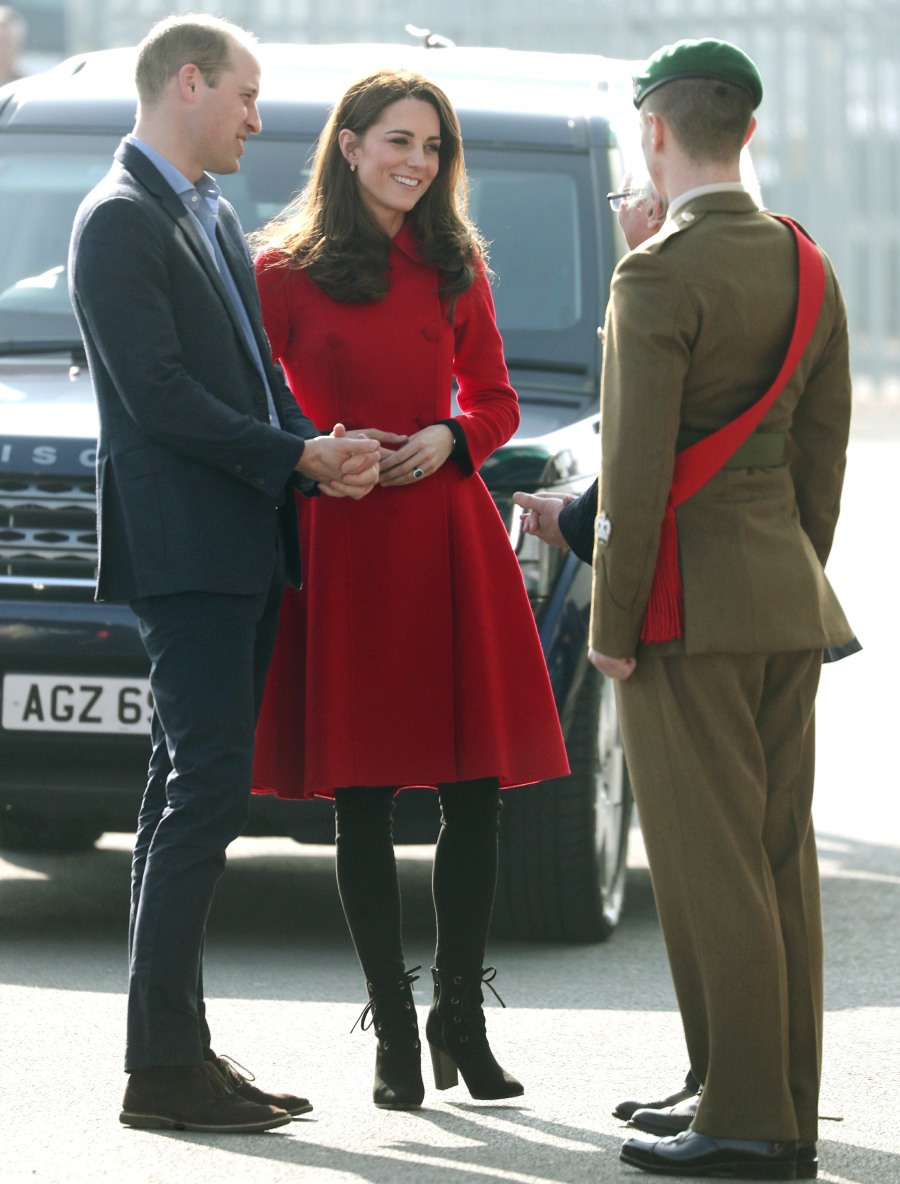 This is interesting: today, the Duke and Duchess of Cambridge are in Northern Ireland. The trip was scheduled but previously unannounced for security reasons. This is not a “surprise” visit because all of the royal reporters are on the ground in Belfast as we speak. They’re actually spending two days in Northern Ireland, which I don’t think they’ve ever done before? They’ve done events in Belfast before, but I don’t think they’ve ever stayed overnight. The goal of this trip is to celebrate the Northern Irish youths. Their first stop was the Windsor Park football stadium, where they’re highlighting the Irish Football Association’s youth programs, especially the Shooting Stars program which gets girls involved with football.

For the first day (or the first event of the day), Kate wore a bright red Carolina Herrera coat. It’s a repeat – she wore this during the 2016 Canada tour, and I believe that was the last time we saw it? I don’t remember seeing it since then, but I could be wrong (Kate’s coats do seem to blend together). Her shoes are LK Bennett and she’s wearing Kiki McDonough earrings. I was wondering about the significance of wearing red in Northern Ireland and I briefly fell down the rabbit hole of the history of the Ulster Banner. I’m sure people more familiar with the political iconography of Northern Ireland will be able to tell me: is Kate’s bright red coat significant in a political sense? Also: ARE THE BUTTONS SIGNIFICANT?

Additionally, Kensington Palace confirmed another joint event for William and Kate: they’ll travel to the seaside town of Blackpool next Wednesday, March 6th, for a day of activities. Their events will focus on local businesses and “regeneration projects” in the area, and they’ll also do an event focused on mental health. 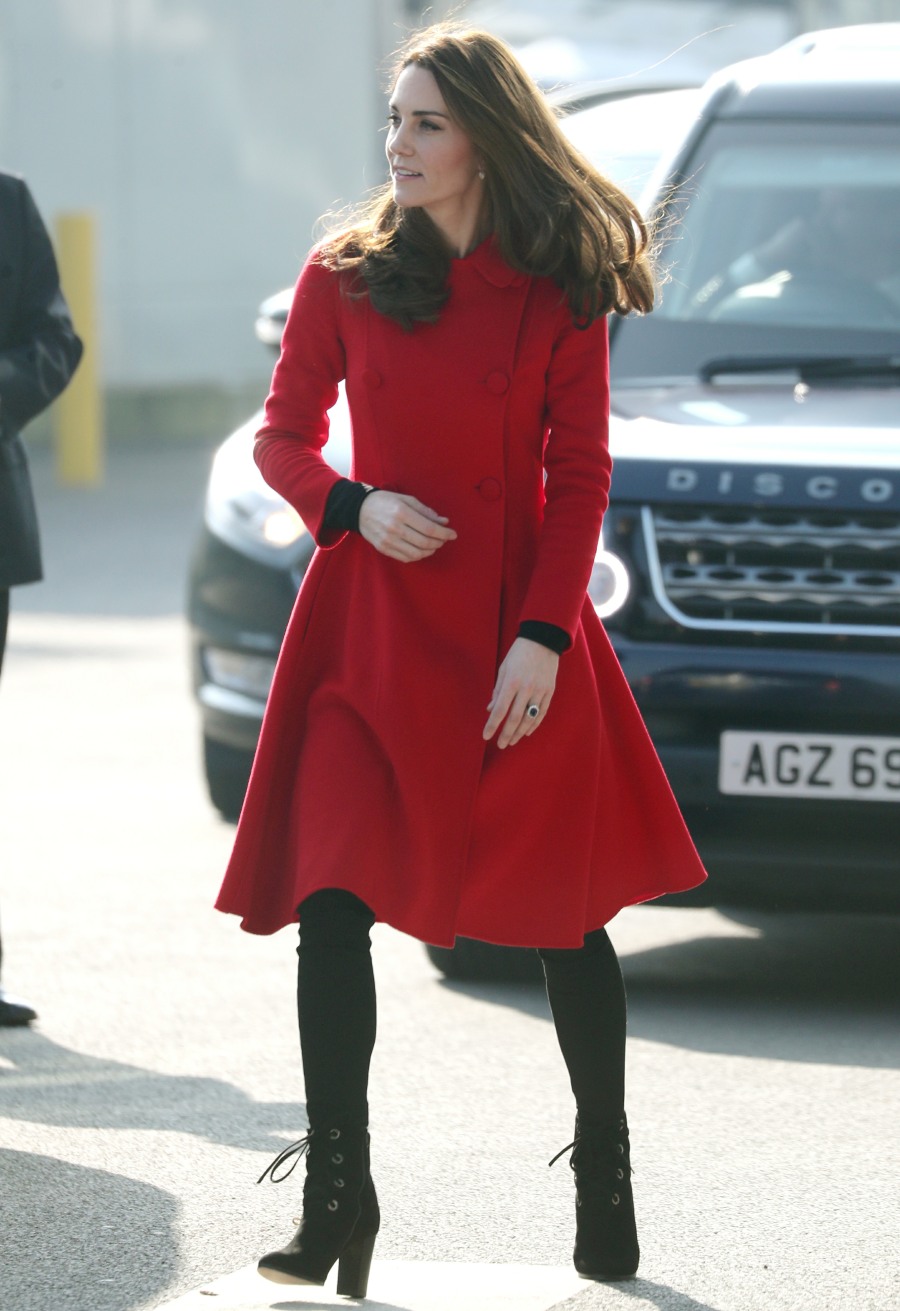 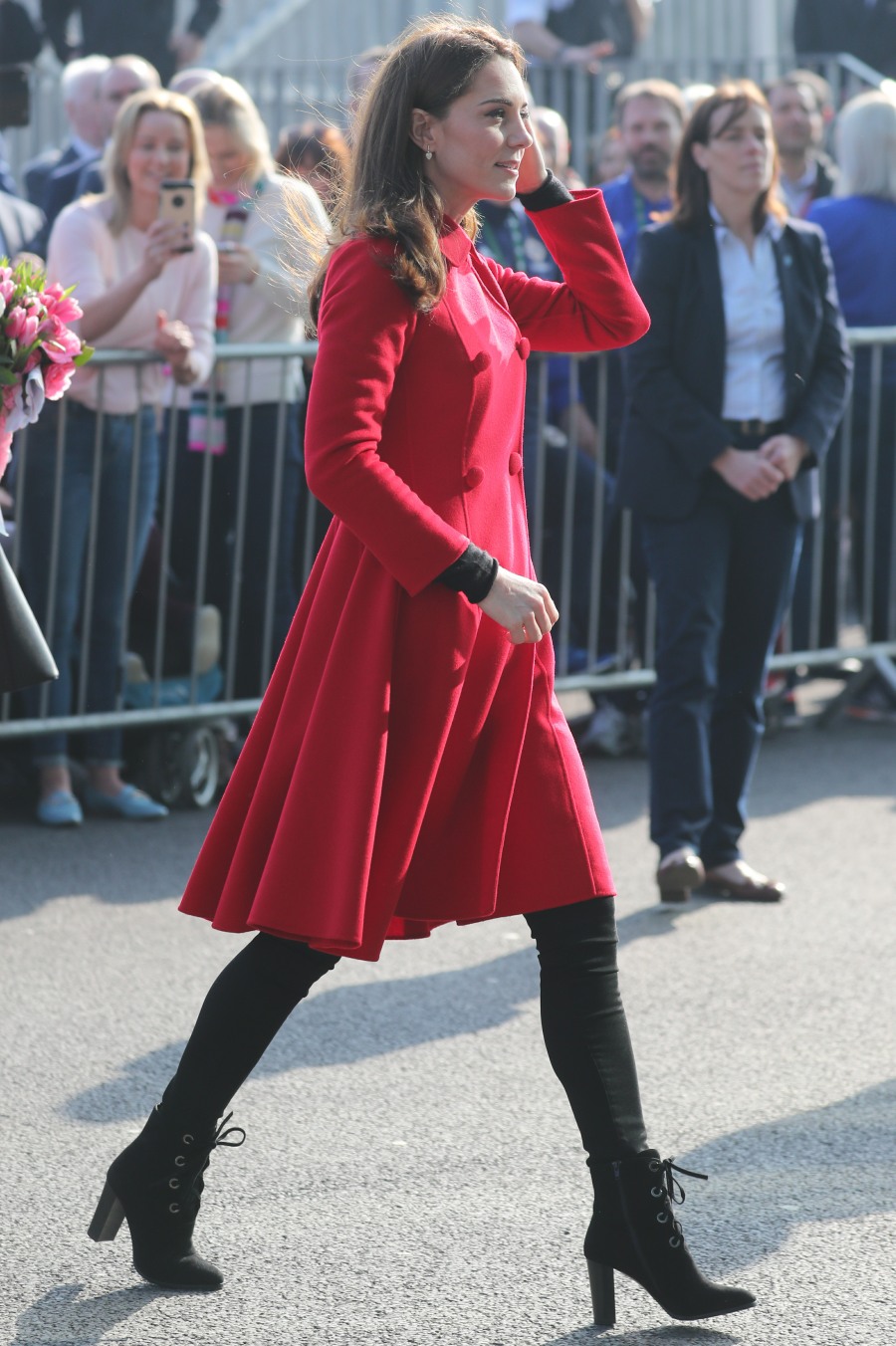