Anna Paquin on whether a True Blood movie is coming: vampires don’t age, actors do 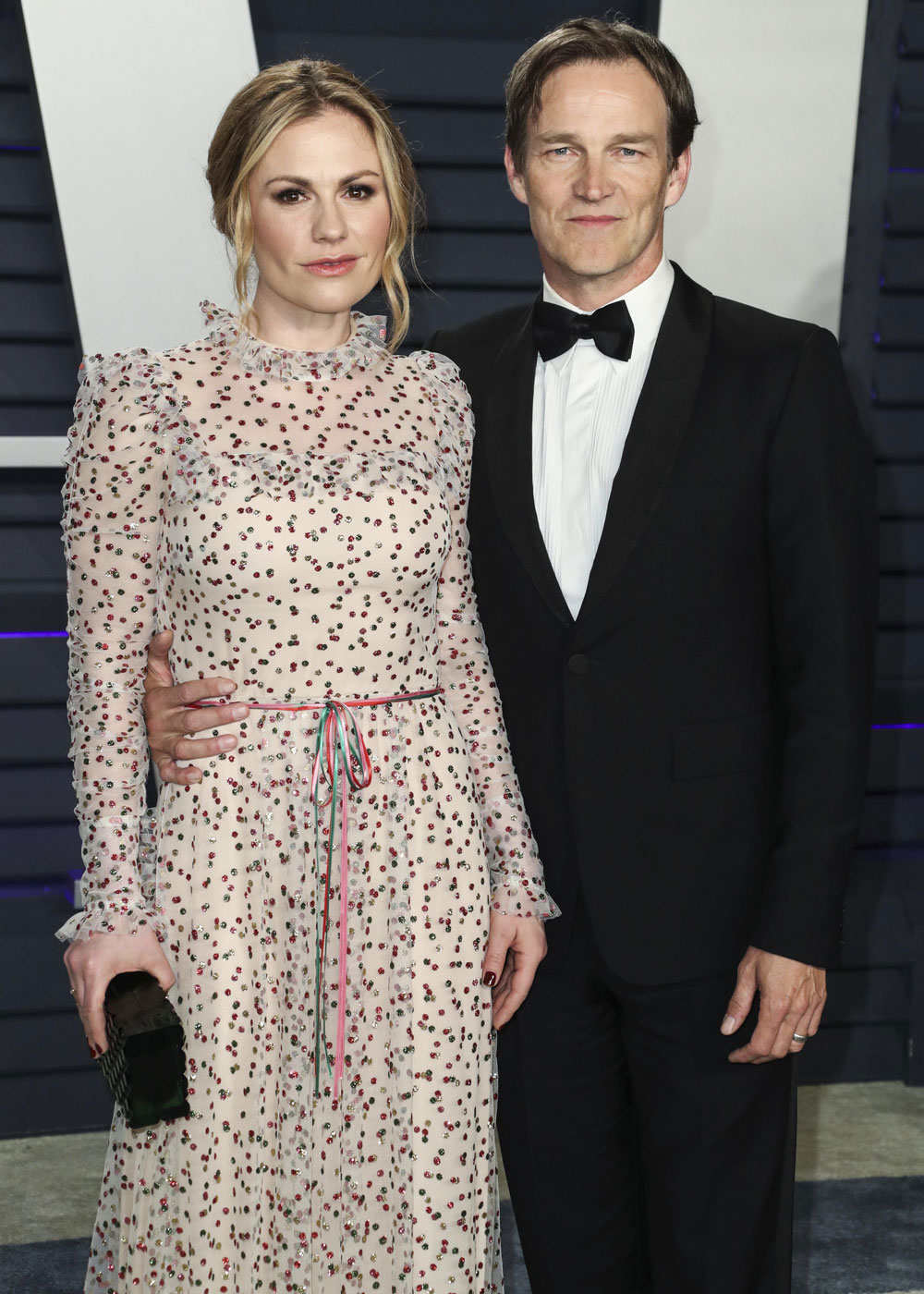 I know True Blood was trash the last few seasons, but I watched that entire series twice I loved it so much. It’s devastating that the actor who played Lafayette, Nelsan Ellis, passed away in 2017 at just 39. He was so talented and I loved his character. I also liked Sookie and Bill, Anna Paquin and Stephen Moyer, who are married in real life with two children, and of course Erik and Pam, Alex Skarsgard and Kristin Bauer. We know what Alex is doing and Kristin hasn’t hit it as big which is a shame, but she was on Once Upon a Time and is working steadily. I follow her on Instagram and she’s amazing. She’s an outspoken activist and she loves her pets.

That’s all to say that I would watch the hell out of a True Blood movie. Anna Paquin is in a new series where she plays a publicist fixer. It’s called Flack, it airs on Pop in the US, and I read a review on Pajiba that says it’s highly bingeable but that the dialogue is not natural. Supposedly they get the world of gossip and celebrity publicity right so I’m interested to watch it.

Anna was on Access Live promoting Flack when she was asked about whether a True Blood movie is happening. She said that it’s been 11 years (it hasn’t! It’s only been 4.5 years since the show ended) and that actors get old and can’t play ageless vampires so probably not.

Will there ever be a True Blood movie?
Probably not with the same cast. You know the thing with the vampires and they’re not supposed to age. It’s been 11 years. I mean my husband’s cute but he’s not actually immortal.

You could do it
I’m not sure that’s going to happen but thank you.

Again, True Blood ended in mid 2014, not that long ago for fans or for the way these actors age. They still look awesome and there are still so many of us who would watch this. I really think it should happen and that Alan Ball should write it. Also, why the hell has Ball not written another original movie since American Beauty? That’s one of the best films of all time.

There may be another reason why we’re not getting a True Blood movie. A musical is in the works! This news came out last fall but I totally forgot about it. I get it, the show was campy and it lends itself to that, but I want to see all the actors together again on the big screen or even in an HBO or Netflix movie. I’ll take whatever I can get.

Here’s a link to the video!

These two went to the VF Oscar Party together. 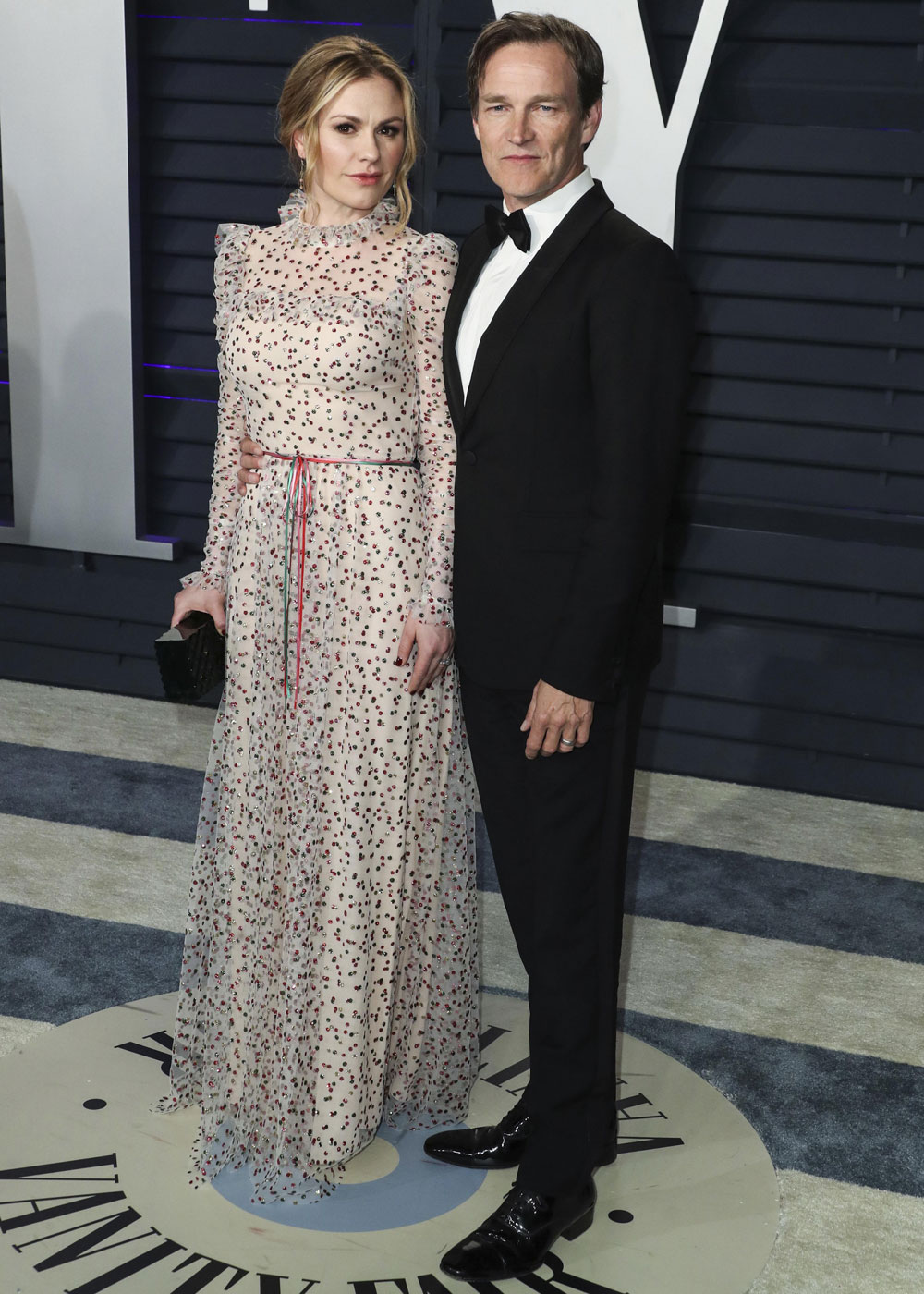 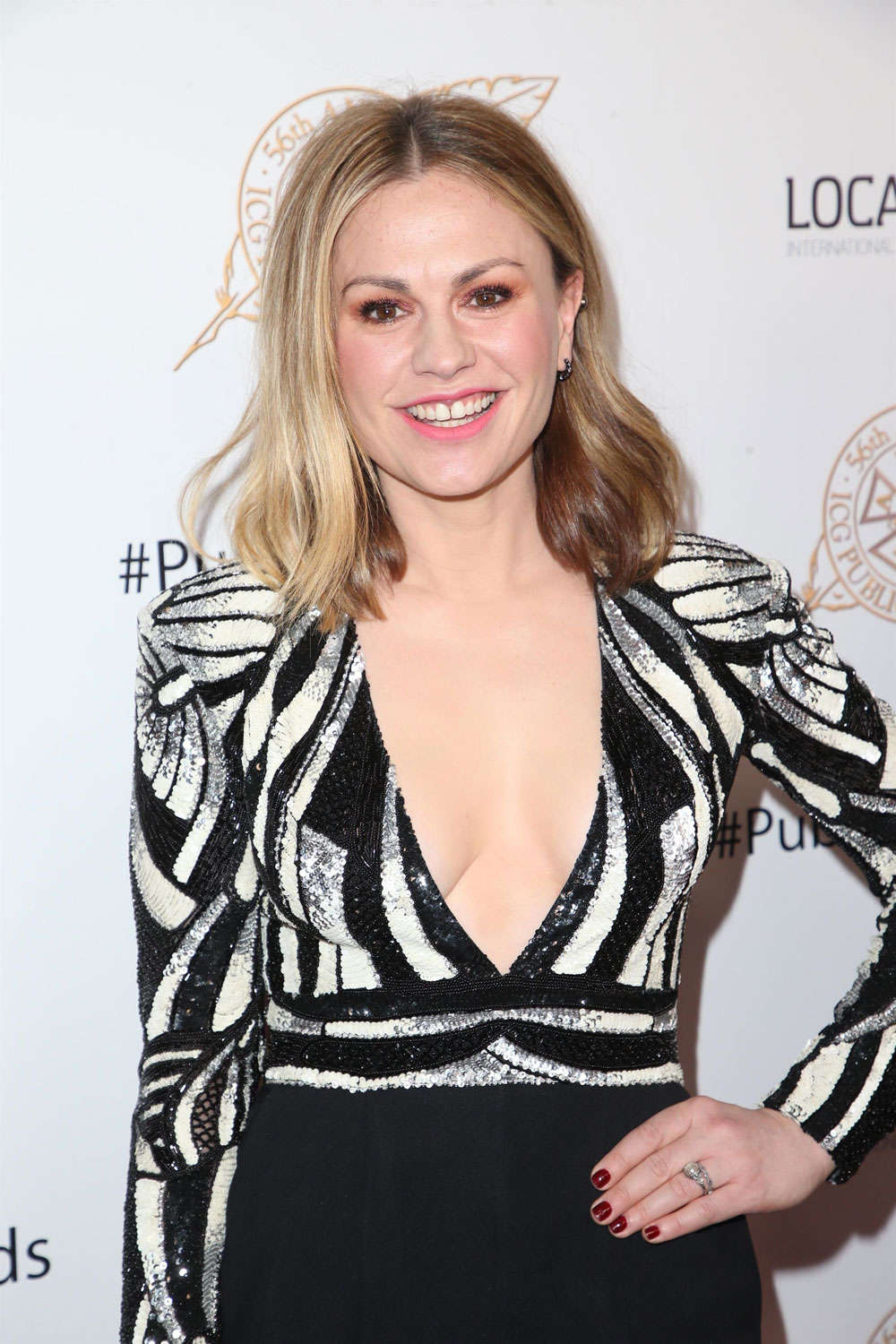 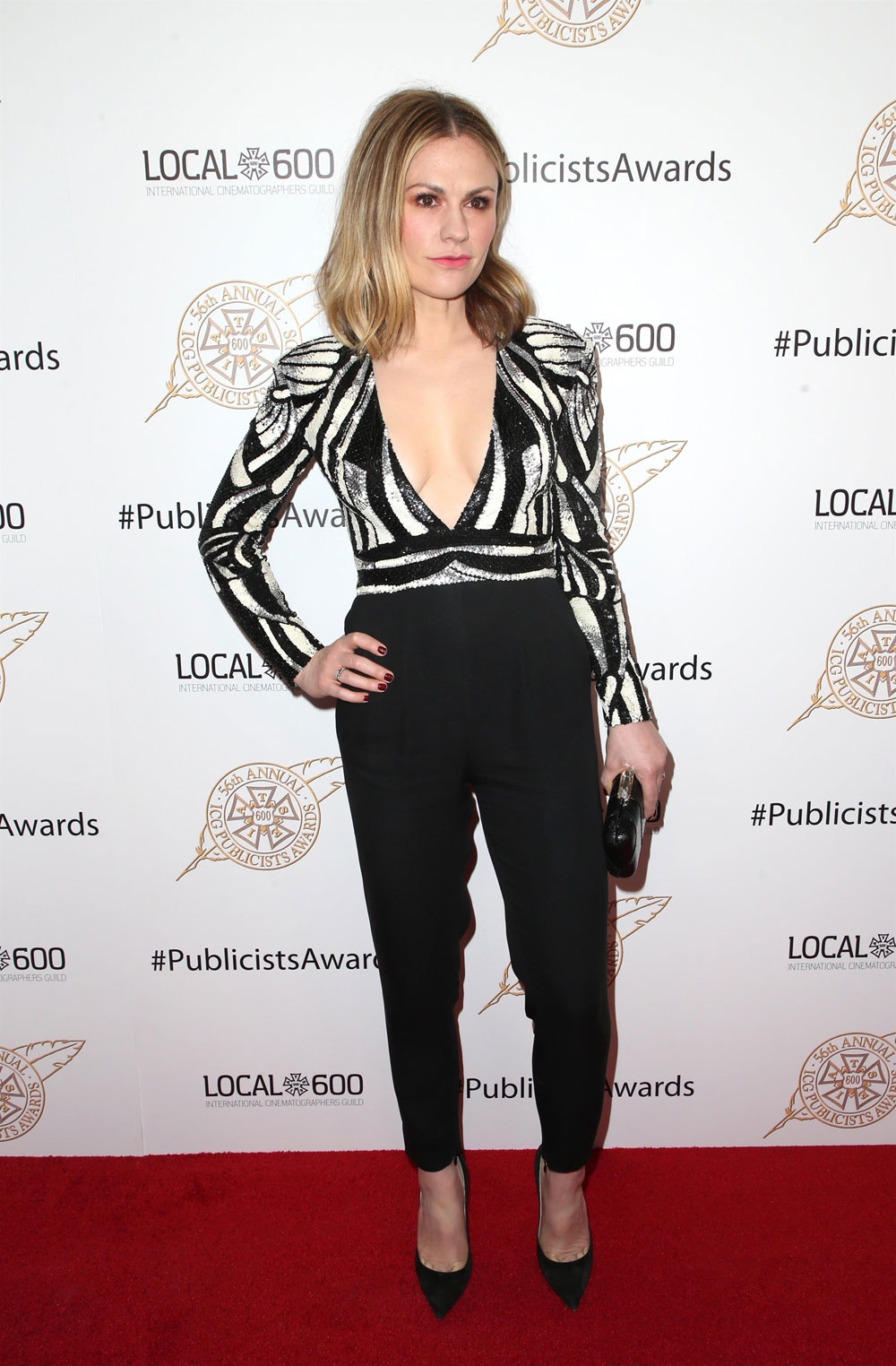 15 Responses to “Anna Paquin on whether a True Blood movie is coming: vampires don’t age, actors do”