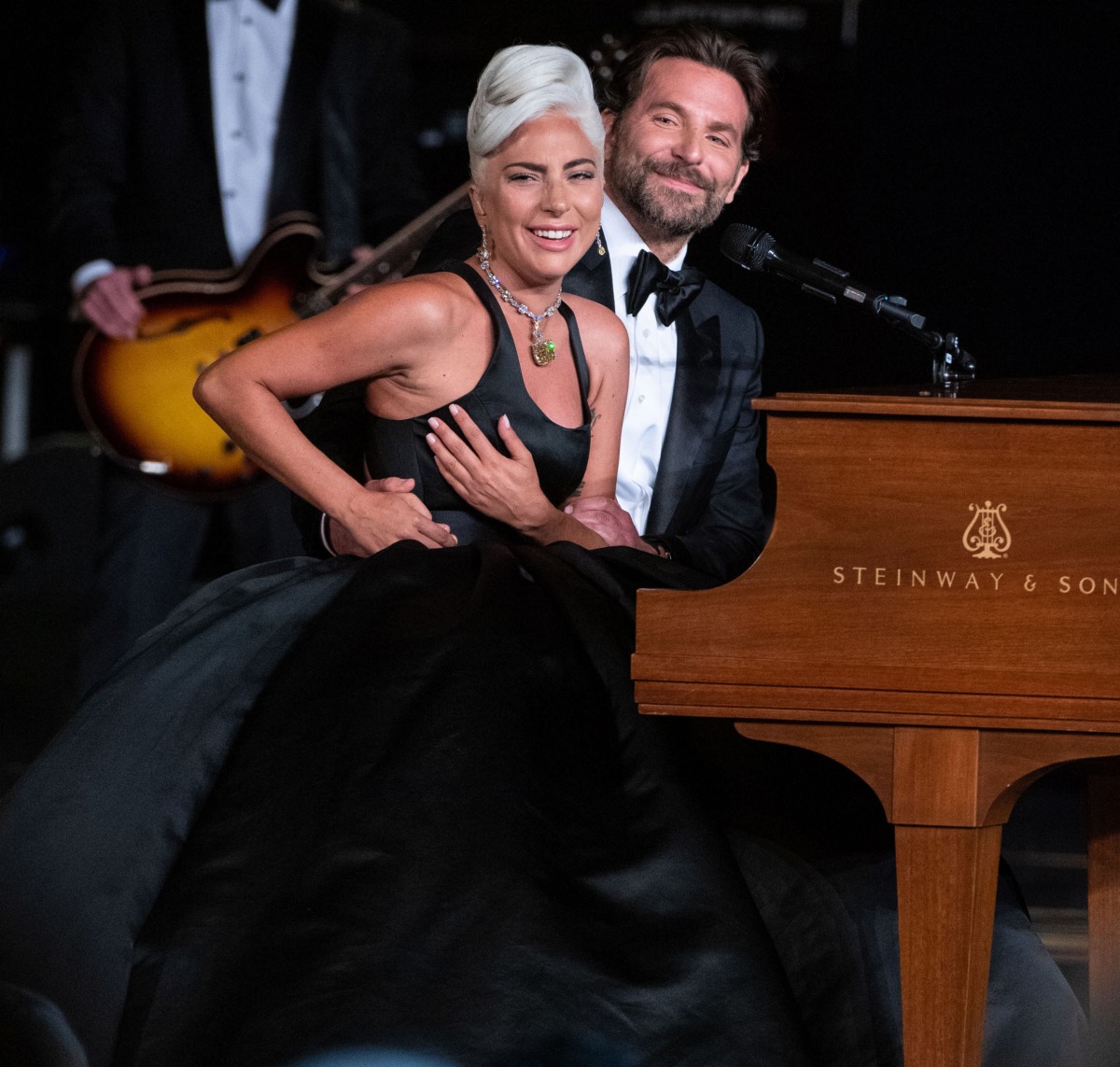 It’s a little bit crazy to me that the biggest story coming out of the Oscars – and pretty much the only story days later – is about Lady Gaga and Bradley Cooper and whether they’re in love with each other. Just yesterday, someone yelled at me for…suggesting that Bradley and Gaga are professionals who have a professional relationship, and for not seeing some epic love-story and romantic chemistry between them in the film or in life. I still say that Bradley and Gaga had a million times more chemistry in their live performance at the Oscars than they did in A Star Is Born. That’s my opinion. If you want to believe ASIB is the greatest love story ever, well…*mutters in deep-throated Jackson Maine gibberish*

Anyway, Lady Gaga appeared on Jimmy Kimmel Live last night and she said everything I’ve been saying: they have a professional relationship. The energy they had together on the Oscar stage was on purpose, because it’s a love song duet. Here’s the video:

Yeah. They’re not in love with each other. They had to pretend to fall in love on-screen, and they’re both talented enough to fake chemistry live on stage, especially since (as Gaga says) they rehearsed the hell out of that performance. She clearly has a lot of professional respect for Bradley. Why isn’t that a simple, nice story? Two professionals get along. But people are still trying to make this into something. Enter Page Six:

Bradley Cooper and Lady Gaga seem way closer than a traditional director-and-star couple, as their on-camera chemistry in “A Star Is Born” has continued to sizzle off-screen. Cooper wanted to make their characters’ love affair as palpable as possible, multiple sources said. But it’s led to a close friendship, sparking rumors about the reasons behind Gaga’s split with her agent fiancé, Christian Carino.

“Hollywood is buzzing that Gaga fell for Bradley during preproduction and filming, creating the intense emotional energy you see on-screen and at the Oscars,” said a source, adding how “vulnerable” Gaga is. “He wanted an authentic love story on-screen.”

At a starry CAA party Friday, Cooper and Gaga seemed “very, very close . . . even though her ex-fiancé [Carino] was there — in the same room — but keeping his distance. Gaga and Bradley were cozied up on a sofa . . . [They] were inseparable, and people definitely thought it was weird. There was no sign of his model girlfriend Irina Shayk,” a separate insider said.

But another guest insisted, “Bradley and Gaga were both there and hanging out, but they were not ‘together,’  ” as in a couple. Despite their steamy Oscars performance, sources close to the stars have denied any off-stage relationship. Another source said, “Some in the industry believe Bradley may be working the situation for public attention,” but that “Gaga is an artist; she naturally goes into character to perform a song from the movie.”

A source told us of Shayk, “Irina is not happy with all the attention that the performance onstage generated. But she feels confident that nothing ever happened between Gaga and Bradley. They had chemistry during the movie shoot. But that’s that. She feels confident in her relationship for now.”

I just… don’t believe that Gaga even “fell” for Bradley at any point. I think he wanted to play Svengali on and off screen and she let him. They used each other professionally and it worked out really well. Please let this story be over now. 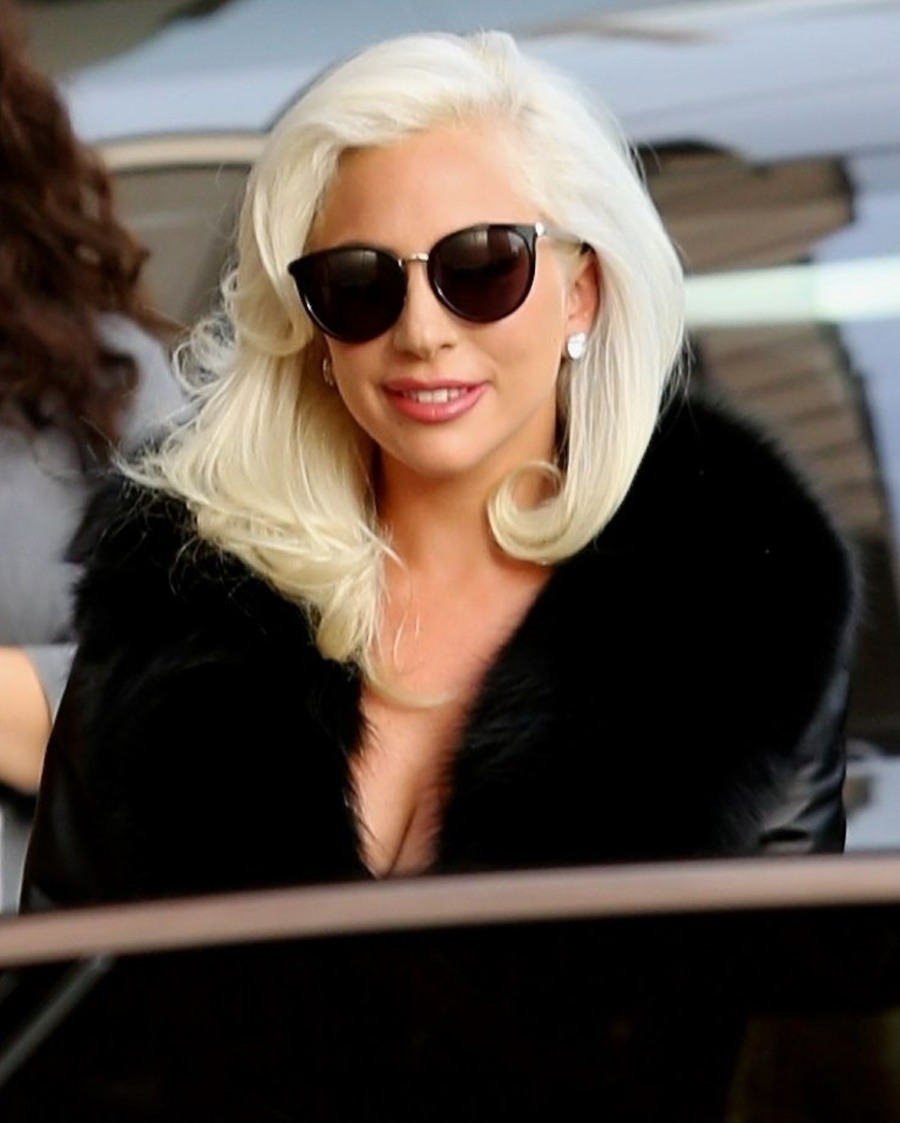 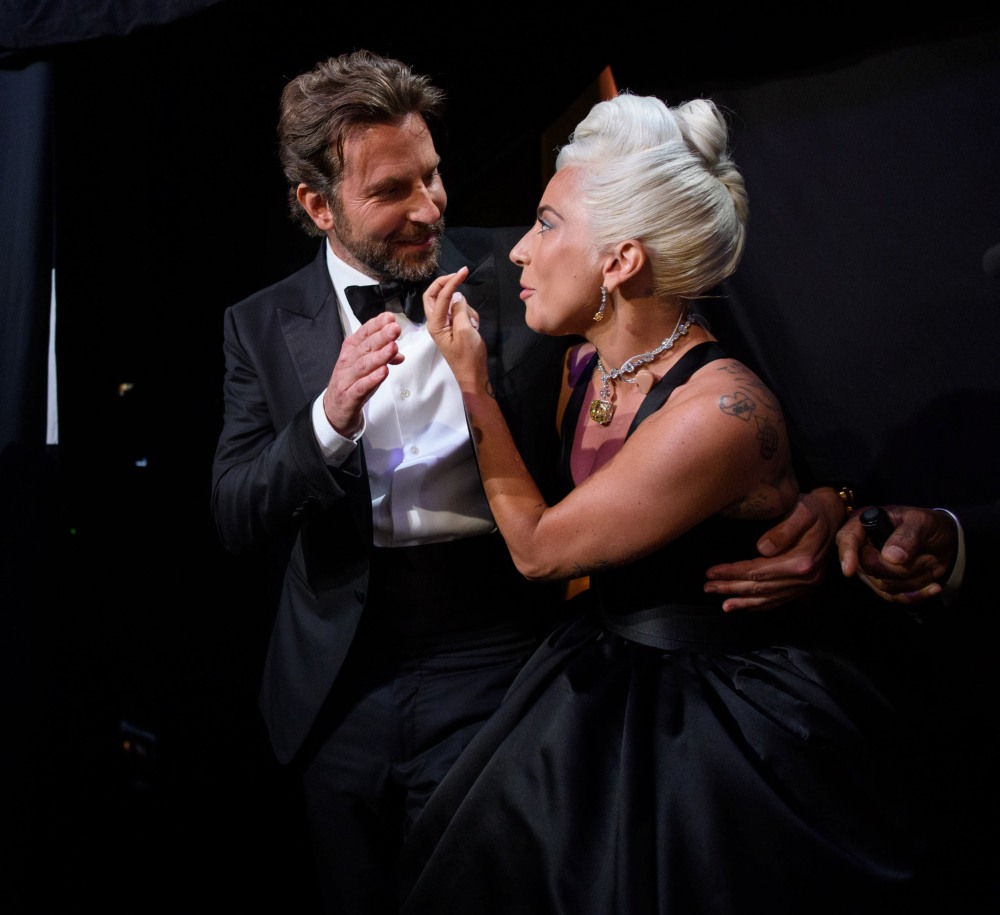