Duchess Kate in a mini-caped Mulberry coat in Northern Ireland: dated or lovely? 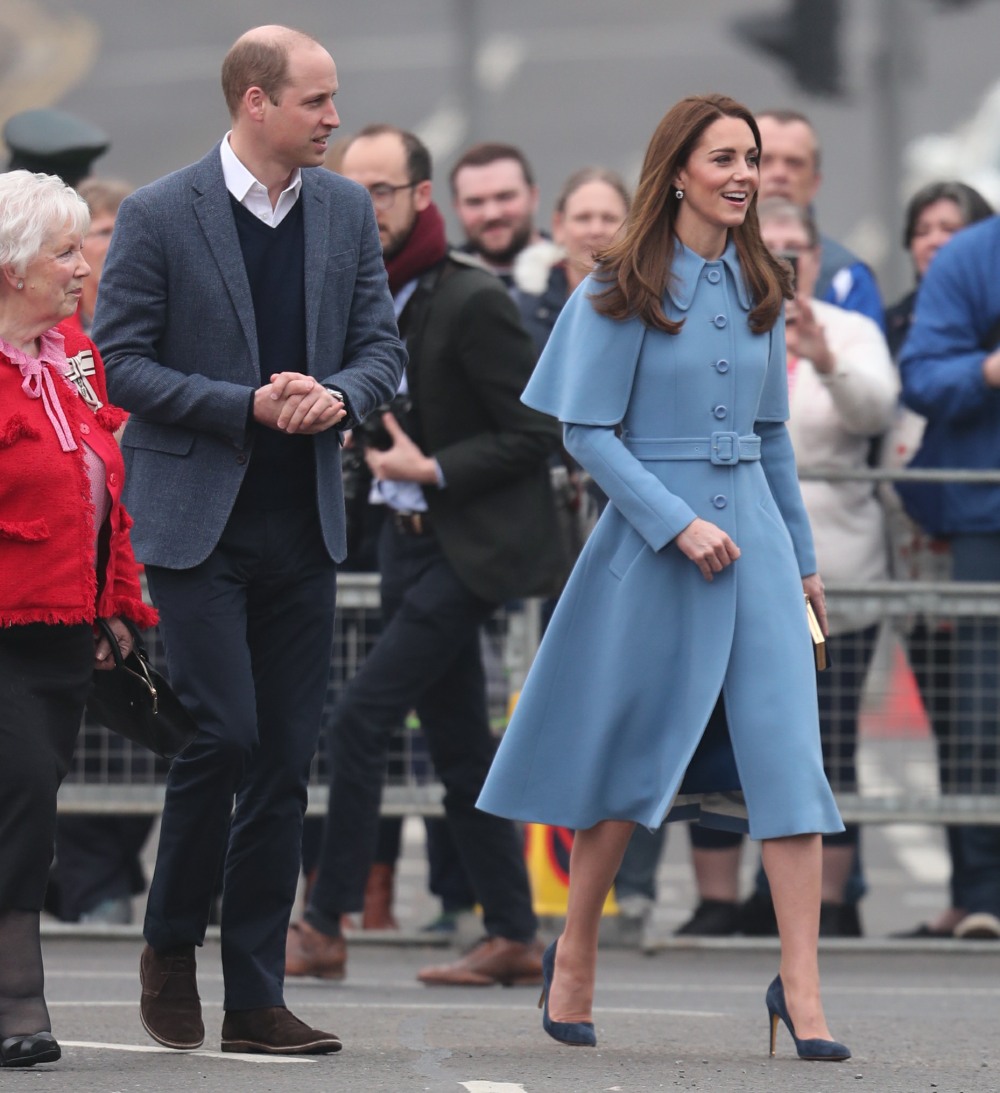 The Duke and Duchess of Cambridge headed out for their second day of activities in Northern Ireland. They stayed overnight in Belfast – William looked like he had a few beers at their event last night – and they started their Thursday with an event at Hillsborough Castle. You know what just struck me? When the Queen visited Northern Ireland a few years ago, she got to visit the set of Game of Thrones (which is NI-based) and see the throne. But Game of Thrones has wrapped filming now, so I guess all of the GoT stuff has been completely shut down. I wonder if anything remains of GoT in Northern Ireland?

Anyway, their trip to Hillsborough Castle was basically a meet-and-greet and a “discussion” about mental health. For all of the exterior stuff, Kate wore this Mulberry coat in blue, which retails for £1,735. Considering how many friggin’ blue coats Kate owns, don’t you think this one was a major waste of money? I mean, the design is so Edwardian, so Mary Poppins-esque. Kate does those kinds of “throwback” fashion moments so often, where it really looks like she thinks she’s a royal figure from a century ago. And the buttons… for the love of God. Underneath the coat – she actually took it off when she went inside!! – she wore a “bespoke” Jenny Packham dress in navy. I appreciate that Kate isn’t subtweeting Meghan by making a show of doing “repeats” at the moment. But good lord, did Kate really need another blue coat and navy dress? She literally has three dozen coats and dresses in every shade of blue.

First engagement of their second day in NI, the Duke & Duchess of Cambridge met @ChiefConPSNI, police officers & staff at Hillsborough Castle where they discussed the challenging roles they undertake. @PoliceServiceNI pic.twitter.com/JTgBTETUUw 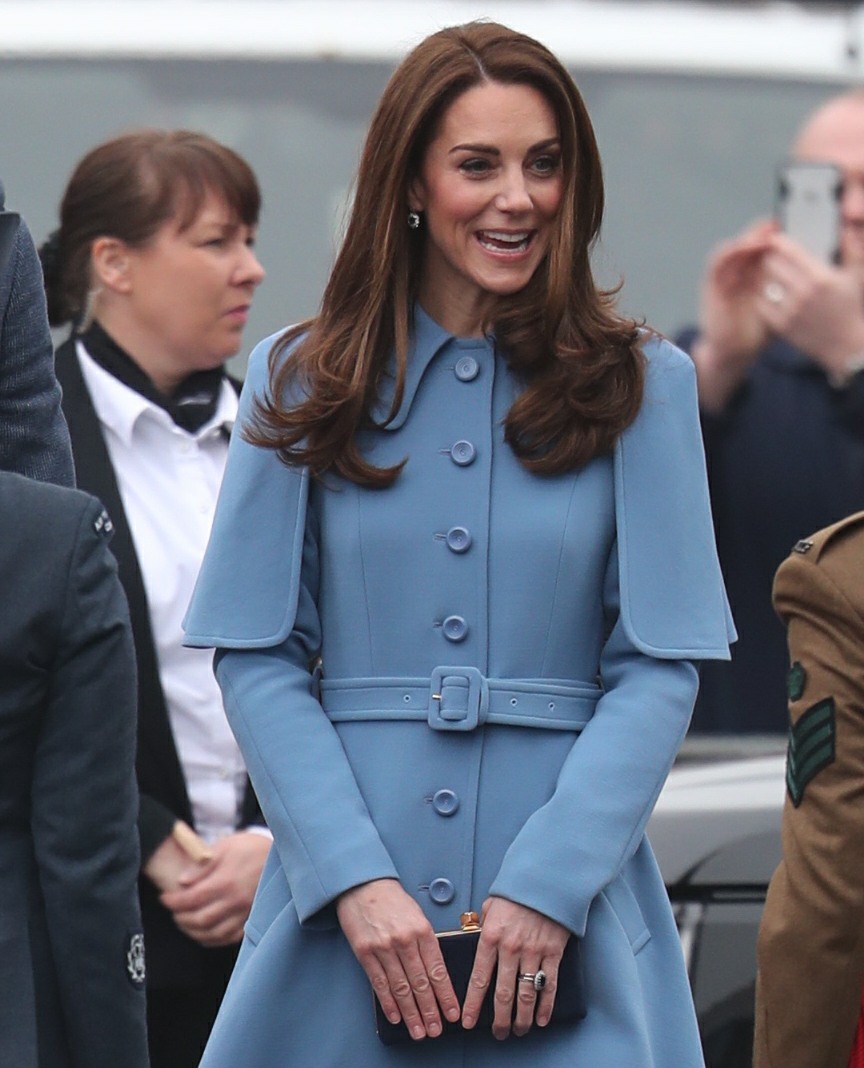 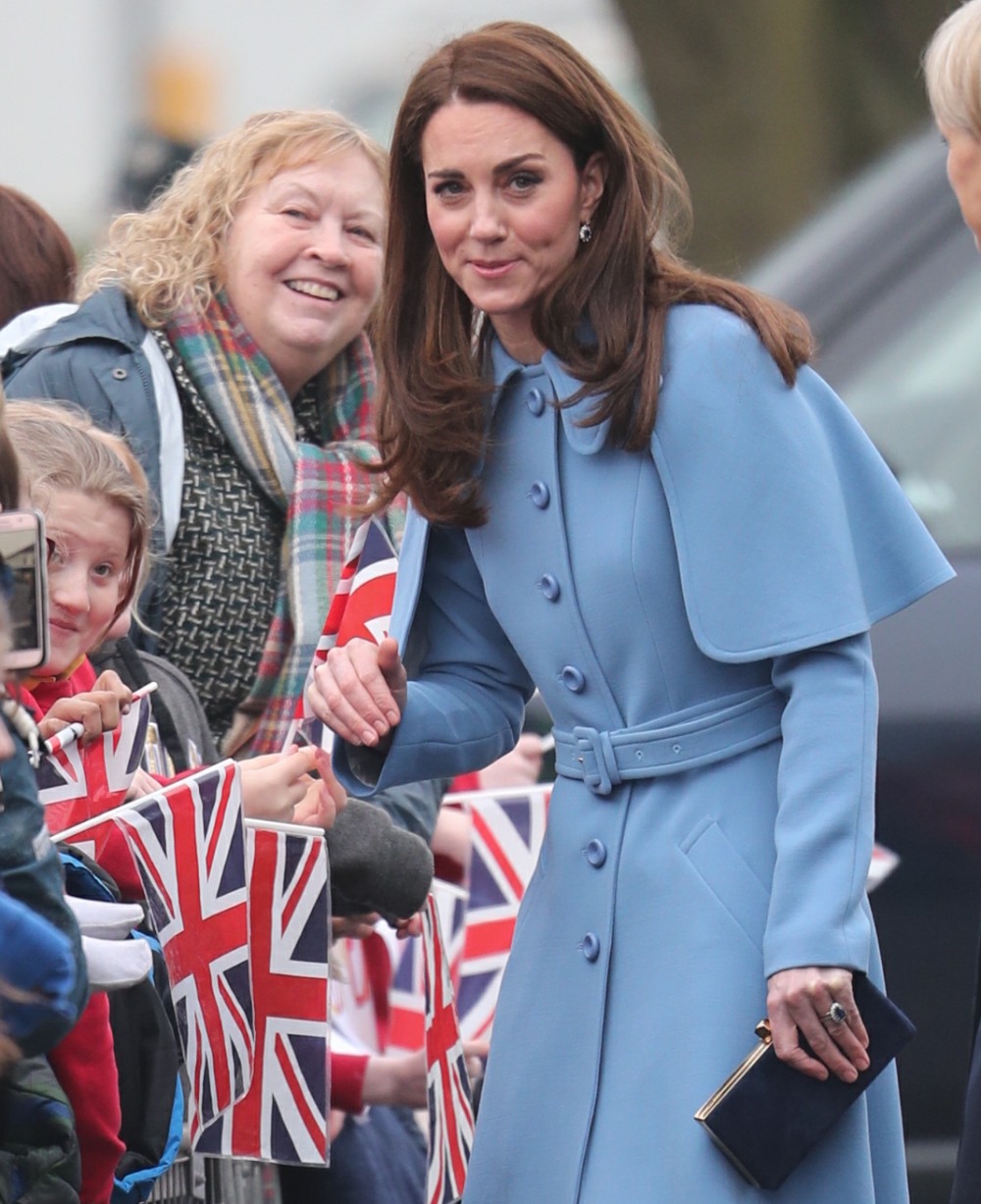 125 Responses to “Duchess Kate in a mini-caped Mulberry coat in Northern Ireland: dated or lovely?”