Bella Hadid worked Paris Fashion Week even though she had a fever: rude or fine? 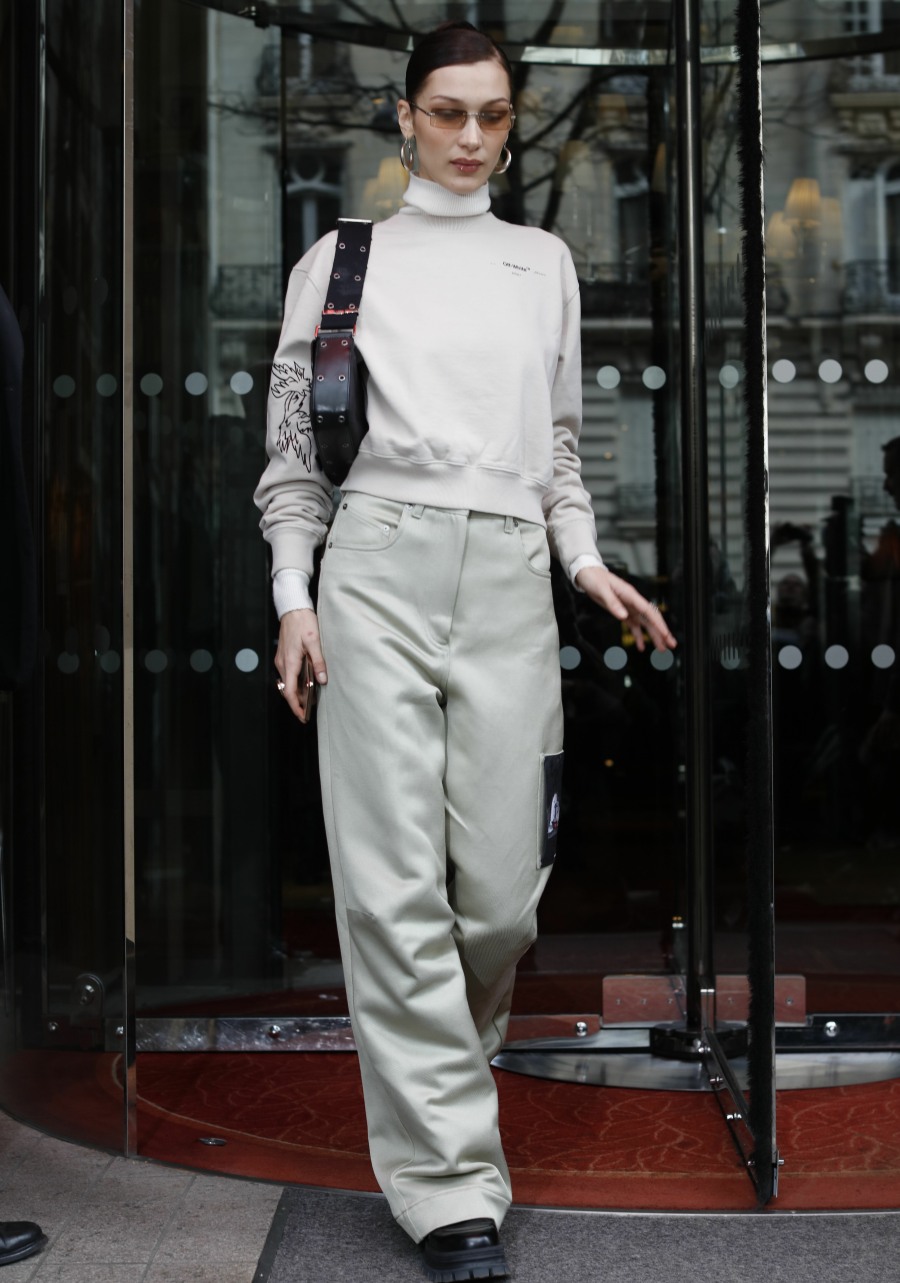 Here are some photos of Bella Hadid out and about in Paris yesterday. She was leaving her hotel, probably on the way to her new runway job during Paris Fashion Week. Knowing that Bella was feeling sick, it does look like she was walking gingerly, right? She’s walking like “omg, I might puke on the paparazzi, I need to get to the car.” As it turns out, Bella really was sick as a dog this week – she posted a message on her social media talking about how she had a temperature of 101 degrees Fahrenheit.

The runway was heating up at Paris Fashion Week… and so was Bella Hadid‘s forehead. Ahead of walking several fashion shows, the 22-year-old model revealed to her followers that she was feeling under the weather and suffering from a high fever.

“101 fever is not cute when walking a runway,” she wrote on her Instagram Stories Thursday, along with several sick and sad-faced emojis.

Underneath the caption was a selfie of Hadid in the backseat of a car holding her forehead and wearing a cozy, cream-colored sweater. Despite feeling ill, that didn’t stop Hadid from strutting her stuff down the runway later in the day. The star first appeared in the Off-White Ready to Wear fashion show, wearing a revealing gray and yellow checkered ensemble that showed off Hadid’s toned physique.

I’ve been sick twice in the past three months – before Christmas, I got that heavy respiratory flu/cold which was going around and I didn’t feel right for about two weeks. I also lost the taste in my mouth (for about a week) and I didn’t feel like my sinuses were back to normal for a while. I didn’t have a fever though. But then last month I had one of the worst 48-hour stomach bugs I’ve ever had in my life. I thought I was going to die, I was so violently ill and pukey. I had a fever then.

My point? I’m lucky to work from home and I’m in no danger of infecting other people with my various plagues. While I guess Bella could be praised for working even though she had a fever and felt like hell, I don’t understand why the fashion people weren’t like “chica, you need to go home before all of Paris Fashion Week gets sick.” Seriously, if one model is sick during Fashion Week, I bet they all get sick. Just send the sick girls home. It’s not brave to work in close quarters with other people while you have a virus, it’s irresponsible. If I got sick from Bella Hadid, I would be so mad! I’d tell people for YEARS about the time that bitchy Hadid sister gave me her virus because she went to work instead of taking care of herself. 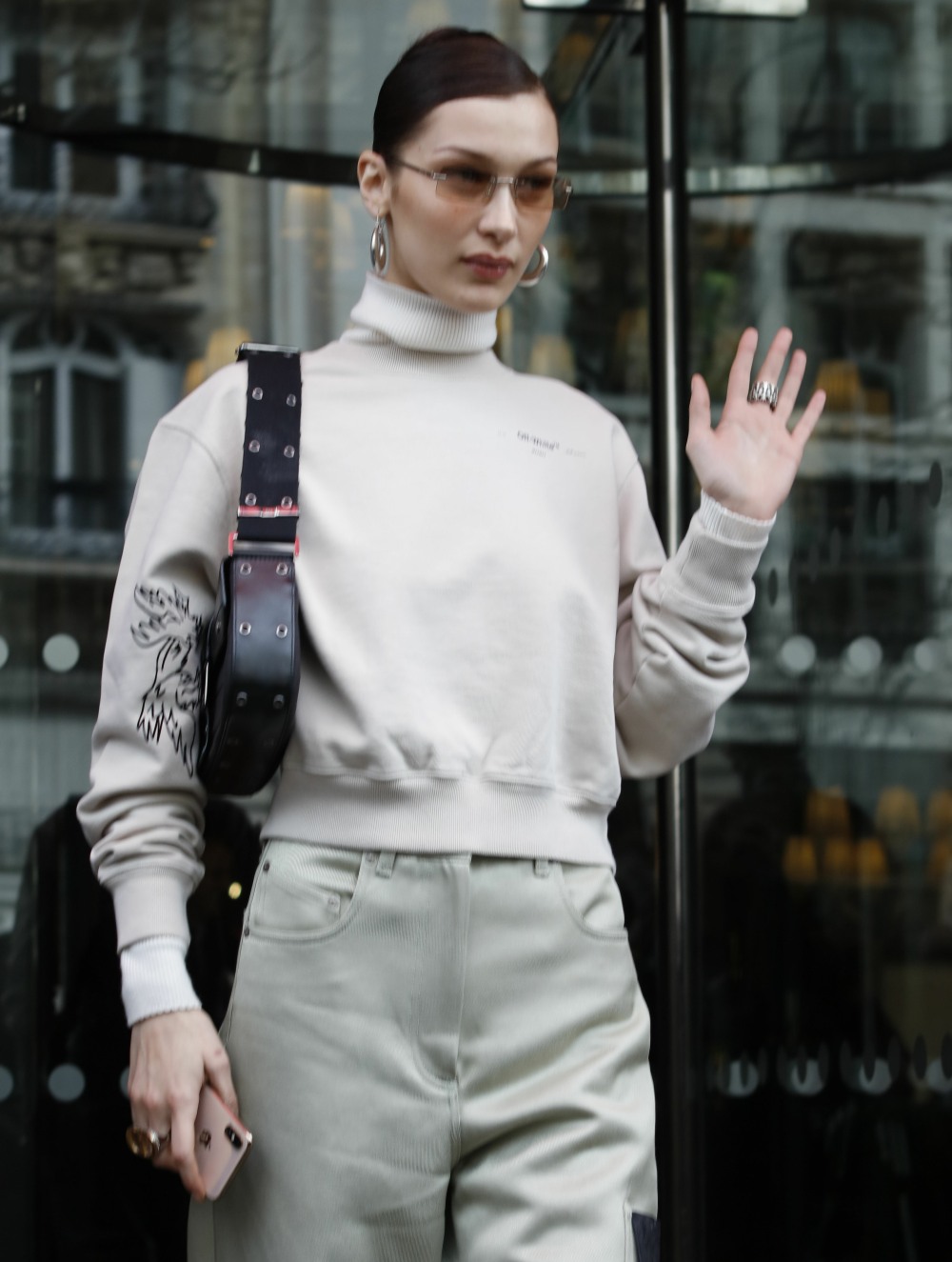 48 Responses to “Bella Hadid worked Paris Fashion Week even though she had a fever: rude or fine?”