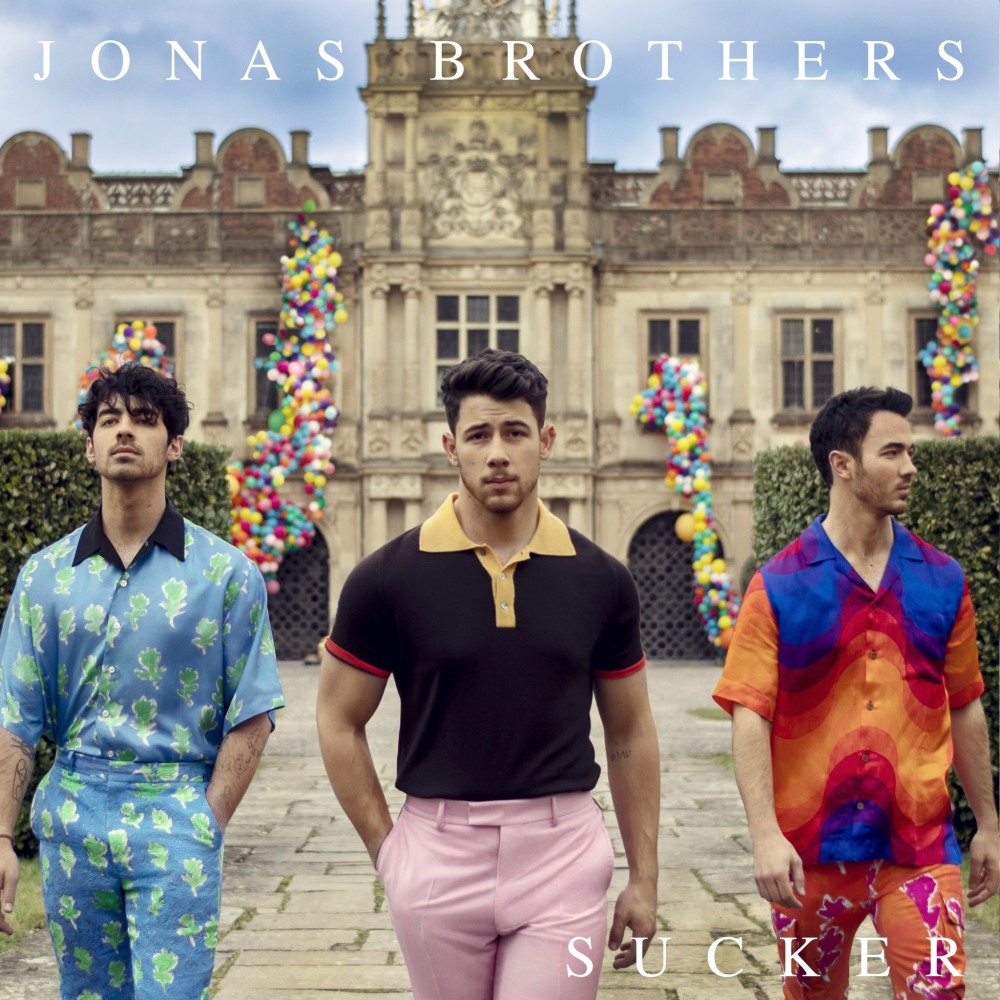 I was too old to enjoy the Jonas Brothers when they were a thing the first time, but I wasn’t too old to creep on Nick Jonas when he went through his solo acting/pop star phase and he got all beefy. Like, when he was with Olivia Culpo, I thought Nick was HOT. Two of the JoBros found success outside of the brother-band – Joe Jonas was part of DNCE, which had some bangers, and Nick had a pretty successful solo career. Nick’s “Chains” is still my jam, quite honestly. So… the brothers are back together. They released their first single, “Sucker,” and a music video. The video stars all of their wives/partners: Sophie Turner (who is engaged to Joe), Danielle (married to Kevin) and Priyanka Chopra (married to Nick about fifty times over). The music video is set in a castle and all of the ladies are playing… like, princesses or queens or something? And the JoBros are their entertainment? Here’s the video:

My wife is soooooo beautiful in this video!!! How lucky am I?!! #SUCKER @jonasbrothers @priyankachopra

She makes me smile. ❤️😁😝 pic.twitter.com/43flgLCBc7