Brie Larson in Rodarte at the LA ‘Captain Marvel’ premiere: gorgeous or boring? 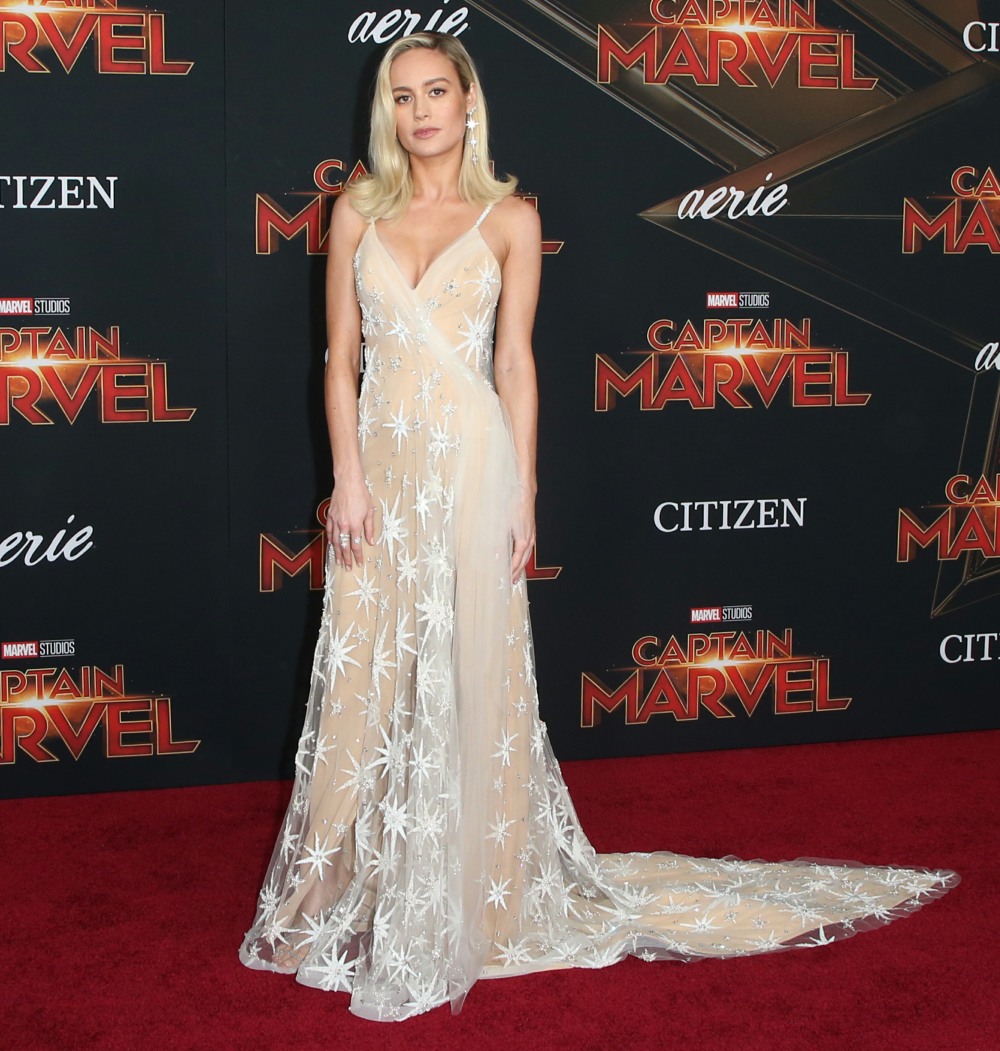 Here are some photos from last night’s LA premiere of Captain Marvel, a film which is so big now that even my mom asked me to explain the plot (“I think it’s about aliens and memory loss,” I said). Brie Larson has her own superhero franchise and she doing this the only way she knows how: with a firm and feminine hand. Personally, I don’t think Brie ever cared that much about fashion, which might explain the ill-fitting Valentino mess at the London premiere. For the LA premiere, Brie chose a Rodarte gown with a very flattering cut. But I’m still not really on-board with this beige-y neutral dress. It should have been another color. This looks like one of those pale pastel J. Mendel gowns that Taylor Swift used to wear. 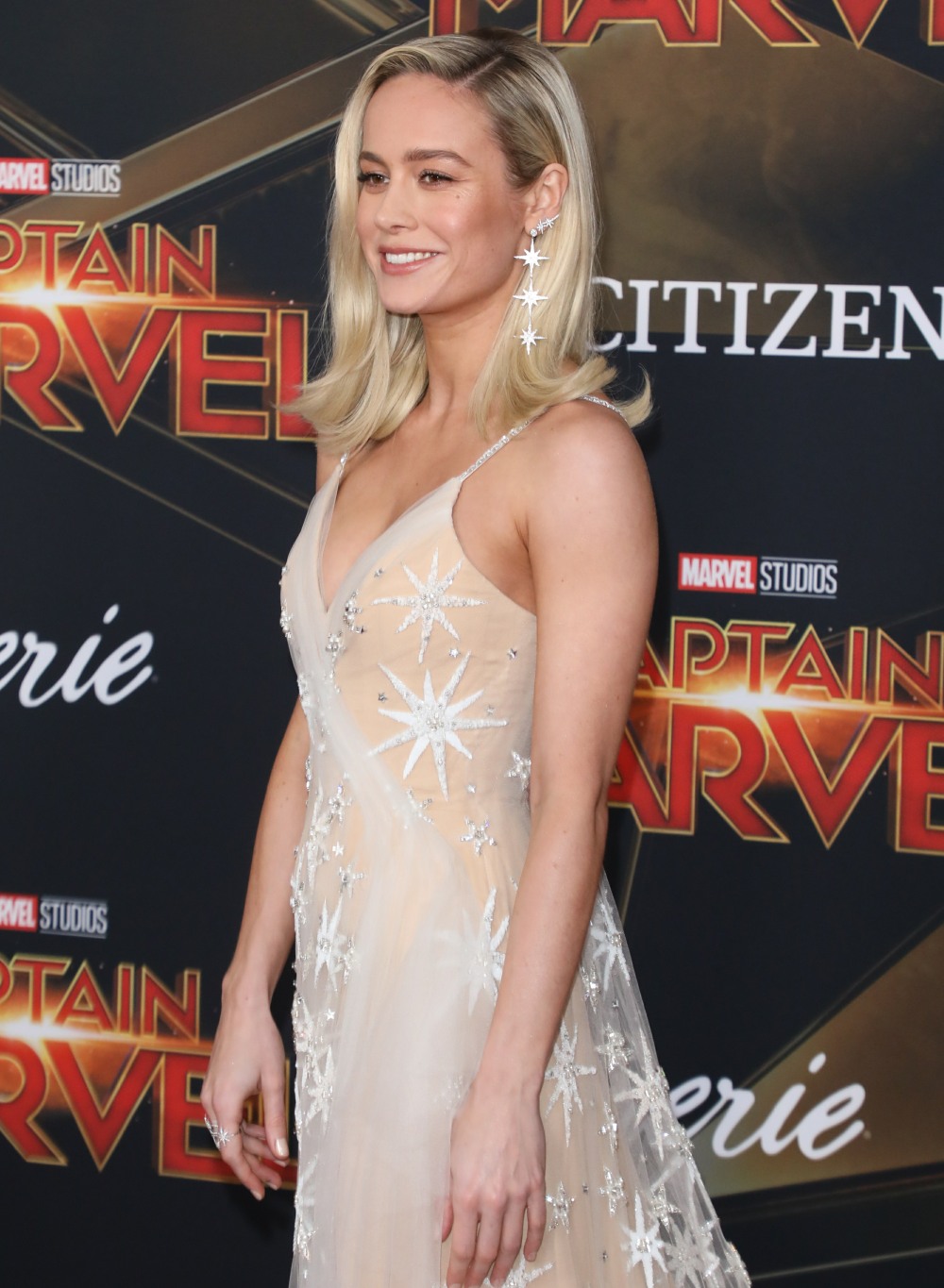 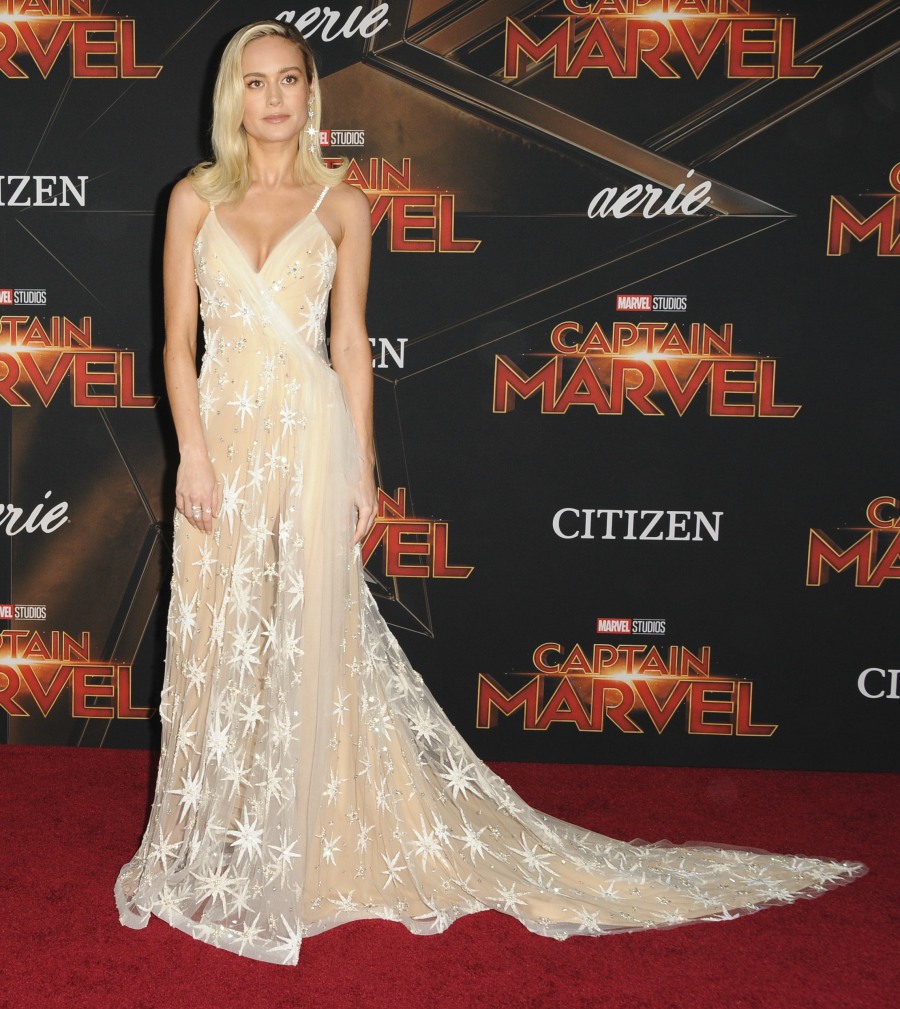 Brie’s costar Gemma Chan wore Ralph & Russo trousers and a blouse with some kind of train. When is Gemma getting HER superhero movie huh?? 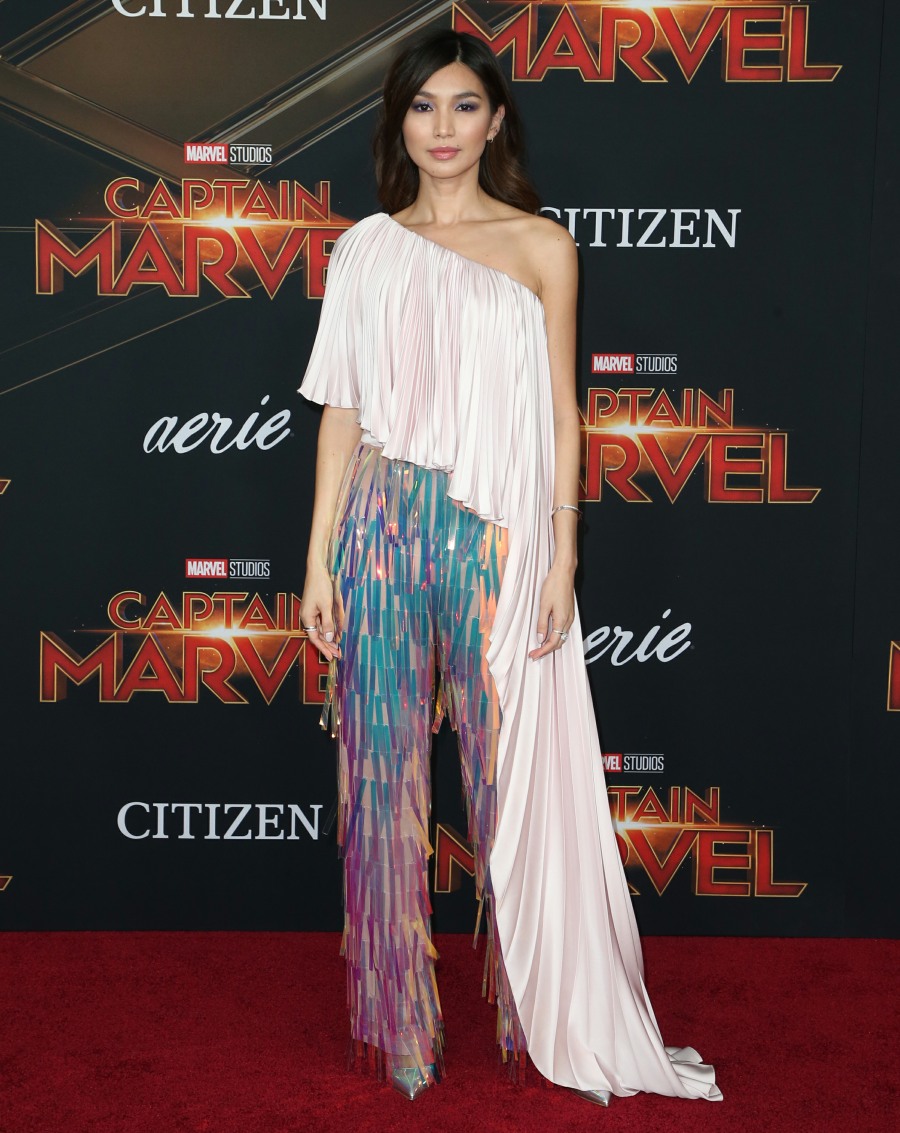 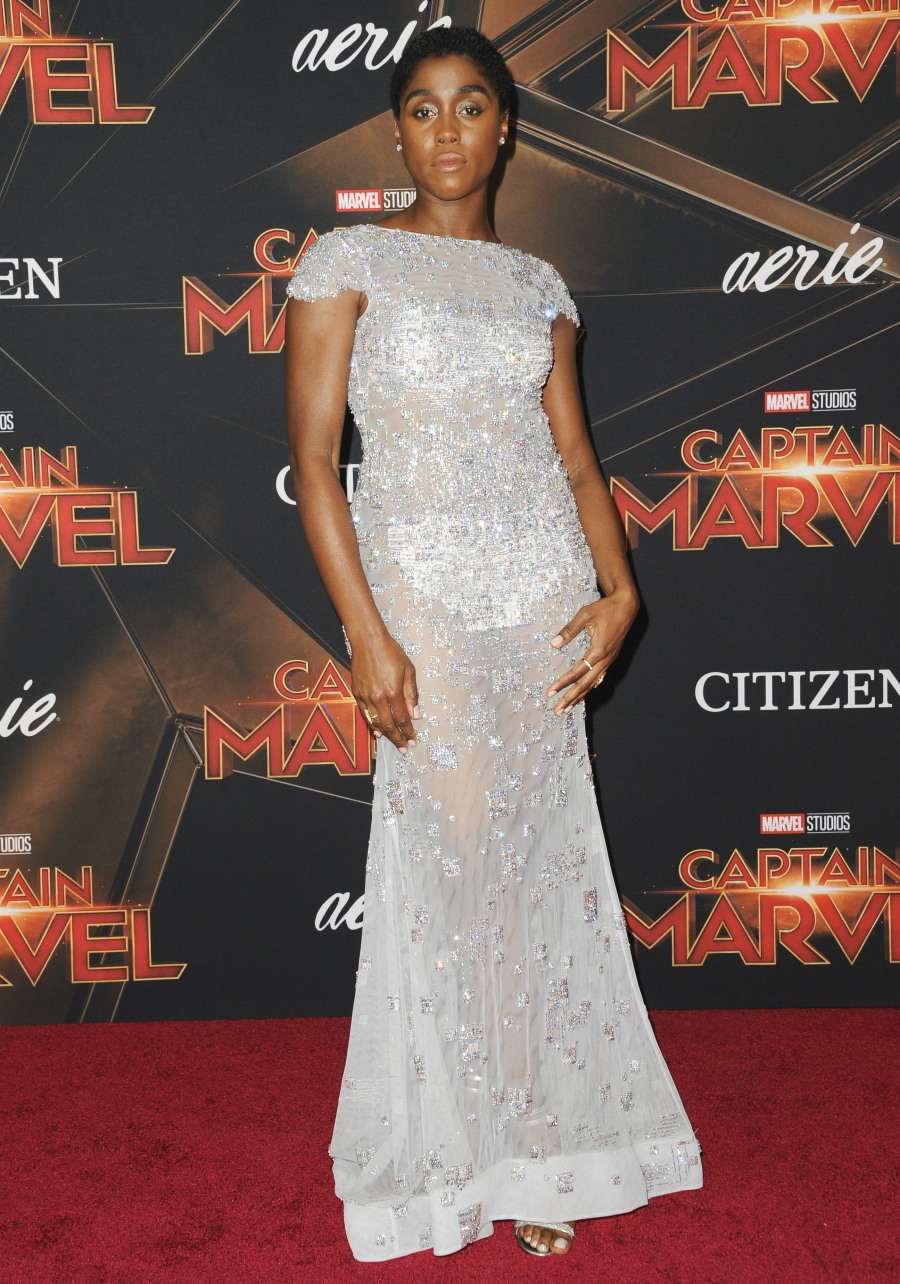 And finally, some Samuel L. Jackson. Where’s his purple?!? 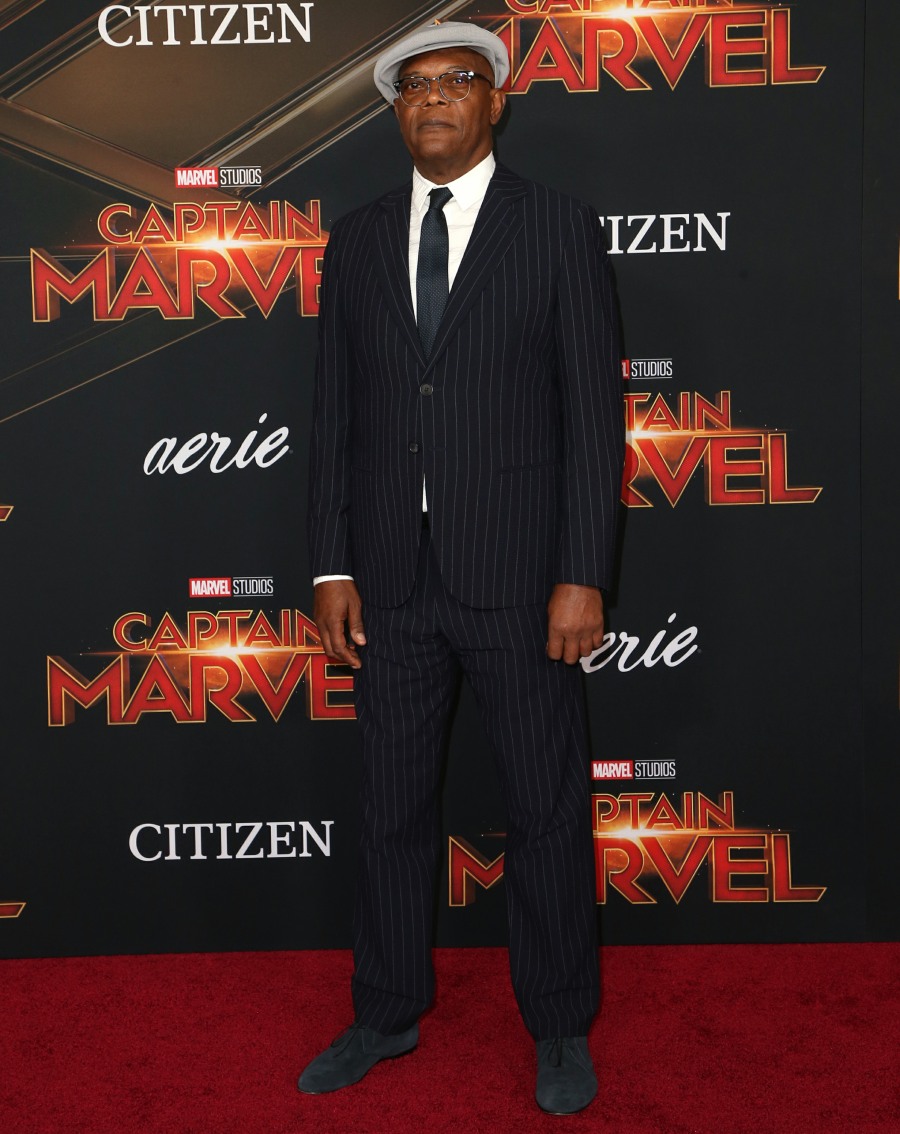 69 Responses to “Brie Larson in Rodarte at the LA ‘Captain Marvel’ premiere: gorgeous or boring?”