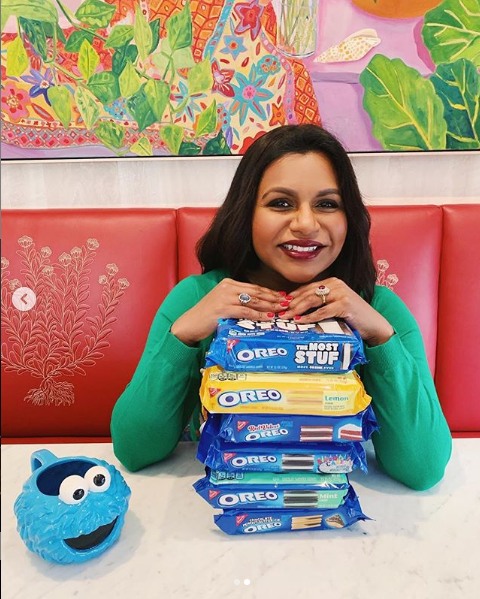 A few days ago, it was National Oreo Day, which is not really a thing, is it? I mean, corporate brands don’t get their own nationally recognized days, right? In this house we do not celebrate Facebook Day or Goldfish Cracker Day (mostly because every day is Goldfish Cracker Day). But Mindy Kaling decided to celebrate National Oreo Day by… taste-testing some Oreos. This video is not great, mostly because I really wanted to hear her thoughts on all of the different flavors of Oreos these days and she didn’t really give us that content. It’s mostly just Mindy looking cute while eating Oreos, with no rhyme or reason. She claims this wasn’t a spon-con post, and she just loves Oreos. I know she loves junk food – she’s apparently addicted to McDonald’s too. So pretend taste-testing Oreos seems in her wheelhouse.

Since it’s #NationalOreoDay… naturally I had to do a taste test of the most interesting flavors. Check it out on my IG stories now!! #NotSpons #JustAFan @Oreo pic.twitter.com/HsyBI8GeyL

Personally, I have to really be in the mood for Oreos, and I just can’t handle the Double Stuff kind. I need a better cookie-to-stuff ratio, so when I am in the mood, I go for the Oreo Thins. Those are the perfect amount of stuff-to-cookie. Try the mint or the Oreo Thin Goldens. You’ll thank me.

Meanwhile, Mindy probably did this Oreo stunt as a way to get people talking about her new movie, Late Night, which she wrote and stars in (she’s a producer on it too). The first trailer was released this week and I’m happy about it! The film premiered at Sundance this year and there was a bidding war, and Amazon ended up buying it for $13 million, which is one of the biggest purchases to ever come out of Sundance. The film stars Emma Thompson as a grumpy David Letterman-type late night talk show host who seems out of touch with the modern late-night sensibility. Her character hires Mindy Kaling’s character to add some diversity to the all-white, all-bro writers room. Shenanigans and teachable moments ensue. Here’s the trailer:

I bet Emma Thompson and Mindy had a great time working together. I actually think Mindy is an underrated actress, although (obviously) her greatest strength is as a writer. I’m interested in this, and it was extremely well-received at Sundance, so fingers crossed. 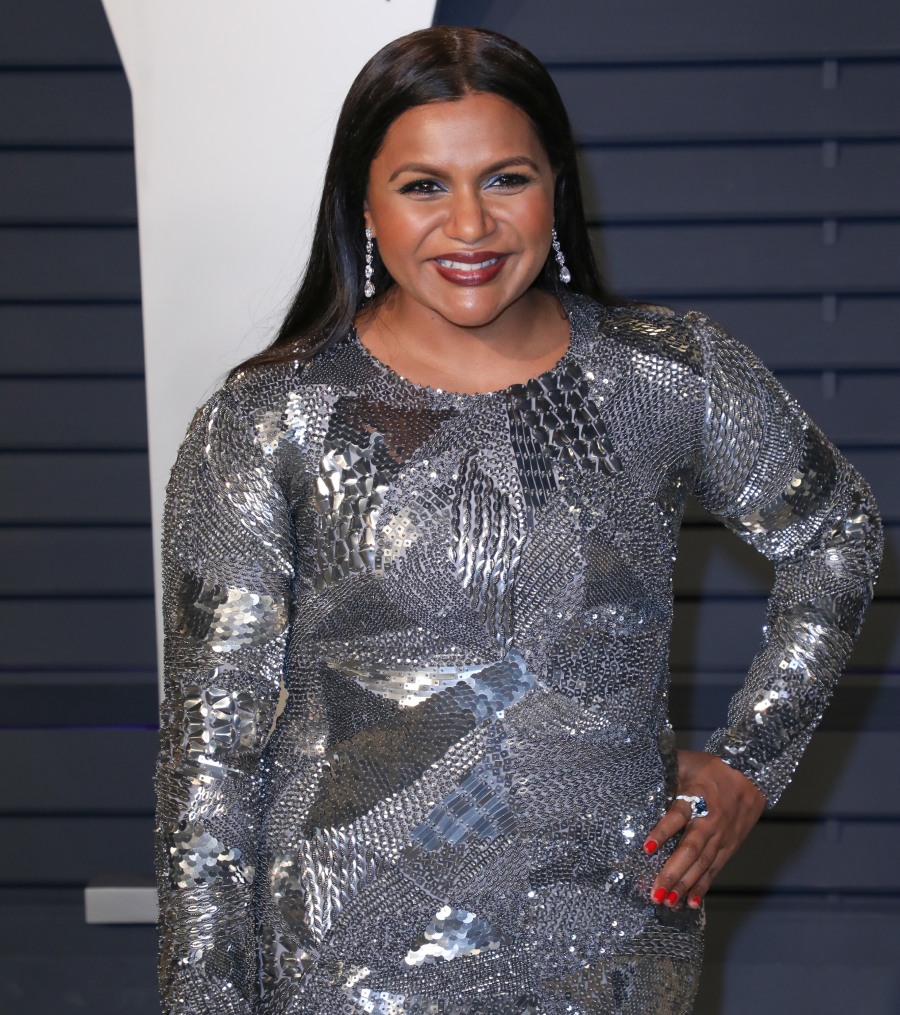