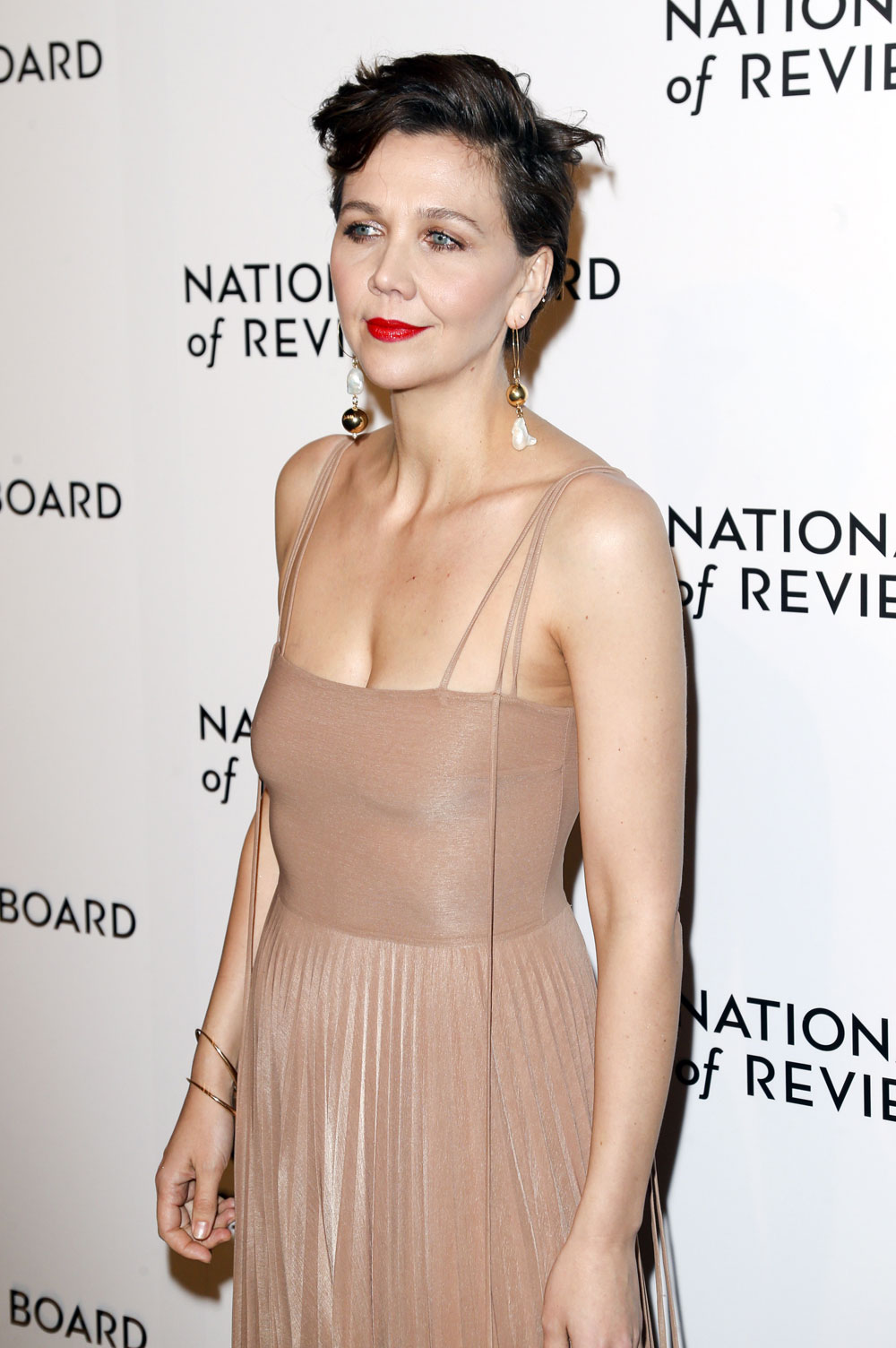 Maggie Gyllenhaal has a new-ish film on Netflix called The Kindergarten Teacher which is out in UK theaters today. It co-stars Gael Garcia Bernal, love him, and she plays a teacher who mentors a gifted young student, to the point of obsession. Here’s the link to the trailer. It looks like a compelling thriller and has a decent RT rating.

Maggie did an interview with The Independent, she talked to Patrick HJ Smith, who is their “head of culture.” Patrick opened the piece with an assholish comment about Maggie’s voice and looks and how that undermines her message. It was sexist and his editor should have changed it. Maggie called him out on it. Instead of a proper apology, he explained his sh-tty reasoning because that’s what you would expect from someone who would do that in the first place. Here’s that passage and that exchange. Keep in mind this is the start of the article.

Talking to Maggie Gyllenhaal can be a little disorienting. She has a high-pitched, cartoonish voice, which she uses to express deep things. One critic memorably said that she possessed a “Kewpie-doll silliness”, but maybe it’s a flaw in our culture that we expect serious thoughts to be couched in sonorous tones. “We live in a masculine world,” she says, “and in America – especially very recently – as much as we would like to believe otherwise, it’s a misogynistic world.”

I apologise if that’s how it came across. The quote you’re referring to was from another writer. I wanted to highlight it as an eg of the way you've been underestimated for superficial, gendered reasons. I think you and your work are brilliant, which I tried to make apparent

Patrick was directly criticizing Maggie’s voice and look. There’s a difference between doing that and pointing out that others do that to add context to her quotes. He tried to undermine the points she made by mocking her for being a woman. We’re used to it and it’s glaringly obvious here. It’s a shame because Maggie makes some excellent observations in that article which Patrick confirms in the way he wrote it. She’s guarded and has a way of talking around things, but Patrick still punishes her for even bringing up feminist issues.

How women have been trained to accept male-centric storytelling
Gyllenhaal… is explaining the difficulties women encounter in clearly expressing something feminine in art. “It’s not impossible, and it certainly happens,” she says, “but I think just because something is written by a woman, or directed by a woman, that doesn’t necessarily make it feminine – because the context that we’re in is fundamentally masculine.”

From childhood, she continues, women have to develop a way to relate to stories where “the main character, the most interesting character, is a man. Every once in a while, I’ve come across things that didn’t require it. I keep thinking of being 15, and seeing The Piano and being very deeply struck by it. I’m still in the process of thinking about what it means to make something that’s feminine.”

On pay equity and how women are gradually becoming filmmakers
Gyllenhaal, a leading figure in the Times Up movement against sexual harassment and gender inequality, says there has been progress within the industry. “For a long time, women behind the camera have been shut out, certainly, but I’ve seen over the past maybe 10 years so many women who are working as a first assistant camera, and I’m just anticipating all of them graduating to become cinematographers – and that will really change film-making.” Yet, she continues, “the money is lagging. That always happens – artists and culture move faster than the money, always. We did not have enough money making The Kindergarten Teacher, not by half, and yet we were a group of women and we were like, ‘OK, we never expected to have enough money, we’re used to that, this is how we do it’, and we just made it happen.”

Should male actors help lead the charge by taking pay cuts? “Mmm, yes,” she says with a wry smile. “But there are lots of different ways to help. HBO, for example, gave me a raise for The Deuce so that I would have pay parity with James Franco. If you have a big company with power and money like HBO, making a decision like that makes it very difficult for other competing companies not to do the same.”

It’s clear this guy doesn’t agree with the points she’s making and that he thinks we shouldn’t take her seriously because she’s a woman. The fact that he’s the “head of culture” at one of the UK’s largest and most influential publications and that this garbage made it to print just makes her comments that more meaningful.

The Guardian’s Gwilym Mumford did an excellent writeup of his interview with Maggie. He led with her work and didn’t try to provide “context” with contradictory bad takes.

Yo, that's me #WomensMarchOnWashington pic.twitter.com/CZW1GTAL0W 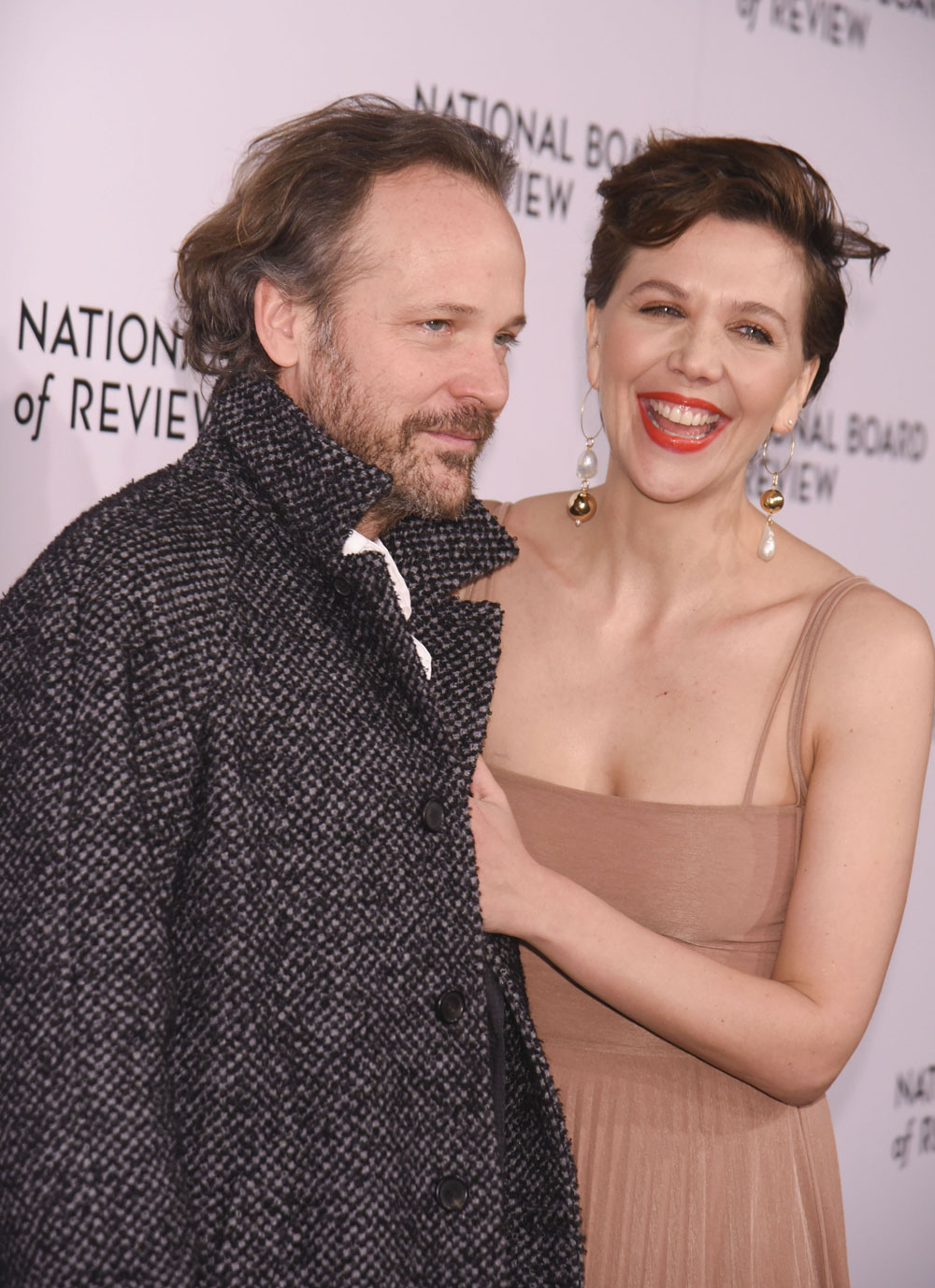