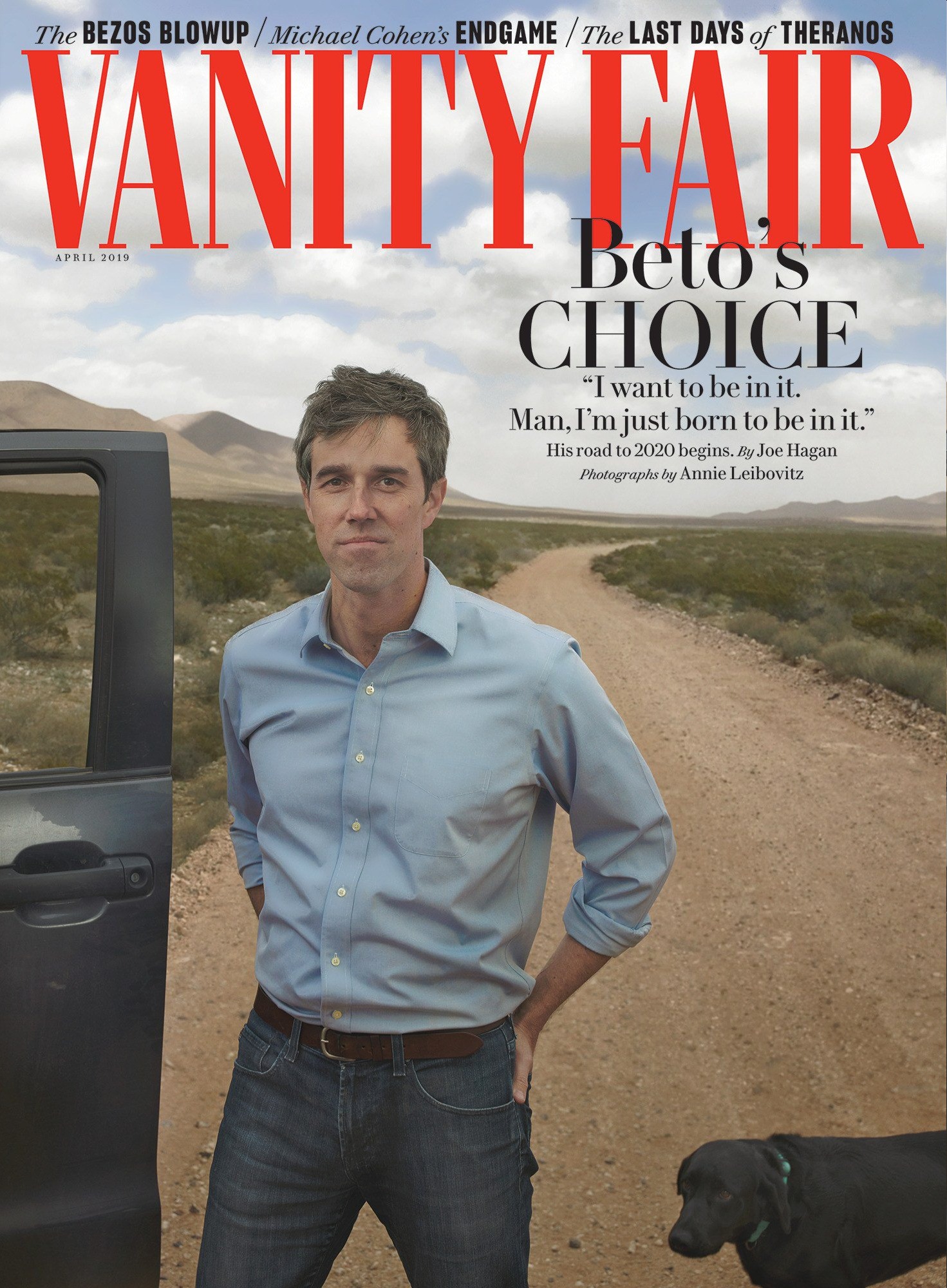 I like Beto O’Rourke a lot. I wanted him to beat Ted Cruz and become the junior senator in Texas. I would still love it if Beto decided to run against Senator John Cornyn in 2020 for that Senate seat. But instead, the guy who couldn’t get elected to a statewide office in Texas is going to run for nationwide office. Yes, Beto O’Rourke is running for president. He’s also on the cover of the new issue of Vanity Fair – “Beto’s Choice” – timed perfectly for his formal announcement today. The VF editorial was shot by Annie Leibovitz and it’s full of beautiful photos of Beto at home with his kids and his dog (Artemis), and photos of Beto bumming around Texas in a truck. The photos are pretty. Beto is pretty. But…

Yeah, I hate this. I hate that everyone is conspiring to hype this guy just because he’s a white guy. Admittedly, he’s a charismatic guy and if he ran in 2024 or 2028, maybe I would much more into his campaign. But as it stands right now… he couldn’t win statewide office. He’s not qualified enough to be president. As much as Vanity Fair wants to position him like “the true heir” to Barack Obama, it just feels like we’re supposed to stop paying attention to all of the other Democratic Party candidates just because a charismatic white dude has decided he can’t Hamlet this situation anymore.

Anyway, for all of the excitement around Beto, the Vanity Fair cover didn’t seem to go down as hoped. I don’t know about your timelines, but on Twitter last night, most people seemed to feel like “eh, the Annie Leibovitz photos aren’t the way to go in 2019.”