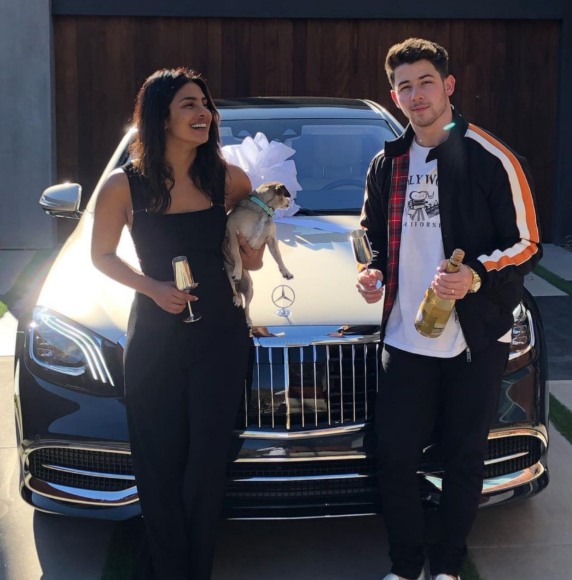 The Jonas Brothers have a hit single, so Nick Jonas bought Priyanka Chopra a Maybach to celebrate. Ugh. [Dlisted]
Several South Korean celebrity men are being outed as predators. [LaineyGossip]
What is a Teen Mom’s boyfriend doing in scrubs?? [Starcasm]
Ew, Keira Knightley, this is not your color. [Red Carpet Fashion Awards]
I would love Jessica Chastain’s dress if it were a tad longer. [Tom & Lorenzo]
Vermont voters snapped, made a goat the mayor of Fair Haven. [Jezebel]
Are the Beto O’Rourke & AOC documentaries any good? [Pajiba]
What if This Is Us was a sitcom? [Seriously OMG]
Joe Giudice released from prison, but now he’s in ICE custody. [Just Jared]

When the hubby goes number one.. the wifey gets a #Maybach !! Introducing.. Extra Chopra Jonas.. haha .. I love you baby!! Yaaay! Best husband ever.. @nickjonas 😍❤️💋 pic.twitter.com/LZkYi00GKr