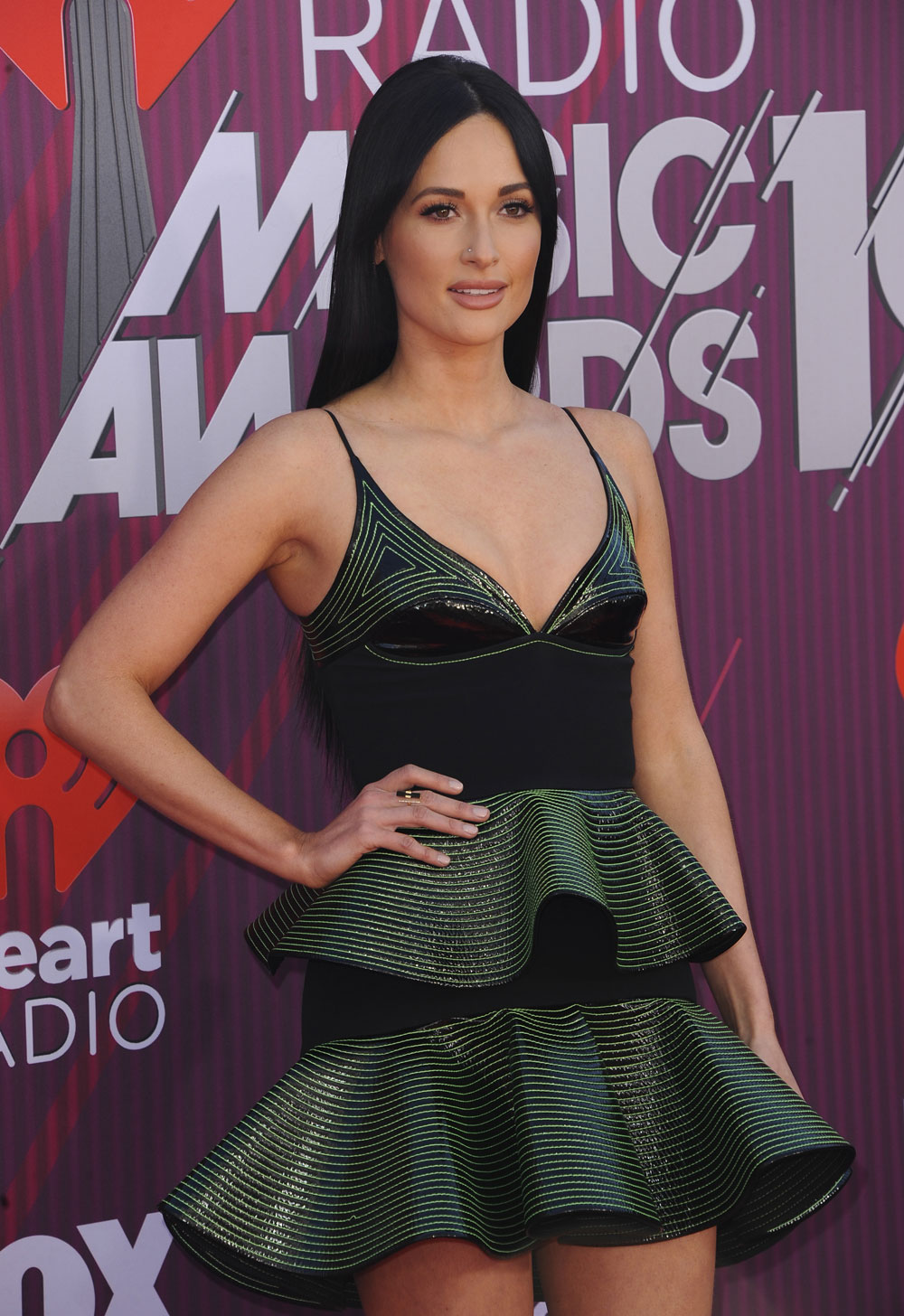 It’s weird that we’re at the point where Kacey Musgraves is headlining a fashion post. Kaiser covered Taylor Swift and Katy Perry earlier today and these are some of the other women who were at the iHeart Radio Music Awards last night. You can see a complete list of nominees and winners here. Kacey won best cover song for “Still The One” with Harry Styles. She was in a tight black David Koma dress with a superhero-like bodice and a miniskirt with two structured ruffled tiers and green stitching. The proportions on this are all off. Kacey is not known for being fashion-forward, I’ll just say that. She tries though. 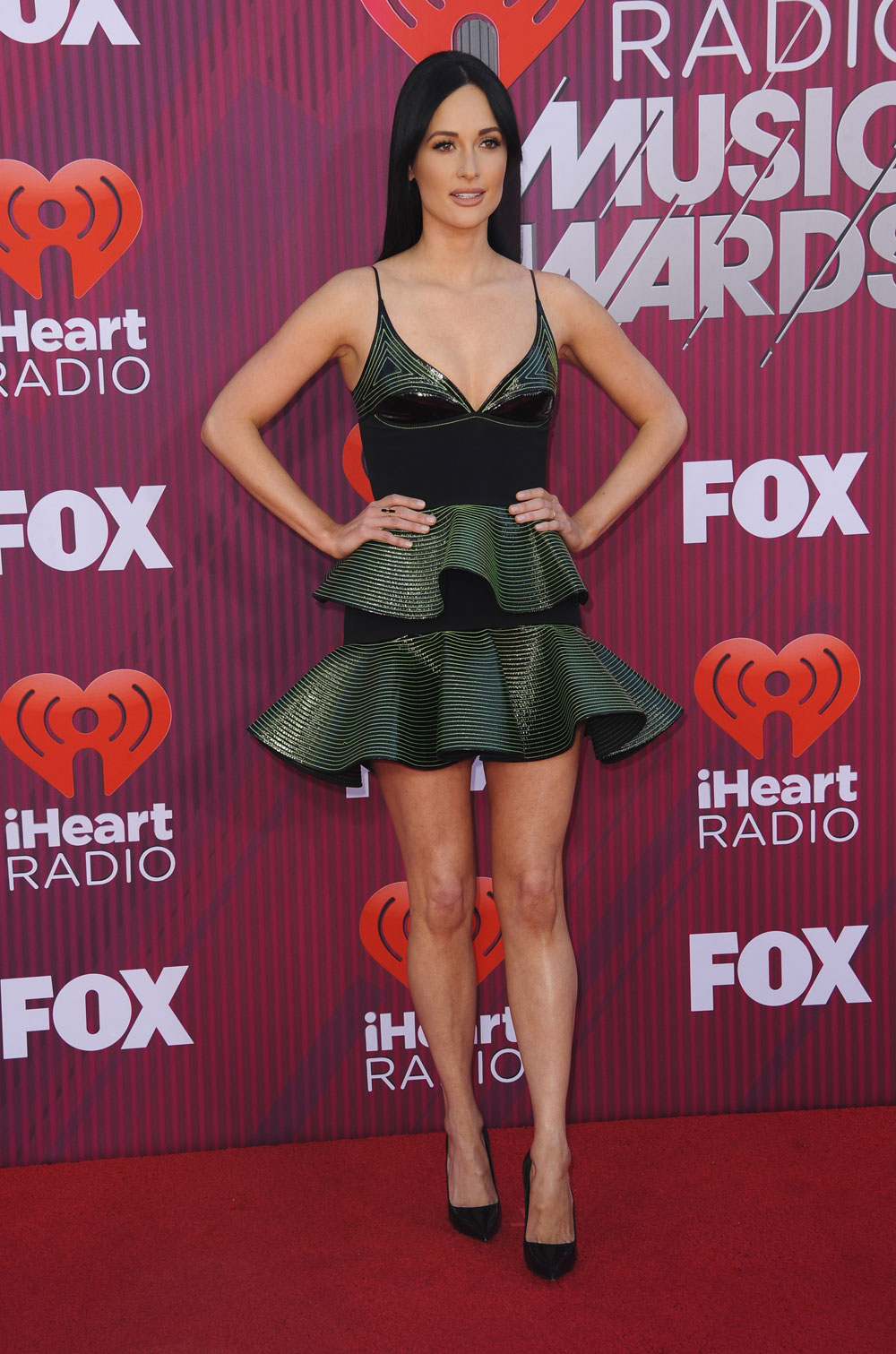 Later on in the night she changed into a highlighter color Versace gown with one sleeve. I like the oversized jeweled safety pin and button at the waist. Remember Liz Hurley’s safety pin Versace? It has its own Wiki page! 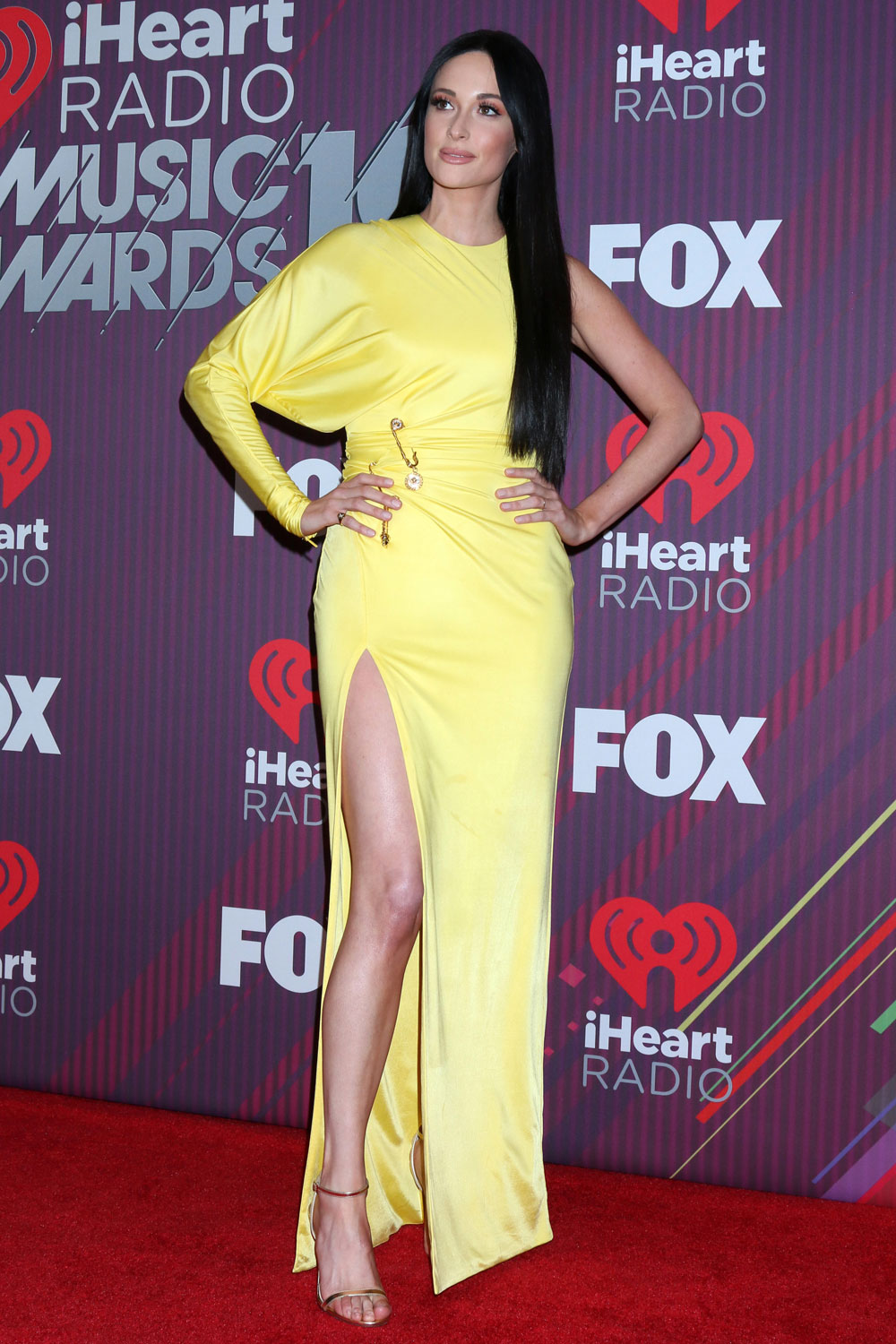 Female Artist of The Year nominee Halsey (that award went to Ariana Grande, who didn’t show) looked like a waiter in a Dsquared2 tuxedo suit complete with an apron peplum. It’s a fun look and I especially like her hair and makeup, she just looks like she’s with catering. 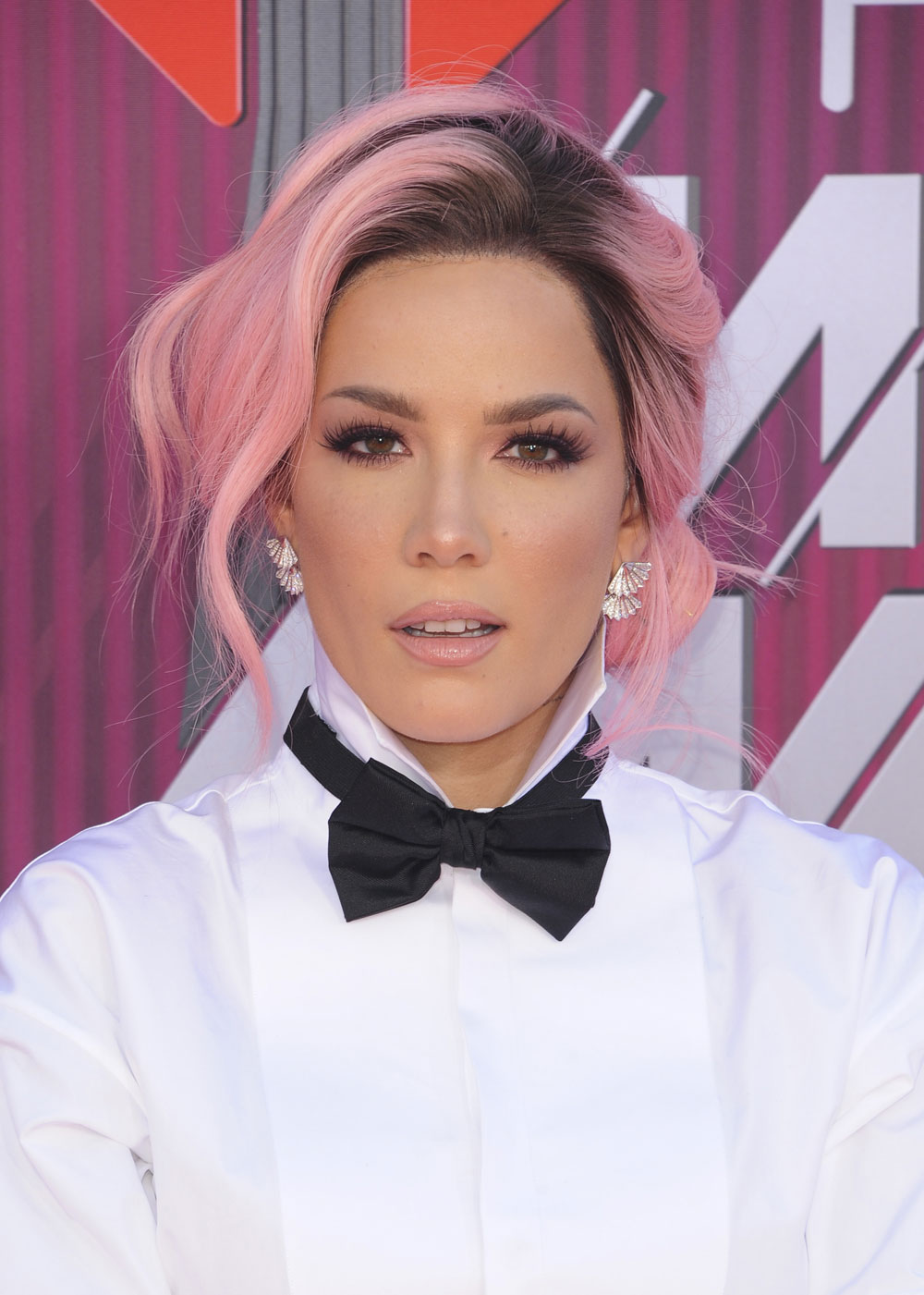 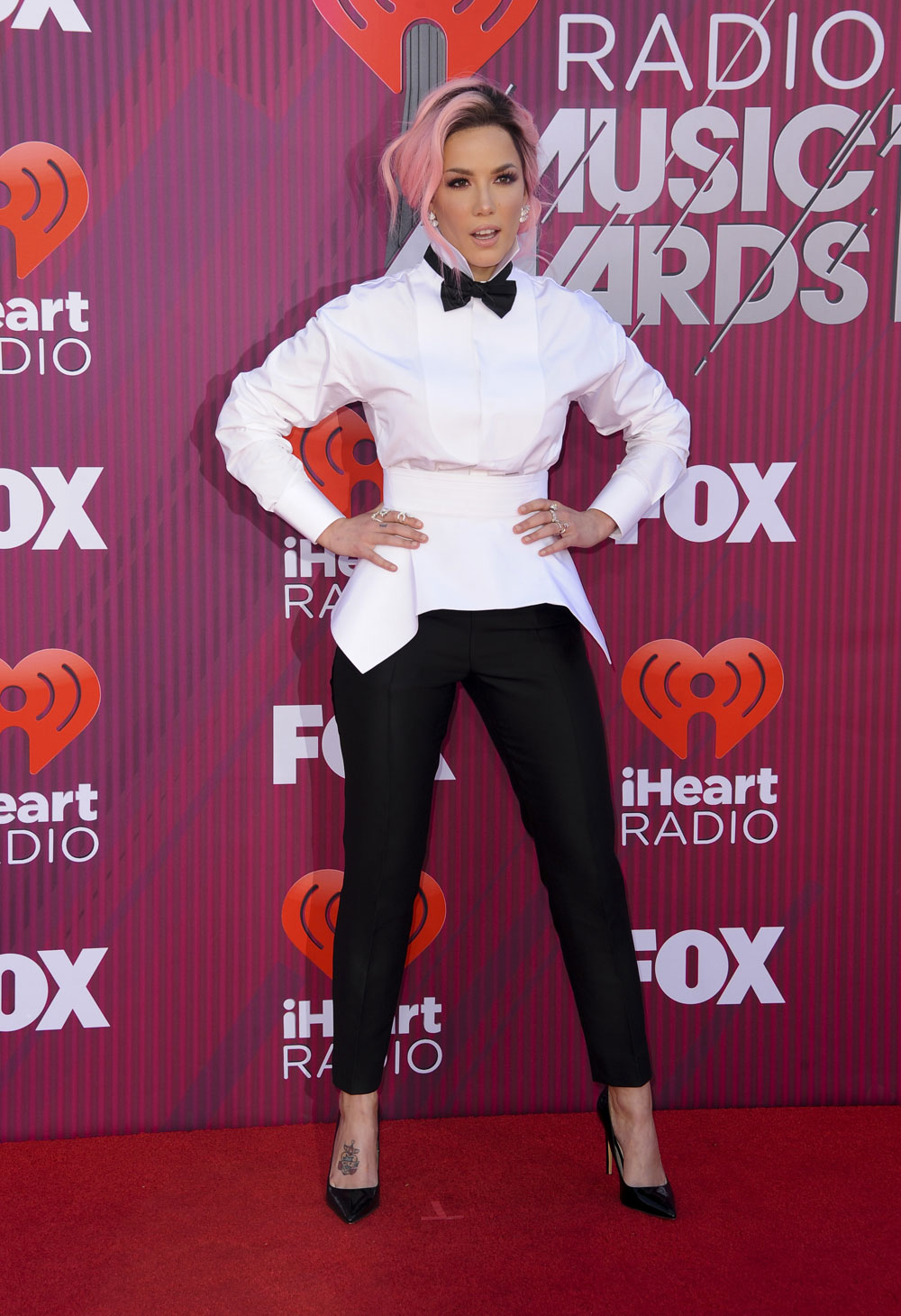 During the ceremony she changed into a sequin lip print Giambattista Valli suit. This is very cute.
Embed from Getty Images

Ella Mai won R&B Song of the Year for “Boo’d Up”, Best New R&B Artist and R&B Artist of the Year. She was in an Acler suitdress with ruffled sleeves. This is too out there for me but I like her shoes.

She looks better in this reflective button up suit with all her awards!
Embed from Getty Images

Bebe Rexha won Country Song of The Year for “Meant To Be” with Florida Georgia Line. She was in a deep v-neck black suit with a tie waist. I would wear that. I like the suit but that’s a weird hat with that giant tie. I guess it would look too plain without it. 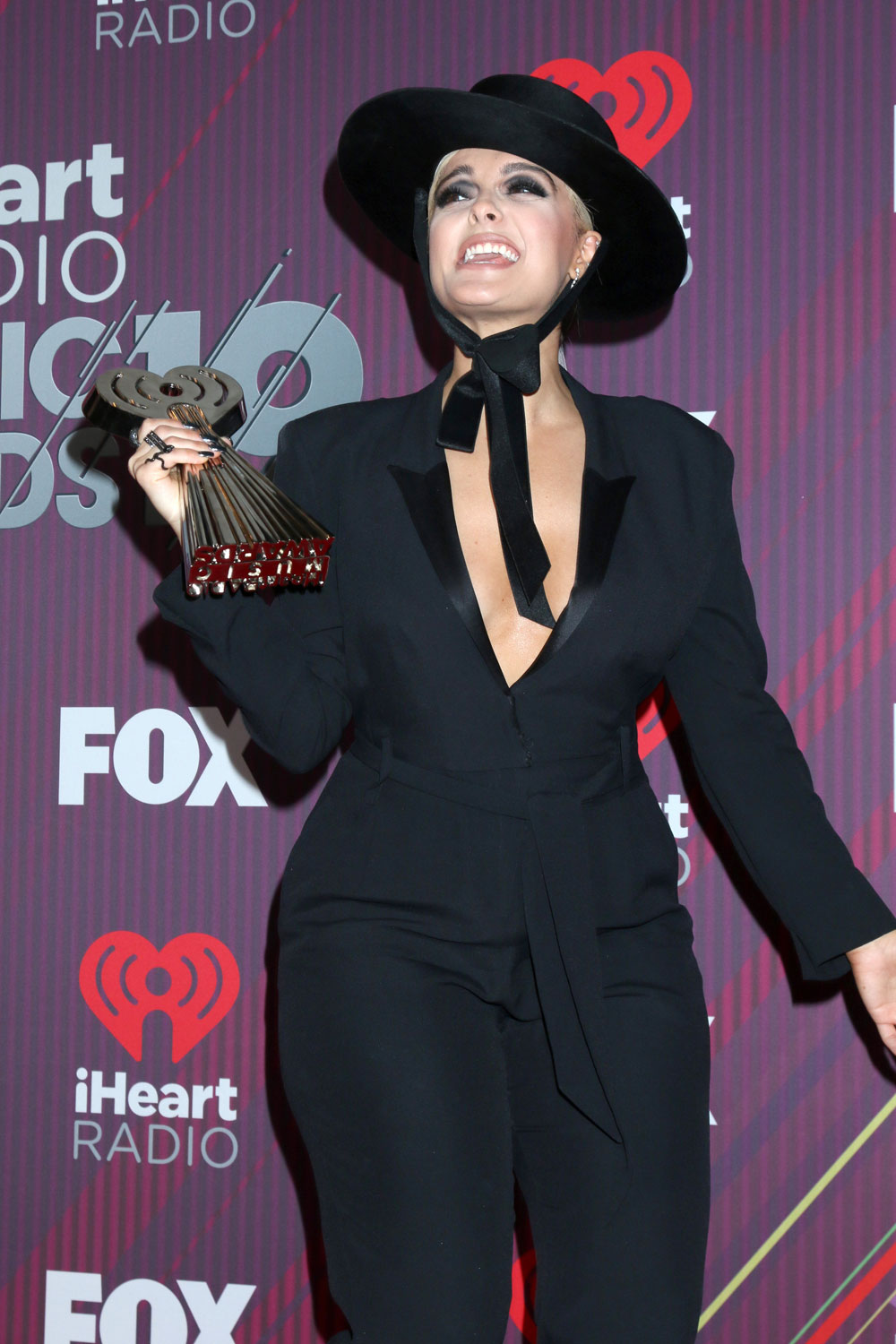 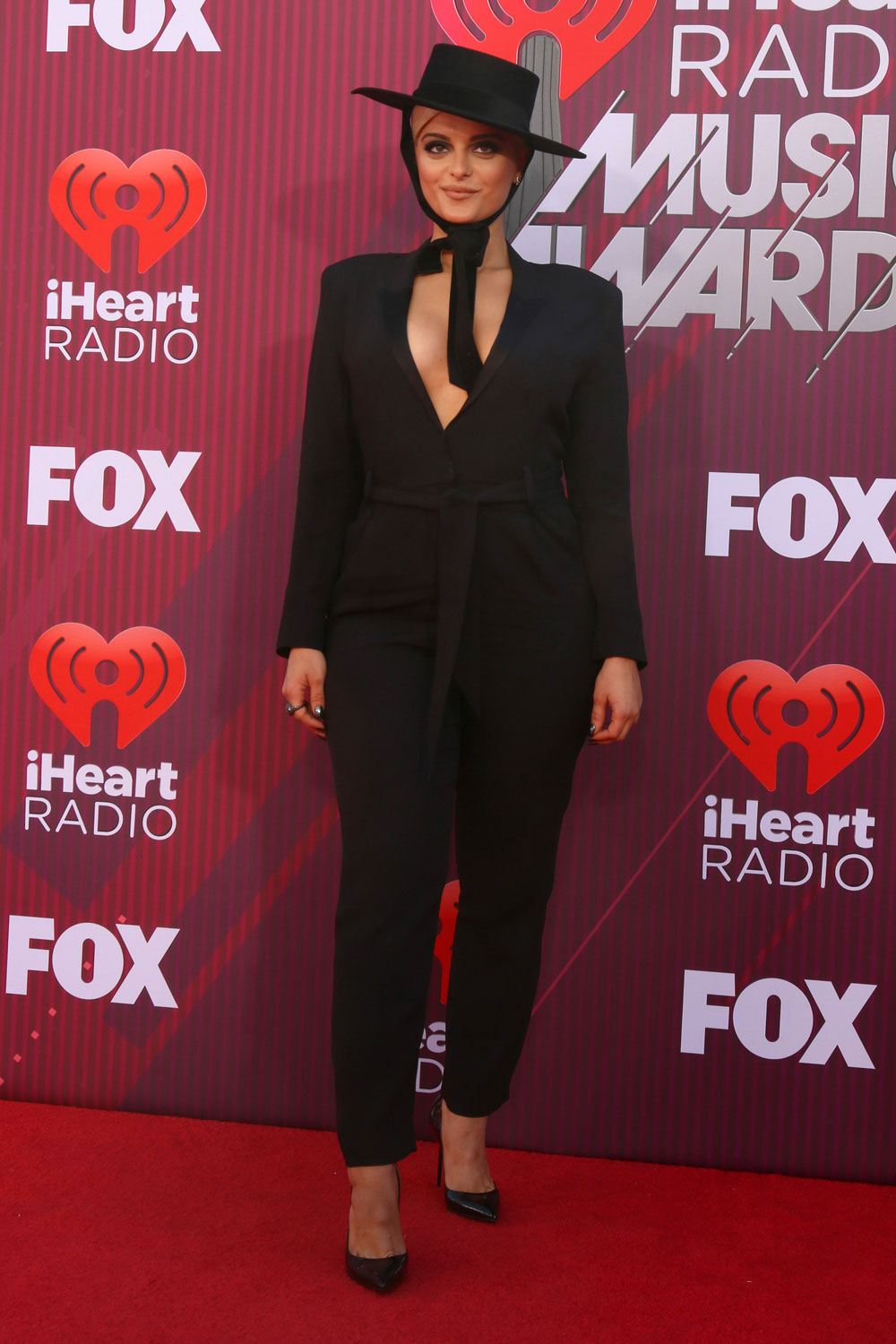 Elle Fanning was in Miu Miu. This is a pretty dress, I love the lines of dashed sequins, but it’s not the right occasion for it. She’s only 20! 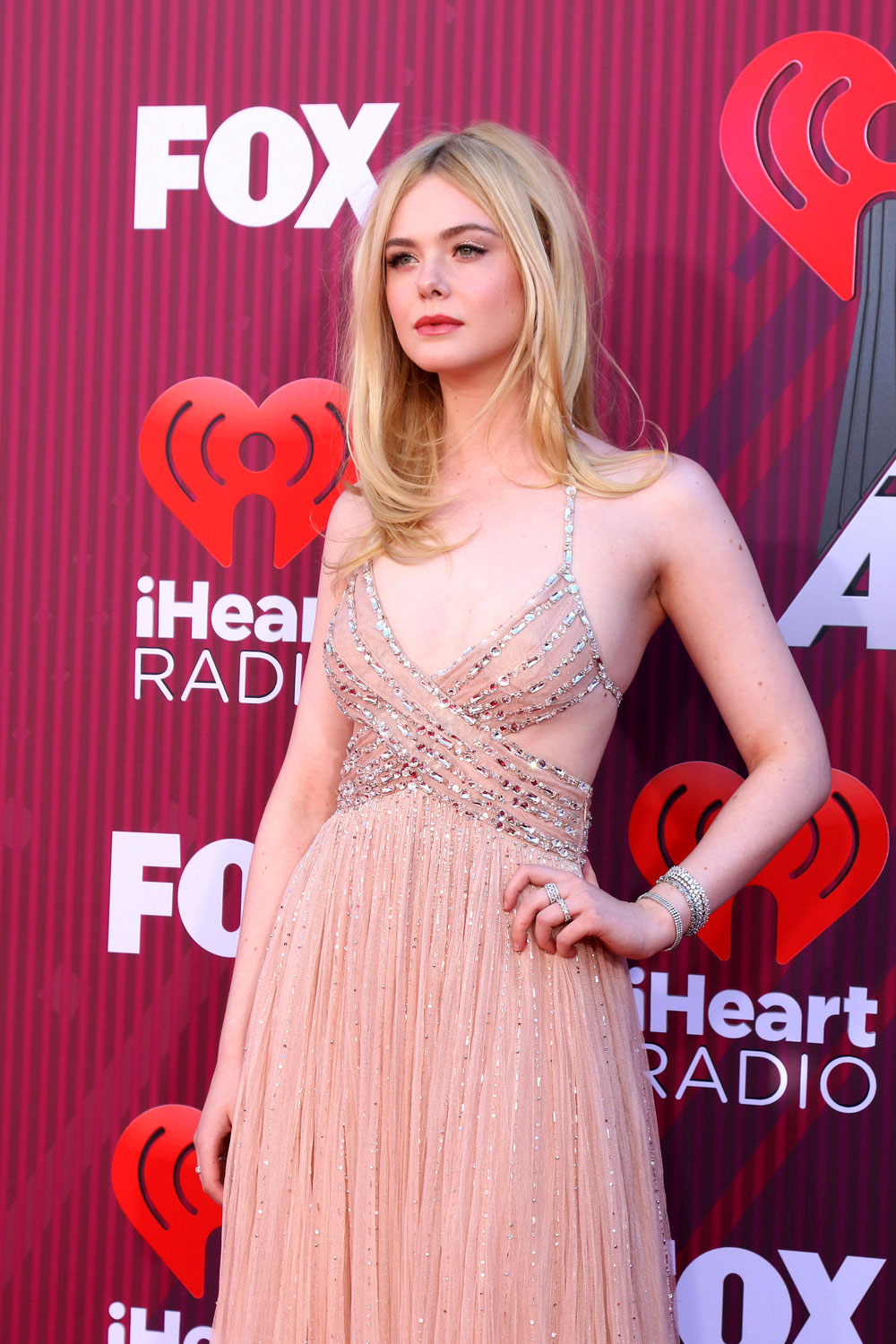 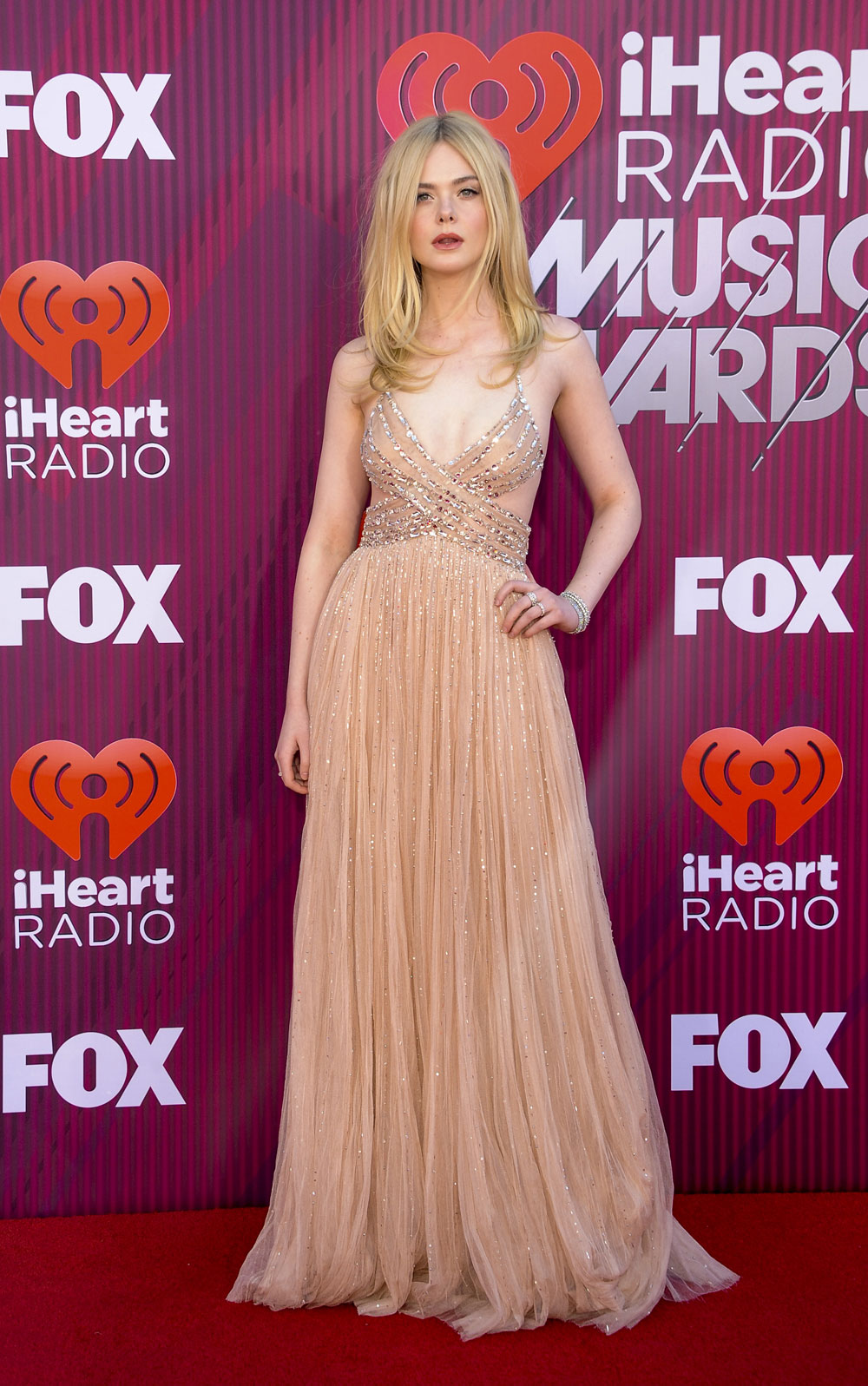 I love to see what Kat Graham is wearing and she had the DGAF look down in a boxy white Alberta Ferretti top and Philosophy Di Lorenzo Serafini pants. Her helmet hair is too much but she’s pulling off this look. 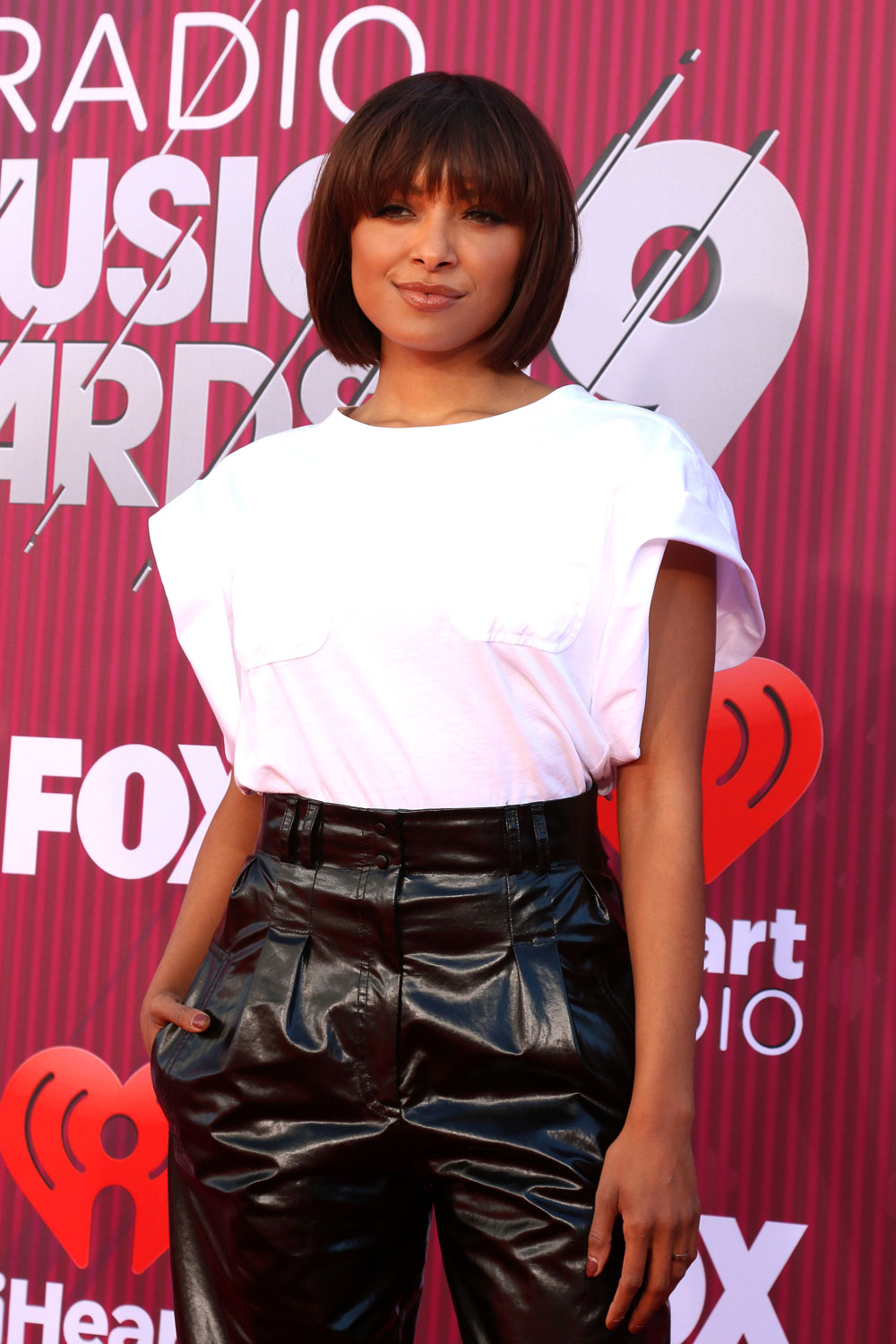 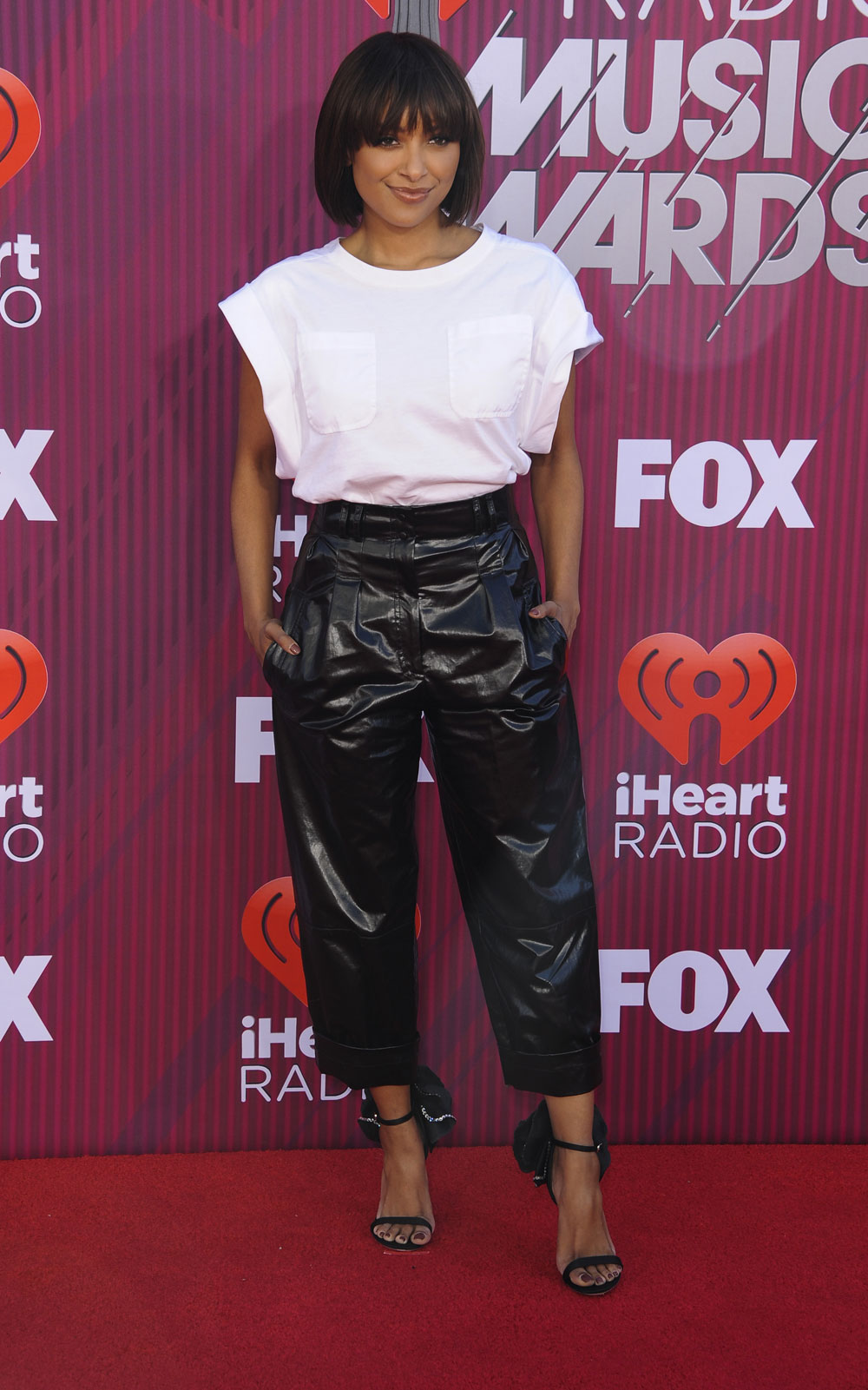 Maren Morris won Song of The Year and Dance Song of The Year for “The Middle” with Zedd and Grey. That song is everywhere and I like it. She was in Rami Kadi couture. The diamond rainbow sequins on this are awesome but the cut is weird. Does it need that half ruffle along the top? 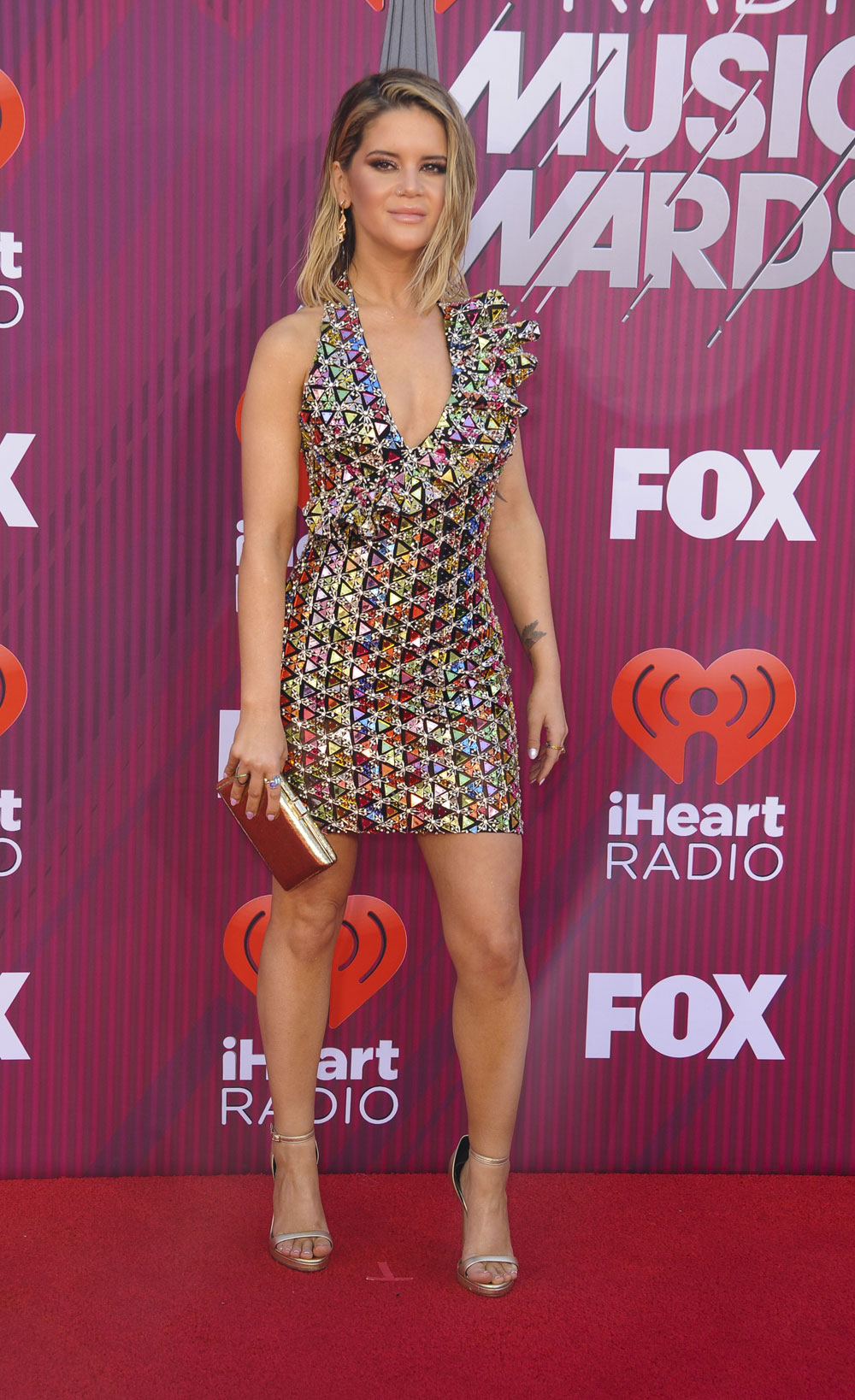 Finally here’s Heidi Klum in Christian Siriano. Siriano can really be hit or miss. Heidi goes to everything and it’s not like her fiance Tom Kaulitz was nominated, Tokio Hotel’s last album was in 2017. I got the designer IDs from redcarpet-fashionawards and she said the same thing, that Heidi goes to every event. This dress looks like something Mrs. Roper would wear. 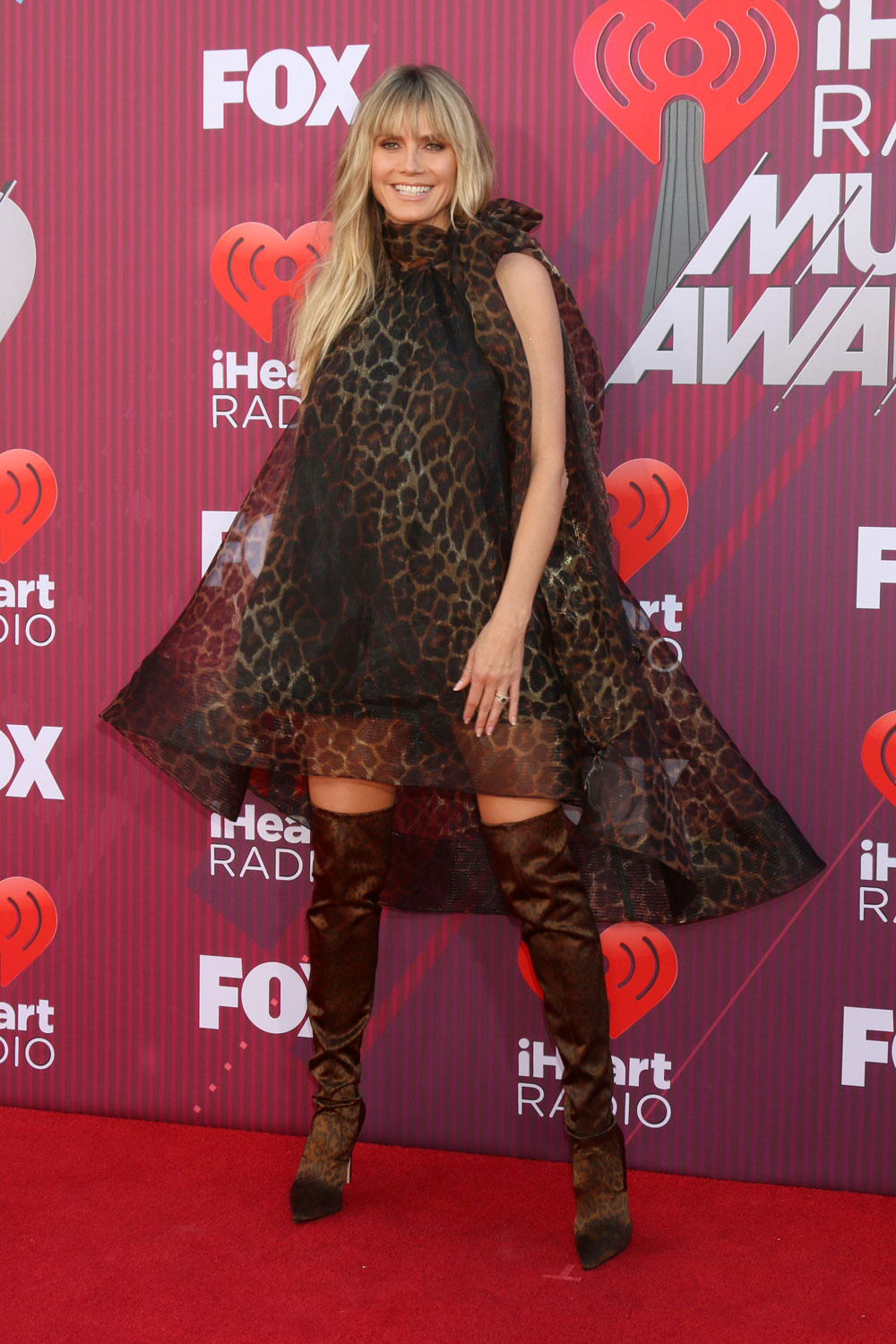 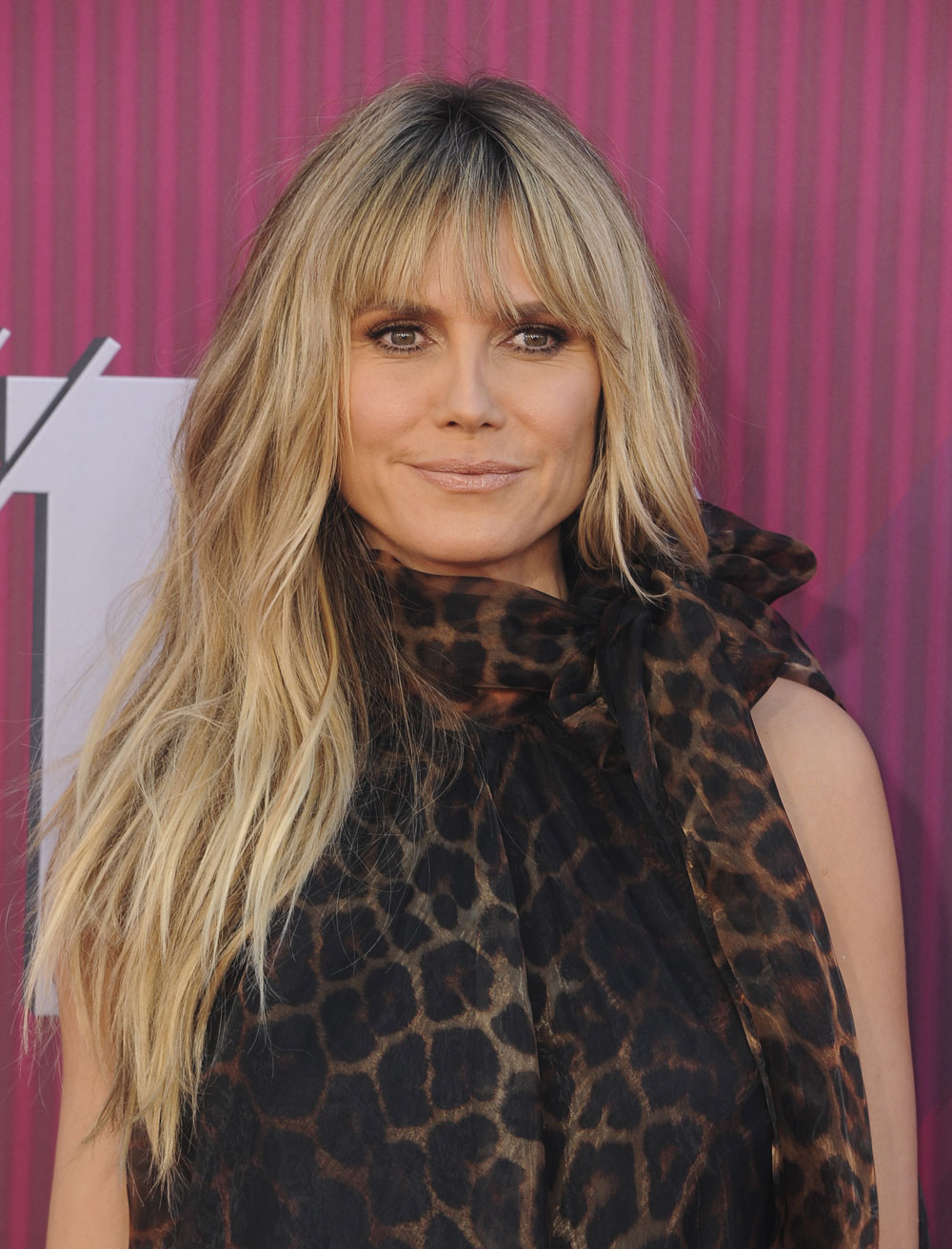