Keira Knightley: We don’t give women enough credit for the ‘marathon’ of motherhood 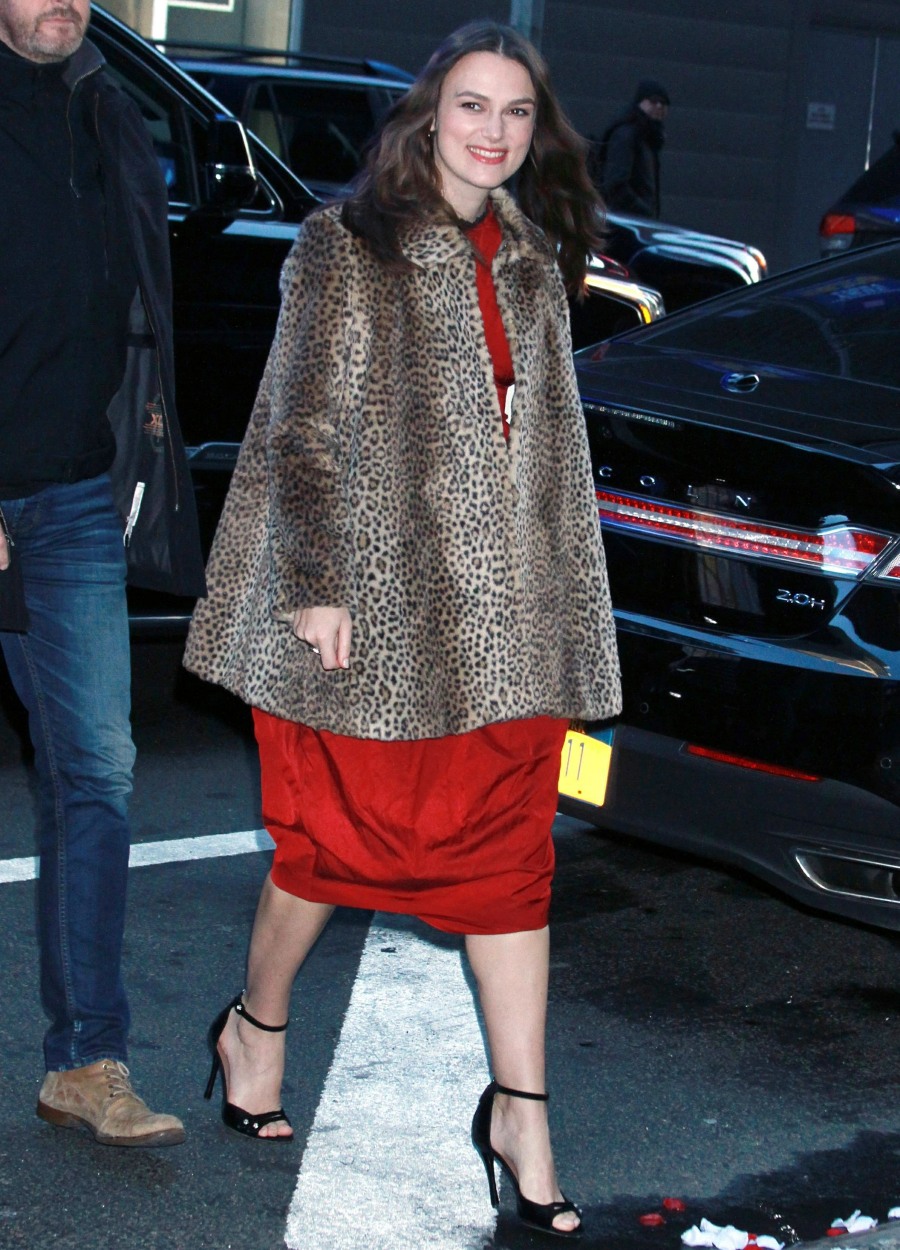 Keira Knightley was in New York last week to promote her latest film, The Aftermath. I seem to remember that The Aftermath was originally supposed to come out late last year, possibly for the awards season, but I might be hallucinating that. It’s already been released this month, although it obviously got overshadowed by Captain Marvel and Madea and such. I always feel bad for those costume dramas – they deserve more than being dumped in March with a limited release. The Aftermath looked like a typical overwrought WWII-era love story, starring Jason Clarke, Keira and Alex Skarsgard. I was into the trailer.

Anyway, when Keira was promoting the film, she talked a bit about motherhood. Her daughter Edie is three years old, and Edie’s birth marked the big change we see in Keira lately. Keira had some stuff to say about privilege and how difficult motherhood is:

Keira Knightley may be hoping for baby number two soon after praising women for attempting to juggle work and motherhood. The Oscar nominee, wed to musician James Righton, gave birth to daughter Edie in 2015.

Since then, she said: “I don’t think we give women enough credit for the physical and emotional marathon they go through when becoming a mother. I come from a place of amazing privilege. I have an incredible support system; I’ve been unbelievably lucky in my career; I can afford good childcare, and yet I still find it really f—ing difficult.”

I don’t think we give Keira enough credit for recognizing her privilege, talking about it and still using her platform to discuss social inequities, sexism and women’s economic issues. Like, Keira has never been one of those judgy “if you eat a donut while pregnant, you’re a terrible person” women. She talks about pregnancy and motherhood in a very direct and honest way. She’s never been here to whitewash on those experiences. I love her for that.

Here’s a photo of Keira at the New York premiere of The Aftermath last week. Her gown was Valentino and I HATE IT.

63 Responses to “Keira Knightley: We don’t give women enough credit for the ‘marathon’ of motherhood”