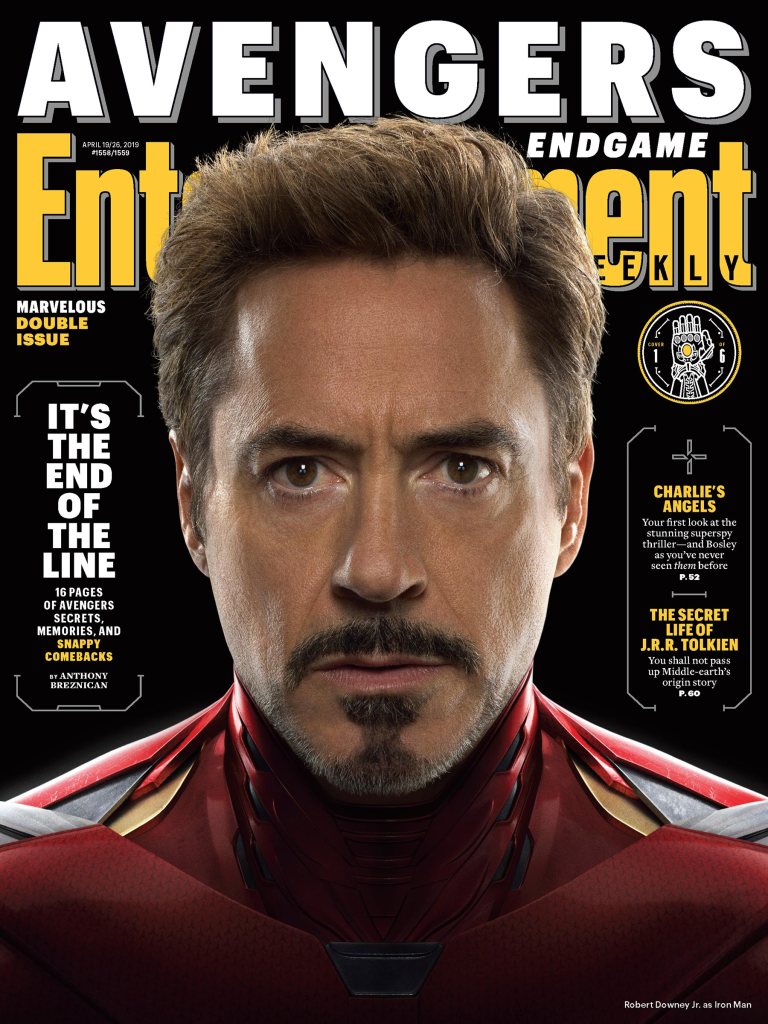 Yes, I’m really trying to make Avengers Promotion Season a thing. It’s the end of an era! (And because I desperately need the distraction of Avengers promotion right now.) Entertainment Weekly is rolling out their Avengers issue with six individual covers, one for each original Avenger. (Also appearing on each cover, the newest Avenger: Photoshop.) The first up is, no surprise, Robert Downey, Jr.’s Iron Man. He certainly looks… well-rested. It seems the time in space has done wonders for his laugh lines. I’ll bet Pepper has already found a way to market this for her lifestyle website she started to distract her from Tony being abandoned at the farthest reaches of the galaxy.

Next is Captain America, or, as we like to say on CB – the beardless Chris Evans: 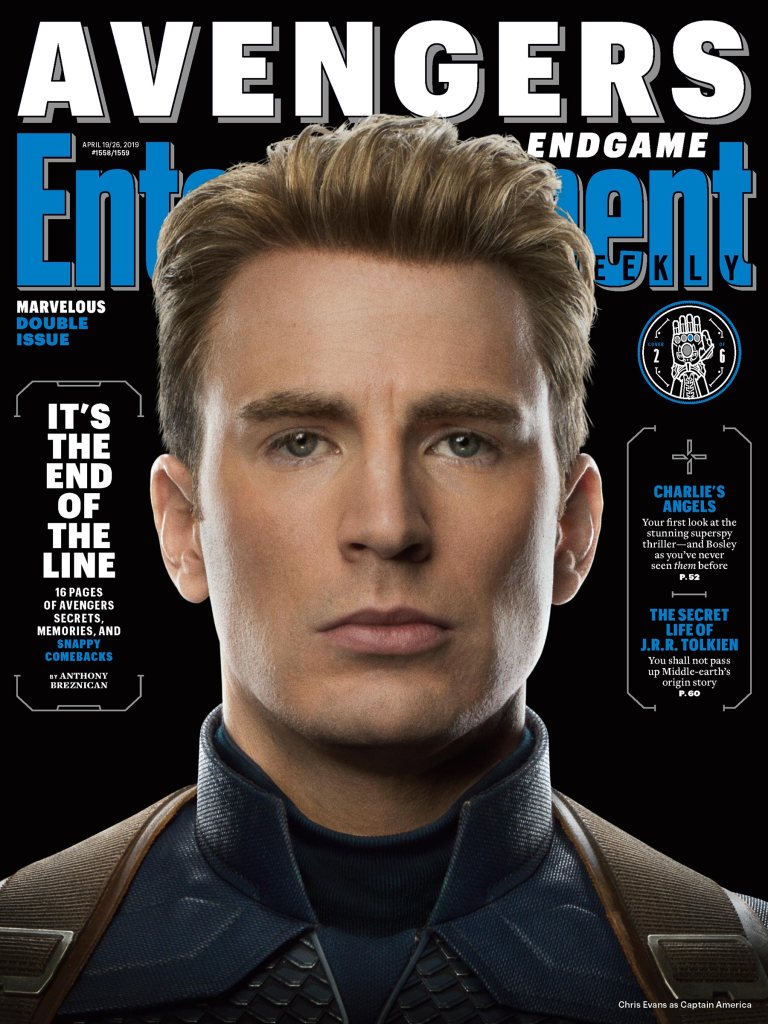 I assume this is a return to Cap. He’s seen some things, done some things, found his potty-mouth but inside, he’s still Cap. I’m not feeling this cover. He looks more bored than tough or hardened. You know what it needs? Some teal velvet. Oh! That should be Cap’s new suit – head-to-toe teal velvet, with matching beard. (Did anyone catch this, where the other Avengers weigh in on Cap’s beard?)

Scarlett Johansson’s Black Widow seems to go through a hair evolution in the film. We know she briefly has a blonde bob but at some point, ends up with this ginger ombre look: 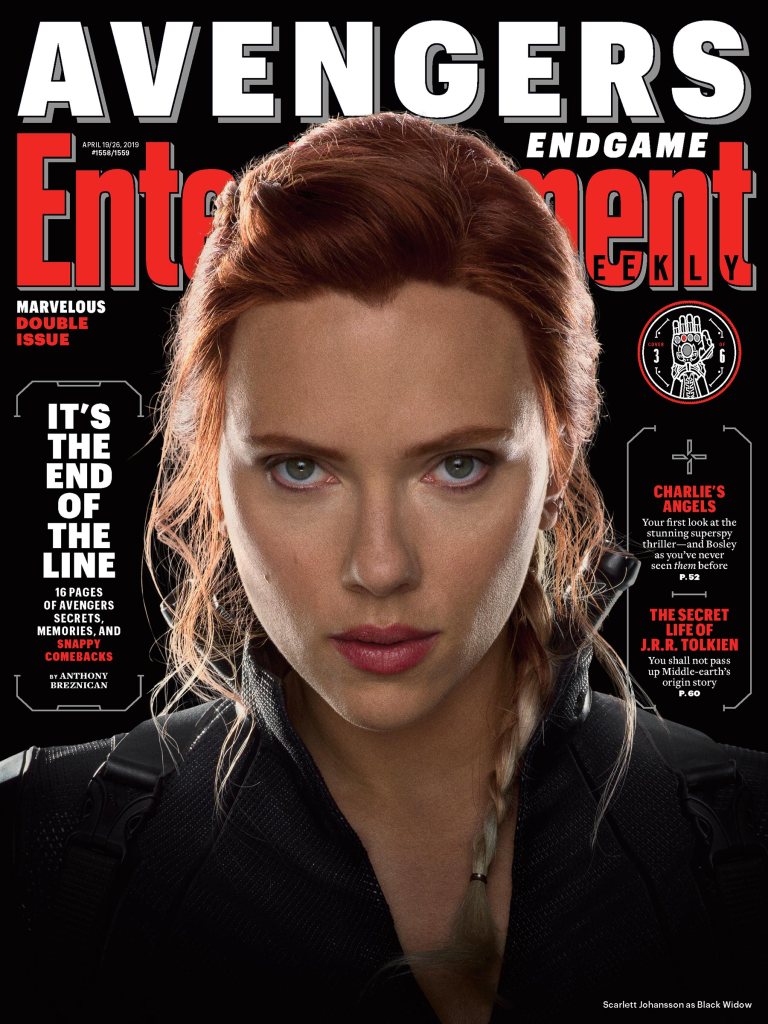 I’m assuming the refreshed faces, the missing beard, the return to red has seeming to do with the time-travel theories? I do appreciate that the expressions on each suggests fatigue, frustration and possibly even defeat. Sure, they look fabulous, but half the world dying has taken an emotional toll. (Try P. Potts new Space Stone therapy to ease tension and cleanse your soul!)

Of the six covers, I like Thor’s the best and no, it’s not just because it’s Chris Hemsworth on the cover, it’s what his expression conveys: 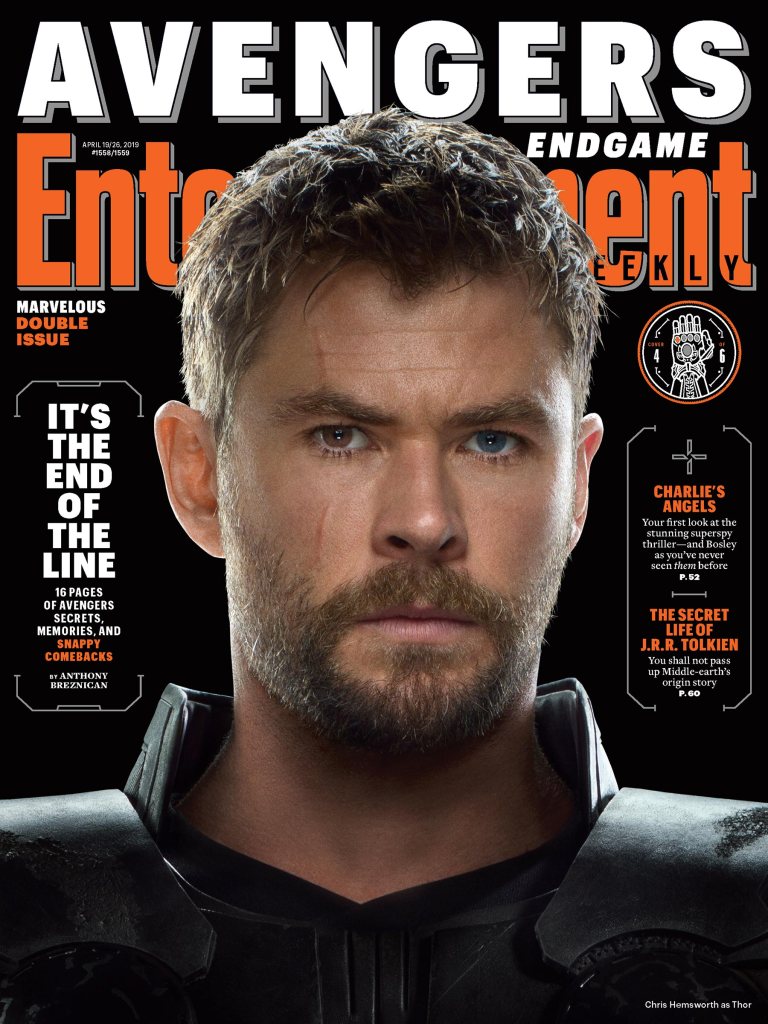 Thor’s pissed. We know he’s rash and still succumbs to his emotions. We also know he’s a whole heap more powerful than anyone suspects. Yea, Thor wants to make it rain with Thanos parts. Plus, his artificial heterochromia makes him look both badass and slightly unhinged. Like, “I popped someone else’s eye in and went on with my day – don’t mess with me!”

Mark Ruffalo’s Bruce Banner is over it: 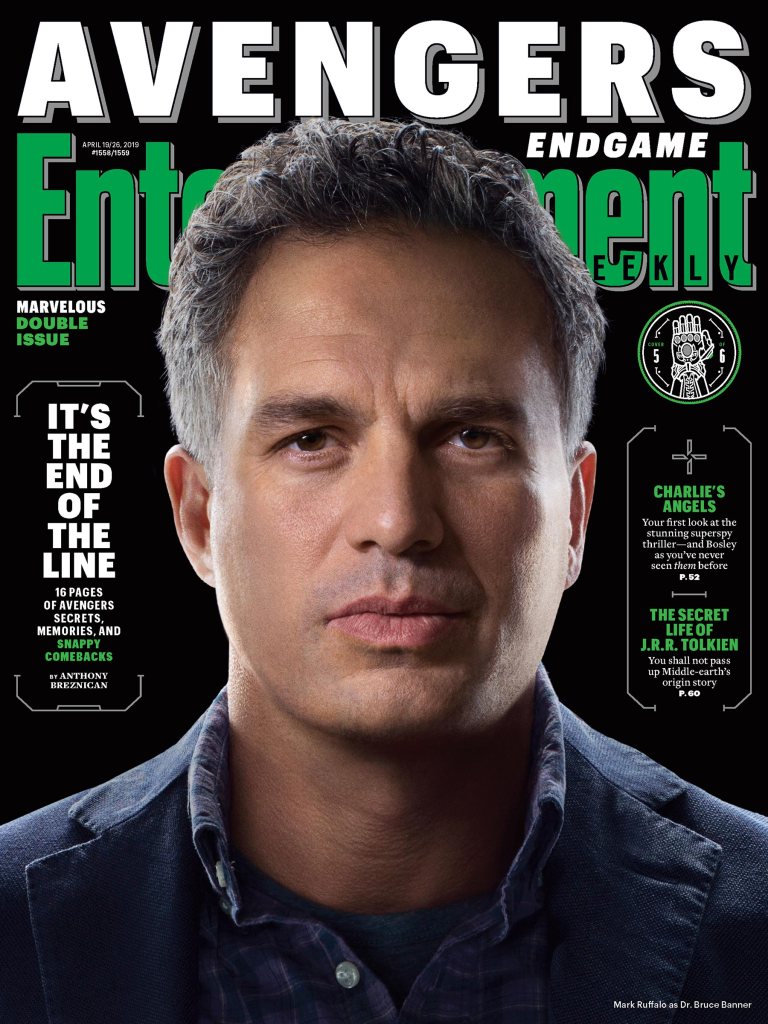 One of the thoughts I had about the latest clip is the clash of the survivor’s powers. Bruce was arguing science, Rhodey was coming from his military background, reminding Carol there was an established hierarchy, Thor was displaying brute force and Steve and Widow were acting from emotion. Unless Banner can re-find his Hulk, no one will listen to him (until Tony gets back).

And then there’s Jeremy Renner’s Hawkeye/Ronin: 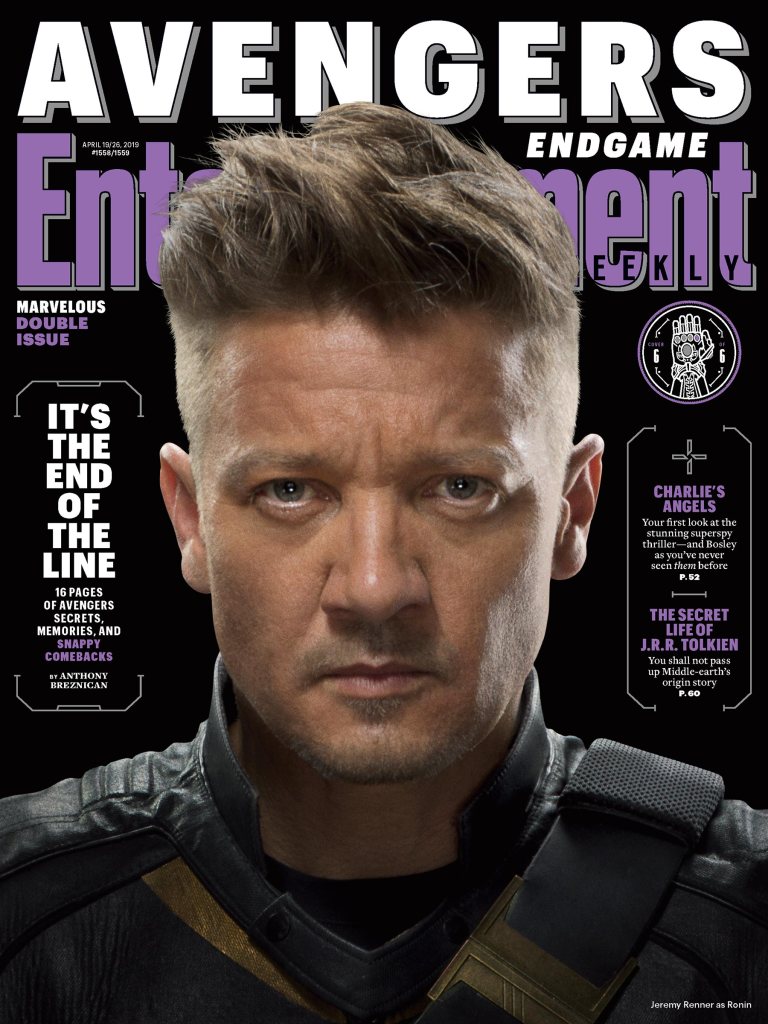 I know nothing of the Ronin storyline but have read that people are very excited about it. Clint has the most story for us to catch up on. Even considering the bloat of too many characters, I believe the lack of information about what’s been going on with him is deliberate. I know Thor and Captain Marvel are going to mess Thanos up, but I really think Clint plays a vital role in this coming together and that’s why we aren’t getting any information on him.

So, which is your favorite and why?

She should have been up there all this time. Check out the official Marvel Studios' #AvengersEndgame poster. @DanaiGurira #WakandaForever pic.twitter.com/5V1veWMxlz