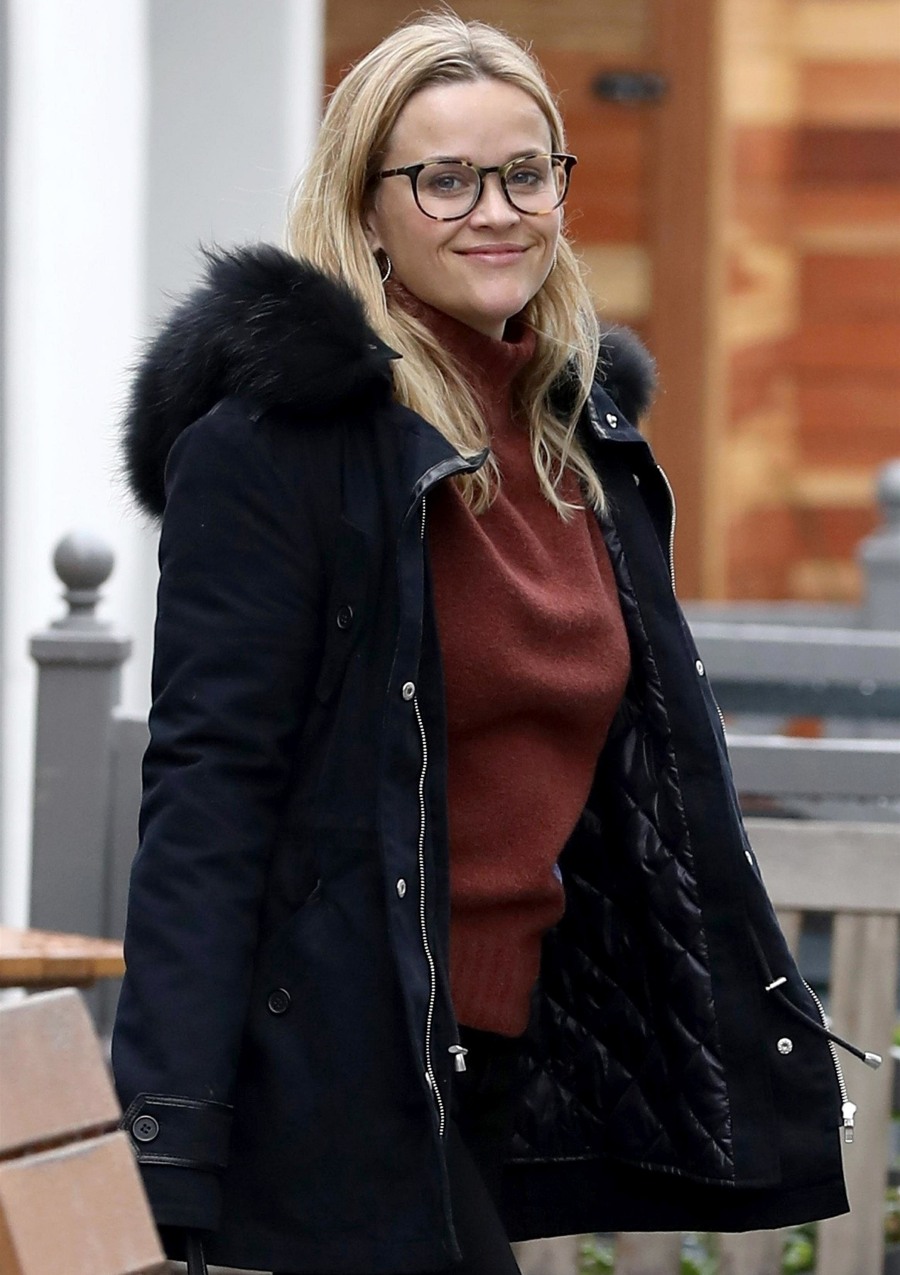 Big Little Lies 2 premieres on June 9th, and I assumed that was what Reese Witherspoon was promoting in this feature in Allure. But she doesn’t mention Big Little Lies 2. She does mention “I’m so Southern Y’ALL” in the second sentence of the interview and I’m just like… do we really have to do this, Reese? I’m from the South too and I don’t have to drop it into every single conversation as some kind of “pass” for why I’m a tacky a–hole. I would argue that I would have been a tacky a–hole even if I had grown up in Oregon. So what’s Reese’s excuse? Sorry, it just makes me mad when Reese thinks she has to “perform” her Southerness. It’s a recent thing for her too, it’s part of her celebrity-brand in the past five years. Before then, she barely talked about the South. Anyway, some highlights from this Allure interview:

Her best makeup tutorial: “My makeup artist, Molly R. Stern, taught me how to put on fake eyelashes. She hates that I put on a full strip, but I’m from the South — I love a good ol’-fashioned drugstore strip lash. I pop it on, put a little liquid liner over it, and I feel like my eyes look more open. I made a mess the first time, but then Molly showed me how to make it better. Always put liquid eyeliner over it.”

Her biggest beauty regret: “In the ’90s, we plucked our brows really thin. I said “we” — at least I did. And it just looked awful. Thank God, they grew back, but, I mean, who knows what they might look like now if I hadn’t plucked them into oblivion! ”

The never-again lipstick color: “Brown. Like, dark brown. It looked terrible, and it was immortalized on my driver’s license photo when I was 16 years old.”

Her secret for the perfect not-too-yellow, not-too-white blonde: “Her name’s Lorri Goddard. She’s been my colorist for 15 years and has taken me from blonde to red to brown, back to blonde. She’s meticulous about the balayage process and puts oil on the roots and tips so they don’t break. But it takes three hours to have my highlights done, no joke. I go every seven or eight weeks. I’m starting to get gray around the edges of my hairline. Lorri doesn’t like to call them grays, though. She says they’re ‘hyper-blondes.'”

Her vitamin regimen: “Prenatals. One of my girlfriends told me she takes them even though she’s not pregnant, so now I do, too. It makes my hair look better.”

Why she enjoys aging: “I have a point of view because I’ve been on this planet for 43 years, and I didn’t feel that same way when I was 25. I didn’t have the same things to say. I’m 43 and I’ve had a whole bunch of experiences, and I can speak with a thoughtfulness about the changes I’d like to see in the world, and…I just feel like I earned that gray hair and my fine lines. I like ’em. I so prefer 43 to 25.”

The last product she finished: “Probably bath salts. I mix the Goop ones with plain Epsom salts. I’ve been taking a bath every night for the past four years. It’s changed the way I sleep and the way I feel when I wake up — takes away all aches and pains. I also read so many books in the bath. They’re the antidote to self-involvement. Escaping to a different world and thinking about other people’s realities is really therapeutic for me.”

I’m closer to 43 than 25 and let me tell you… even though my 25 sucked at the time, I would take that over what is happening to me now. I didn’t know how lucky I was back then with my 25-year-old knees and feet and shoulders. Whenever someone in their 40s is like “I prefer this to my 20s,” I’m always like “bitch, you lie.” I guess we have to say something positive about it though, it’s not like we can change it. As for what she says about blonde and grey hair… I thought the “hyper-blonde” euphemism was funny, and I agree, her colorist knows her sh-t. Reese has always had a great blonde. 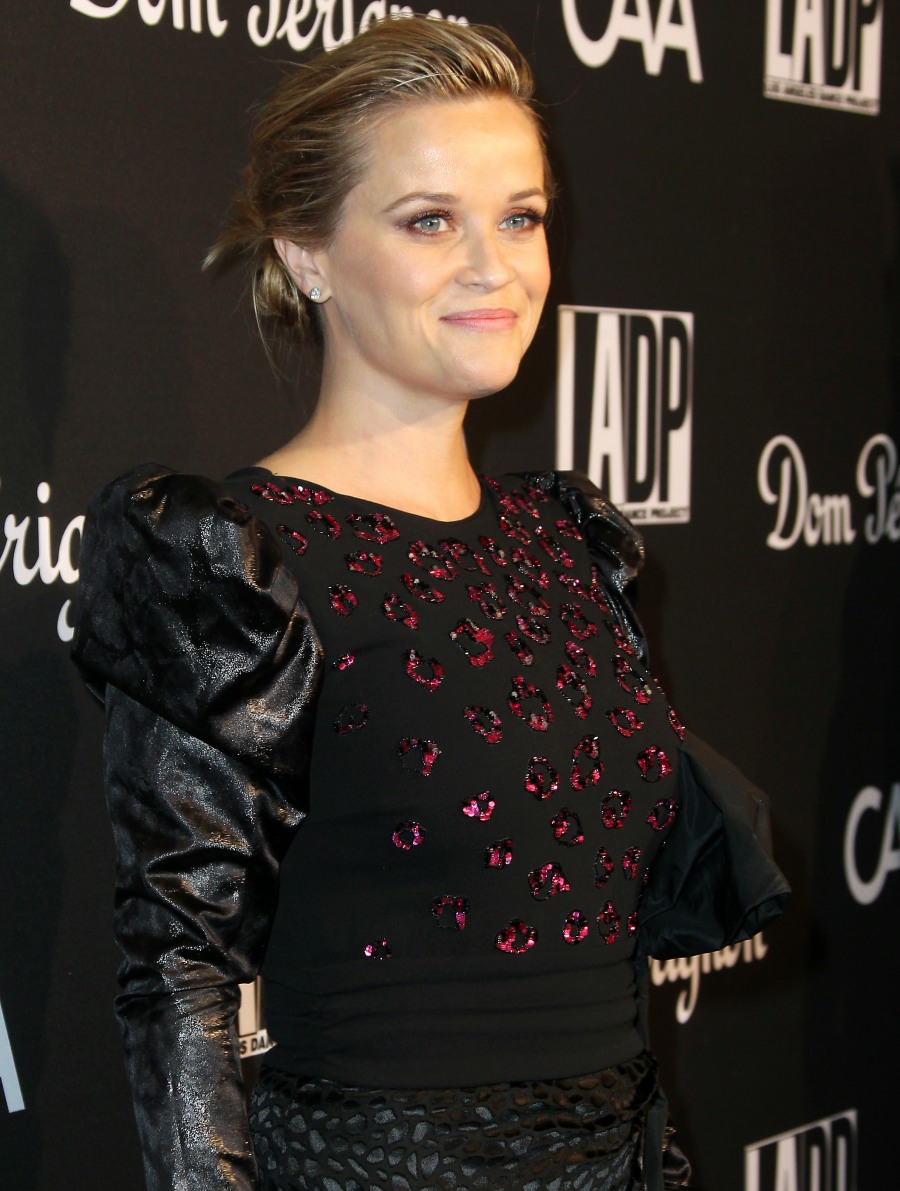 125 Responses to “Reese Witherspoon: ‘I’m from the South – I love a good ol’-fashioned drugstore strip lash’”