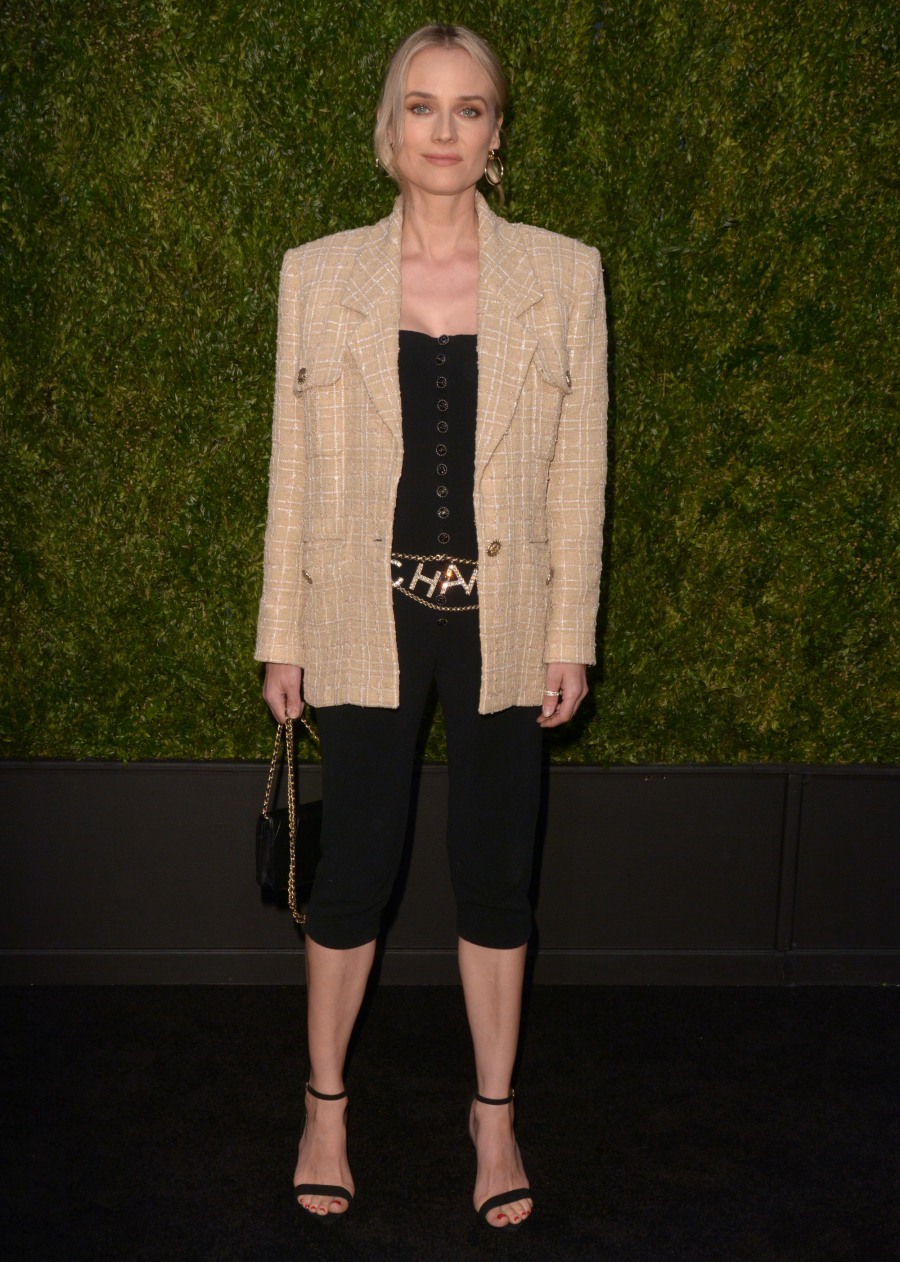 Here are some photos of Diane Kruger at last night’s Chanel Tribeca Film Festival Artists Dinner. Yes, the Tribeca Film Festival is happening right now, I just haven’t done any coverage of it, sorry. Diane was in attendance because she loves Chanel, she lives in New York and she’s currently promoting her role in JT LeRoy. She’s also in a place where she finally feels comfortable enough to chat about her baby. Last year, about six months ago, Diane and Norman Reedus welcomed a baby girl. We still don’t know the kid’s name and that’s on purpose, as Diane explained to People. Diane sounds like she’s enjoying motherhood:

The baby isn’t girlie: “She’s not really girlie, she’s kind of a dude.” Regardless, the actress said she’s saving special Chanel items for her daughter. “It’s fun to have a girl, I will say,” before adding, “I like that, too.”

What Reedus is like as second-time-around dad: She said Reedus is “very great with her. He just looks at her with unconditional love,” she shared, before joking, “I wish he would look at me like that.”

Reedus’s older son Mingus: “He’s great! You know 19 years is a big gap so he’s really like stepping up to be this protective big brother.”

She doesn’t want any more kids: “No. I’m done. Norman has a 19-year-old son so I think our family is pretty much complete.”

Why she’s not revealing the baby’s name: “Well first and above all, it’s safety. We have The Walking Dead empire which has a lot of very intense fandomship that comes with it. We had a couple [of] incidences before her arrival that were not so fun to deal with and so my main concern’s her safety. And secondly, she is an innocent, young, vulnerable baby and I think I just don’t understand why America doesn’t have better laws for children.”

Losing the pregnancy weight: “I mean it’s discipline for sure but I was a ballet dancer so all my life I’ve been sort of active. It just sort of happened by itself pretty much. I mean, I worked out.”

A few months ago, a commenter – I forget who, I’m sorry – theorized something about Diane and Norman’s relationship and I haven’t been able to get that theory out of my head. The theory was basically that Diane fell head over heels for Norman when they first met and that’s why she cheated on Joshua Jackson with Norman, and why she seemed to move so quickly with him once she and Joshua were done. But that Norman always thought that their affair was just going to be brief and simple and he wasn’t expecting all of this. I don’t know – it’s hard to understand their whole relationship deal from the outside. I feel like this joke might have been a bit too honest though: “He just looks at her with unconditional love. I wish he would look at me like that.” Also: do six-month old babies have dude-like personalities? Perhaps. 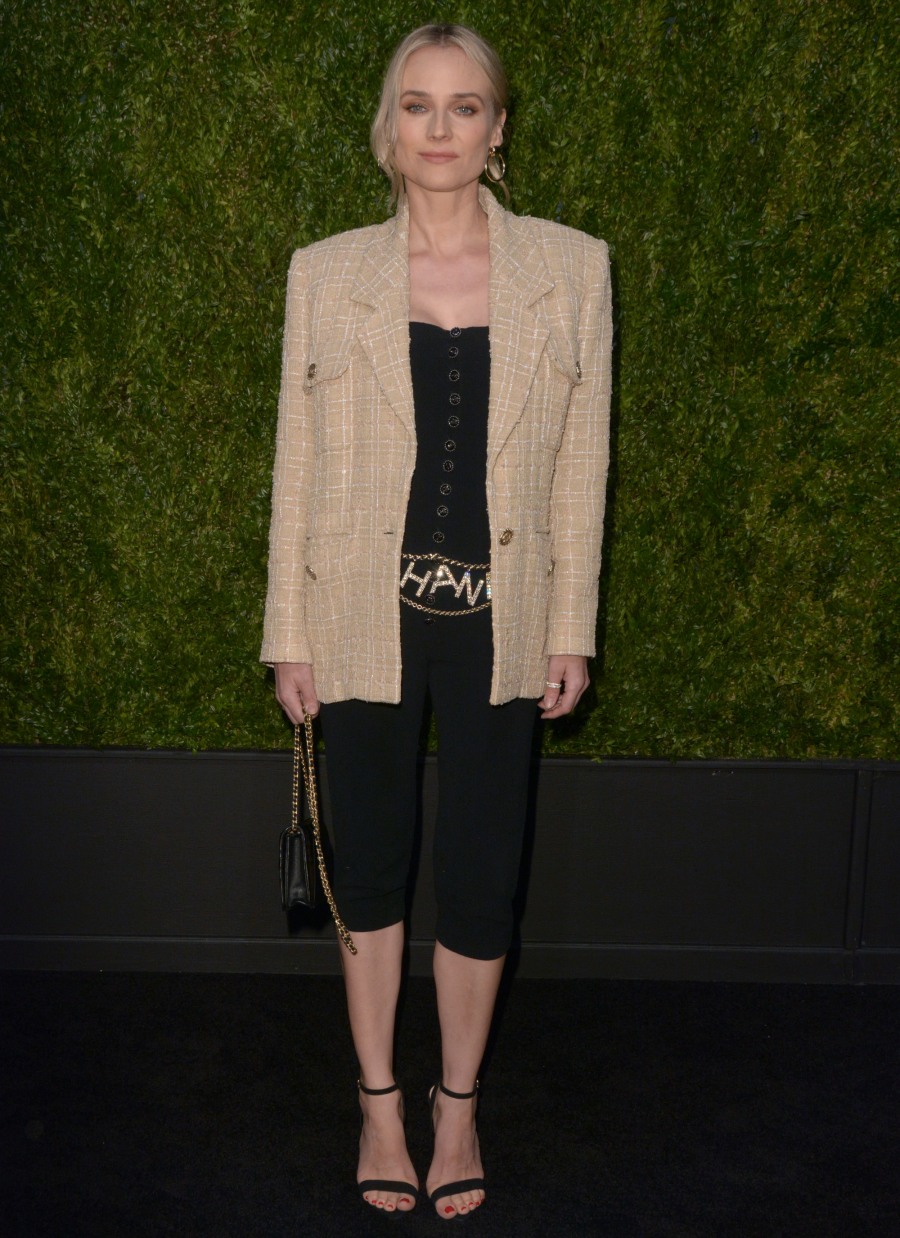 30 Responses to “Diane Kruger doesn’t want another baby: ‘I’m done… our family is pretty much complete’”