Nathalie Emmanuel talks about Missandei: ‘She believes in her queen’ 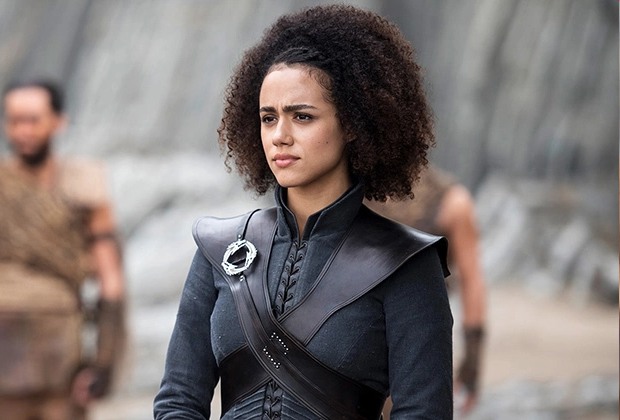 Nathalie Emmanuel played Missandei for five seasons. She was added to the cast in Season 3, when Daenerys bought her and the Unsullied Army, all of whom were slaves. Dany freed the Unsullied and she freed Missandei immediately, and Missandei became one of Dany’s most trusted advisors and friends. Missandei is being called “the most unproblematic sis” of GoT and it’s true – Missandei was just a good person, she was loyal to her Queen, she brought out the sweet, girlish side of Dany, and Missandei fell in love with a eunuch warrior named Grey Worm and their dream was “going to the beach together” when all this sh-t was over. She was also the only black woman on the show. And the Mountain beheaded her, on Cersei’s order, in front of Dany and Grey Worm. Cersei wants Dany emotional and coming in hot. I get that. But it was hard to watch Missandei used as plot device to make Dany go even more “mad.” And Missandei’s tragic last word – “Dracarys” – sounded strangled and weak. No dragon would save her. Instead, it was a cry for Grey Worm and Dany to avenge her, to burn them all, if you will.

Nathalie spoke to Entertainment Weekly about the death of Missandei and how she felt about all of it. This interview took place before she even shot it!

Jacob Anderson (Grey Worm) on Missandei’s death: “I found it heartbreaking for a number of reasons. There’s like a cruel inevitability in this show where anybody who finds that happiness is going to have to watch that taken away from them. So I thought either Grey Worm or Missandei, that one would be taken from another. I honestly thought Grey Worm was gone in that episode. And I even had that thought: ‘Take me!’ She’s come through so much s—t that she’s had to deal with her life. As soon as it looks like they’re about to enjoy it, it all gets snatched away. So I didn’t expect it and I had to lay down the script for a bit.”

Nathalie’s reaction to the script: “That I can’t believe I’m reading the last ever GoT scripts. I was on a flight coming back from New York as I opened it and I was about halfway through it and this is like the last first episode I’m going to read that that was pretty emotional, really. A lot of people ask when you read scripts do you read forward to see if you survive or not, and I didn’t. I just wanted the story to wash over me.

Whether Missandei had any doubts about Dany: “It’s hard to know from my character’s point of view because she does see many of those questionable moments. She would have heard about certain things going on. I do think Missandei is so loyal to Dany because she liberated her and gave her the respect she deserves. They have a really strong friendship. Missandei would probably have justified some of Dany’s actions.

What she thinks of Missandei’s death scene: “I thought it was a fantastic scene. I’ve said in so many interviews that I don’t mind if I die I’m just happy to be here and be a part of the show. But I just wanted it to be really cool and a moment that people remember and I feel like they really give me that moment and I’m excited to shoot it. It’s going to be really emotional and she’s so brave in it and shows her strength and fearlessness even though she doesn’t wield a sword. She believes in her queen and believes in her cause. I’m so happy that she has that kind of exit. It’s emotional. She said she was willing to lay down her life but we hoped she wouldn’t have to. You can watch the end of a show and think the character is living on to do whatever. But there’s a real sadness to the fact that the character won’t. It seems likely to push Daenerys to a scary level.

Whether she blames Grey Worm: “She doesn’t blame Grey Worm. He was trying to keep her safe.

What she wishes she could have done as Missandei: “I would have loved to see Missandei fighting. I think that’s just me projecting onto her that I want to see her being a badass with a sword or bow and arrow. I feel like a bow and arrow would be her thing as it’s super specific and requires a lot of skill. I guess I was relieved to not be doing 11 weeks of night shoots but there’s a part of me that’s a little sad Missandei didn’t throw down in the battle.

Her favorite scenes: “I do think my last scene will be a real moment. It’s probably my favorite scene that I’ve read. My favorite scene I’ve ever done — there’s so many — was when Grey Worm comes to her after he saw her bathing and they have this exchange and it’s emotional and amazing. It’s always really cool when you’re challenged as an actress to play those subtle things … If she lived, I think they would have gone back to her home. They would have lived happily ever after.”

The scenes between Missandei and Grey Worm were always amazing – the two actors have such chemistry, and there was always so much tenderness between them. It was beautiful that within this dragon, fire and power-mad story, there was such a kind, easy, sweet romance. All she wanted to do was go to the beach!! And Dany loved Missandei too, and now Dany is going to try to burn it all down. Dracarys motherf–kers. 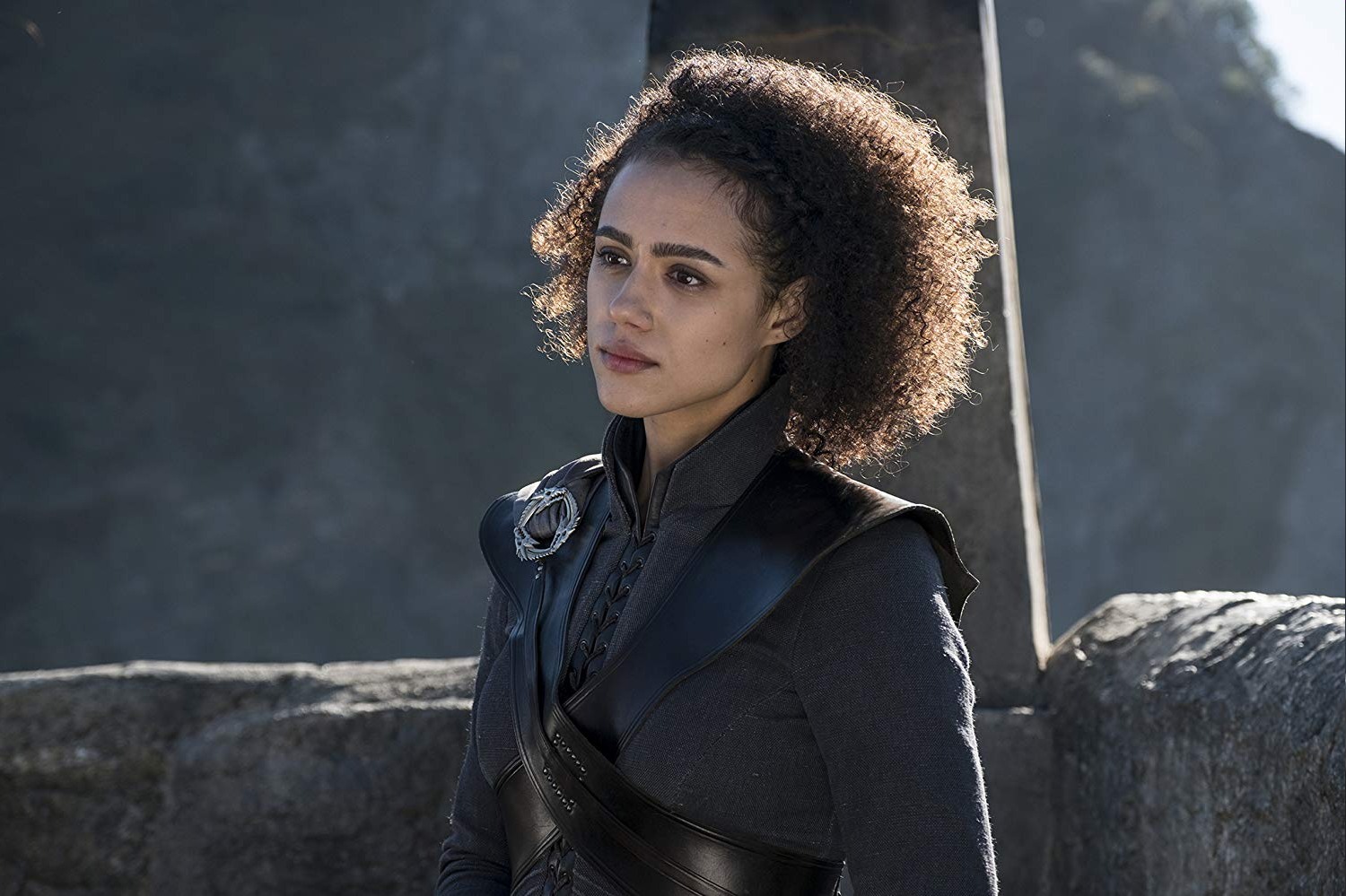 21 Responses to “Nathalie Emmanuel talks about Missandei: ‘She believes in her queen’”