Billy Porter arrived at the Met Gala in a open chariot carried by Broadway actors: amazing? 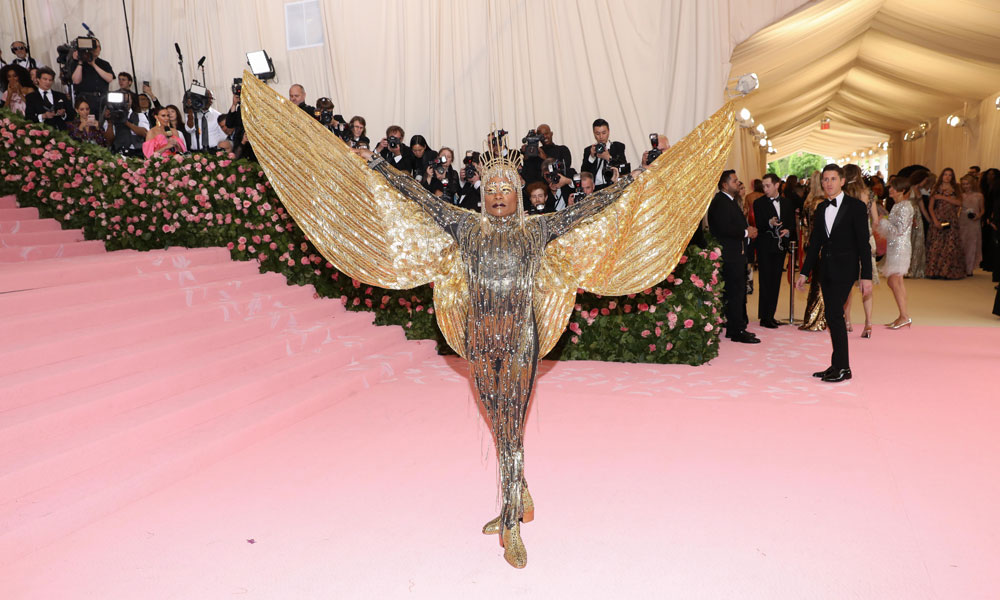 Last night’s Met Gala was amazing, fun and so over the top. The theme, Camp: Notes on Fashion (based on a Susan Sontag essay) was one of the best we’ve seen in years, likely because it can be interpreted so many different ways. Billy Porter, apart from maybe Lady Gaga, had the best entrance. Do you remember when he wore a velvet Christian Siriano tuxedo gown to the Oscars? He rolled up to the Met Gala on an open chariot carried by shirtless Broadway actors and was dressed like a glittering silver and gold Egyptian bird, complete with gilded wings that opened! His breathtaking ensemble is by The Blondes. He had on a crown, jeweled makeup and awesome Zanotti cowboys boots. His was one of my favorite looks last night, but there were so many and it was so much fun. 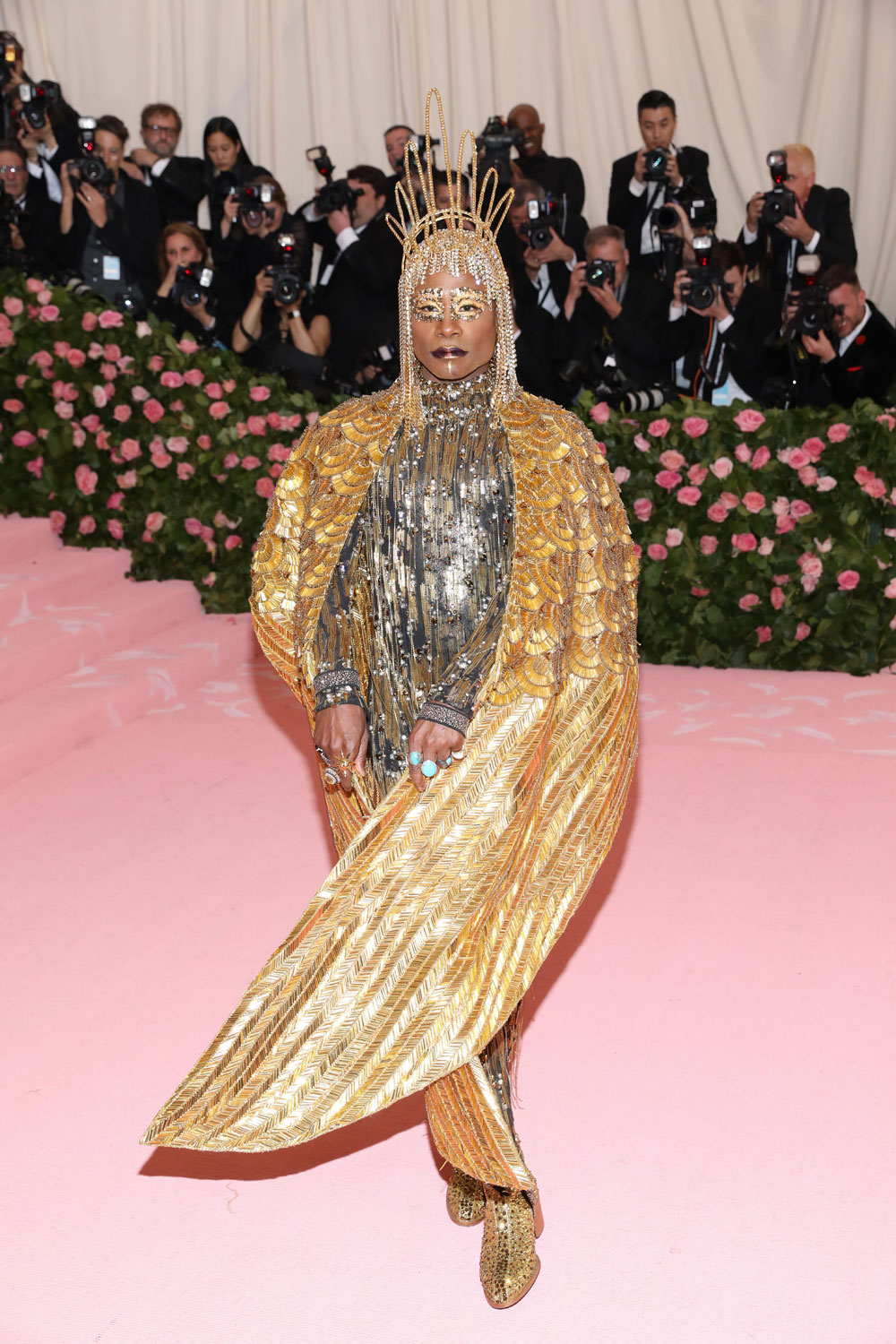 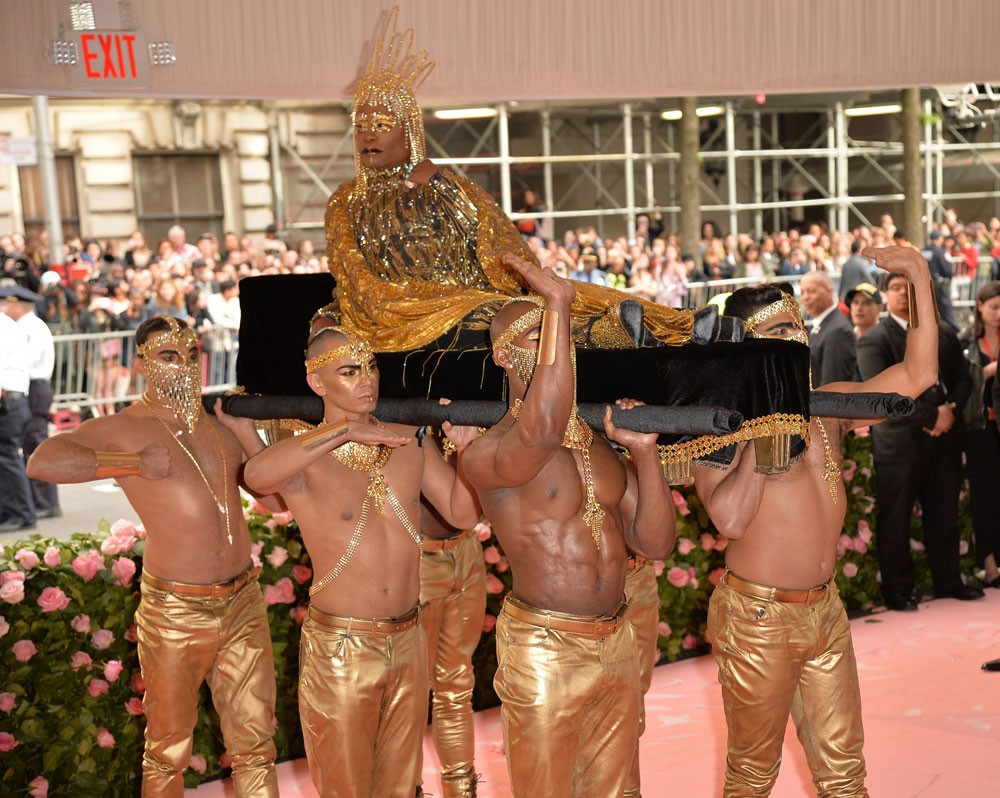 The creator of Pose, Ryan Murphy, was in Christian Siriano inspired by a Liberace costume. This is definitely camp and I love it down to the little bowtie. 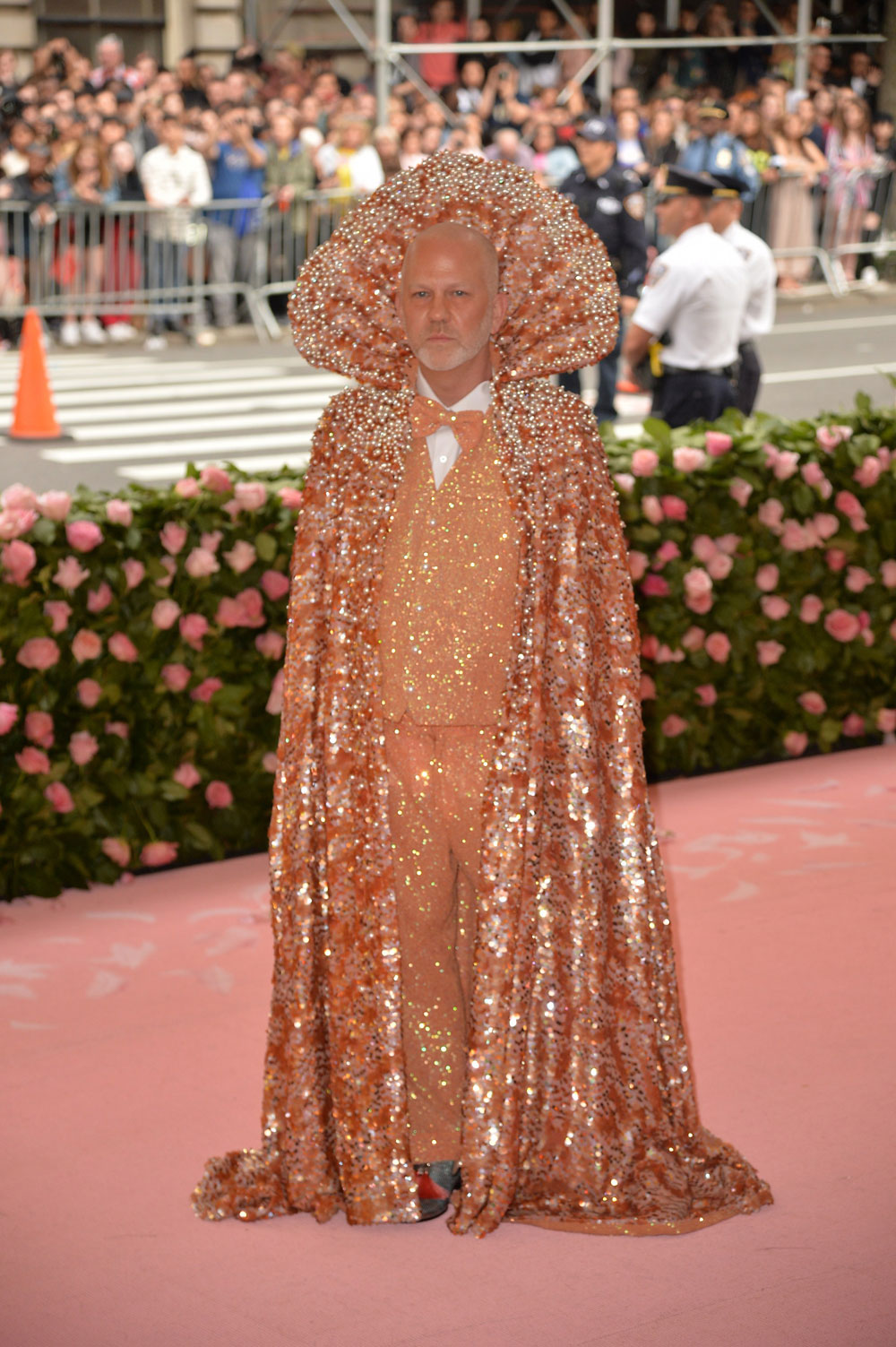 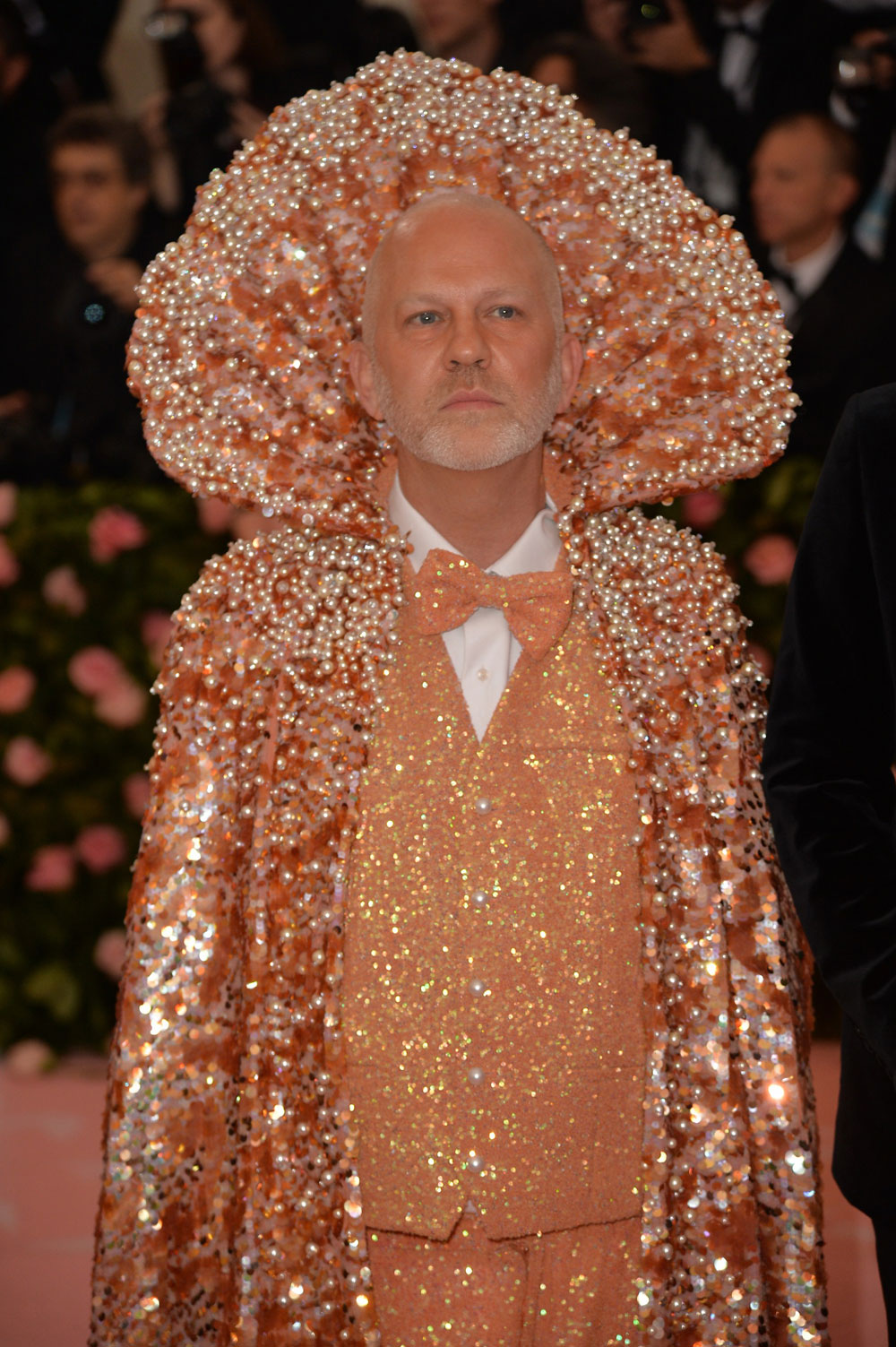 Look at Indya Moore working this little Louis Vuitton gold number and carrying her hair like an accessory. Tessa Thompson did that too, only her pony was wrapped in latex.
Embed from Getty Images

23 Responses to “Billy Porter arrived at the Met Gala in a open chariot carried by Broadway actors: amazing?”