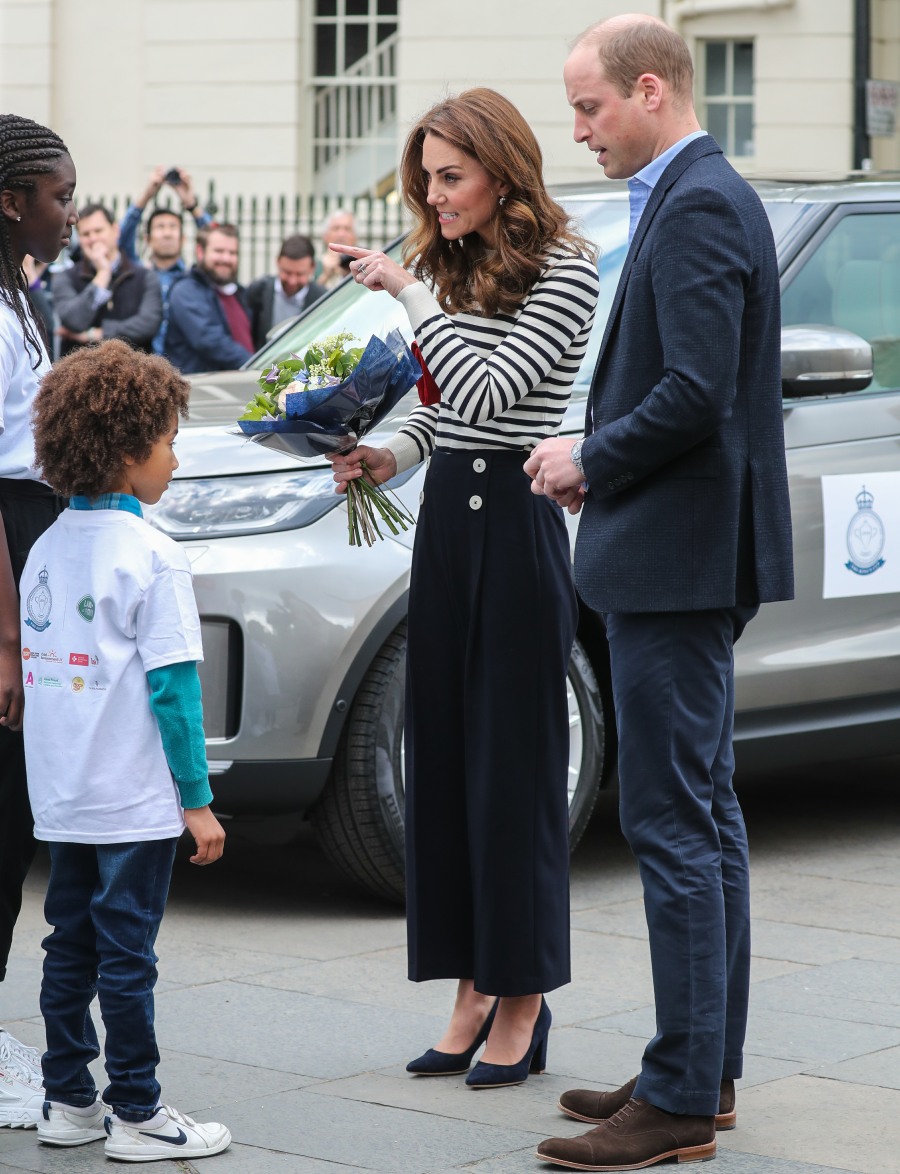 I’m a bit punch-drunk from all of the Met Gala campiness, so I’m trying to convince myself to NOT say something about how the Duke and Duchess of Cambridge are so keen to be seen this week. I won’t say it. I’m sure it’s just an innocent quirk of scheduling that Kate basically took a month off and is now scheduling a slew of appearances. William and Kate stepped out in Greenwich today to launch the King’s Cup Regatta. Kate’s trousers are LK Bennett and I love that she’s experimenting with a different silhouette and she’s wearing more trousers lately. Note the buttons and the fact that she’s theme-dressing – the duchess loves some nautical cosplay.

As for the King’s Cup… I honestly didn’t understand what this event was really about, and I tried to follow this Reuters piece and I still don’t entirely get it?

Kate is an experienced sailor who beat her husband, who is second in line to the throne, last time they went head-to-head on America’s Cup yachts in Auckland, New Zealand in 2014. Now the royal couple will each skipper one of eight yachts competing for The King’s Cup, a trophy first presented by William’s great, great grandfather King George V in 1920. Each boat will represent one of eight charities backed by the British royals in the Land Rover sponsored regatta on August 9 in Cowes on the Isle of Wight off the south coast of England.

William and Kate, who have both championed the physical and mental benefits of sport and outdoors activities, will launch The King’s Cup at the historic Cutty Sark tea clipper at London’s Greenwich, Kensington Palace said. Child Bereavement UK, Centerpoint, the London Air Ambulance Charity 30th Anniversary Campaign, Tusk, Action on Addiction, Place2Be, the Anna Freud National Center for Children and Families, and The Royal Foundation will all be represented.

“Their Royal Highnesses hope that The King’s Cup will become an annual event, bringing greater awareness to the wider benefits of sport, whist also raising support and funds for the causes that The Duke and Duchess support,” it added.

So… today’s event was just the announcement event, the hype event if you will. They’ll actually race each other in August, each one skippering a yacht, and somehow the event will raise money for charity? Um…okay. But “yacht racing” is definitely not on-brand for their Normal Middle Class Bill and Cathy image, right?

Also: William and Kate did speak to reporters at the event and they said nice things about Baby Boy Sussex: 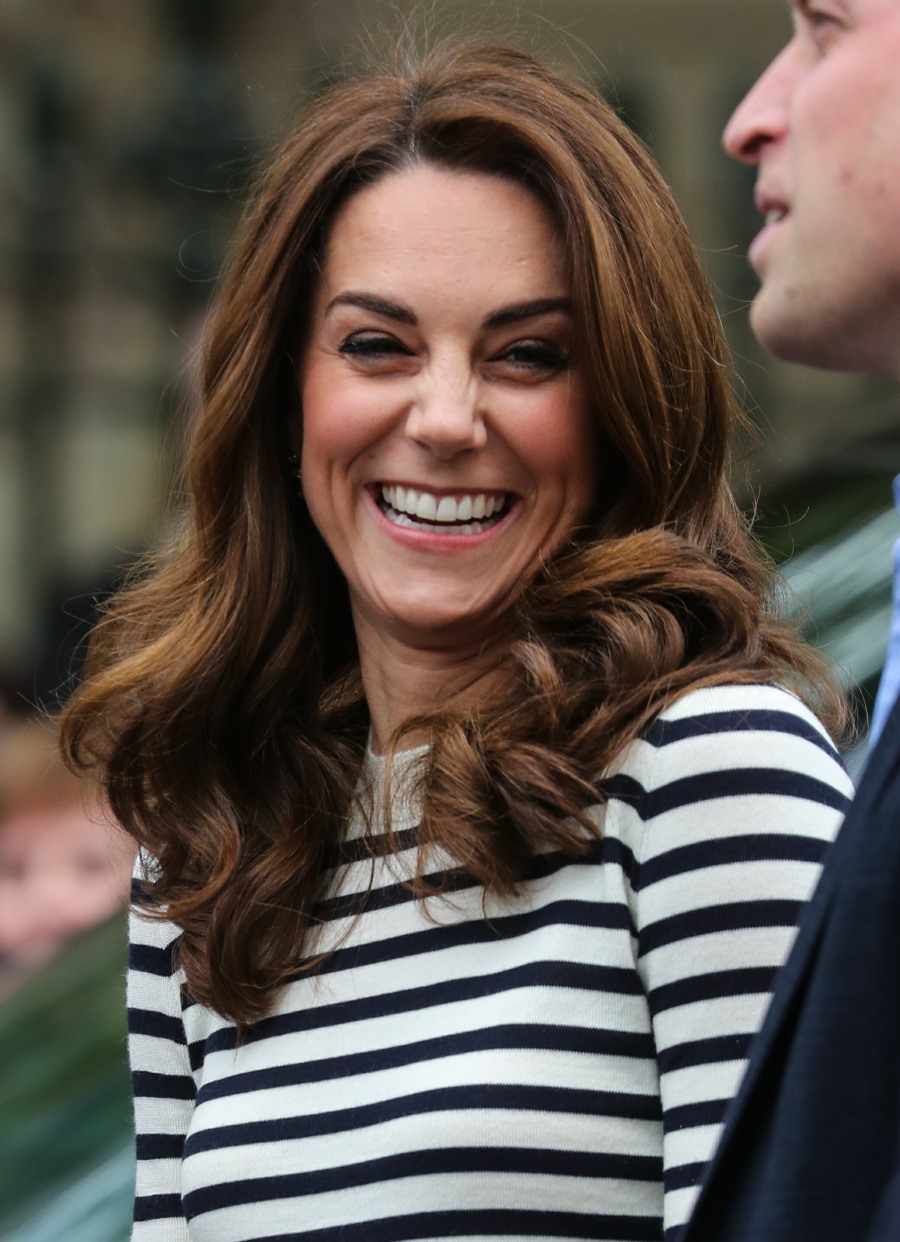 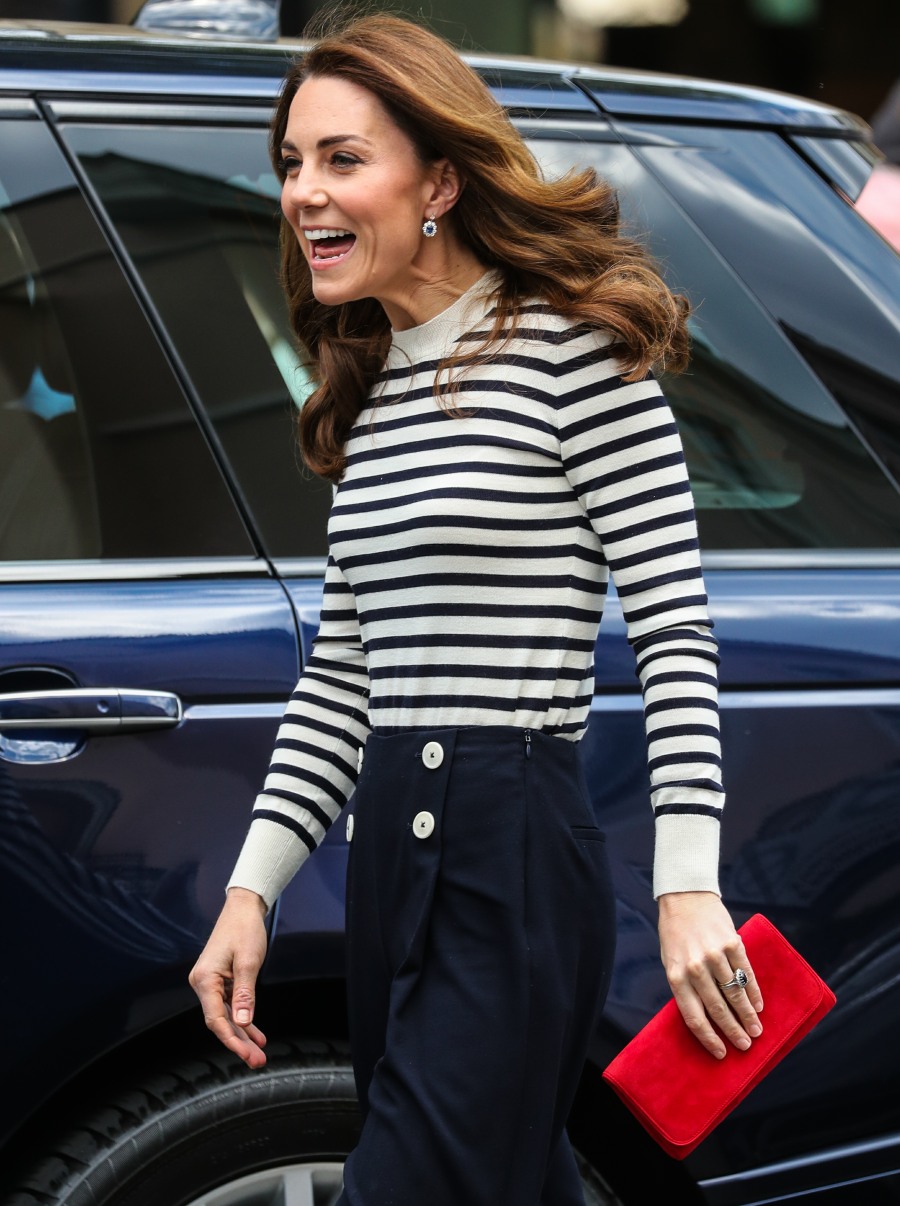 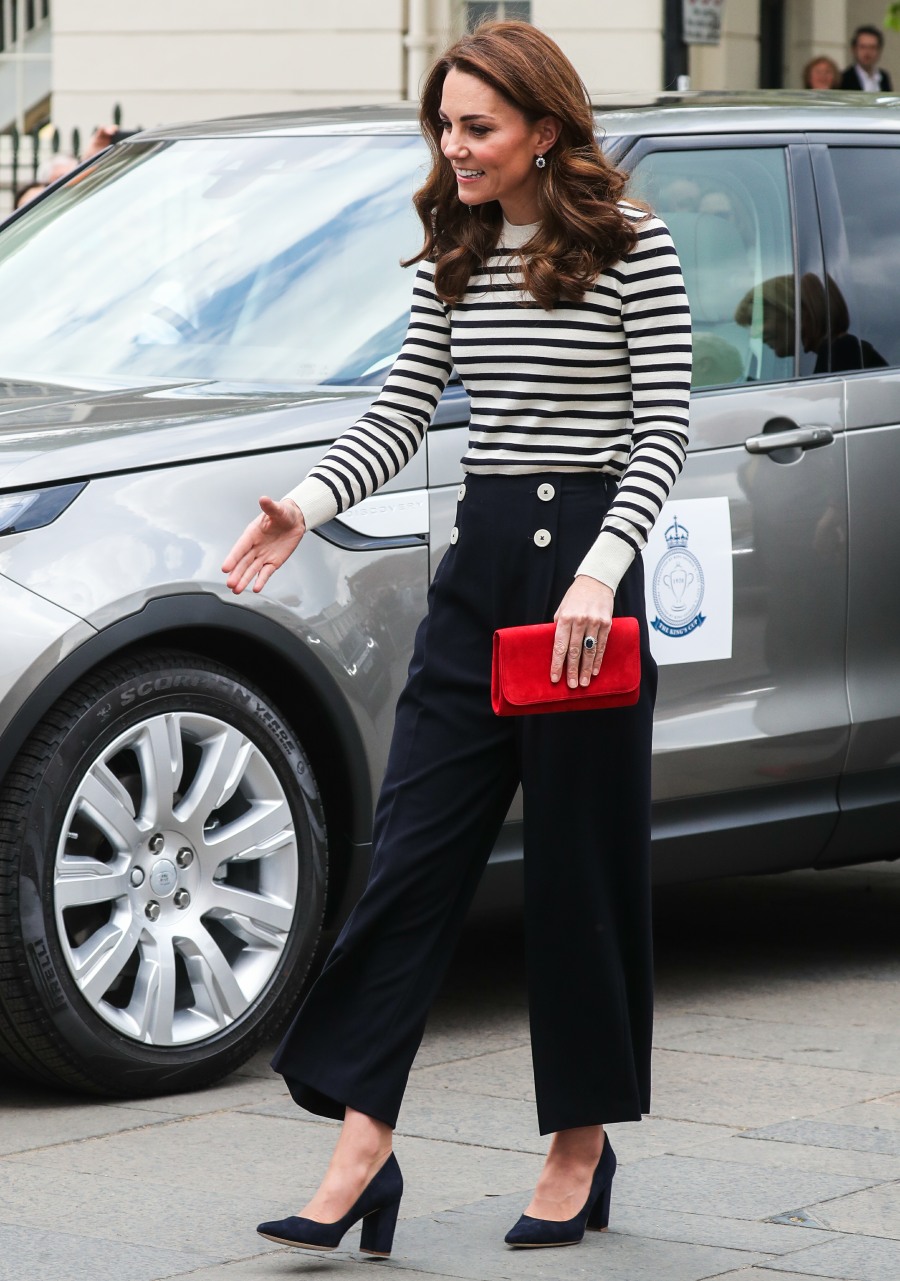