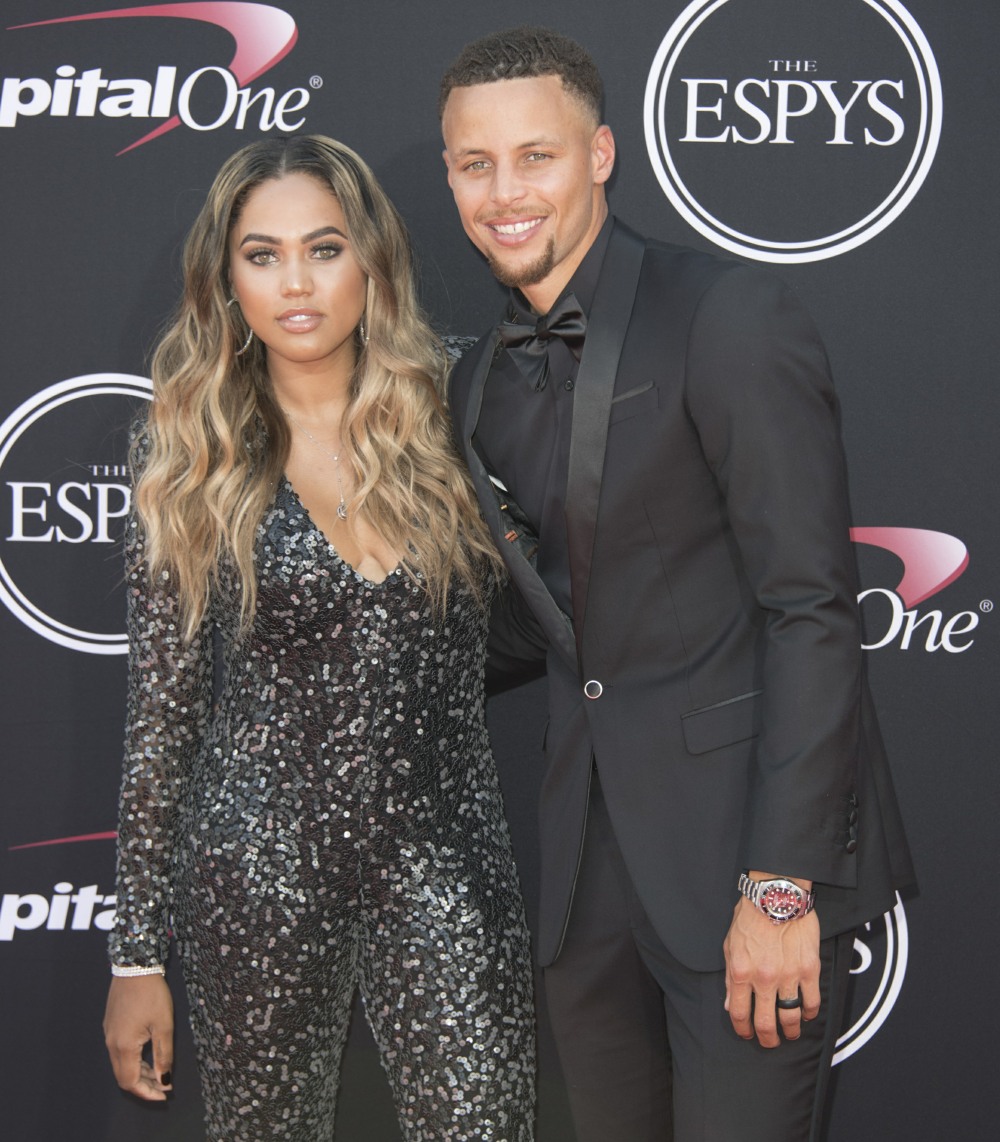 This is Ayesha Curry, Steph Curry’s wife. Steph Curry is a Golden State Warrior, a multiple MVP and one of the biggest reasons why the Warriors won the NBA Finals in 2015, 2017 and 2018. Ayesha was a small-part actress before she married Steph, and now she does what so many “wives of” do – she raises their three kids and blogs and writes about food and cooking. The Food Network gave her a show too (I don’t think it’s still in production). She’s also a Cover Girl model, and she’s basically super-famous now. Not as famous as her husband, but Ayesha gets a lot of attention whenever she speaks. So I’m not sure it was the best idea for her to go on Jada Pinkett Smith’s Red Table Talk, but she did. And Ayesha confessed some perfectly normal insecurities. And for that, Twitter ragged on this woman for HOURS yesterday. Here’s some of the stuff Ayesha said:

Women throw themselves at Steph, but men don’t throw themselves at her: “Something that really bothers me, and honestly has given me a sense of a little bit of an insecurity, is the fact that yeah there are all these women, like, throwing themselves (at him), but me, like the past 10 years, I don’t have any of that. I have zero – this sounds weird – but, like, male attention, and so then I begin to internalize it, and I’m like, ‘Is something wrong with me?’ …I don’t want it but it’d be nice to know that, like, someone’s lookin’.”

One of Steph’s fans demanded to see their daughter Riley: “This group of people come over and they’re trying to ask Stephen for pictures and autographs. The woman opens the car door, sticks her body in the car and is like, ‘Oh, let me see…the baby.’ ” When Curry refused, the defiant woman replied, “‘Oh, honey, you know what you signed up for.’”

Steph is friendly to people but Ayesha sees the thots: “Everything’s always very friendly and sometimes to the point where it’s like, ok, I’m a grown woman, so I’ll just insert myself and be like, ‘Hello, how are you doing?’ I’m ok with it now…Obviously, you know the devil is a liar and the ladies will always be lurking, hoping for their moment and waiting. You need to be aware of that. But for me, I honestly hate it. I don’t like when I feel leveled off with someone. It just irks my nerves. And so we had the conversation about it, and he tries really really hard to make sure that if we’re going somewhere, I’m being introduced. I don’t like to have to introduce myself. It irks my nerves. So I try and make that known… [there] have been a couple of times where I’ve wanted to punch somebody in the face for sure.”

If I hadn’t seen the tweets, I wouldn’t have seen anything wrong with what she said? She’s admitting that it bugs her to see the women throwing themselves at Steph. It bugs her that they even approach him and that he’s so clueless and “friendly.” As for what she says about not having male attention in ten years of marriage, clearly she doesn’t mean “why aren’t guys harassing me!?!” which is how some people interpreted it. It’s like people don’t understand the difference between “harassment” and “flirtation” or just merely attention, a smile, a stranger holding the door for you, someone other than your husband telling you that you’re beautiful. It’s especially glaring for Ayesha because I would imagine that Steph gets SO many women trying to hit on him, even though they know he’s married with three young children. 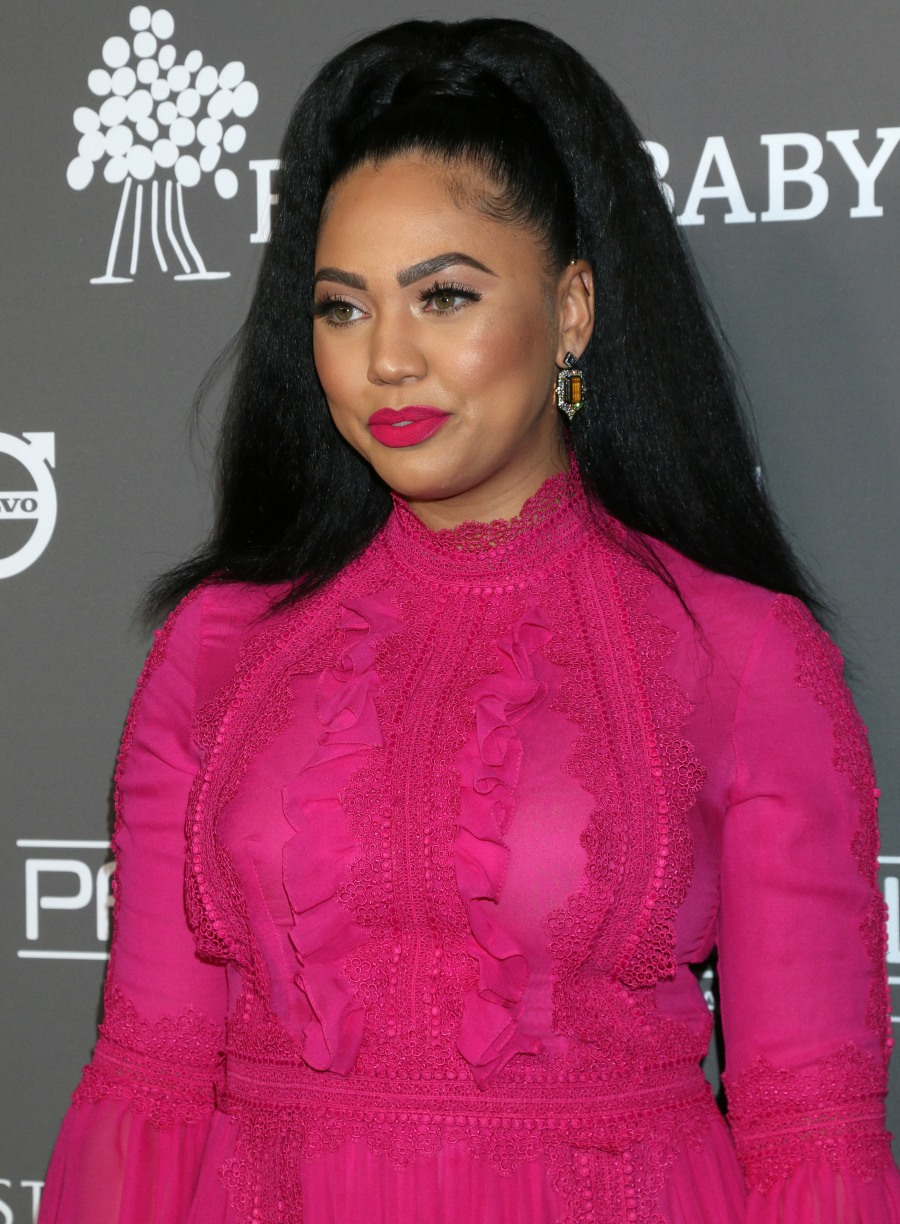