Amy Poehler’s son tried to explain Led Zeppelin to her

OMGsh – Amy Poehler is one of us! CB, Kaiser and I are all kids of public school teachers and so is Amy. We should start a club. Amy stopped by her buddy, Jimmy Fallon’s, show to talk about Wine Country, which comes out tomorrow, I can’t wait. The audience was filled with teachers, so Amy felt right at home. Since Amy comes from good teacher stock, she is trying to be one for her two sons, Abel, eight, and Archie (not the new royal one), 10. She talked about trying to act surprised when her sons come home from school to tell her about what they learned, no matter how well Amy knows the subject.

How are your kids? Are they good students?

They’re so great. They’re in that great time when they’re learning stuff and they’re coming home and telling me about it. And I have to pretend like I don’t know, you know, just to get them talking. So, my son was like, “Mom, there’s this thing called The Great Depression?” I was like, “Woah. That sounds intense.” He was like, “Yeah, they cut open the cows and there was sand inside, they were so hungry. Sand inside the cows? And then he was also like, “Led Zeppelin, have you heard of Led Zeppelin?” I’m like, “I kind of…” like I want so badly to say, “I made out to Led Zeppelin my whole life, dude!” But instead I have to be like, “woah, they sound cool.” And he’s like, “There’s a song – it’s pretty long. It’s called Stairway to Heaven. It’s like eight minutes.” And I have to go, “ooh, let’s check it out.” And I have to pretend to listen to Stairway to Heaven for the first time.

So this is probably not going to surprise any of you, but I guess I didn’t get the “act like you don’t know” memo. I always asked my kids to “tell me about that” when they brought something up, but I would usually get so excited with the topic, I’d end up burying them in information. Don’t worry, karma’s at play. My kids are much better students than I was so now there is no pretending about anything, I genuinely do not know what they bring up. I love that Amy is out there listening to Stairway to Heaven for the first time again. Kids will definitely get you to see or hear things in a new way so feigning ignorance is only a small fib. For instance, I didn’t know about the Sand Cows and I wrote a paper on The Great Depression. (Okay, Sand Cows are a Kid Fact and were/are not real. But Kid Facts make for more interesting history.)

Jimmy played a clip of Wine Country. As we know, Amy made this movie with all her friends and I cannot wait to see that chemistry on screen. The clip that played is with Amy and Rachel Dratch and a snooty wine tender who keeps telling Rachel’s character she’s wrong. Anyone who has been to the wine country in Northern California has lived that scene, btw. The movie looks really fun and Amy sounds like she had a great time directing it. It’s poignant that her directing job was with friends. Amy said the cast laughed so much, her main job was to be the wet blanket. Since her ‘advice’ to the teachers in the beginning of the segment was, “one of the things you should remember is you can always pinch a child you don’t like,”* I’d like to see how she got her cast in line.

*She was joking, it was a riot. Watch the clip if you need a good giggle 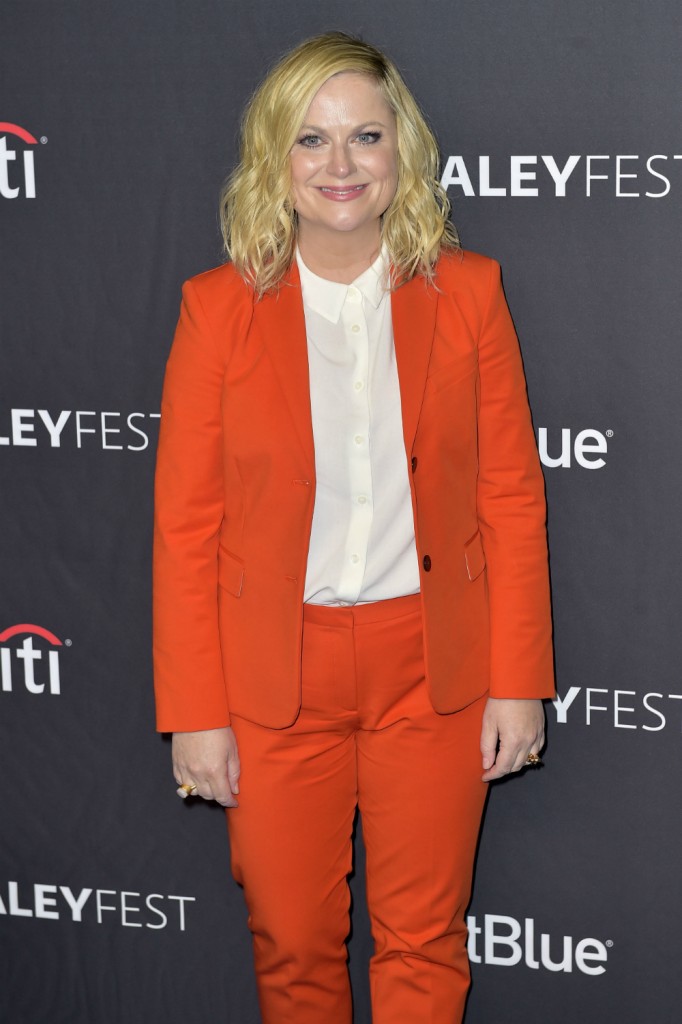