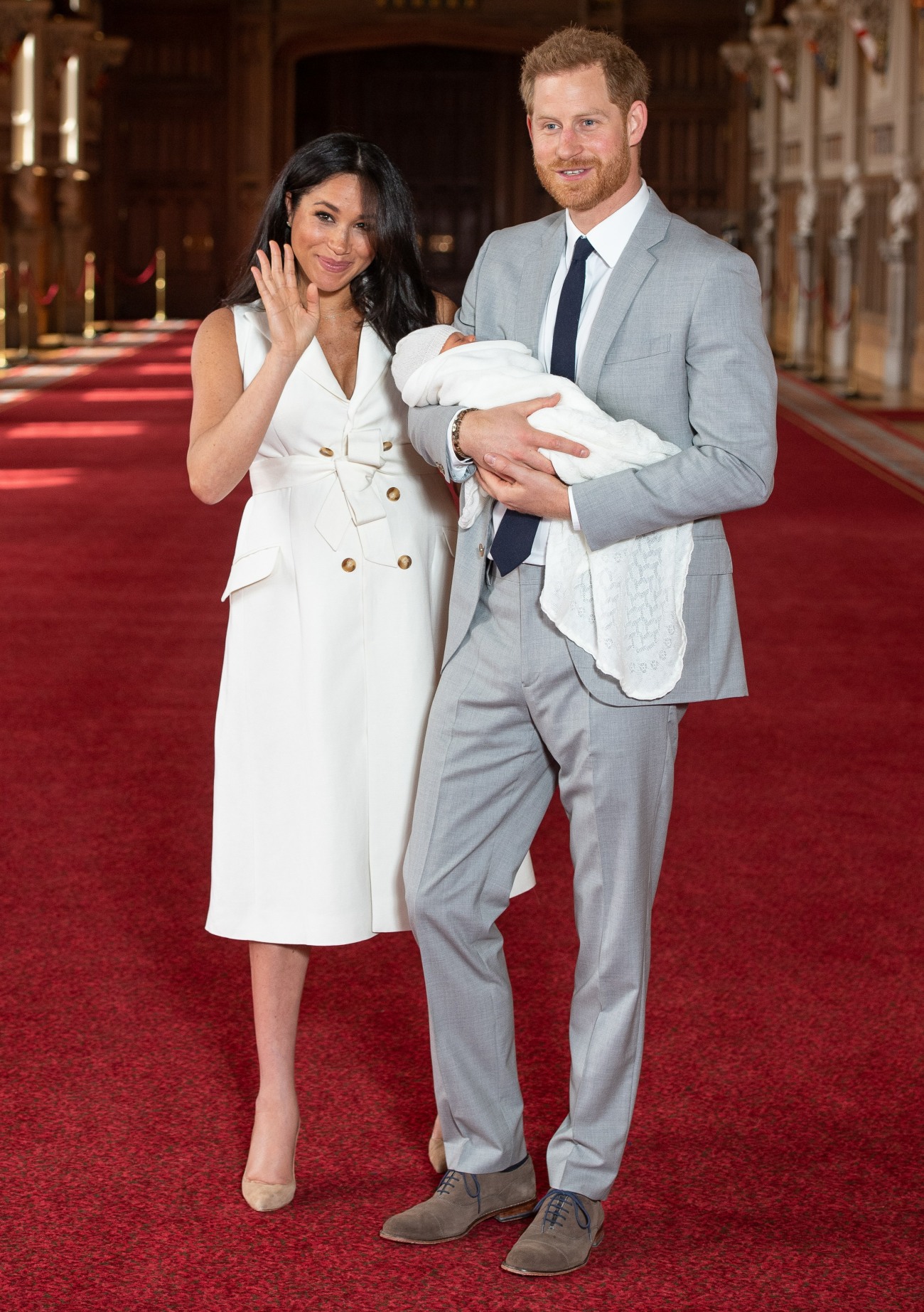 I’m not going to devote an entire post to Danny Baker, the BBC radio host. He tweeted out a racist photo yesterday directed at the Duke and Duchess of Sussex and baby Archie Harrison. I will not post the photo because… obvious racism is obvious. We don’t have to f–king debate it. We’re not playing point-counterpoint. The BBC fired Baker and he’s tried to make a few stupid apologies, but whatever, I don’t give a sh-t. He deserved to be fired.

As I said, obvious racism is obvious. But what happens when the racism is all dog-whistles and stuffy British a–holes being stuffy? For yesterday’s “photocall” with Archie Harrison, Harry and Meghan limited the immediate access of the press pool for live images and video. As in, they didn’t want phalanx of photographers and news anchors shouting at them and taking photos. They weren’t trying to limit coverage – they gave away the photos to photos agencies and the videos were everywhere. Plus, they also “gave away” photo exclusives on Instagram.

There would have always been some angst about which media outlets got chosen to be part of the limited press scrum, but that angst was taken next-level when Meghan and Harry included Gayle King and CBS. Dickie Arbiter (that old bitch) complained on Twitter: “Choosing a U.S. Network, fiend (sic) or not, is treading on dodgy ground.” The Express and other British outlets noted that “The British press are reportedly furious while the royal household view the decision as ‘slap in the face’ to Commonwealth broadcasters such as, Canada, New Zealand, and Australia.” Is it because Gayle King is American? Or were they made that a black, American duchess has a powerful American media friend… who also happens to be a black woman? Katie Nicholl has more info on how CBS/Gayle King got one of the exclusive spots:

The Duke and Duchess of Sussex have invited an American broadcaster to be at today’s photo call in Windsor that will introduce Baby Sussex to the world, marking another new way of doing things for the royal couple. CBS, whose This Morning host, Gayle King, is a close friend of the couple, will join a small team of British press to capture the moment when Prince Harry and Meghan Markle present their newborn son to the world.

A palace spokesman said the decision “reflects the international interest in the story.” Tuesday’s photo call was timed to coincide with the live broadcast of the US’s morning shows. Vanity Fair has been told other U.S. broadcasters as well as broadcasters from Canada and Australia in the Commonwealth, applied for a position at the photo call but lost out to CBS. King is making a documentary about the royal baby and has had unrivaled access to the couple. In a week that has seen major shake-ups among the staff at CBS News, King’s access to the couple will be a significant boost to the This Morning brand.

A guest at the couple’s wedding and at Meghan’s baby shower, King was with the Sussexes at their Windsor home last weekend, according to one source. “She was a guest at Frogmore over the weekend before the baby arrived. I don’t believe she had cameras with her, this was a personal visit,” said the source.

I mean, do I think Gayle King has been given more access (in general) than other journalists? Of course. Is that “fair”? Probably not. Do I think that Harry and Meghan should have made an effort to include some Commonwealth broadcasters? Sure. But at the end of the day, I think they did what was comfortable for them just two days after becoming parents, and I also think that these media people would have bitched and moaned about literally ANYTHING. If Meghan hadn’t included any American outlets in the scrum, they would have claimed that there was no American interest in her or Archie. If the Sussexes had included a big group of Commonwealth outlets, the British press would have complained about the lack of British access too. And as I said, it wasn’t really about access – the deal the Sussexes made with the limited media scrum is that all of it was given away and there wasn’t just one outlet with an exclusive on photos or video.

I still say that those stuffy old British media figures are just SO SALTY that a black American duchess has black American friends in high places. They want to be able to bully Meghan and nitpick her to pieces without realizing that their headlines and racism are being seen globally now. 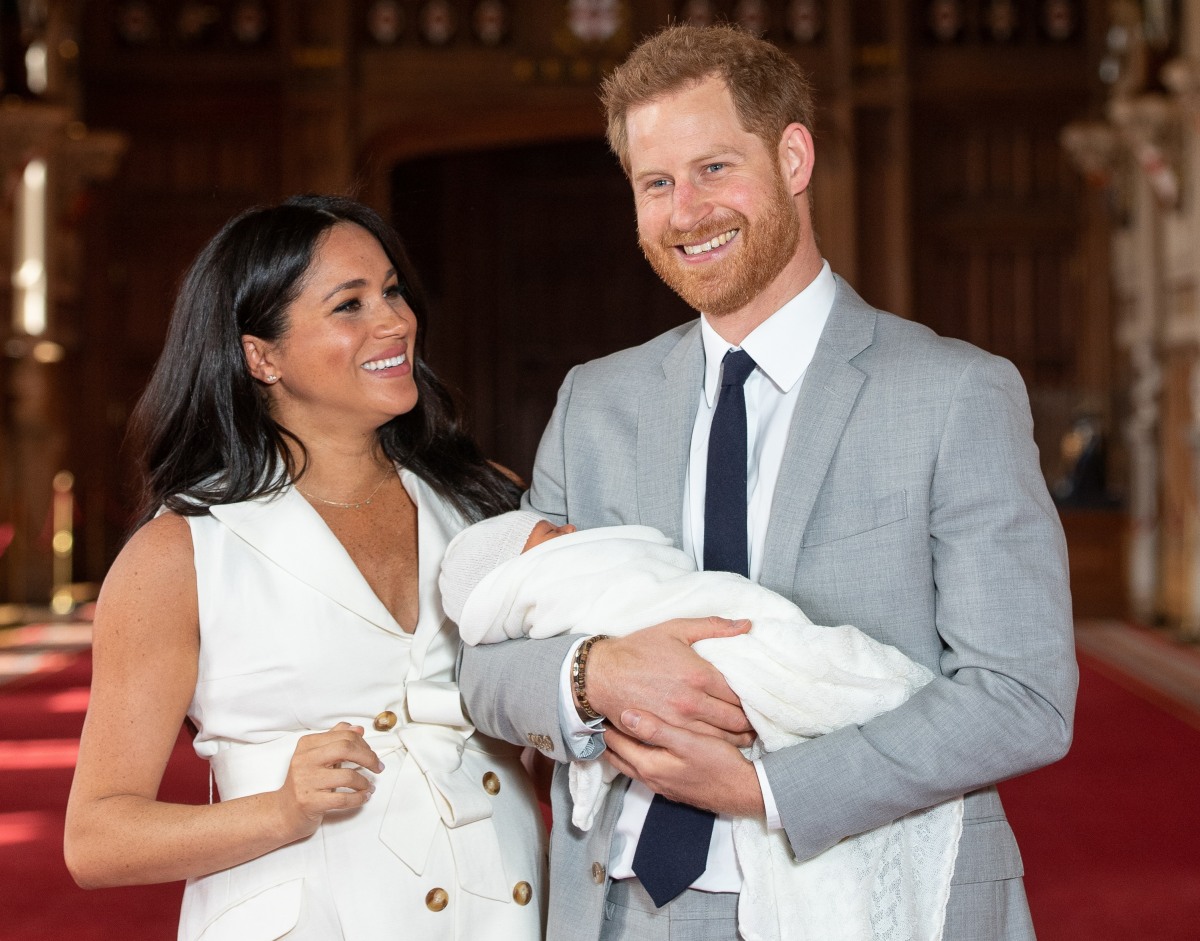