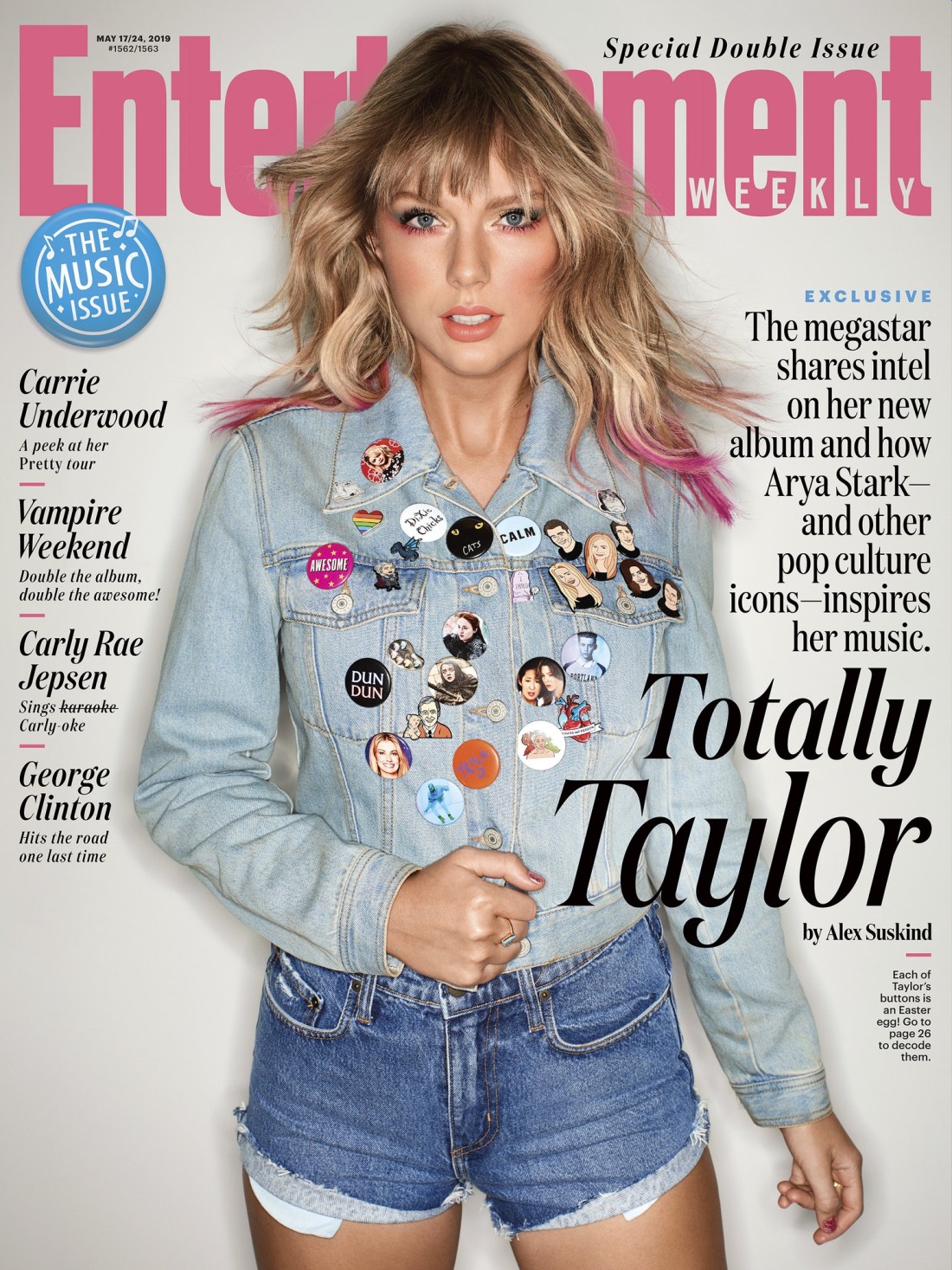 Taylor Swift covers the new issue of Entertainment Weekly, all to promote her new album, which we still don’t know the name of (I think it’s for-sure Kaleidoscope, for what it’s worth). I have to say something nice about Taylor before I really get into this: I’m soooo glad she’s back to speaking on her own behalf. The Beyonce-like cone of silence/no-interview thing was incredibly annoying. It’s so much easier on her AND me that she’s just giving interviews again. And how! This EW cover story is so epic, I’m actually splitting it up into multiple posts, so please don’t come into the comments with “she also said this and this!” I know she did. We’ll discuss it separately. Right now I want to talk about how Tay is obsessed with Game of Thrones and how she claims the darkness of GoT influenced her “dark album,” Reputation. Some highlights:

When she started watching GoT: Taylor Swift began binge-watching Game of Thrones in 2016. Though she’d heard rumblings about a Red Wedding, the pop star managed to stay away from most major spoilers. “I can avoid pretty much any information,” she tells EW. “For a couple years, every time I’d see my name in print, I’d throw the phone. If you can avoid your own presence, spoilers [are] easy.”

GoT as a musical influence: “So much of my imagination was spent on Game of Thrones. At the time, I was making reputation and I didn’t talk about it in interviews, so I didn’t reveal that a lot of the songs were influenced by the show.” Swift adds that reputation ended up turning into a split album, with one side featuring weaponized songs about vengeance, and the other exploring love and looking to find “something sacred throughout all the battle cries.”

The Kill List song?? “These songs were half based on what I was going through, but seeing them through a Game of Thrones filter. ‘Look What You Made Me Do’ is literally Arya Stark’s kill list. ‘King of My Heart’ was influenced by Khal Drogo and Daenerys. It’s even got this post-hook of drums — I wanted them to sound like Dothraki drums.”

The timing though: She also wrote lines based on plots from season 7 right before the record dropped. “‘I Did Something Bad’ I wrote after Arya and Sansa conspire to kill Littlefinger,” she says. That and “Look What You Made Me Do’ are very Cersei vibes, too. Daenerys as well.”

Her love of GoT & her love of Easter eggs: “My entire outlook on storytelling has been shaped by [Thrones] — the ability to foreshadow stories, to meticulously craft cryptic story lines. So, I found ways to get more cryptic with information and still be able to share messages with the fans. I aspire to be one one-millionth of the kind of hint dropper the makers of Game of Thrones have been.”

Understanding the characters: “You find yourself identifying with different characters several times an episode. You go from hating someone to loving someone. You see someone as cold, and then you see the reasons behind why they do what they do. I just feel so lucky to exist when Game of Thrones is coming out.”

Who will end up on the Iron Throne? “Daenerys, Arya, or Sansa. But if I’m being realistic, I think Sansa has the skill set and the ability to delegate and put on a brave face but a stoic demeanor.” Then what happens to Arya? “Arya [would] be Hand of the King.”

How did she avoid getting into Game of Thrones until 2016? My lord, the GoT world is MADE for someone like Taylor. This is the most I’ve liked her – I want to hear more about her GoT theories and opinions. She obviously identifies with Arya, Daenerys and (of course) Sansa… but Taylor is so clearly a f–king LANNISTER. Cersei Vibes for DAYS. The biggest eyebrow-raiser for me was the timeline in 2017 – Season 7 began airing mid-July that summer, and it was what? Eight episodes, eight weeks, and it wasn’t until the last episode of Season 7 that you get to see how Sansa and Arya plotted against Littlefinger. The thing is… Reputation was released on November 10th. She probably had to have the playlist and the songs locked in a good month beforehand. That’s a really quick turn-around for “songs inspired by Littlefinger’s betrayal at the hands of the Starks.”

And after all of that though… I understand how GoT’s darkness would influence her and how it’s one explanation for Reputation’s “dark” vibes. But so many of the lyrical references are not so much about Arya, Sansa or dragons, they’re about how she’s still mad at Kim Kardashian and Kanye West. 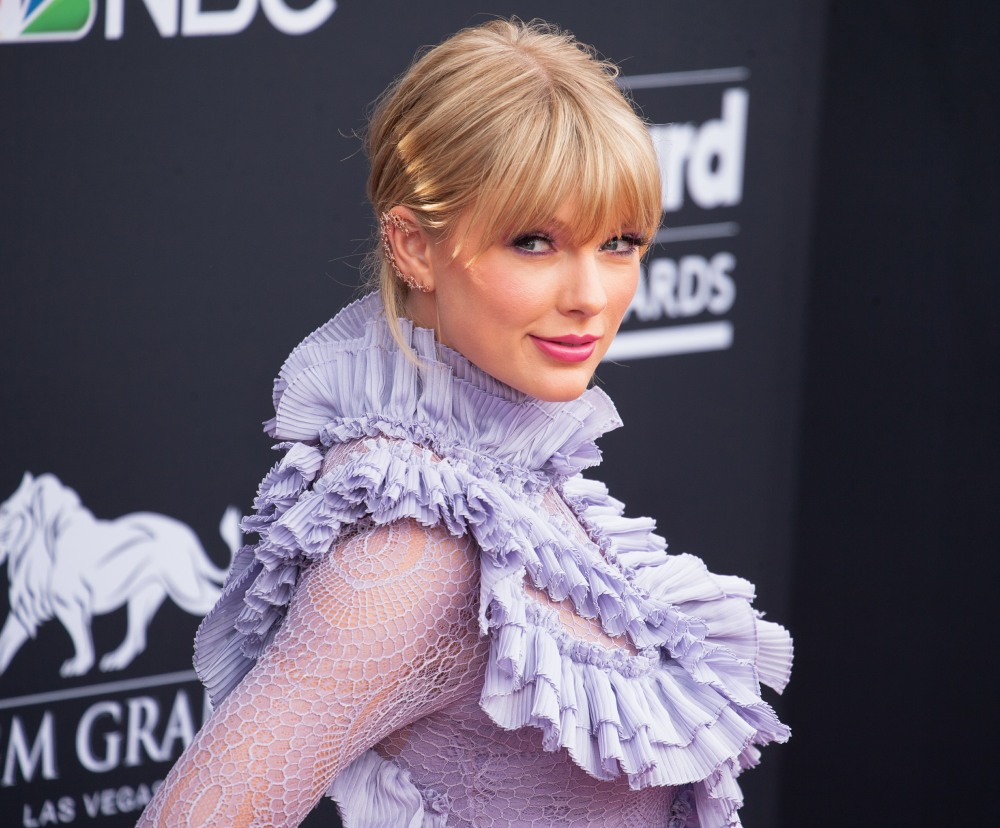