Amal Clooney in Giambattista Valli at the Roman ‘Catch-22′ premiere: cute or nah? 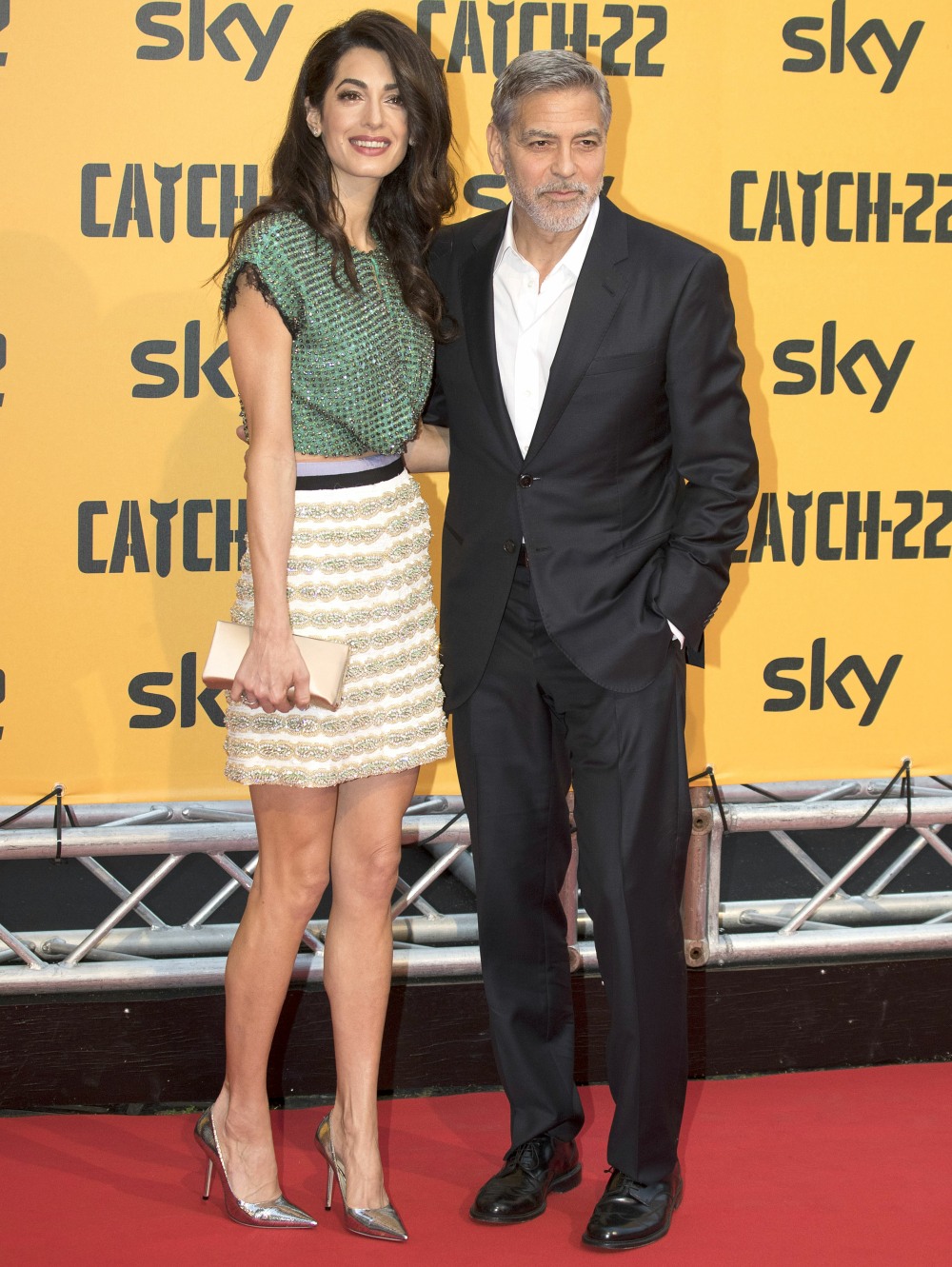 George and Amal Clooney have been in Italy for days now. I guess we’re supposed to believe that George is really promoting the hell out of his Hulu miniseries Catch 22, but I think he just loves being in Italy and he looks for excuses to be in Rome or Como or Venice. Over the weekend, George and Amal were spotted at what was called a “premiere” for Catch-22, but was probably more like a dinner or a party for the series. Amal wore a really odd Prabal Gurung ensemble. But last night was the real premiere, and here are some photos.

Amal wore a Giambattista Valli outfit for the full-on Roman premiere at the Space Cinema Moderno. Giambattista Valli is one of her favorite design houses, and she’s worn Valli looks for years, for date nights and premieres and even for her “wedding week” in Venice. She loves those weird little cocktail dresses and twirly skirts and mullet dresses. This look was rather mundane compared to her previous looks – a beaded skirt and a sparkly, sequined green crop-top. I actually love the cropped blouse, and I wish the entire ensemble had been that green material, it would have looked amazing. Yeah, I think the skirt is ruining this. (Her heels are great though.)

George has been giving tons of interviews to promote Catch-22, and he did The Hollywood Reporter’s Awards Chatter podcast. He told a story about how he spoke to Ben Affleck before Affleck signed on to play The Batfleck and George advised him not to do it. Ben didn’t listen to him. 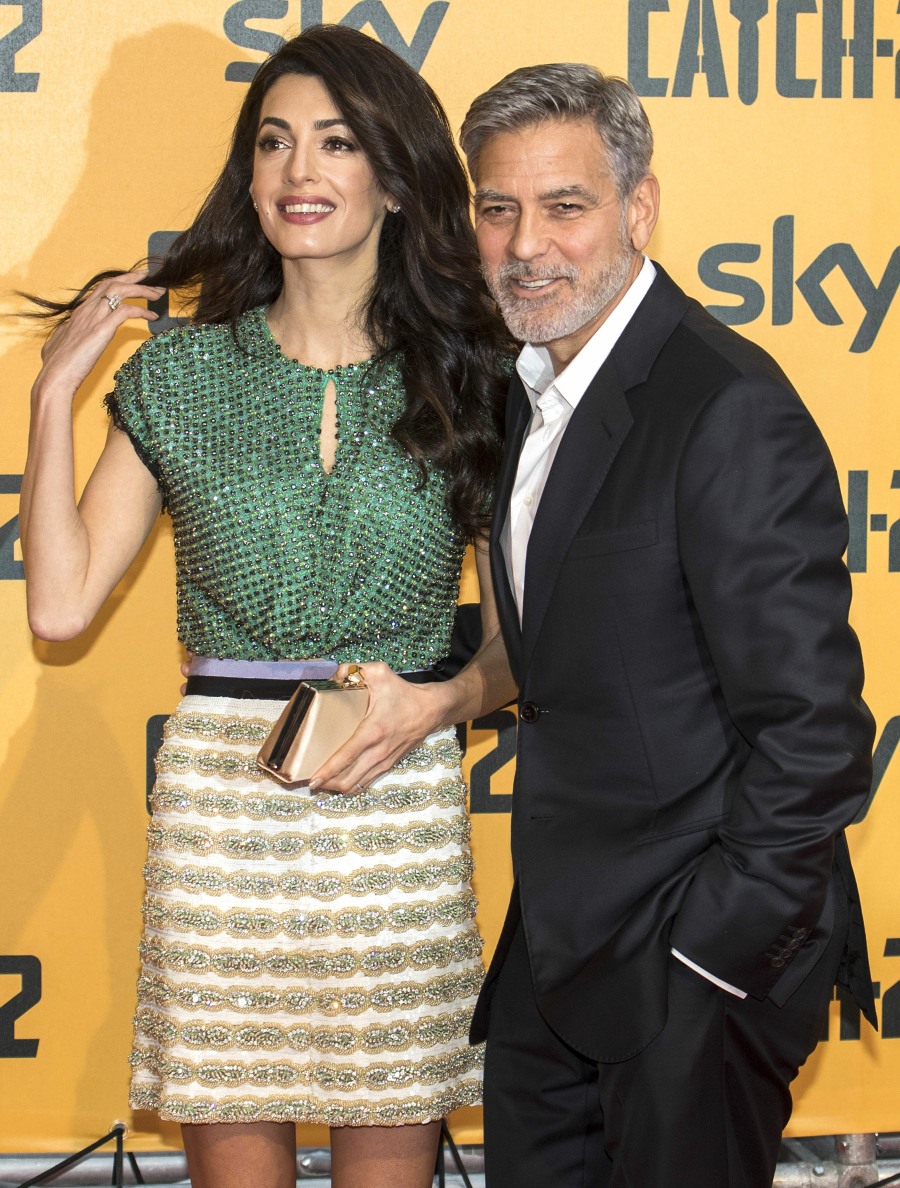 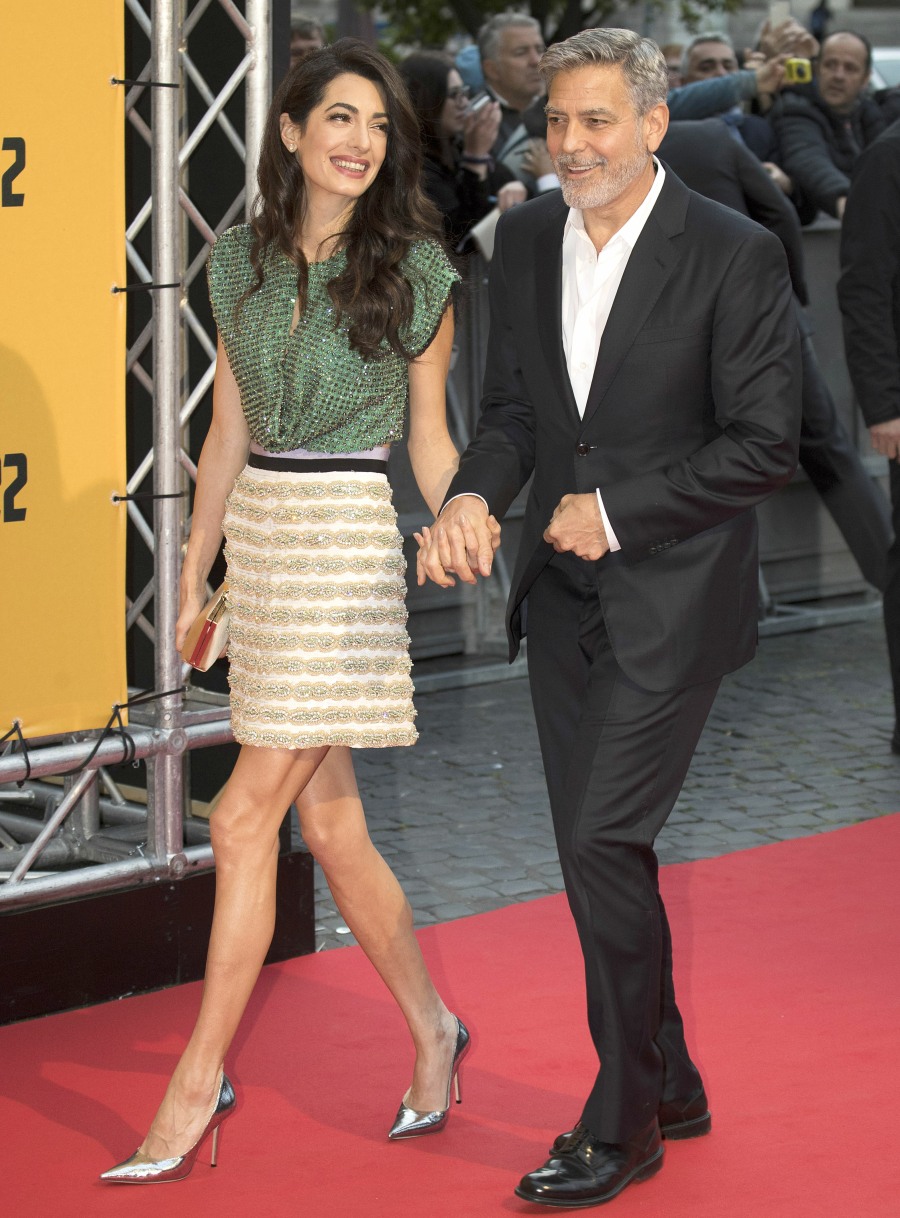 15 Responses to “Amal Clooney in Giambattista Valli at the Roman ‘Catch-22′ premiere: cute or nah?”