Paris Hilton’s new single is called ‘Best Friend’s Ass,’ she got Kim K in the video 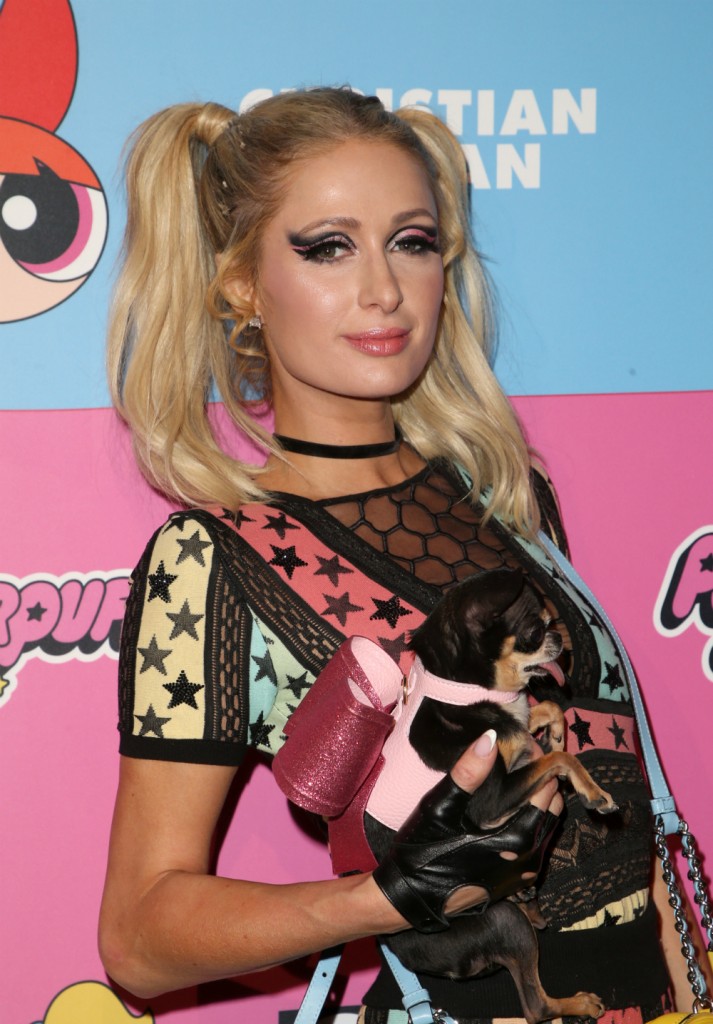 Paris Hilton’s new song is about Kim Kardashian’s ass. I get that Kim has worked very hard for her famous backside but how many tributes do we need to pay to it? Okay, so maybe the song wasn’t originally about Kim’s posterior but Paris reached out to her for the video. To promote this new single by Dimtri Vegas and Like Mike, Paris was interviewed via satellite by Access Hollywood it’s is a riot. Between Scott Evans and Kit Hoover’s overly enthusiastic adulation, Paris’ inability to answer the questions directly and her bizarre efforts to sit angled so only her best side is captured, it’s worth watching:

Some of the highlights:

Was there ever a time when this was not about Kim K’s butt?
I just wanted to make a really fun song, just about girls, having fun. It really is, like, a commentary about social media and just kind of making fun of the whole scene but also about girls and I needed someone who, obviously, would represent this song in the best way possible and Kim was the perfect person.

What’s it like when the two of you are together? You just must be mobbed
We have so much fun together. We’ve known each other since we were little girls so it’s always fun to reminisce and talk about all the fun times we’ve had together

Do you guys ever talk about how different life is for you two now?
We’re both just really proud of each other, We’ve both created our own empires and it’s just really exciting. I’m so proud of her. And it’s amazing and I can’t wait. This video and this song is just so hot.

Have you and Kim talked about her pursuing a career or at least work as an attorney?
We didn’t get into that but I did just read about that. I think she would be a brilliant lawyer

My gawd – Paris looks like her left shoulder was super-glued to the window behind her. I love that she gives so many non-answers that Scott and Kit just start asking about other people. Even then she gives an answer to another question: “What about Nicky, how was your sister’s Mother’s Day?”

“I’m going to see the girls later.” Paris has been doing this far too long to give interviews like this. I would understand if she was hiding something, but these questions could not be any softer. It sounds like she doesn’t understand them. Something nice: it’s really lovely to hear how well Paris speaks of Kim. We know something went down between those two. Whatever it was, they worked it out and are back in each other’s orbits. I genuinely mean it, I enjoy hearing Paris say so many nice things about Kim.

However, the fact that they are celebrating their rekindled friendship by exploiting it to further promote their own interests is absolutely on brand for both of them. As for the song itself, well – here’s a sample: 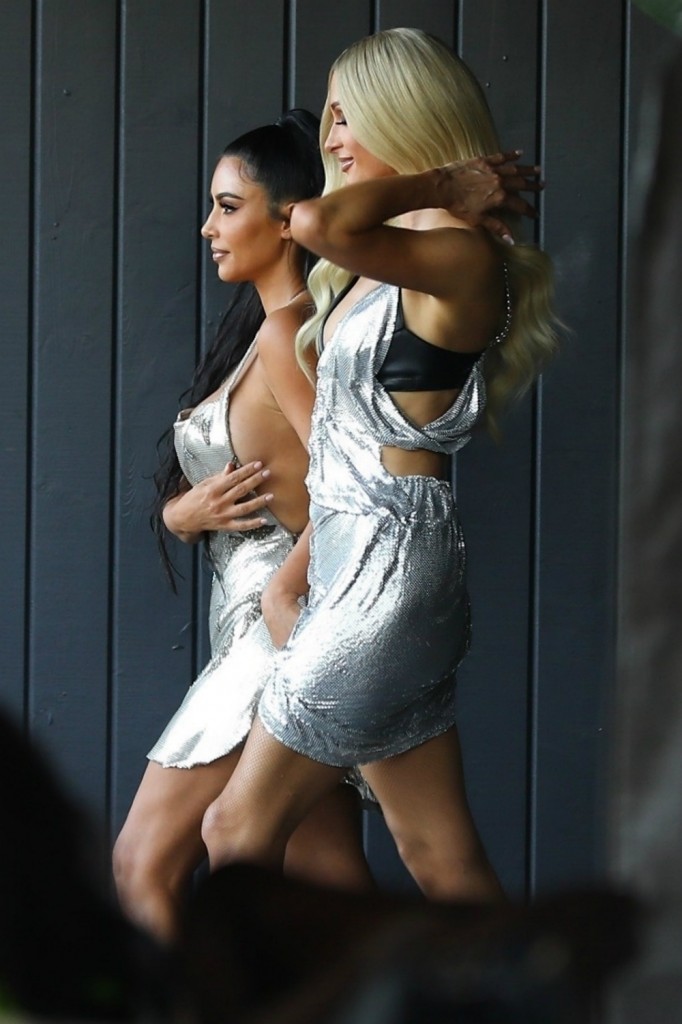 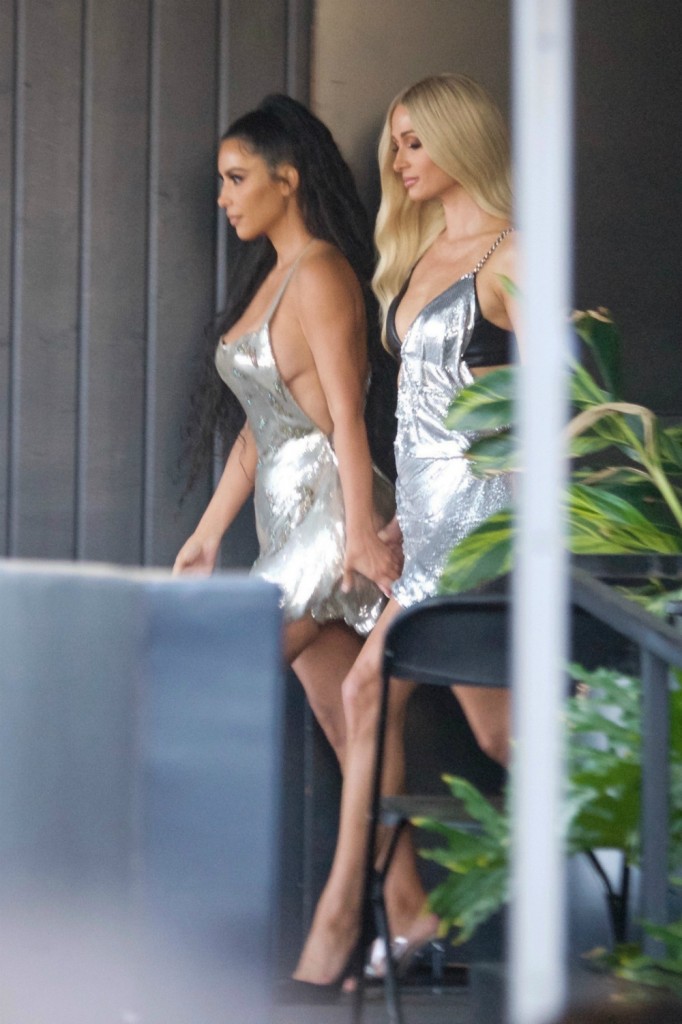 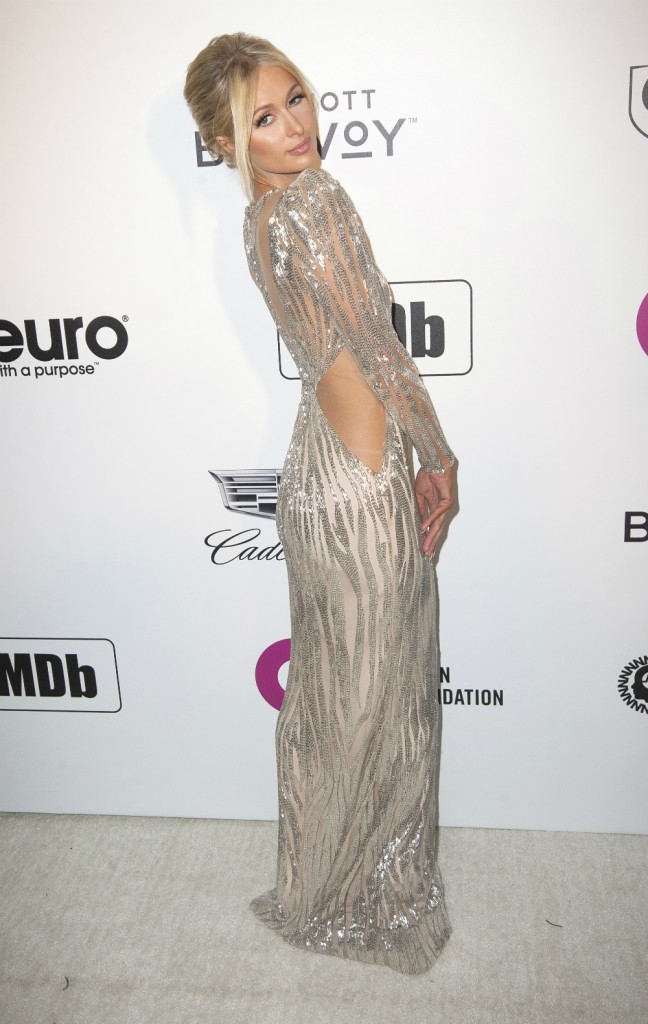 59 Responses to “Paris Hilton’s new single is called ‘Best Friend’s Ass,’ she got Kim K in the video”