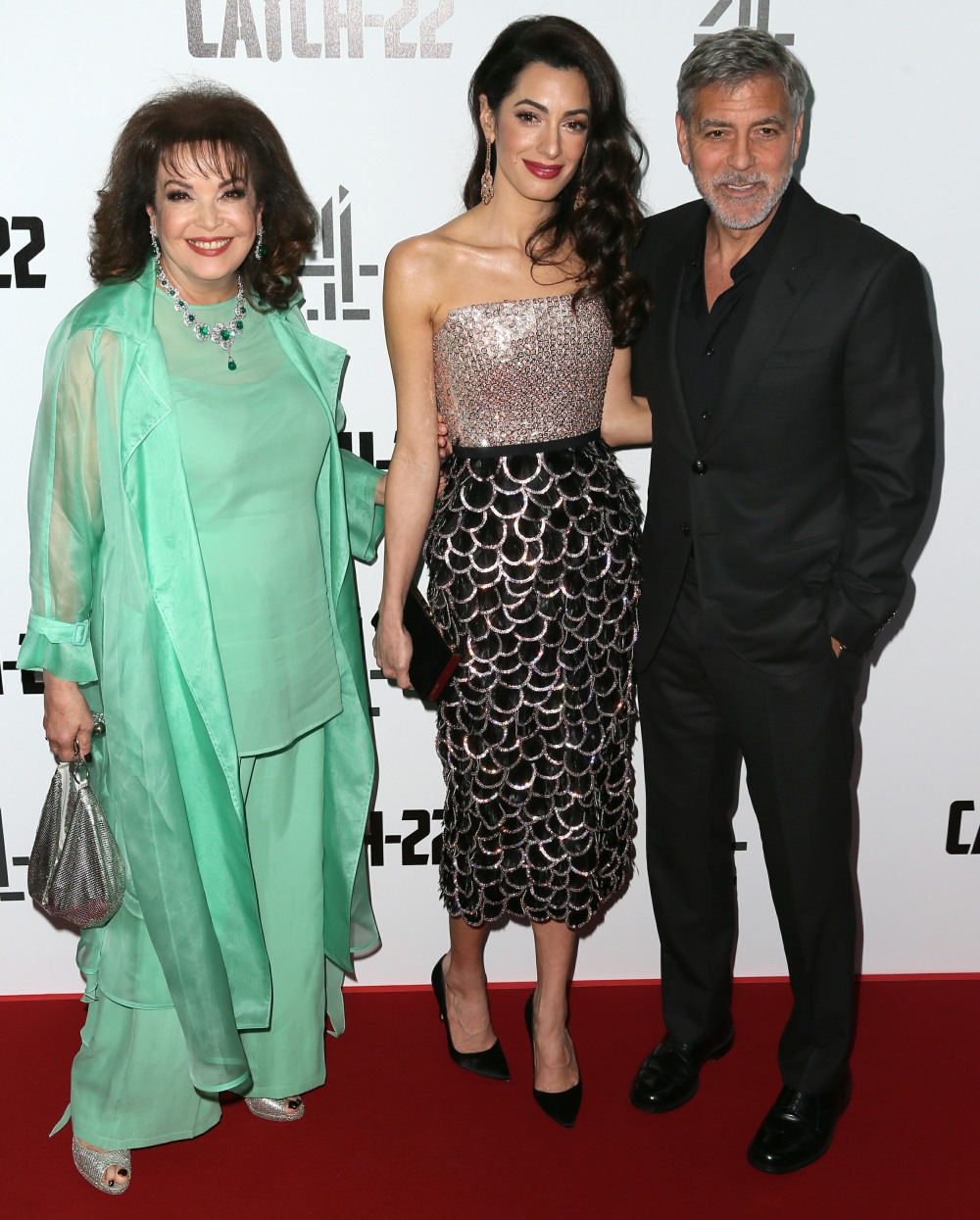 Here are some photos of George and Amal Clooney at the London premiere of Catch-22. Amal’s mom Baria Alamuddin joined them at the premiere, and in a few photos, you could see George motioning Baria over to pose with them on the carpet. I find that interesting! Amal seemed to just want to pose with her husband, but George was like “let’s include your mom!” No wonder why it feels like Baria is a huge fan of George. As for Amal’s outfit, I don’t have the ID for it, but it’s okay. It’s not my favorite, but I like it better than a lot of stuff she’s been wearing lately. I feel like the skirt is the centerpiece and the top should have done more to bring attention to the skirt.

Meanwhile, did you know that George and Amal have lots of help and they admit that freely?

George and Amal Clooney know it takes a village to raise a child — or two! The Catch-22 actor and the human rights lawyer welcomed twins Ella and Alexander in June 2017 and although they’ve been open about their hands-on parenting approach, the couple also acknowledges the support system they have created around their family.

“[George and Amal] are very humble when they speak about their family,” a source tells PEOPLE in this week’s issue. “They always remind friends that life with kids is easier for them because they have help, but help or not, they are amazing parents.”

The insider adds that Clooney, 58, hasn’t strayed far from his roots despite achieving international fame.

“Despite his success, George has always been a family boy,” the source says. “He’s having a wonderful time watching the kids play, laugh, grow up and relate to him.”

Yeah, I think you can still be an amazing parent AND have a nanny or two. Nanny-shaming is real though and every parent is supposed to be Wonder Woman or Batman at work all while taking care of their children full-time. Yeah, that’s not the way it works. During his promotional work for Catch-22, George talked about how the twins have an Italian nanny and they’re already learning Italian too. Which is cute. That’s what I always wondered about the Cambridge kids and Spanish Nanny Maria: is she teaching them Spanish? I hope so! Also: I’m quite sure that Amal’s family is very involved with the Clooney twins too, and I bet George likes that – having Amal’s extended family around, helping to raise the kids, and treating him like a king. 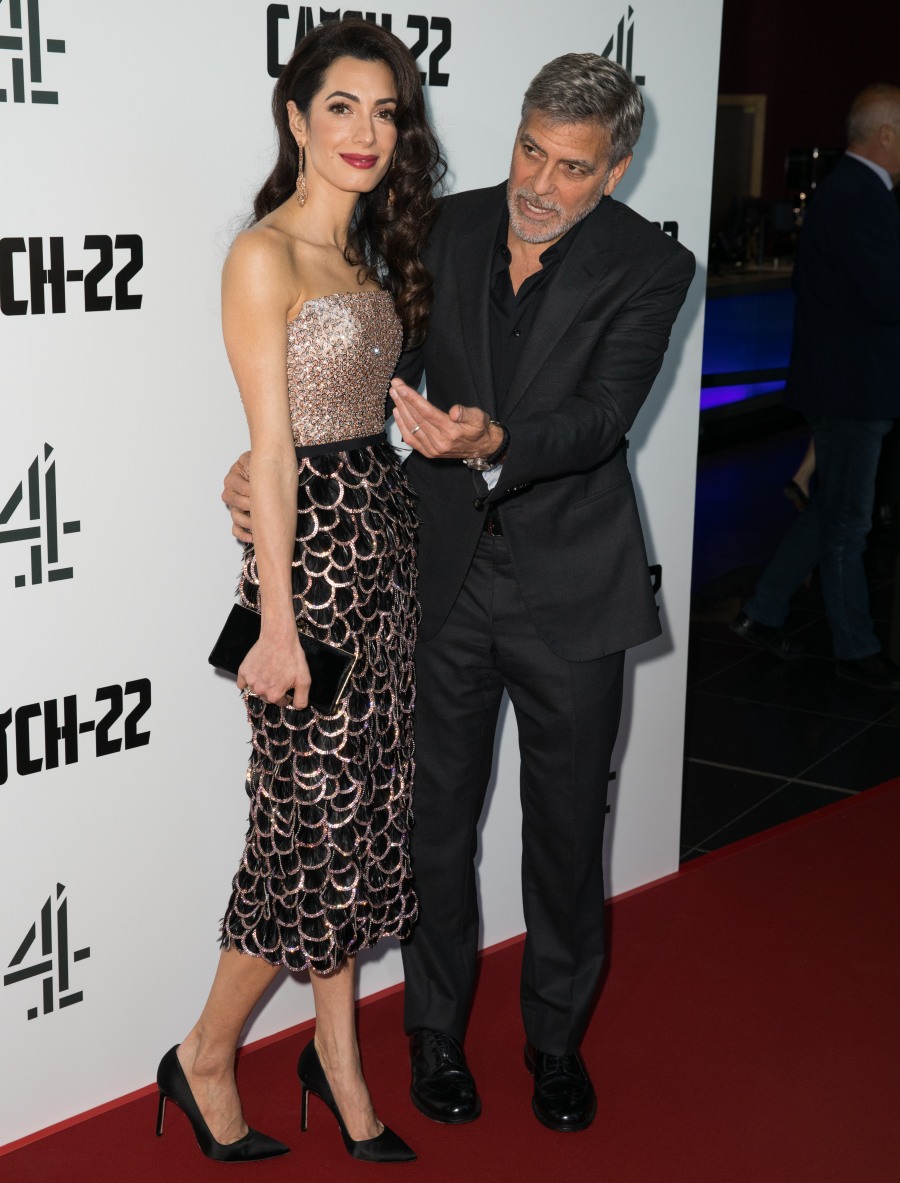 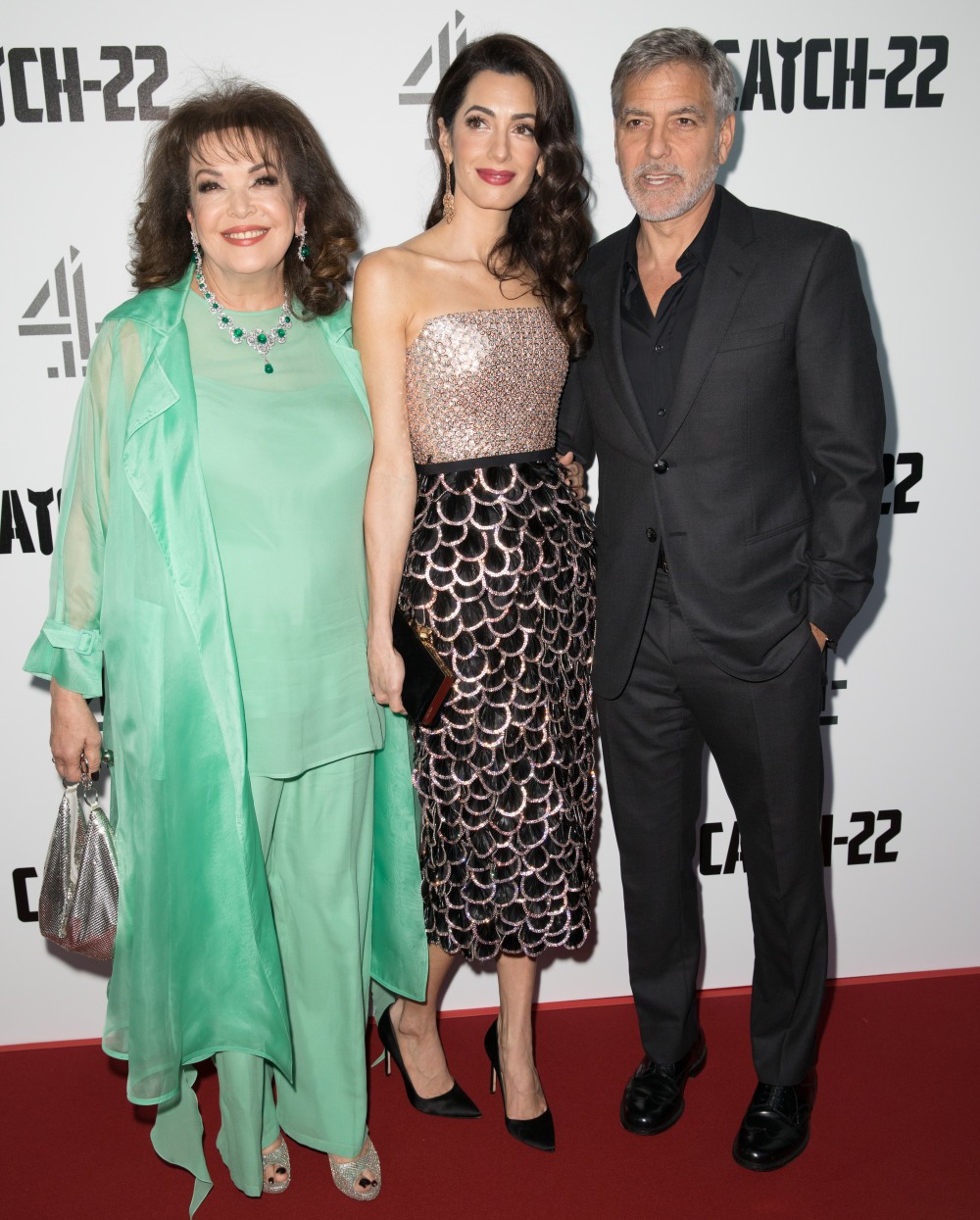 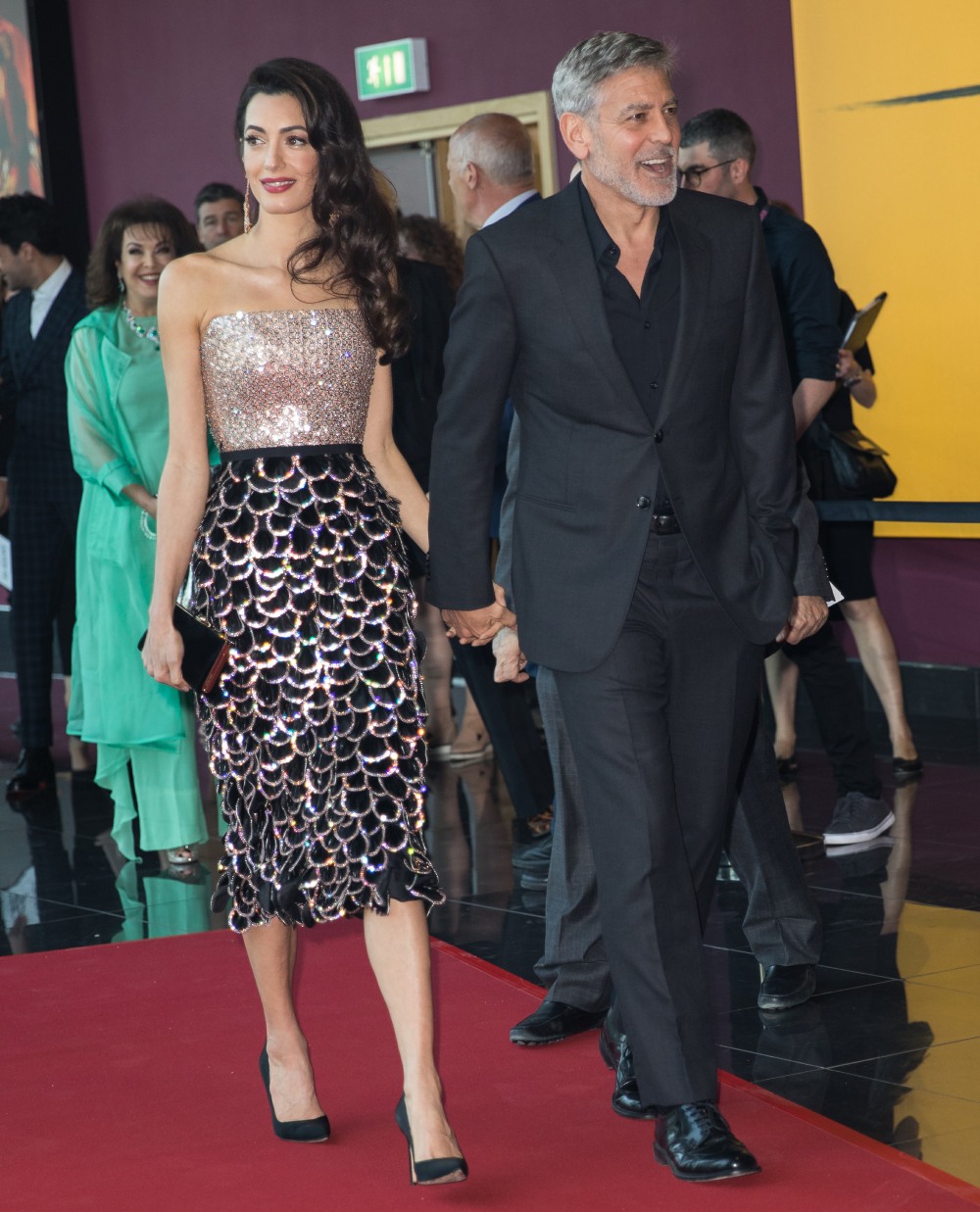