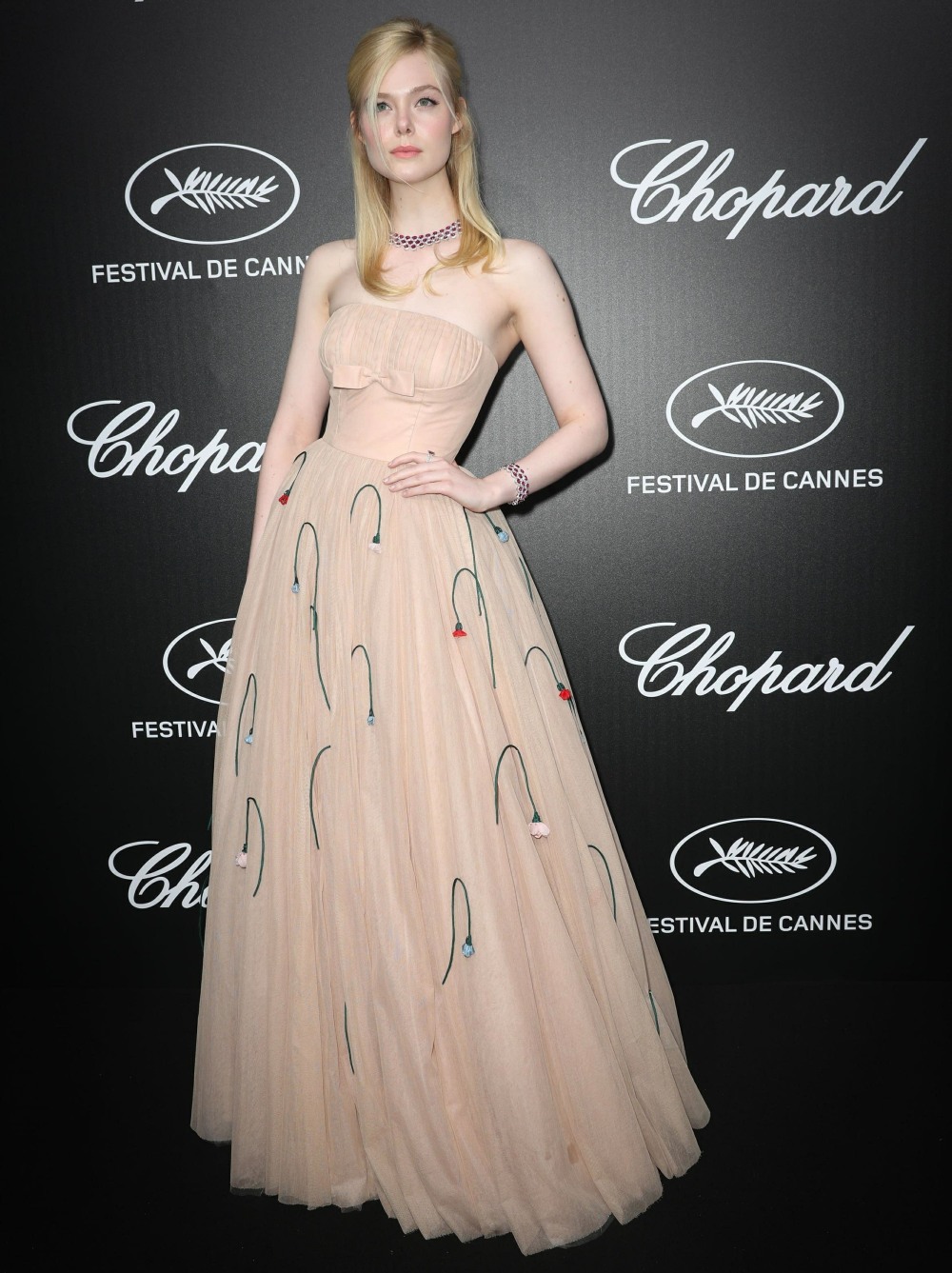 Because of all of the royal news and Game of Thrones stuff, I kind of ignored some of the Cannes Film Festival fashion drama from the weekend. Did anyone notice? I’m not trying to be mean, I’m just pointing out that this year’s Cannes is kind of weaksauce from a “glamorous/fashion” perspective. Elle Fanning is on the Cannes jury, and she’s been trying to bring the big fashion energy to Cannes, showing up at all of the biggest events and red carpets and wearing lots of interesting couture. Monday night was the Chopard Trophee dinner, just one of a million sponsored events during the festival. Elle wore this beigey-nude Prada dress and Chopard jewels, and something about the dress made her FAINT.

Elle Fanning, a member of this year’s Cannes jury, had a brief scare Monday night when she fainted at the Chopard Trophee dinner. Festival director Thierry Fremaux had just introduced actor Francois Civil onstage when Fanning, star of “The Beguiled” and “Maleficent,” collapsed and fell off her chair nearby.

Fanning was sitting at a table next to sister Dakota Fanning, who helped the actress to her feet before security whisked them away. According to eyewitness, the ceremony was briefly paused as a hush fell over the crowd.

Colin Firth, who was seated close-by, quickly leapt to his feet and offered assistance to the dazed actress. Another shocked onlooker, actress Marion Cotillard, placed a hand over her heart as Fanning was taken away by security.

On her Instagram later on last night, Elle posted a selfie with this message: “Oops, had a fainting spell tonight in my 1950’s Prada prom dress but it’s all good!! #dresstootight #timeofthemonth.” Ah, the combination of a too-tight prom dress and being on her period. I feel her. My guess is that the room was probably warm too – obviously, I don’t go to these kinds of events, but I’ve worn uncomfortable clothes and been stuck in a crowded, warm room and yes, it’s very easy to feel faint. Especially if you’re already cramping or feeling sh-tty because of your period. Poor Elle. At least Colin Firth was there to catch her when she swooned! AHHHH. 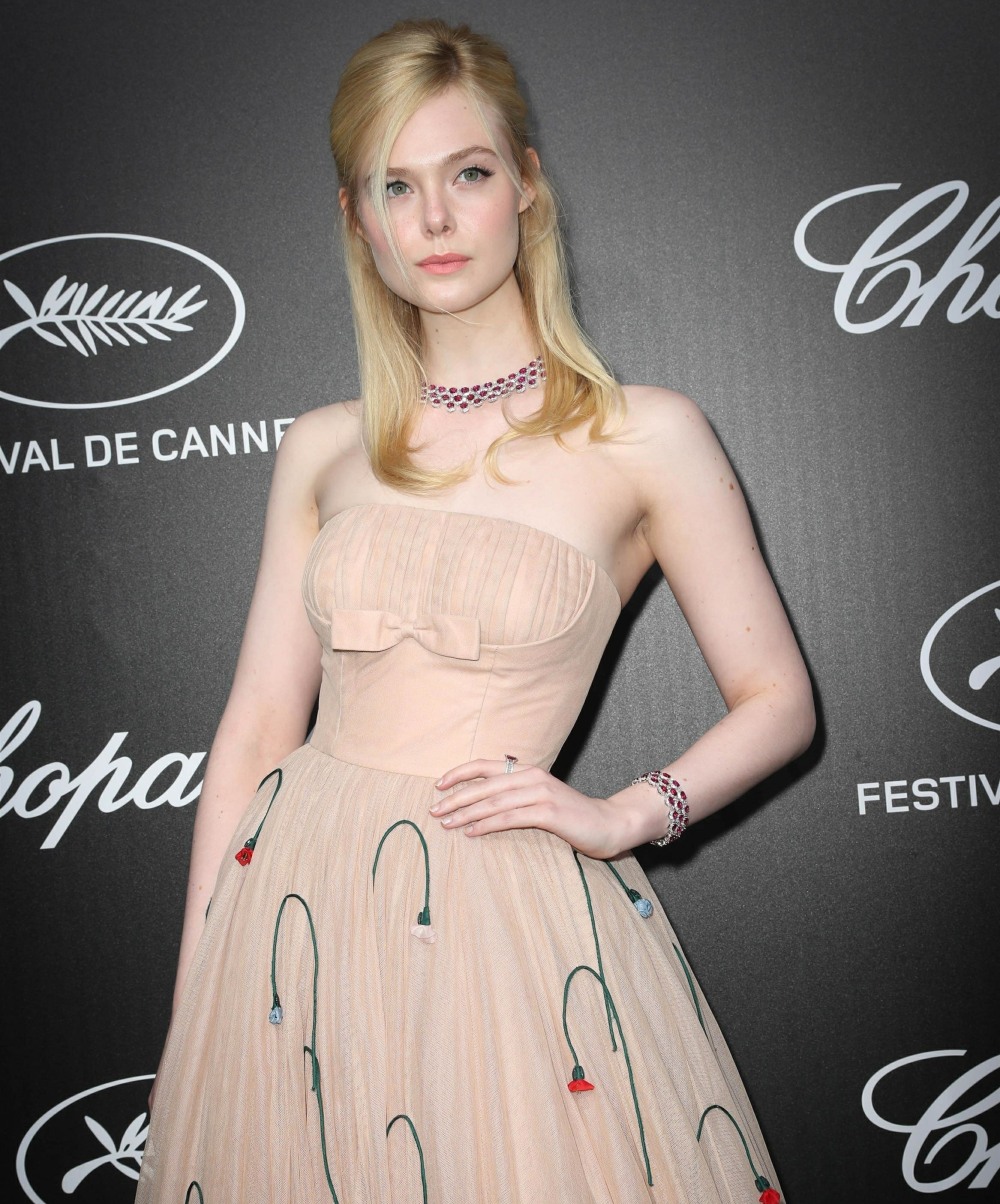 Here’s another look from Elle – she wore Dior to the Kering Women In Motion Awards. I truly love this dress! 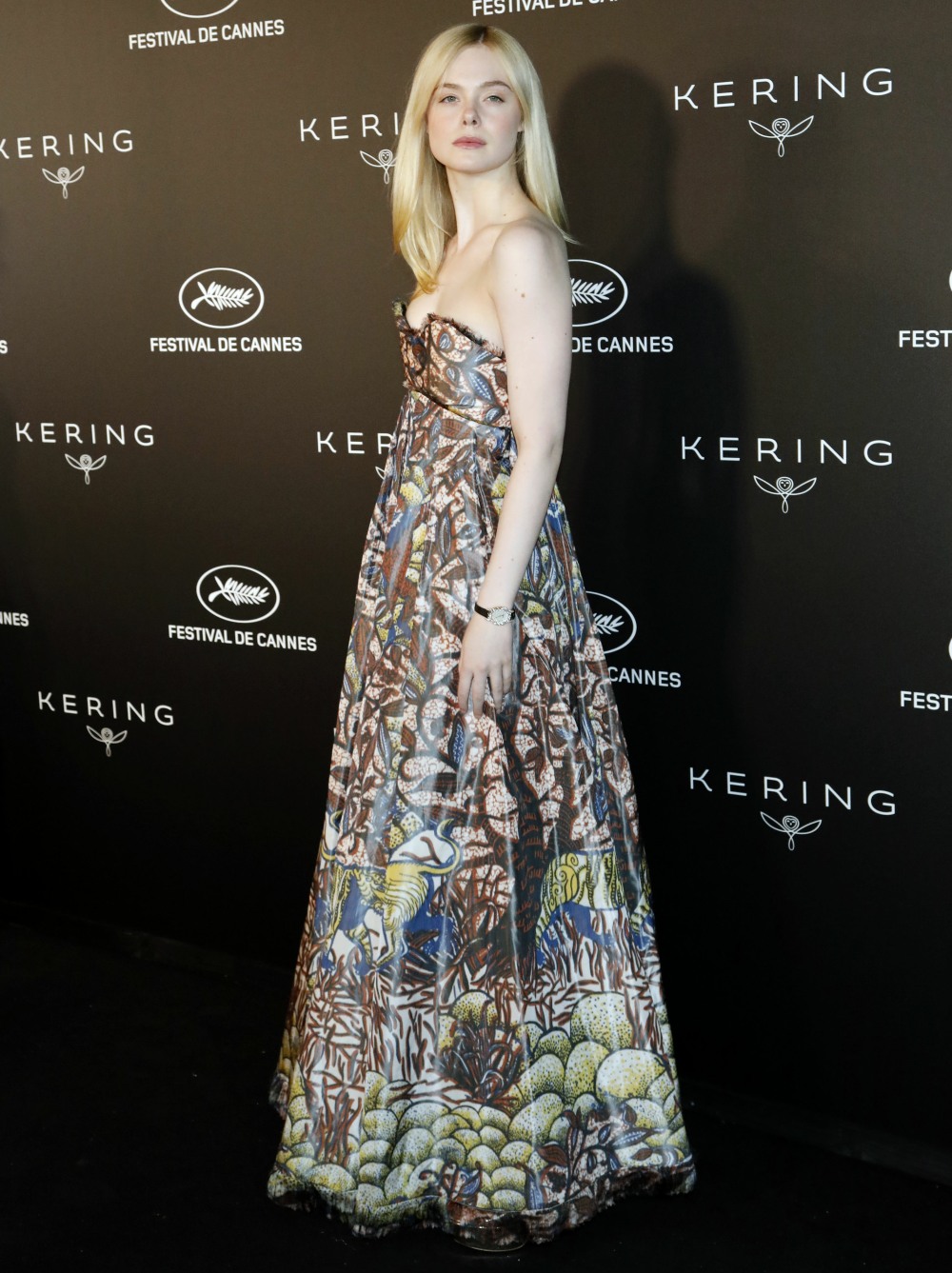 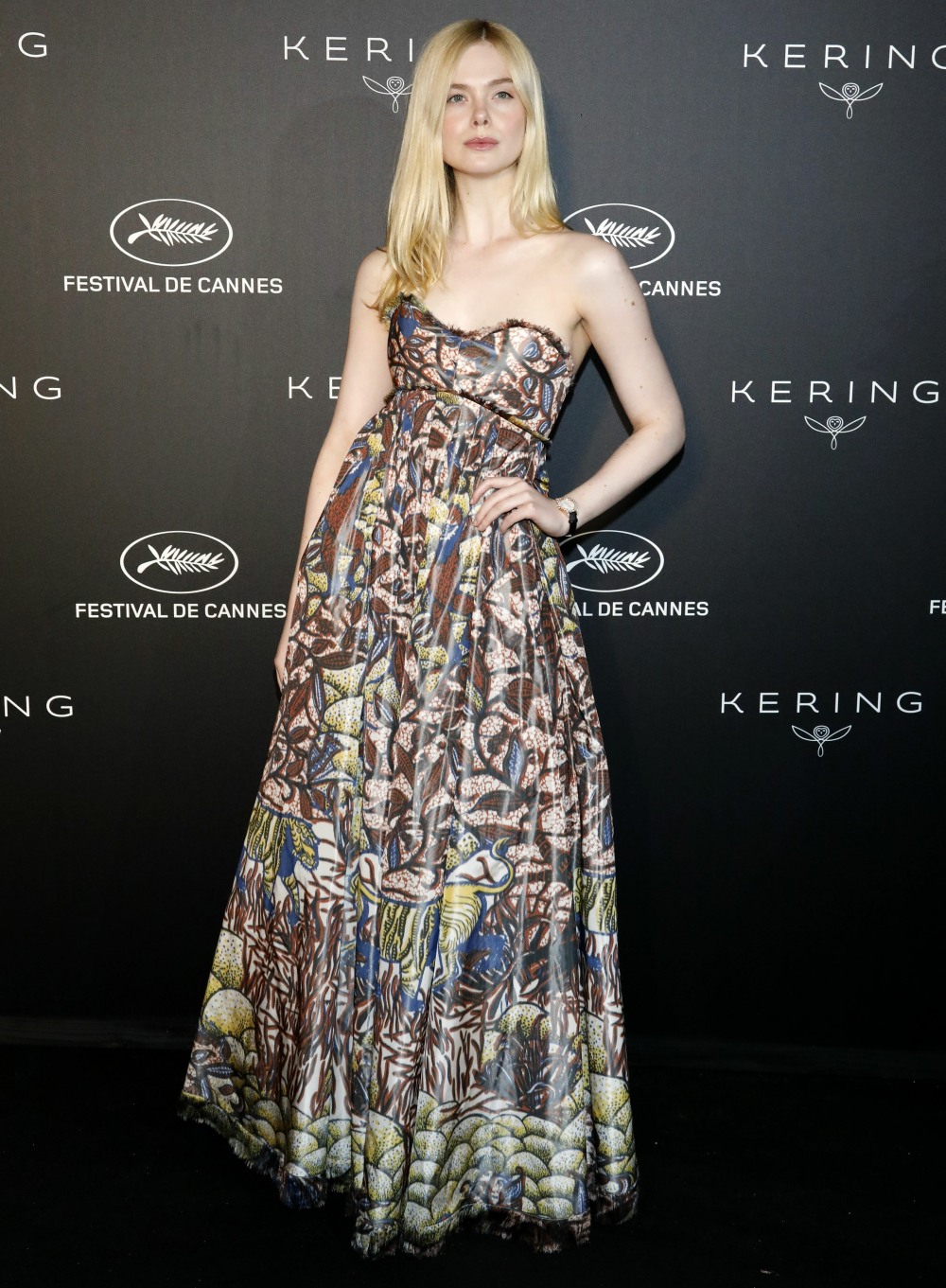