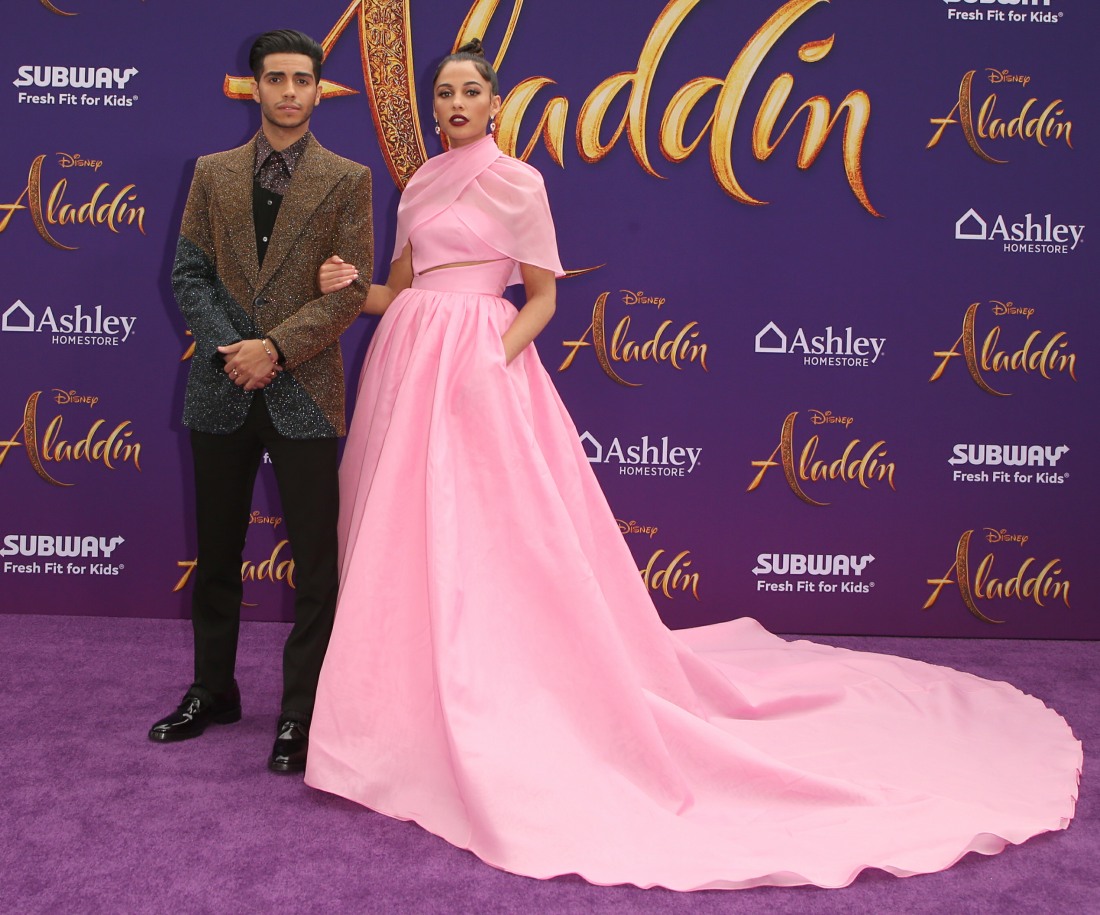 Here are some photos from last night’s LA premiere of Aladdin, the live-action Disney remake which no one really asked for. I mean, I’m not trying to set this film up for failure, but I’m just not on the whole “let’s do live action remakes of all these animated Disney classics!” But Beauty and the Beast was a massive success, and people are looking forward to The Lion King, so we’re getting Aladdin too.

Mena Massoud stars as Aladdin, and Naomi Scott stars as Jasmine. Mena wore Givenchy, a diagonal-pattern suit which looks okay. Naomi wore Brandon Maxwell – a pink ballgown which looks very Disney. The ballgown is what is – I mean, it’s not my style, but I bet millions of little girls will love it and they’ll think Naomi is the most beautiful princess ever, which is sort of cool. The thing I like the least here is Naomi’s top-knot – her hair is pulled too tight. I also think her lipstick is wrong, but whatever! 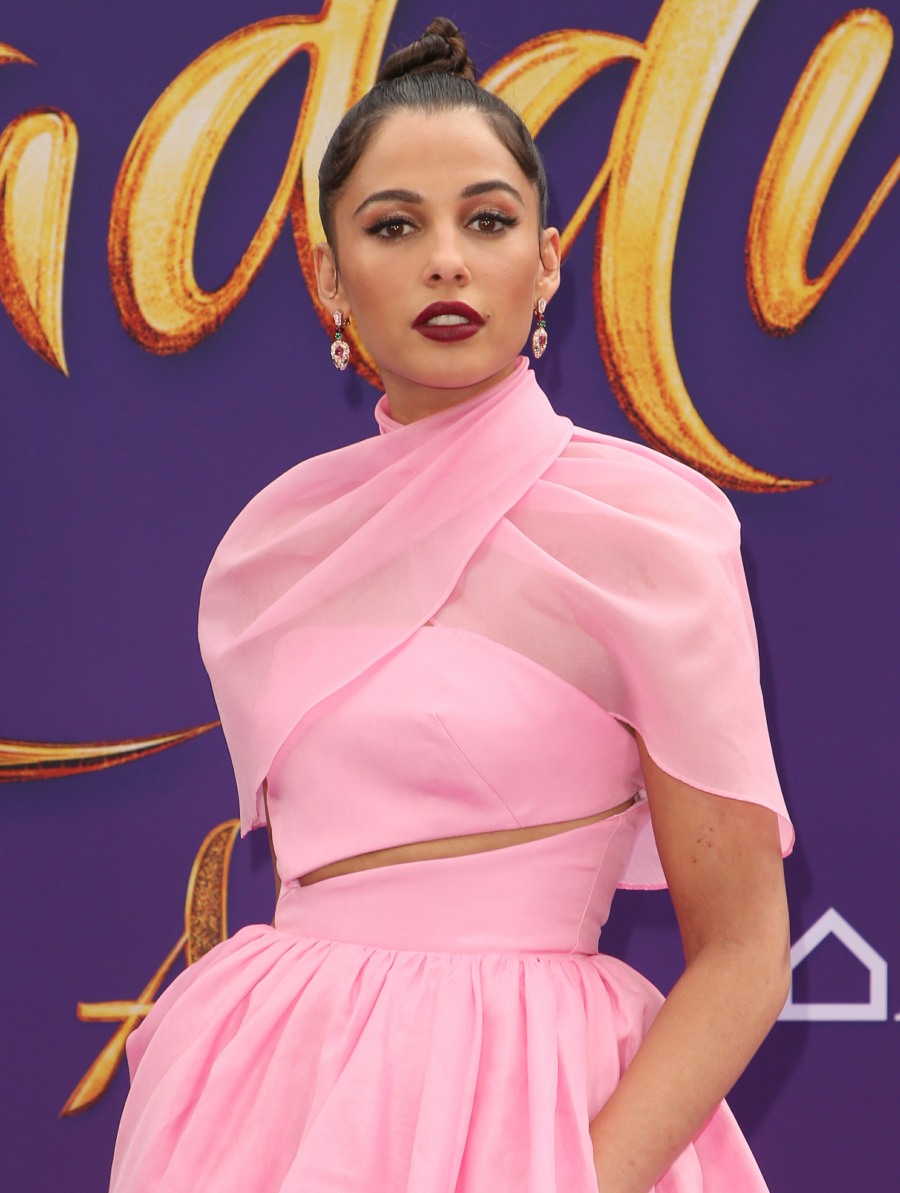 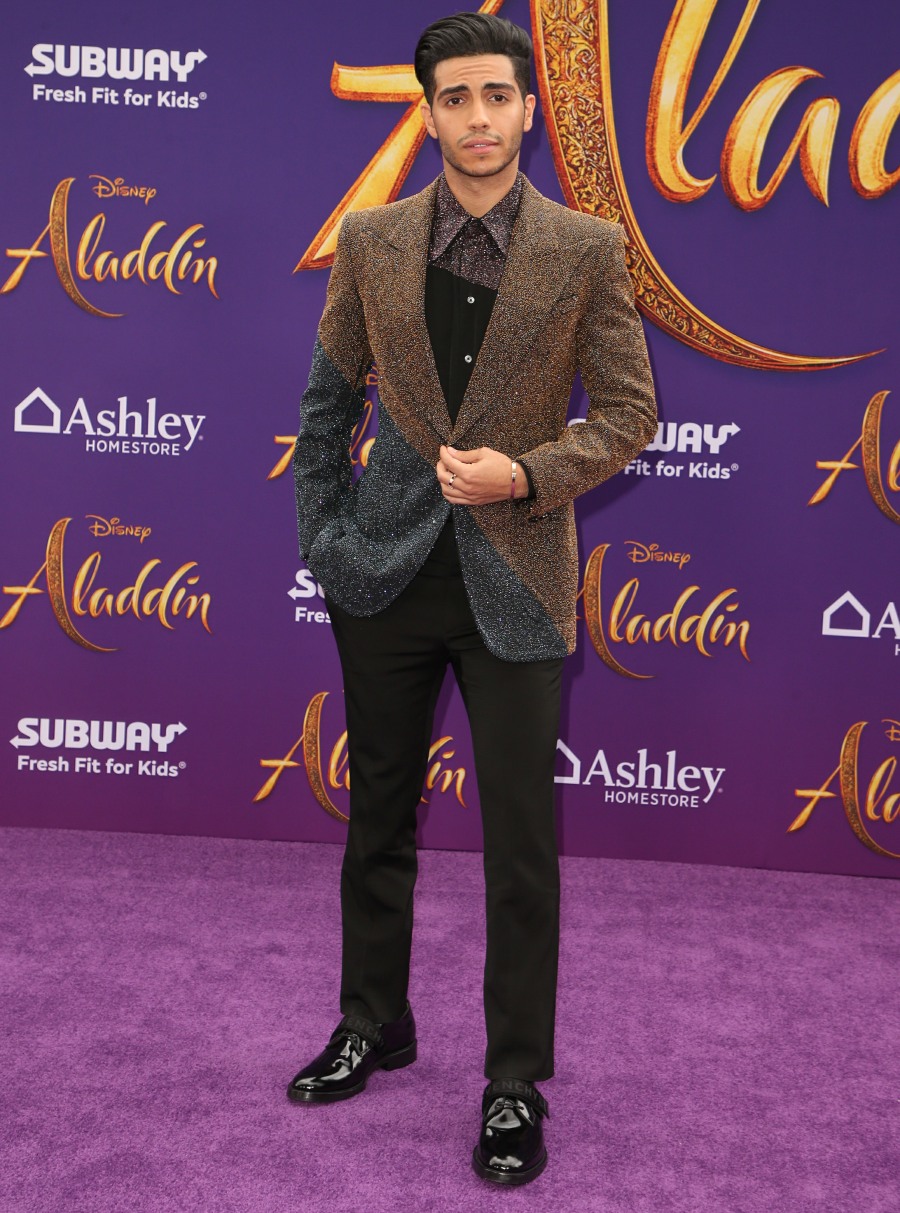 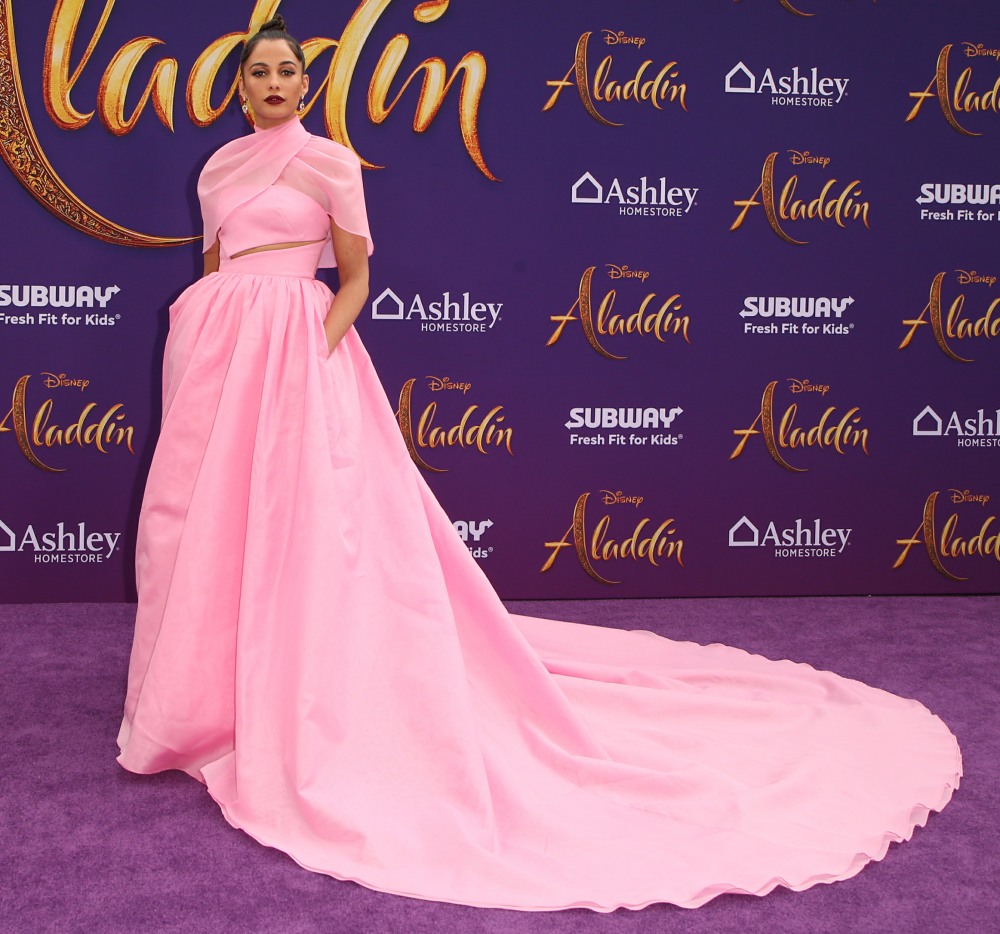 Will Smith plays Genie and if the trailer is any indication, he’s terrifying. Will brought two of his kids and his wife to the premiere – Jaden Smith is missing, but Trey and Willow were there, and Will and Jada were handsy with each other, as always. Will’s suit is the best, I love it. 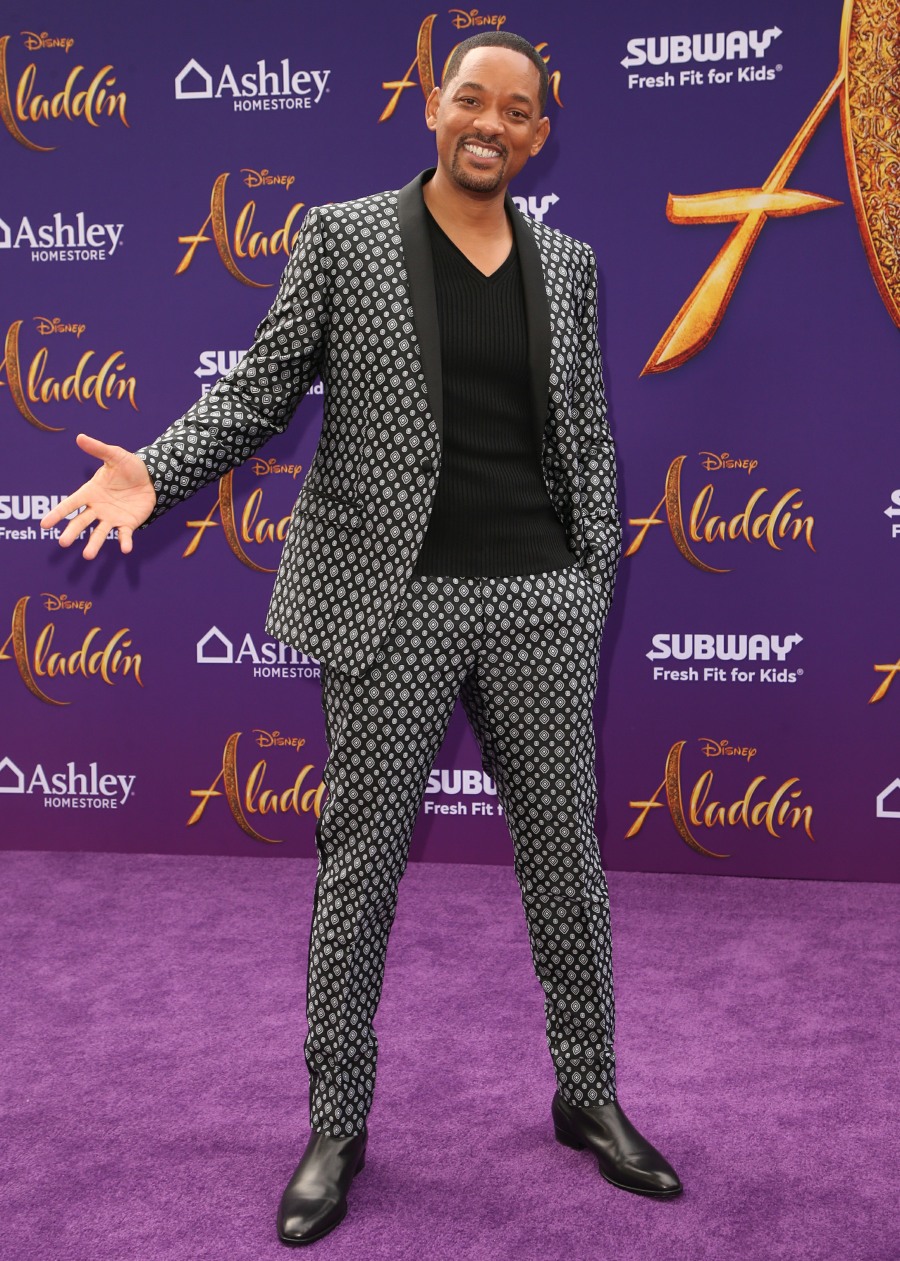 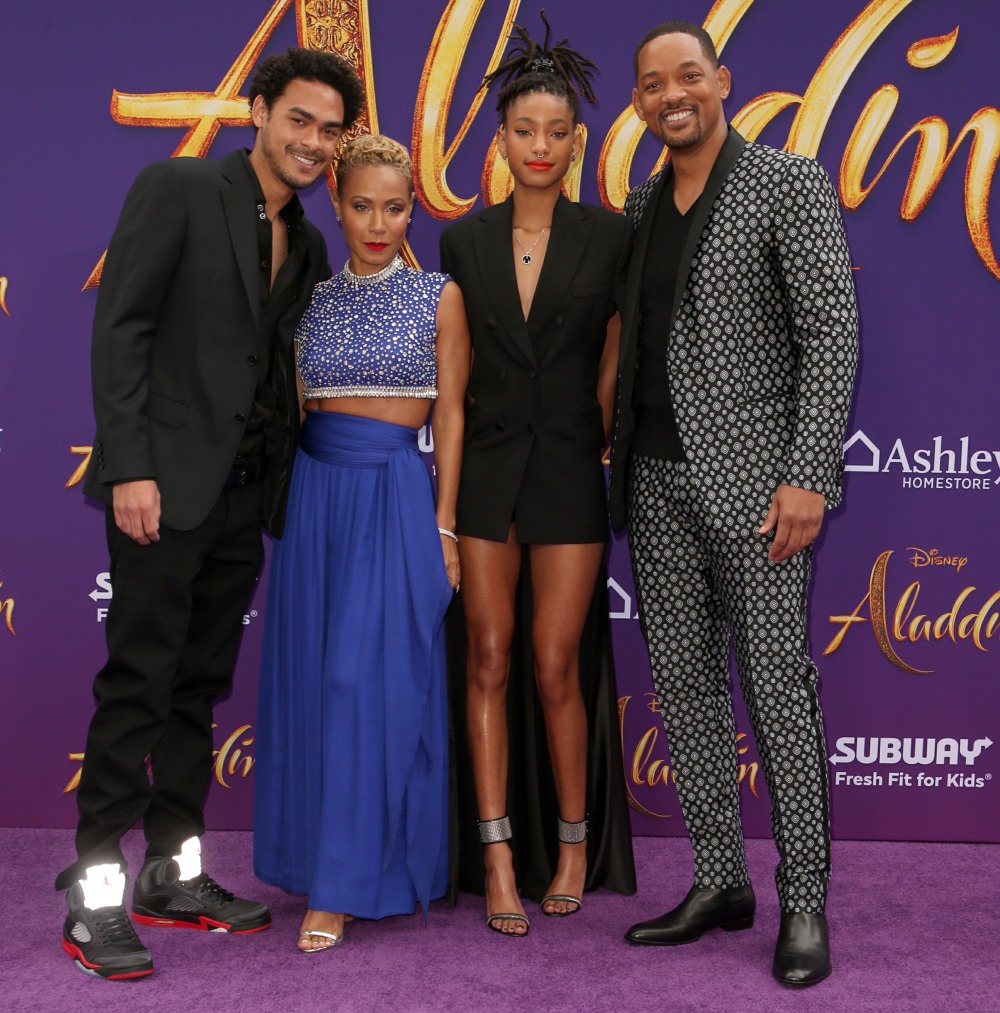