Rebecca Gayheart: ‘I had a very terrible accident happen. A 9-year-old child died’

Tune in to catch @official_cathcartrobbins new podcast The Only One In The Room . I’m her guest on today’s episode ! Link in bio 👆🏼#myfirstpodcast #theonlyoneintheroom #chrysalis


In 2001, Rebecca Gayheart struck and killed a nine-year-old boy walking home from school when she failed to stop and passed around other cars which had stopped for him. (She states it was not a crosswalk as reported.) I just read the original People article about it and am sick to my stomach. Jorge Cruz Jr. was normally walked to and from school by his mother, but the day her son was killed she had to stay with her daughters at a clinic while they were being vaccinated. The little boy was struck and killed by Gayheart right outside his home. The people article reports “Instead of stopping, says the police account, Gayheart moved left into the turning lane, passed the other vehicles and struck Jorge Jr. directly across from his apartment building.” Gayheart paid $10,000 in funeral expenses and plead no contest to vehicular manslaughter, to which she received three years probation, a one year suspended license, and community service. She settled a lawsuit with the boy’s family out of court.

Rebecca was a guest on the Only One in The Room podcast where she talked about the accident for the first time since it happened. I listened to some of it after reading People’s recap because I wanted to see if she really did sound like she was painting herself as the victim of an accident. She did sound like that, however she gives details about the accident which, if true, make it sound like she’s less at fault. The host of the podcast, Laura Cathcart Robbins, frames it like something that happened to Rebecca too. She said “Rebecca was the driver of a car that was in the accident, and this accident resulted in the death of a nine-year-old year.” That talks starts at 12 minutes into the podcast and here’s what she said.

Can you tell us at all about the accident?
I had a very terrible accident happen. A nine-year-old child died. Everything changed from that. I still have trouble talking about it. That changed me. Luckily I came out the other side and really positive things have happened in my life since then. I still struggle with it. I still replay it in my head, ‘if I stopped at the gas station maybe I wouldn’t have been on that street.’ Those things never go away. They stay with you forever. I did not cope very well after. It took a year and a half… I just didn’t want to live after that. I spent a year just trying to kill myself basically, by doing every self destructive thing a person can do. I didn’t understand any of it. I had led sort of a charmed life up until then, even though I grew up dirt poor… I moved to NY… got a career going. It just turned my world upside down and I lost faith in everything. I questioned God, why me, why Jorge, why did something like this have to happen? I still have those questions, but today I am able to… realize that I deserve to be happy and that I am meant to be on this planet and that I have a purpose and I’m making living amends for that even though it was an accident.

She admits she passed other stopped cars but says she would have hit them if she stopped
I will say this right now, because this was the mistake that I made. If a car in front of you hits their brakes and they stop. You don’t go around them to avoid hitting them you hit them because there’s a reason they’re stopping. You can’t go around a car that stops abruptly in front of you because they’re stopping for a reason.

It was a soccer ball, he went chasing the soccer ball. All the cars screeched to a stop and you know. I know it’s an accident but you still go ‘I wish I would have stopped for that pack of cigarettes down the street’ or I wish I was smarter in the moment. I do not want to make this about me. I can’t imagine what his parents are still feeling like.

[From The Only One Podcast via People]

The host, Laura, also praised Rebecca for staying with the boy after she hit him, for going to the hospital afterwards and for taking responsibility. She also said that anyone could have done that. That’s true somewhat, a lot of people get distracted while driving and Rebecca wasn’t on her phone at least. The detail about the boy chasing the soccer ball is new, that was not in People’s 2001 report about the accident, but they did say that he loved soccer. After that Rebecca said that her community service work with homeless people helped her “come out the other side, because they had every terrible thing happen in their life.”

I wish she would have framed this differently and taken more ownership of it, but if it happened the way she’s describing it makes more sense. This wasn’t some random thing that happened to her or something the car did though. She drove poorly and made a terrible decision in the spur of the moment that ended up costing a mother her child. I guess it’s much harder to say that you are so sorry and admit to yourself that you killed someone than it is to consider yourself the victim too. She came across somewhat better than I expected, but she’s very self-absorbed. 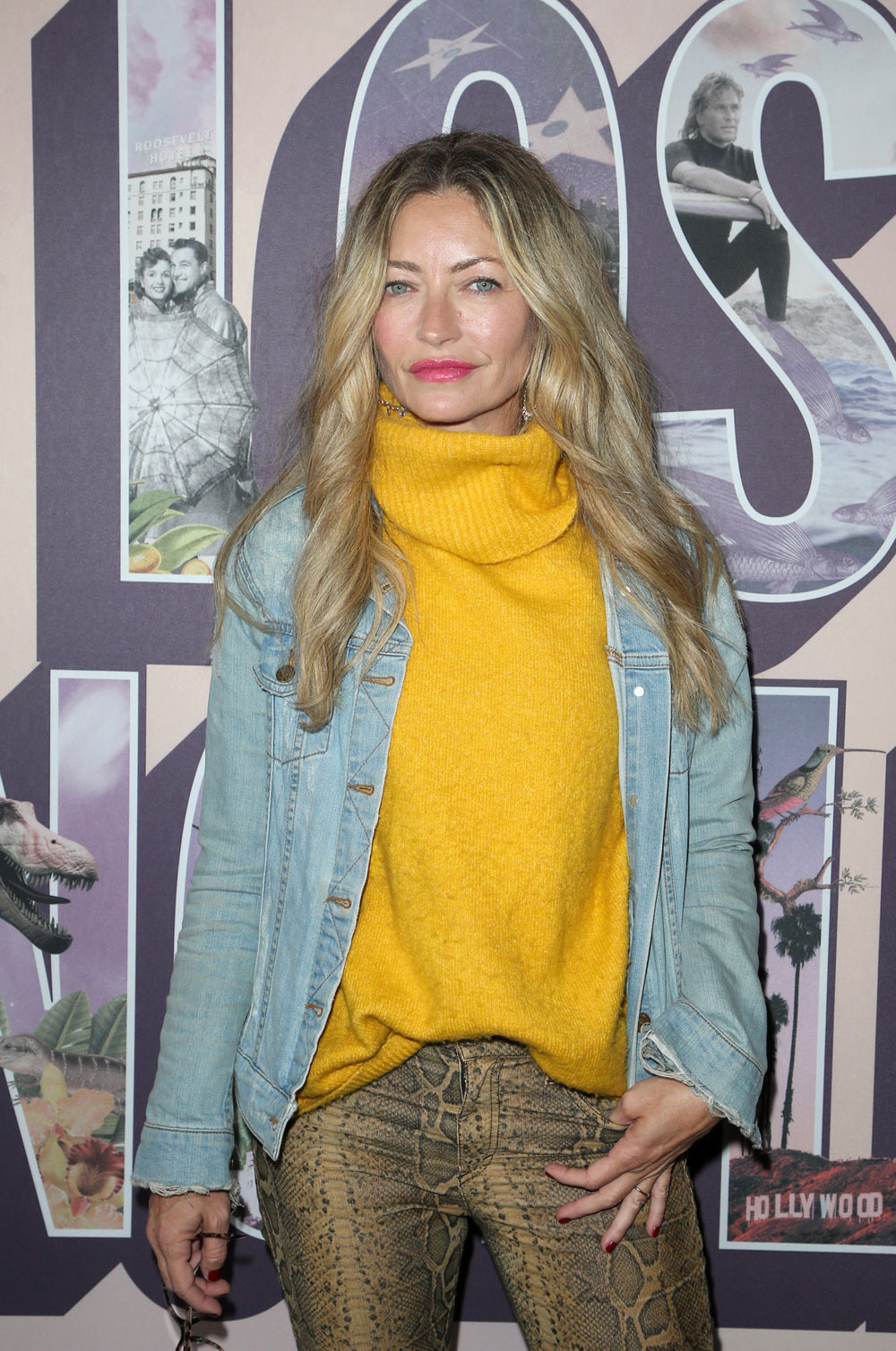 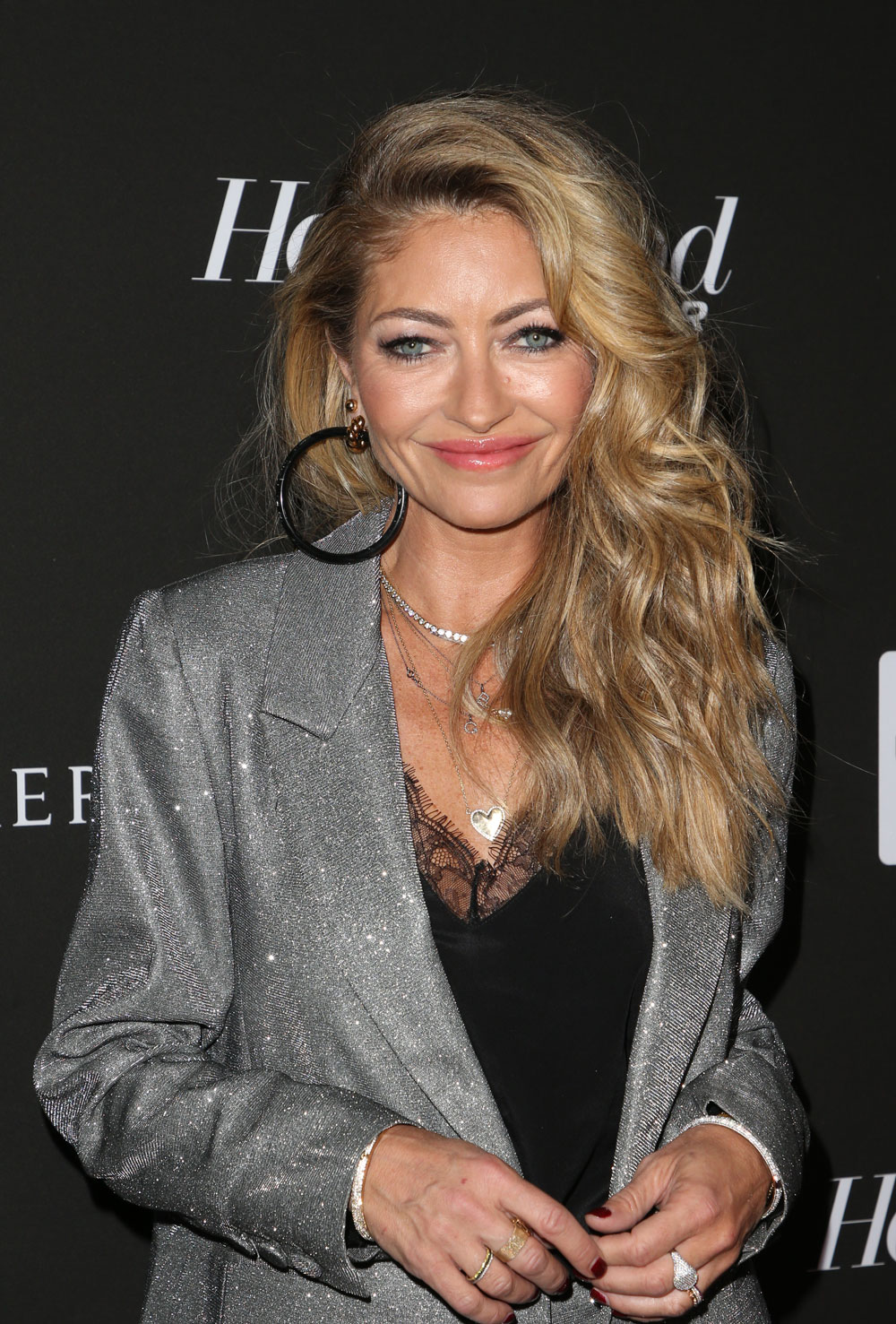 126 Responses to “Rebecca Gayheart: ‘I had a very terrible accident happen. A 9-year-old child died’”