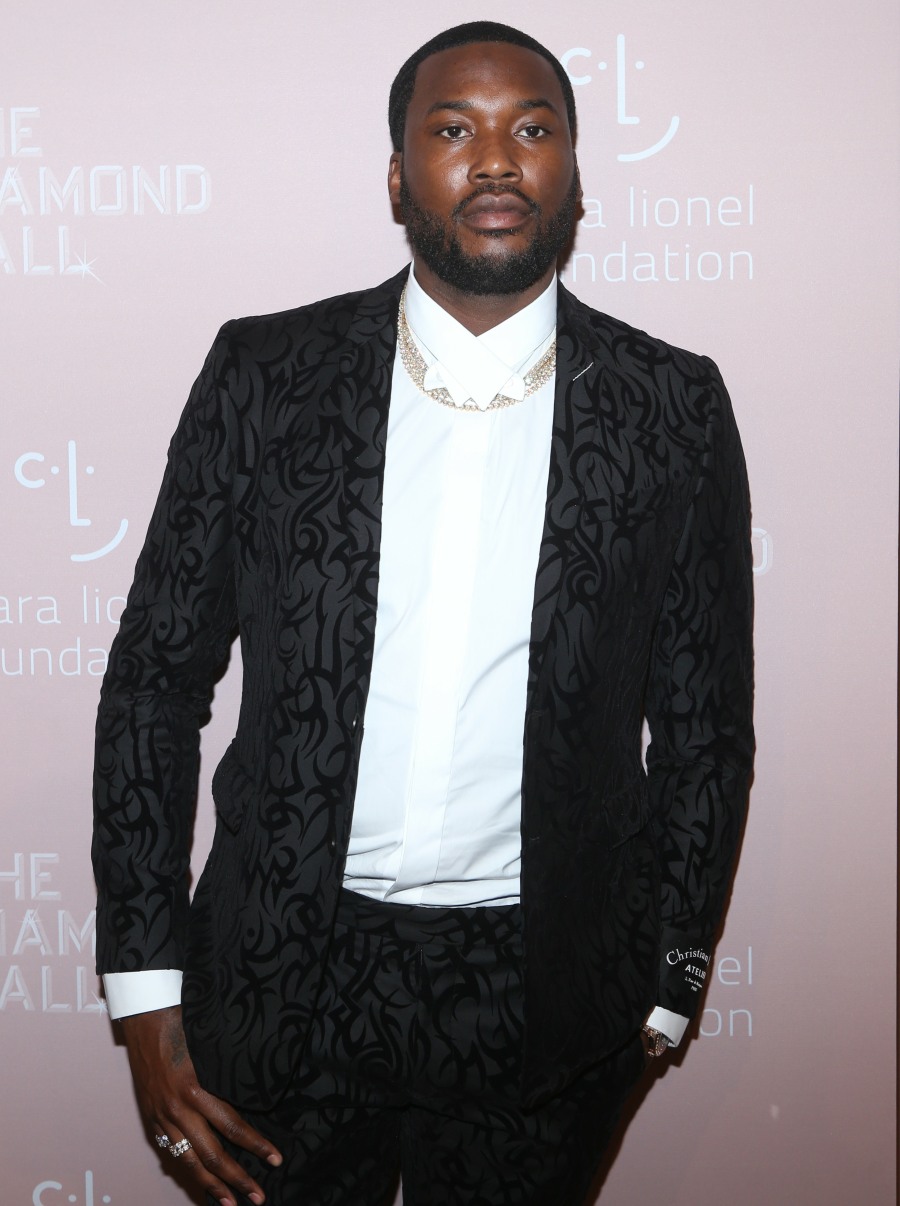 Many black musical artists have said that certain hotels around the country seem to treat them like sh-t out of racism, whether it’s the personal racism of certain security guards, or institutional racism of “we don’t allow ‘your kind’ in our establishment.” It’s 2019 and that sh-t is still happening. I remember it happened to Drake a few years ago too, and it happened to Meek Mill in Las Vegas over the Memorial Day weekend. He was in Vegas to see a friend’s show and he claims the Cosmopolitan Hotel wouldn’t let him in. Like, literally, they wouldn’t even let him enter the hotel to check in or go to the restaurant or anything?

Meek Mill is accusing the management of the Cosmopolitan Hotel and Casino in Las Vegas of racism after being denied entry into the resort. According to TMZ, the rapper and two members of his crew arrived at the hotel around 3:30 p.m. on Saturday to see DJ Mustard’s show but were stopped by security before they could enter. Mill (whose real name is Robert Rihmeek Williams) went on to detail the experience that followed on his social media and claimed that the hotel threatened to have him arrested for trespassing.

“If you come from our culture you should never step foot in the cosmopolitan hotel they just really racist as hell,” Mill, 32, tweeted. “Something really has to be done in Las Vegas what they doing to black people!” In another tweet, Mill wrote, “They telling black rappers they are banned from properties they own without incident … they just told me I was trespassing and I will be arrested I stepped in that hotel once at a jayz [sic] party without incident!”

“The cosmopolitan hotel …. and it’s a few other hotels that be doing this to black entertainers because they don’t want too many blacks on they property!” he continued in another tweet. “Vegas notorious for this too its not just me!!!!”

Regarding the incident, the Cosmopolitan tells PEOPLE in a statement, “At The Cosmopolitan of Las Vegas, the safety and security of our guests is our top priority. The recent situation regarding Meek Mill related to a matter of security, not race, and any reports citing otherwise are false. We pride ourselves on providing an inclusive environment, with zero tolerance for discrimination. Under different circumstances, Meek Mill would be welcomed to the resort, but not at the compromise of his personal safety and the safety of our guests.”

However, Meek Mill’s lawyer refutes that claim. “The assertion that the Cosmopolitan denied Meek because of capacity concerns at Marquee Dayclub is outright false,” Lawyer Joe Tacopina said in a statement to PEOPLE. In the recorded video, Meek also inquired about getting a meal at one of the hotel’s restaurants, yet their security team continued to deny Meek and said he would be arrested for trespassing regardless of location in the hotel premises. The Cosmopolitan’s conduct continues to be deplorable.”

I watched some of Meek’s videos (below) and it really did look like the hotel security’s story kept changing, and it keeps changing even now. I’m sure there will be some people who are like “no, this isn’t about race at all!” but honestly, this happens every single day in America. And every month, it feels like we get some new high-profile case of a BBQ Becky calling the cops on a black person who was minding their own business, or a coffee shop which called the cops on a black customer and on and on. I completely believe that the hotel freaked out when Meek Mill came in with his guys and claimed they were “trespassing” and would be “arrested.”

The cosmopolitan hotel …. and it’s a few other hotels that be doing this to black entertainers because they don’t want too many blacks on they property! Vegas notorious for this too its not just me!!!! pic.twitter.com/HPySp2nh8h