Demi Moore hasn’t worked out in 4 years, got one of those exercise mirrors 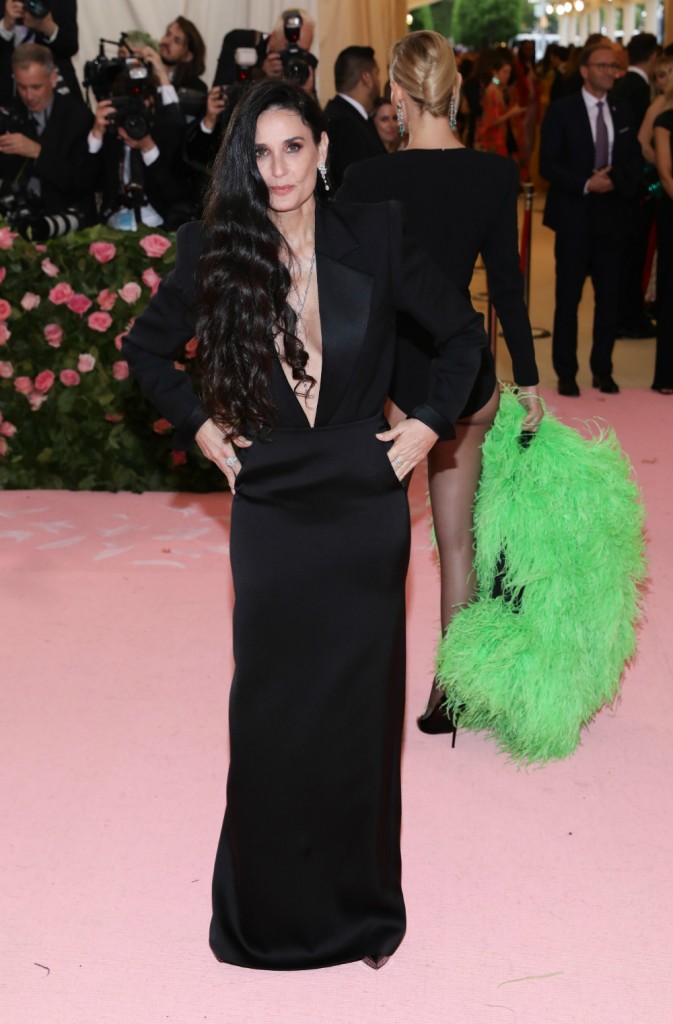 I’ve been a Demi fan since No Small Affair, but I truly fell for her in St. Elmo’s Fire. It was hard to watch her not taking care of herself a few years ago, but she seems well on her way to coming back, better than ever. At one point in her career, Demi was known for her incredible physique almost as much as being the world’s highest paid actress. When she was doing GI Jane, her intense workouts went viral, much like Brie Larson’s pulling a car to get in shape for Captain Marvel. Demi has recently opened up about not taking care of herself but says she’s been working on her mental state as well as her health. And now she’s returning to her physical health as well, admitting that after a four-year hiatus, she’s going to start working out again. To get her going, she bought a workout mirror, one of those mirrors that has a tiny little tyrant telling you to get moving every time you try to brush your teeth:

Ahhh I meant Tue😳🤦🏻‍♀️ My maiden voyage with @getthemirror 15 min at level 1 that’s doable after not working out for over 4 years right? I am stalling! Happy Tuesday that feels like Monday😘

Following that post, Demi posted a sped-up second video of her doing the workout routine and claiming the time “flew by!” She doesn’t specify that this is sponcon, but I suspect it’s some sort of partnership deal. I’m not that familiar with these mirrors and have never seen one live. You can turn them off and use them as just a regular ol’ mirror and, I assume, a coat rack, which is how I generally use my standing mirror. I need to shake up my workout routine because I’ve definitely plateaued. I like going to exercise classes but it’s hard to fit one into my current schedule, so this might be a good option. But as CB pointed out to me, you can get the same thing on YouTube for free. Maybe not totally the same but same idea, at least. Also, with my luck, I’d forget to turn the exercise option off and drop from a heart attack when my mirror started barking about lunges in the middle of the night.

But this isn’t about me, of course. It’s about Demi who has plenty of money for task-master mirrors, not to mention the space to do the actual exercise. If you look at Demi’s hashtags, you’ll see references to Inside Out. That’s the title of her memoir that comes out in September. The description says it’s a, “deeply candid and reflective memoir.” Apparently, she goes into detail about childhood troubles, her addictions and other issues in her adulthood. She also writes about her marriages to Freddy Moore, Bruce Willis and Ashton Kutcher. You can pre-order her book now.

34 Responses to “Demi Moore hasn’t worked out in 4 years, got one of those exercise mirrors”