Chris Pine on ‘MAGA’: ‘What period of history are we talking about? Jim Crow, slavery?’ 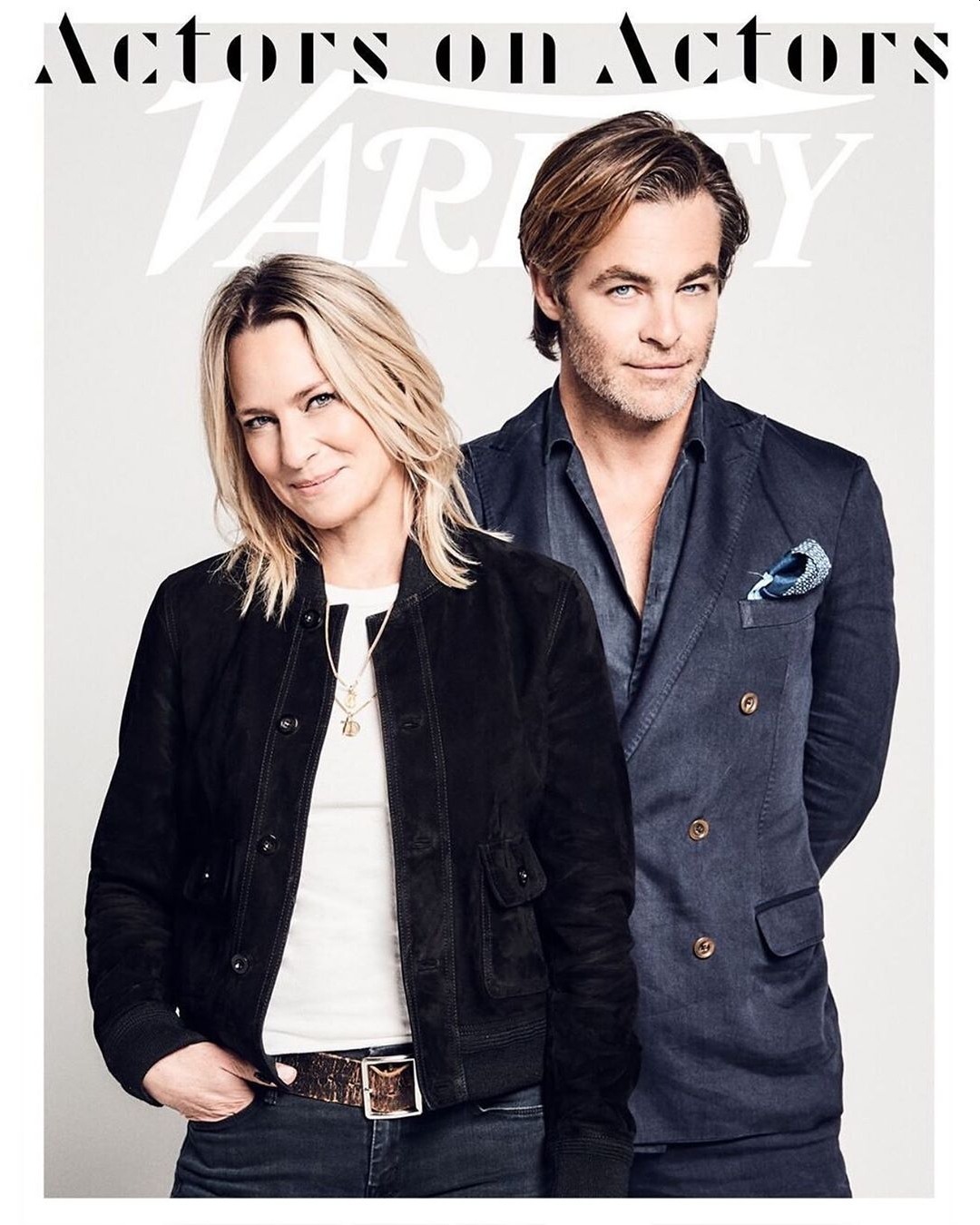 Variety is doing their Actors on Actors series ahead of the Emmy nominations announcement on July 16th (the voting on the nominations is happening now). While the roundtable conversations are more difficult to cover because everyone is talking over each other, I tend to find these actor-on-actor series kind of disappointing too, especially depending on the pairing. But I found this pairing to be rather interesting: Chris Pine (the best Chris) and Robin Wright. They worked together in Wonder Woman, and Robin is shilling for House of Cards and Chris is shilling for I Am the Night. Many people – myself included – believe Pine is the Best Chris because he’s the wokest. He’s the one working with female directors and weeping at songs about the Civil Rights movement. He’s the one who can actually sit down with a woman over the age of 50 and really have a conversation with her about female leadership and the current state of politics. It’s good! You can see the full video here. Some highlights:

Chris on MAGA: “I always think this idea of like “Make America Great Again” — Also, what period of history are we talking about? Jim Crow, slavery? I’m not quite sure what. This is not to hate on the country in which I live, which I love dearly, but we’ve had problems forever and ever.

Chris on the new Wonder Woman movie: “Those questions, we’re going to have to go through — what contracts have I signed?… I found this time, the tables had turned on me as a man, in terms of how I interacted and played on the screen. I loved, as the character, my woman. My partner. She’s my partner. So that came to define this man. What a wonderful thing, as a character, to be in love. As a man on screen in a big film, it was interesting because my ego comes out: “Well, I want the big f–king fight. Let me climb something.” And Patty’s like, “ No, not about you.” She said “not about you” more times making this film.

Chris on Robin’s performance in House of Cards: “Just Claire’s shoe collection alone probably should be in the Guggenheim. When you took your shoes off in one scene, I was thinking, “It’s like taking off a piece of her armor.”

His comments about “MAGA” have been making the rounds on political outlets for some reason, even though we already know all about what he’s discussing. “Making America Great AGAIN” is a dog-whistle to white folks who believe that America was not “great” under Barack Obama’s leadership. Great = White. MAGA = We need to get white dudes in the White House again. It really is that simple. But yes, all of the MAGA types would love to go back to Jim Crow laws and slavery too. For real.

87 Responses to “Chris Pine on ‘MAGA’: ‘What period of history are we talking about? Jim Crow, slavery?’”