Chris Pratt & Katherine Schwarzenegger are planning to get preg right away

Catch a glimpse of the custom #GiorgioArmaniPrivé wedding gowns and #GiorgioArmani made to measure suit designed for Chris Pratt and Katherine Schwarzenegger’s wedding in California. Scroll through the gallery to see the sketches designed by Mr Armani for the bridal party including @christinaschwarzenegger’s maid of honour gown. #ArmaniStars @katherineschwarzenegger @prattprattpratt

The house of Armani released some new photos from Chris Pratt and Katherine Schwarzenegger’s Montecito wedding – you can see the photos above, including a new look at the train of her wedding gown, and her reception look with some off-the-shoulder cap sleeves. I really like her reception look, and the wedding gown… well, it is what it is. She looked pretty and it wasn’t scandalous or bad or anything. I think it’s cool that they gave some of their exclusive wedding photos to a design house to publish for the first time – it seems off-brand for Pratt, but it’s a subtle, classy choice.

Meanwhile, did you know these two churchy, family-oriented types are prioritizing adding to their family right away? Get out of town, no one expected that!

Chris Pratt and Katherine Schwarzenegger are already looking to the future! A source tells PEOPLE in this week’s issue that the newlyweds, who tied the knot in an intimate ceremony on Saturday, are ready to add a baby to the picture. Pratt, 39, shares 6-year-old son Jack with ex-wife Anna Faris, and Schwarzenegger, 29, has often been seen bonding with the little guy.

“She can’t believe how much her life has changed since meeting Chris,” the source says of Schwarzenegger. “He was very clear with his intentions from the start, and she has never felt so loved and safe. They both feel so blessed to have found each other, and they can’t wait to expand their family as soon as possible.”

Earlier this year, a source told PEOPLE the couple made a point of including Jack into their outings as they got to know each other.

“Instead of mostly enjoying solo, romantic dates, Chris’ son from early on was a very big part of their dating life,” said the source. Schwarzenegger enjoyed the time she spent with father and son, added the insider.

“Katherine never minded that her dates with Chris many times involved a kid activity, like a matinee movie, or going to Disneyland,” said the source. “Katherine is like a big kid and loves doing activities with Jack. She loves that Chris is a dad.”

Say what you will about Chris Pratt – and I generally do not care for him that much, just FYI – but he’s a great father. He’s always seemed so present and hands-on for Jack, and Jack is the most important person in his world. I tend to think that Pratt was just the kind of guy who likes to be married, and likes to be committed to someone and to have a solid family life, and I think he went out looking for a “nice girl” who would be a great stepmother to Jack. And I think Katherine was that nice woman. And yes, she’s totally getting pregnant on the honeymoon. I’ve been calling that since last year. 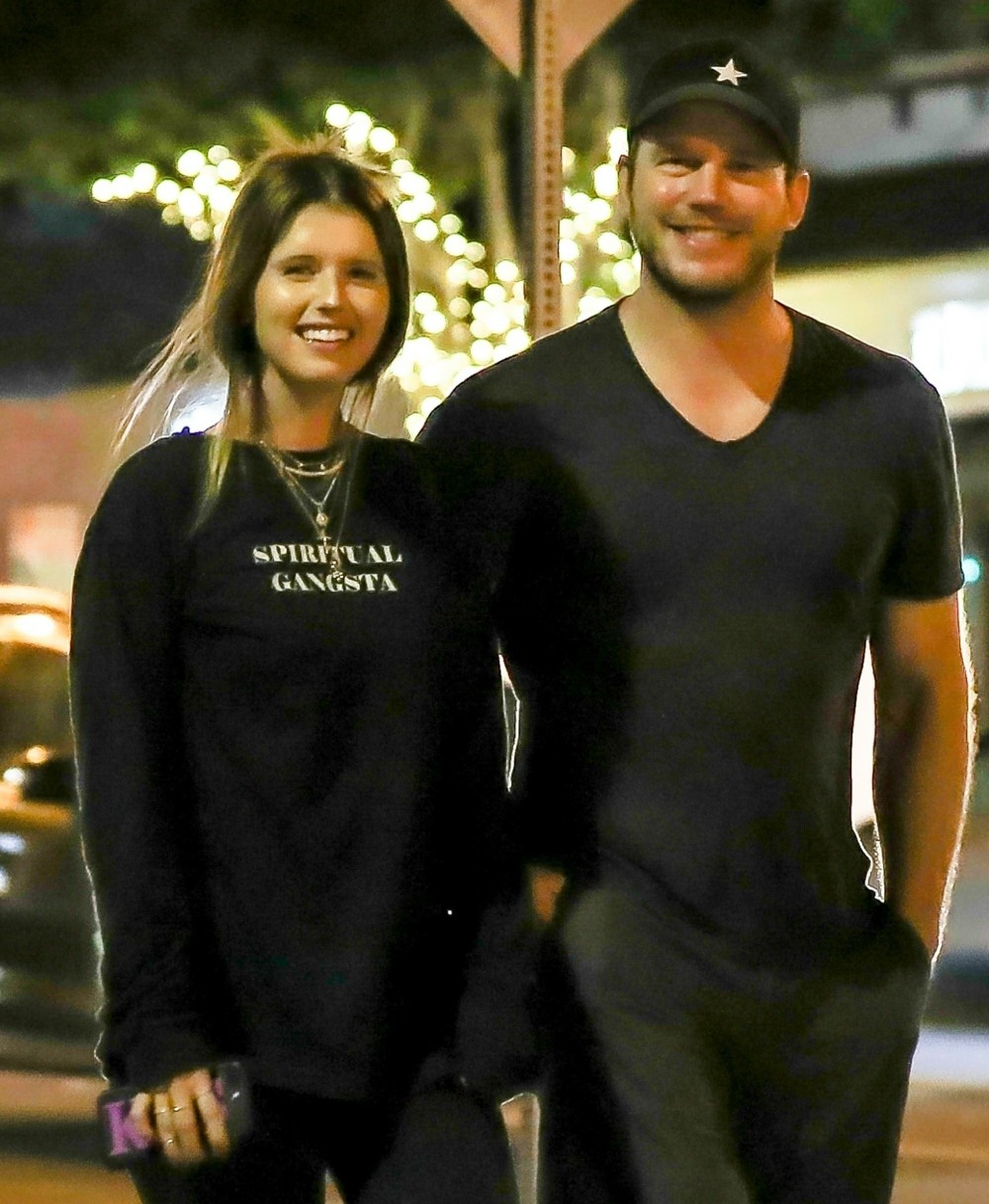