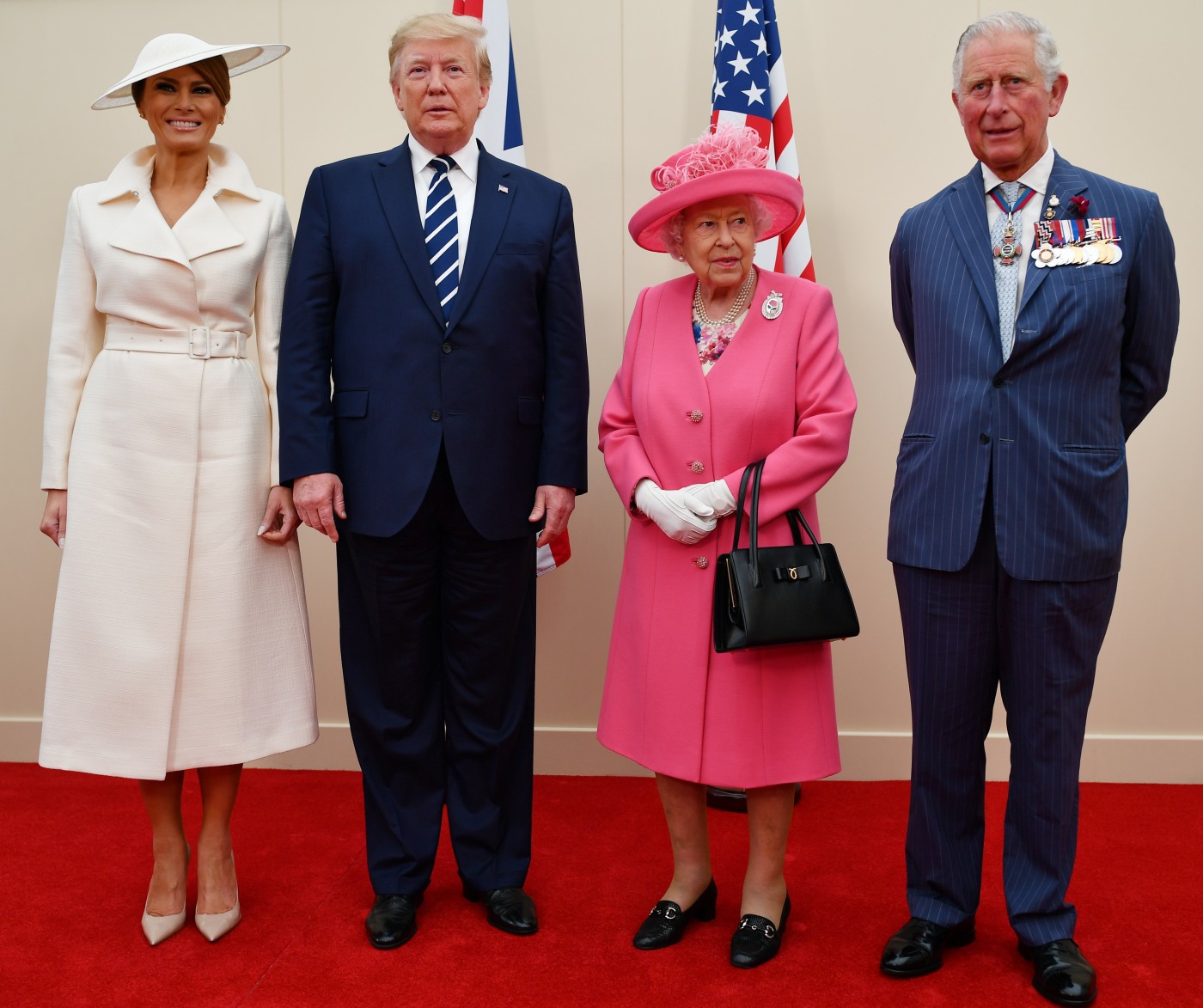 I wondered if I would get another chance to use more of these photos from Donald Trump’s state visit to the UK, and here we are. Much as I try to ignore Agent Orange, he keeps oranging. This morning, he went on another tweet-spree and there were like a million terrible things in the tweets, mostly about the reaction to Trump saying that he would love to take any and all beautiful opposition research from foreign adversaries. This is the tweet which got the most attention: 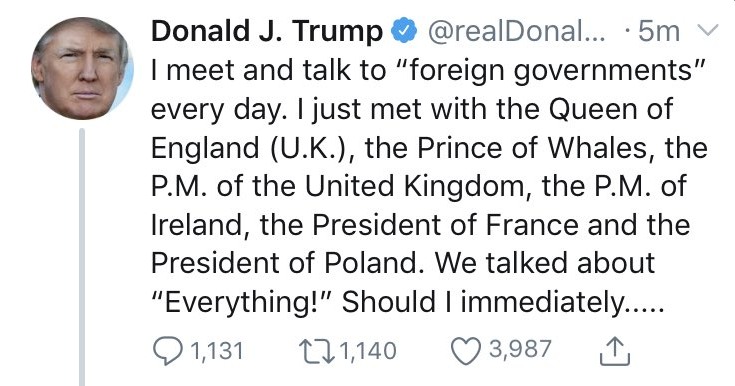 Yes, “Prince of Whales.” Insert WHALE EMOJI. Trump left that tweet up for like 30 minutes before someone corrected it to Prince of Wales. Also: “Queen of England (UK)” is pretty hilarious too. I mean, when I was a little girl first learning how to spell, I thought it was “Prince of Whales” too. When I was 6. Homophones give people trouble. But this is the President of the United States, just back from a state visit to the UK. He truly thought Prince Charles’ title was Prince of Whales. Does that make William the Prince of Porpoises? Kate can be Duchess of Dolphins.

Anyway, the point Trump was making in his tweetstorm was that he “talks” to foreign governments all the time and he’s not going to call the FBI every time. Which wasn’t the question posed to him in the ABC News interview – he was asked if he would accept information about his political rivals from foreign governments and he said sure, he would love to take it. Prince Charles isn’t handing him a dossier on Beto, for the love of God. 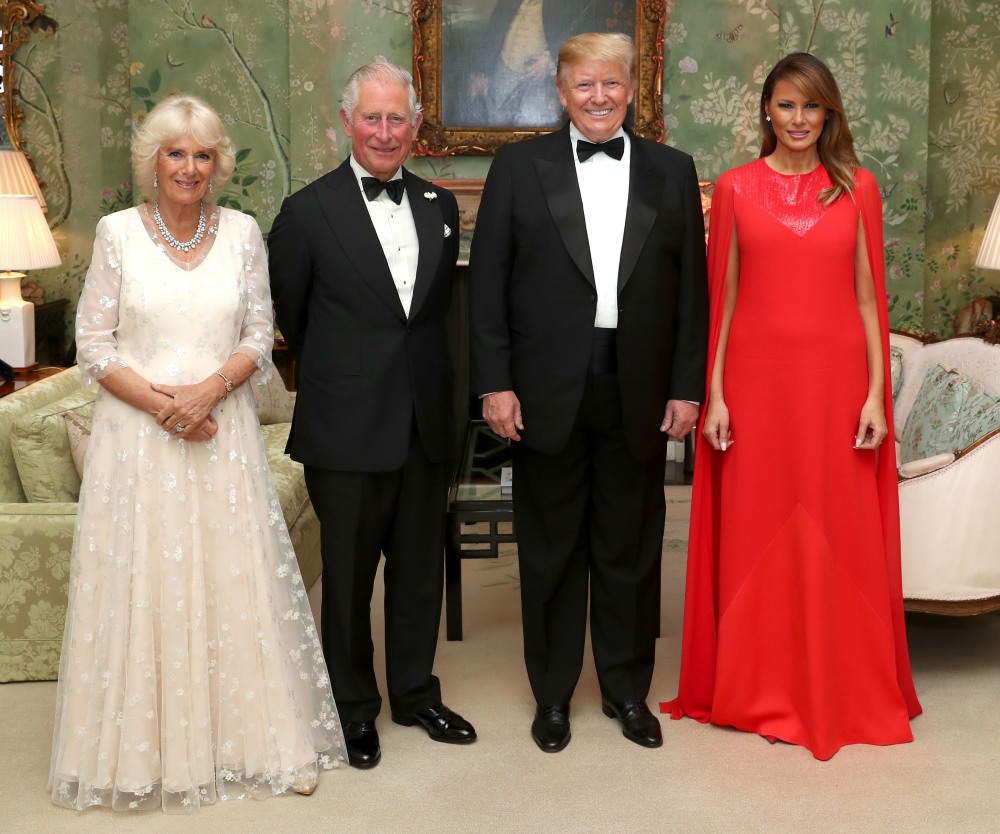 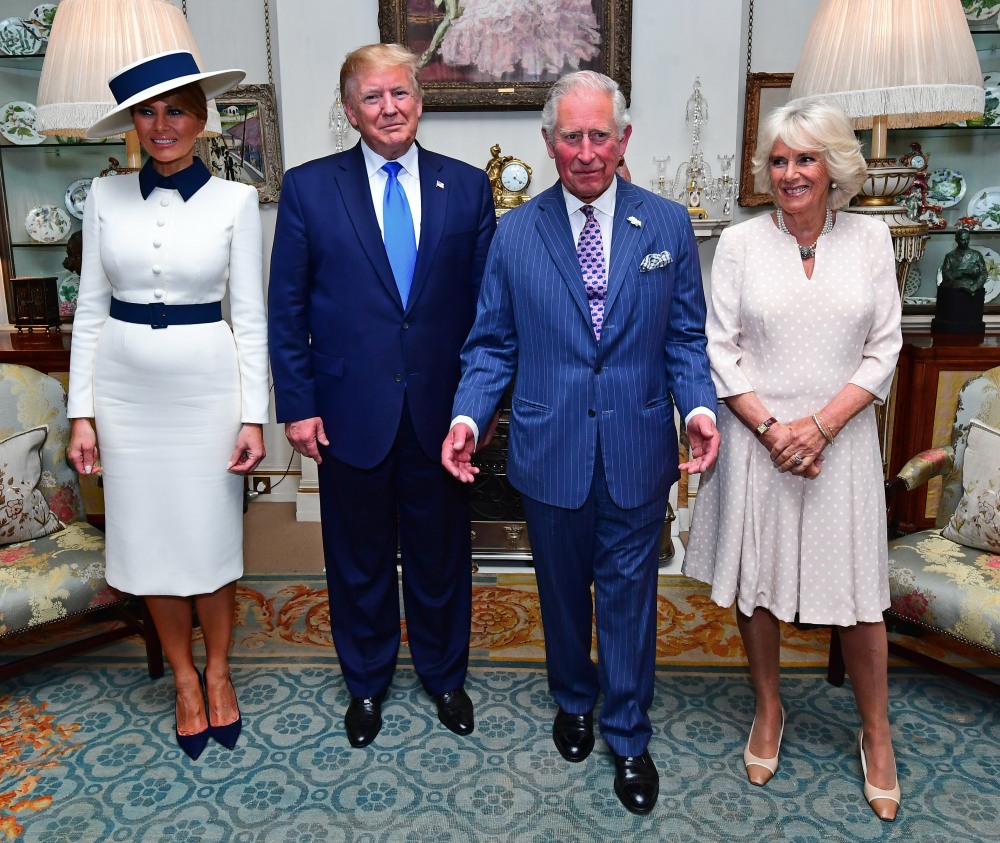 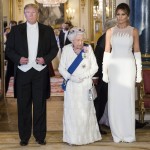