Tessa Thompson in Thom Browne for the MTV Movie Awards: cute or nah? 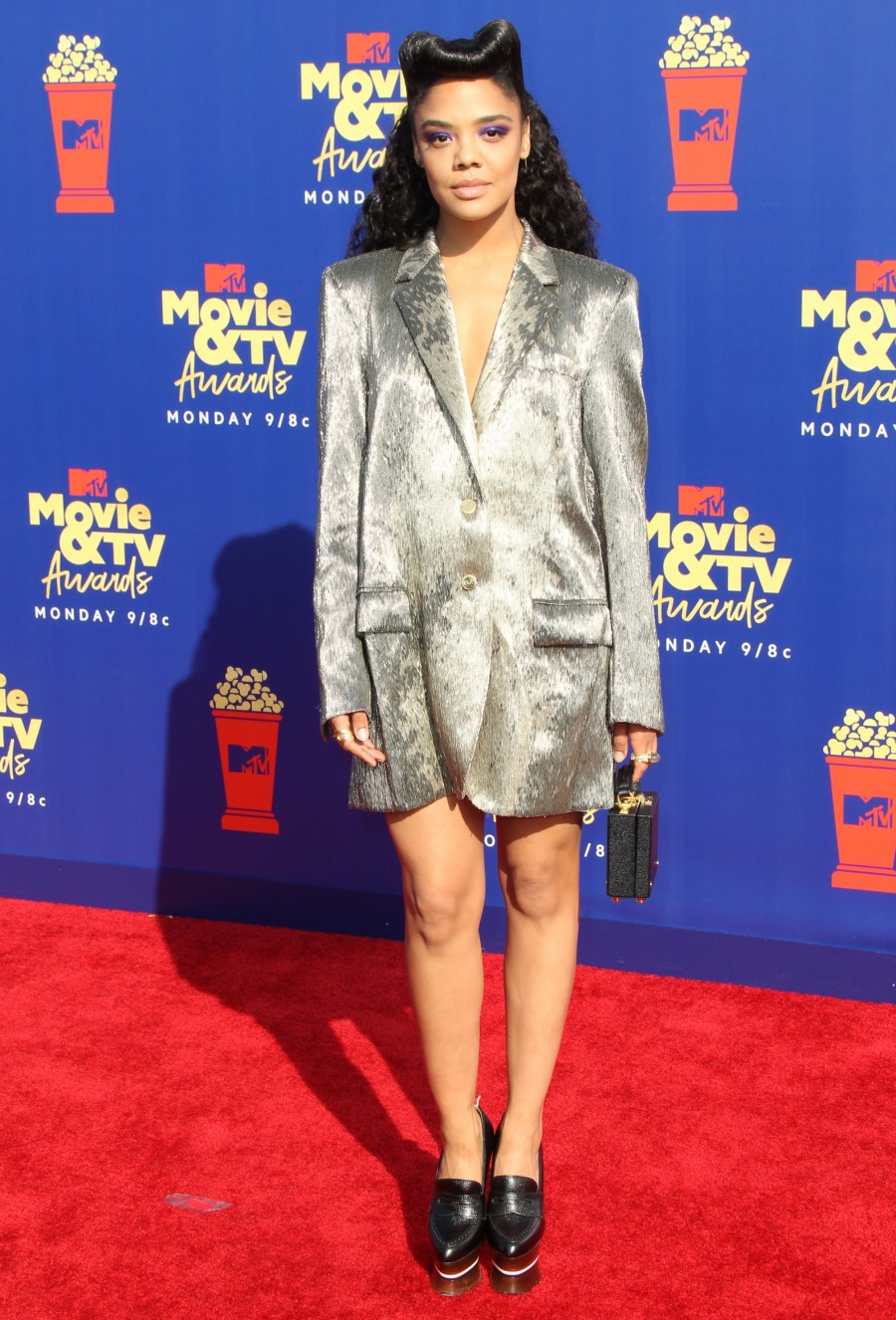 The MTV Movie & TV Awards don’t air until tonight, on MTV, but they’ve already happened. They happened on Saturday in LA, they were taped and now an edited version of the show will air tonight. I guess it sort of makes sense – the whole “MTV Movie Awards” thing has faded in popularity and hype so much over the past five years, it basically exists now as a way for a handful of actual celebrities to promote their sh-t and then the rest of the show is just full of sad reality stars and utter randos. Barely anyone turns up for this show anymore, that’s what I’m saying. So let’s talk about the few celebrities who did come out.

Tessa Thompson wore this Thom Browne look, which just seems like an oversized blazer being worn as a dress. I like that Tessa has been having so much fun with her Men In Black promotional tour and she hasn’t been wearing obvious, “pretty” looks. She’s dressing how she likes and I appreciate that. That being said, this blazer is stupid. I love her hair-sculpture though. 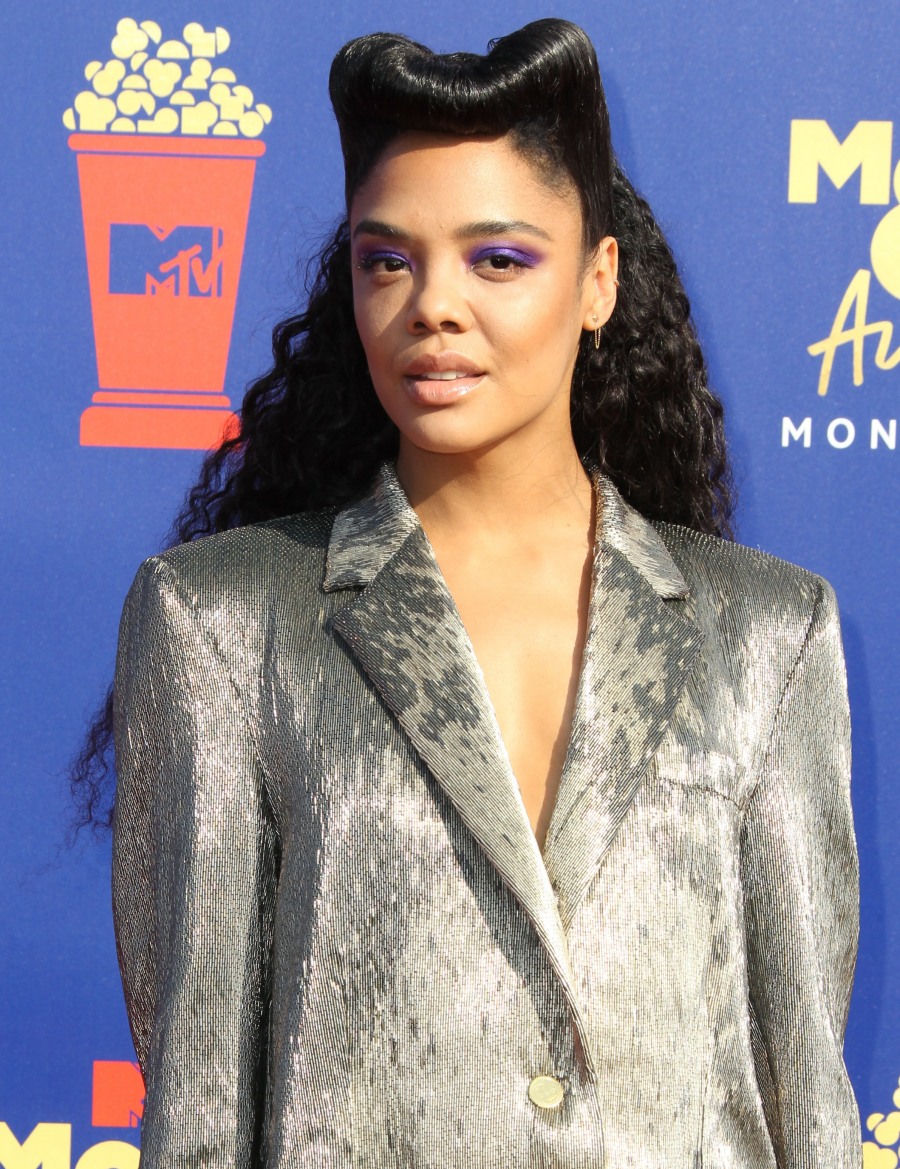 Elisabeth Moss of House Targaryen wore this dragon-y Balmain look. I don’t hate it, even though I bet it was uncomfortable to sit in that for several hours. 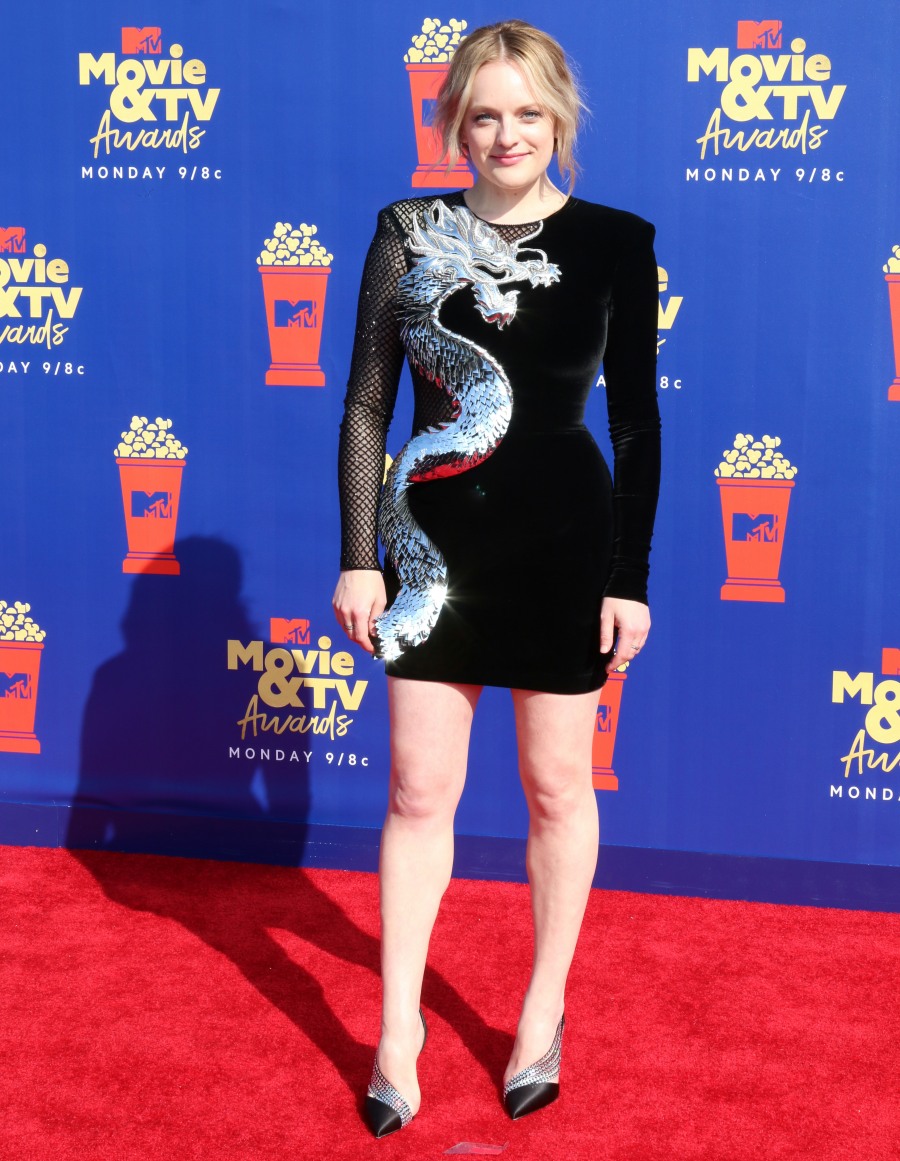 Jameela Jamil in Balmain. I feel like this was way too heavy for a June awards show. It would have been a cuter look at a November event. The shoes were a bad choice with this dress, and is Jameela dating the singer James Blake? It appears so. 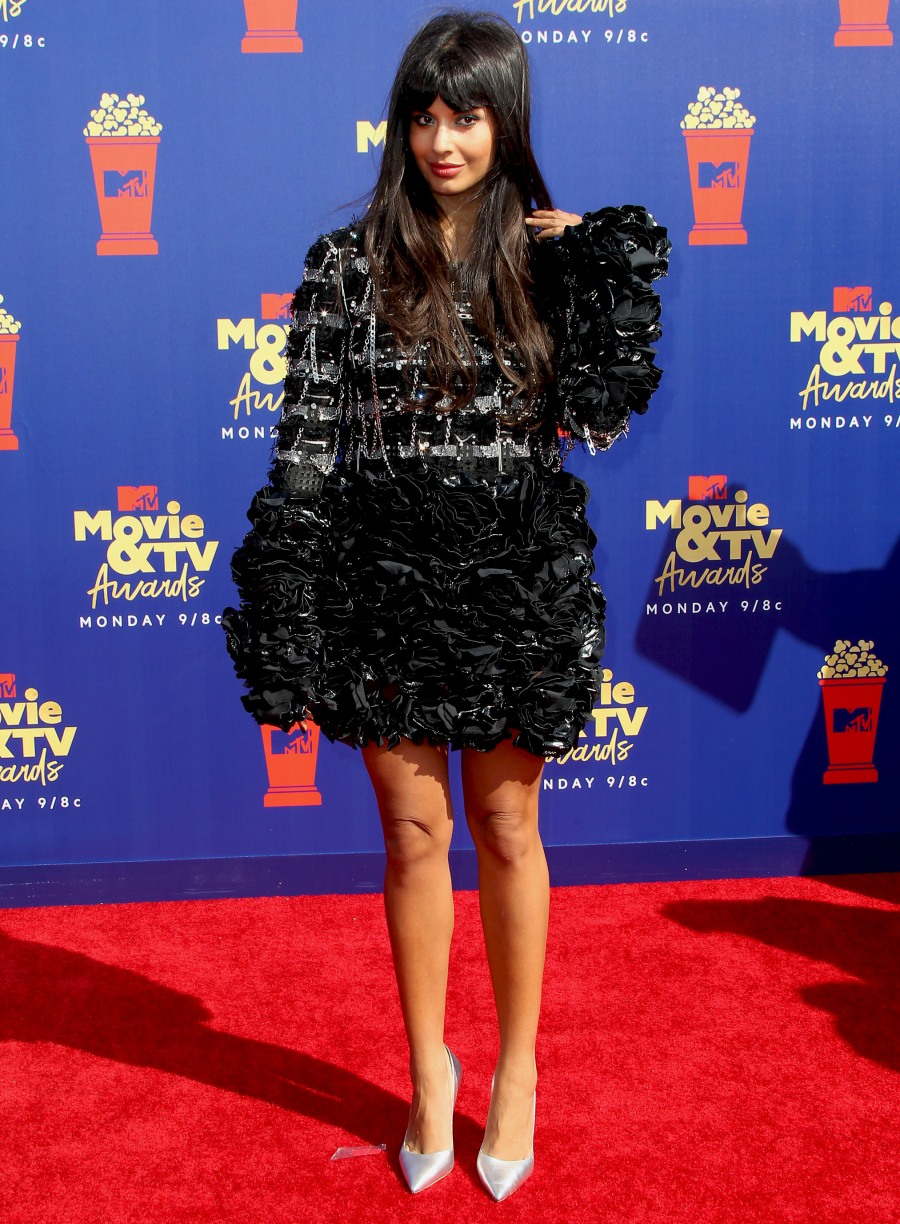 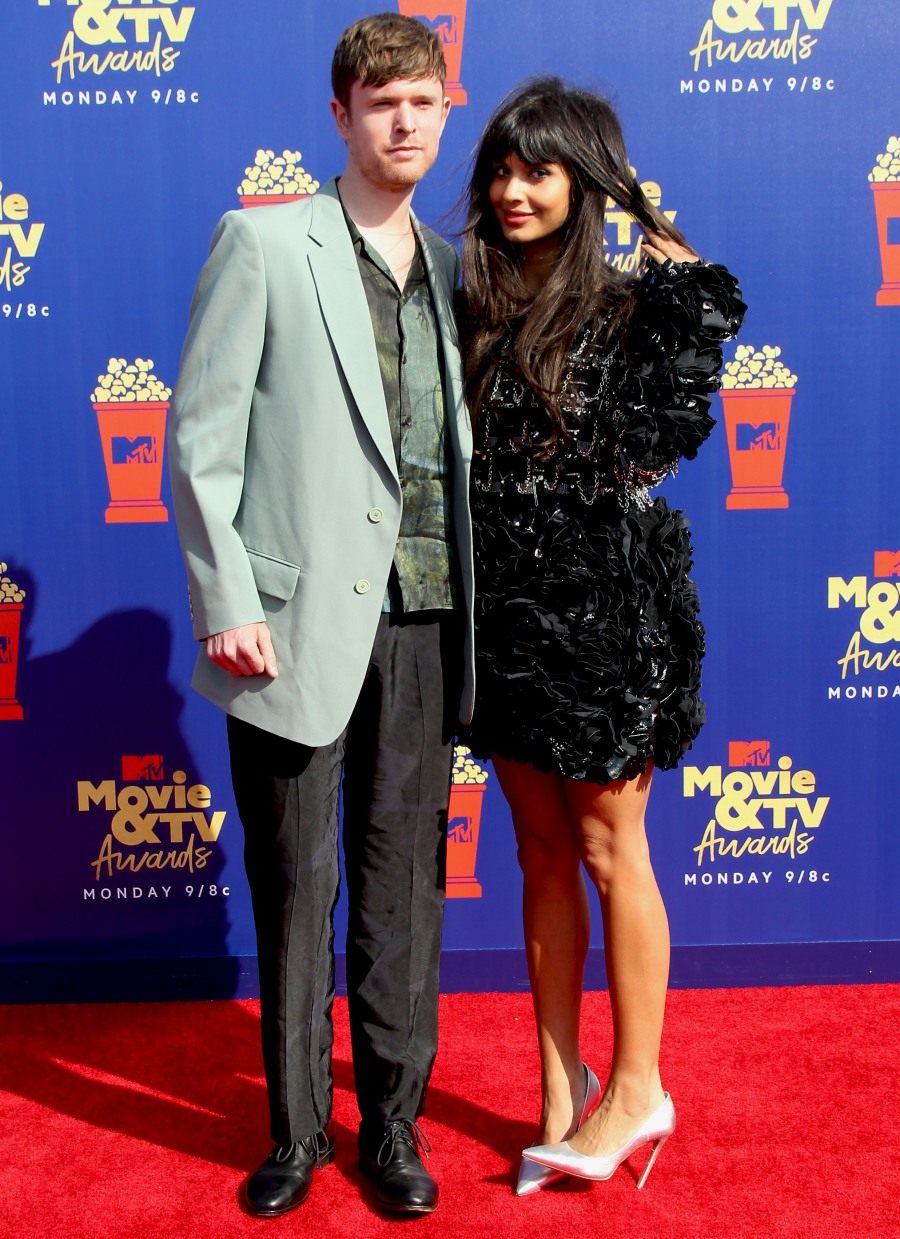 Jada Pinkett Smith in a silver suit. The suit itself is nice, but man, Jada has messed with her face. Plus, the sunlight on the carpet was harsh AF. 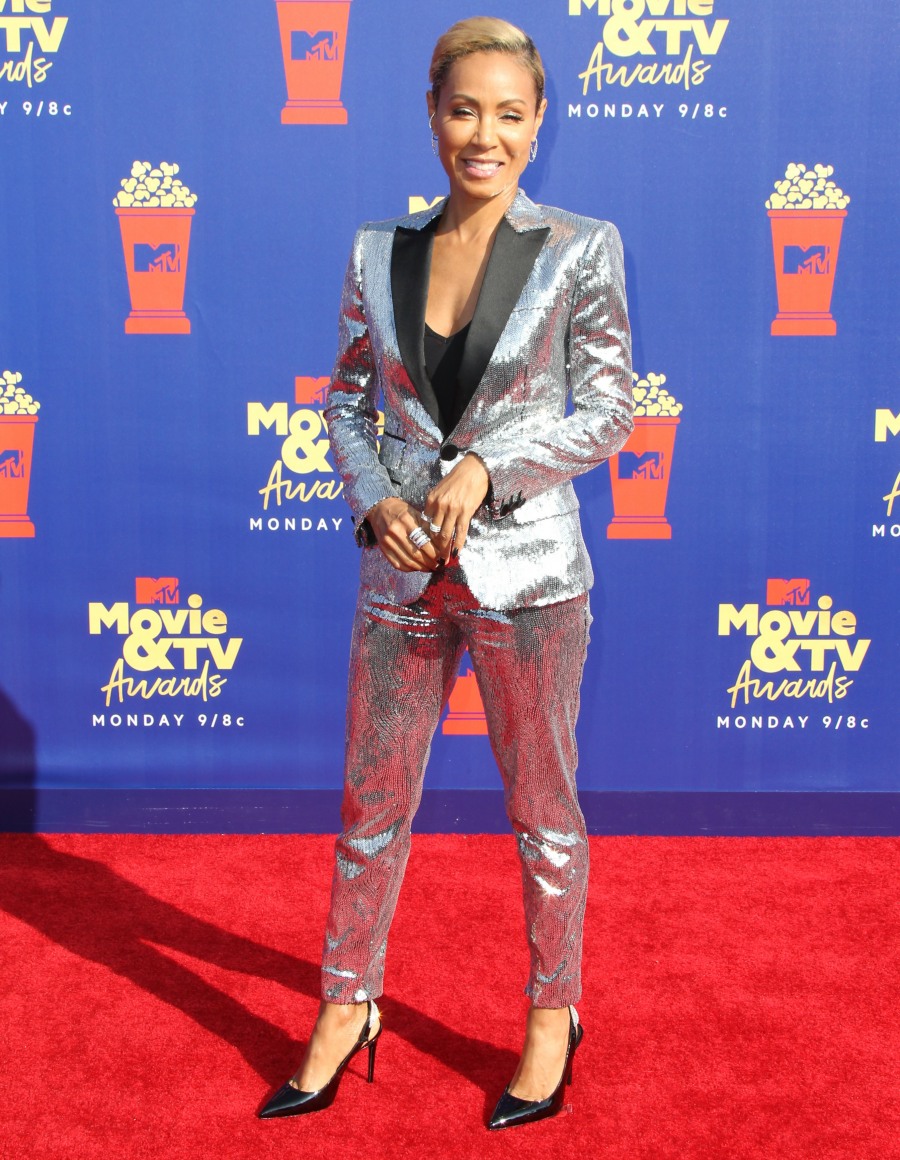 Mischa Barton has been through some sh-t and she’s come out of it looking like a sparkly goth princess and I don’t hate that. No, this isn’t really goth but this was probably the dress which made her feel the most comfortable, and it’s fine. Again, a bit too heavy for a June awards show but it’s fine. I hope she’s doing better these days. 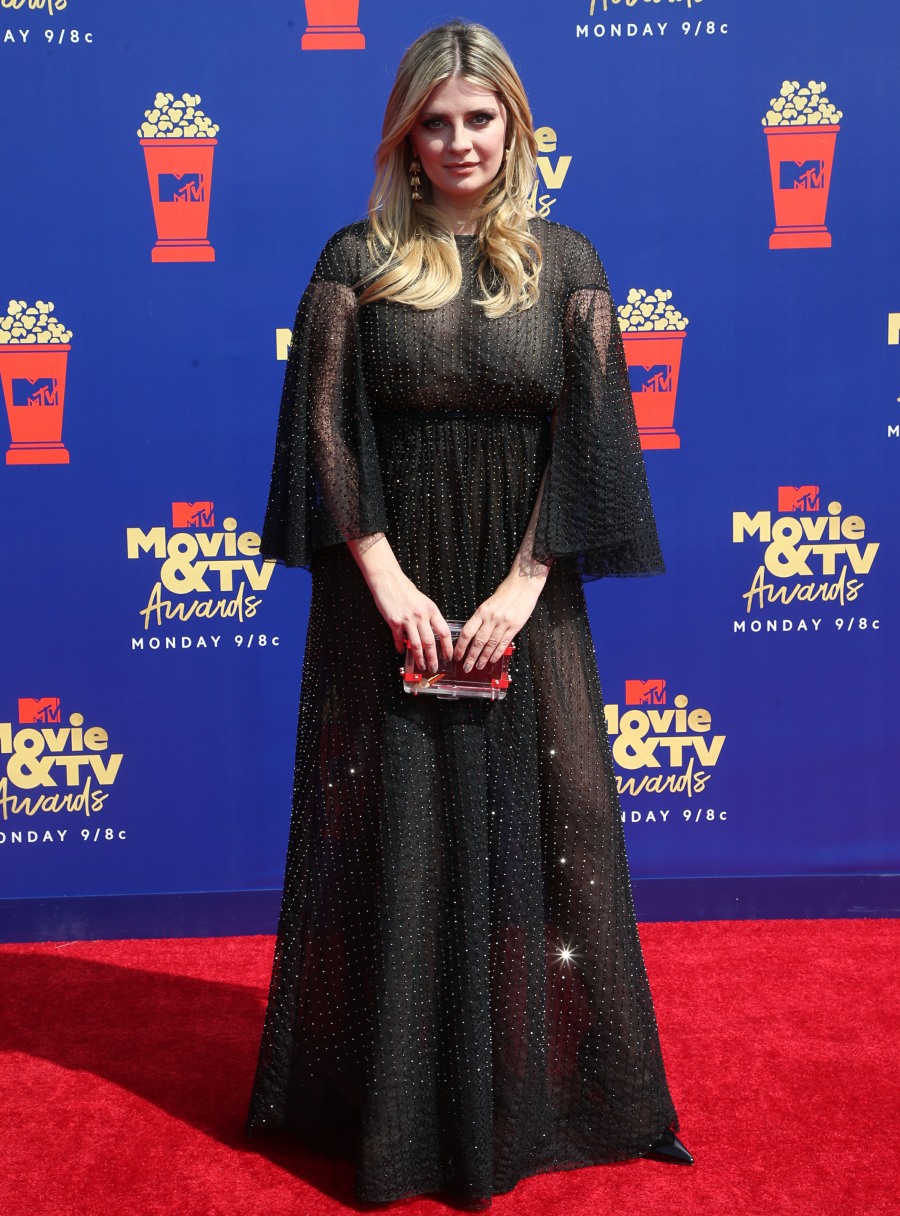 13 Responses to “Tessa Thompson in Thom Browne for the MTV Movie Awards: cute or nah?”