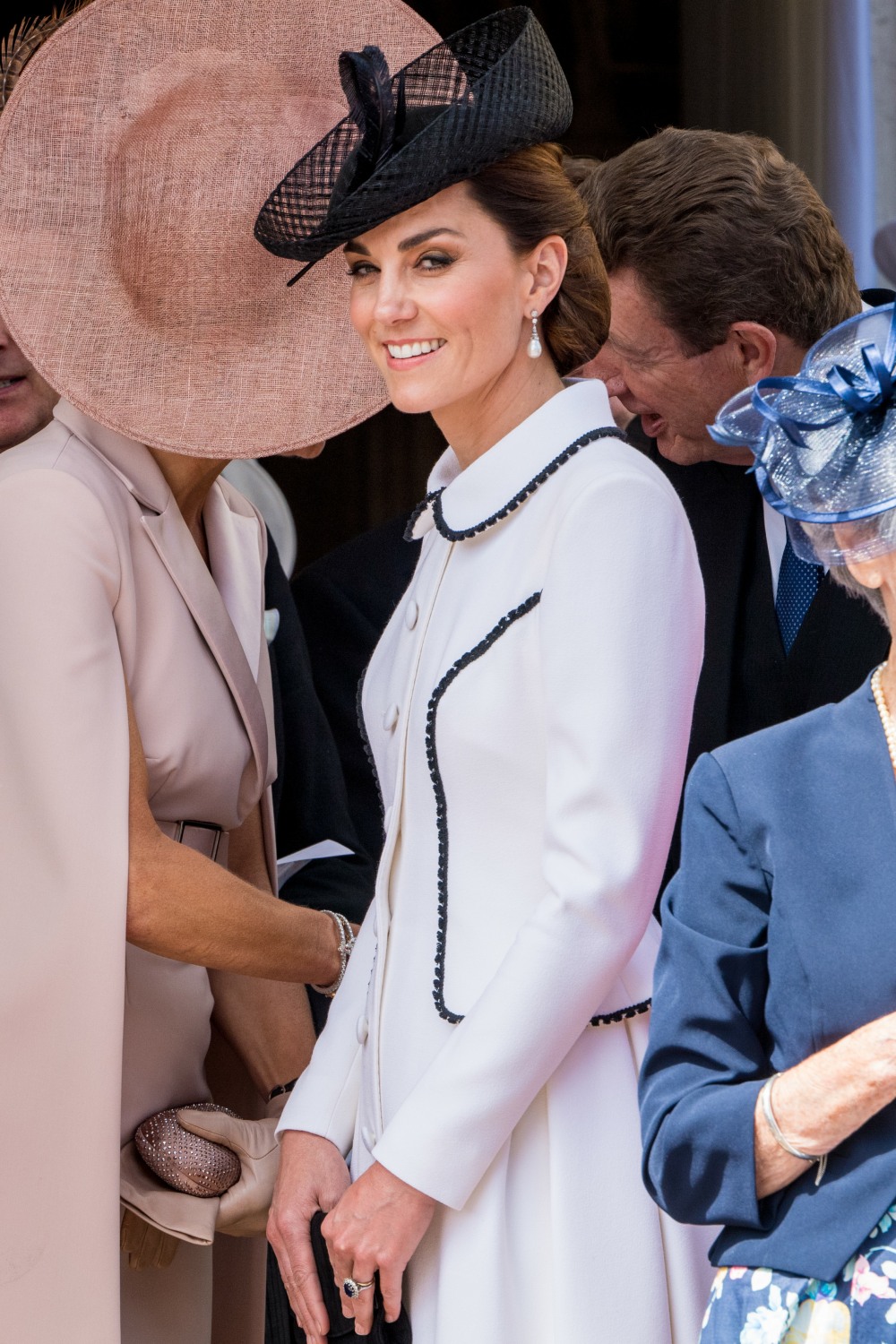 On Monday, the Duke and Duchess of Cambridge attended the Order of the Garter ceremony at Windsor Castle. William is a Knight of the Garter, and Kate was there to support him. Apparently, they did get to the activities a bit late, and some reporters wondered why. This might be a reason: as their motorcade made its way to Windsor Castle, one of the policemen on motorbikes HIT an elderly woman. She’s been in the hospital ever since.

A widow of 83 was serious but stable in hospital on Tuesday after she was knocked down by a police motorbike escorting William and Kate. Witnesses said the bike was on the wrong side of the road clearing traffic when it hit Irene Mayor in East Sheen, West London. William and Kate have sent flowers to the elderly widow — and hope to visit her in hospital to apologise.

Irene Mayor, 83, was thrown into the air by the impact and landed awkwardly. She was taken to hospital by air ambulance and was on Tuesday night serious but stable with a broken pelvis and other injuries. The bike that hit Irene was a police outrider clearing traffic in front of the couple’s motorcade as it headed to Windsor for a Knights of the Garter ceremony.

A witness said: “His bike hit her and she spun round, off her feet and fell badly on the floor. The officer was devastated. But he was going on the wrong side of the road. It could have been so much worse.”

It is understood the Duke and Duchess of Cambridge were also “devastated” when told of the crash. They did not learn of it until after arriving at Windsor. They sent flowers to Mrs Mayor on Tuesday with a handwritten note expressing their sorrow. They have told her daughter Fiona they would like to visit her if she feels up to it. Fiona, who lives with her mum 300 yards from the accident scene in East Sheen, West London, said: “She’s got lots of injuries. They are just keeping her stable at the moment.”

A member of Kate and William’s staff visited Fiona on Tuesday.

This is not William and Kate’s fault. They can’t control which policemen are doing what maneuvers on the road, just like they can’t control whether or not elderly people accidentally walk into the road at the exact same time. I just would like to point out that if this complete accident had happened with a Sussex motorcade, the headlines would be so much different though.

As for the Cambridges’ lateness and how they skipped out on the Order of the Garter luncheon, Rebecca English was being very cryptic for no real reason – she tweeted that the accident was NOT the reason why Will and Kate were late, and it’s also not the reason why they skipped out on some of the Garter stuff. They had a “private” event or meeting Monday and they got the Queen’s approval to skip some of the Garter stuff, so English says. But she won’t say what it was. Hm.

And finally, since I’m repeating these Order of the Garter photos, did you see Camilla ordering Kate to turn around as the Knights came down the street? Camilla was bossing everybody! 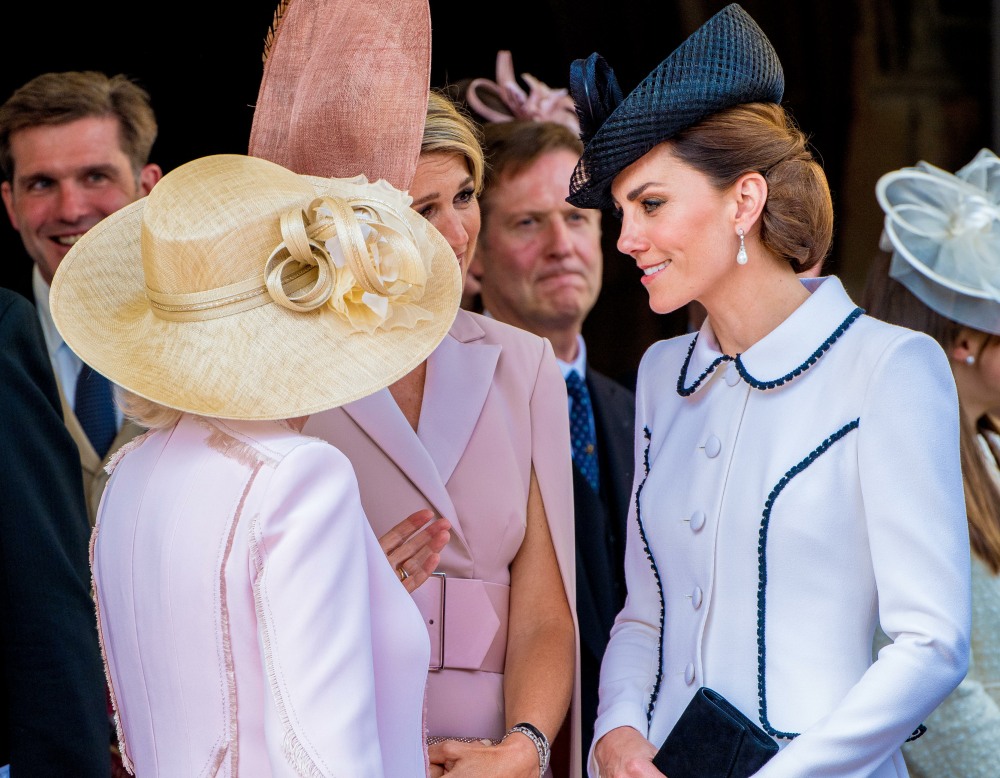 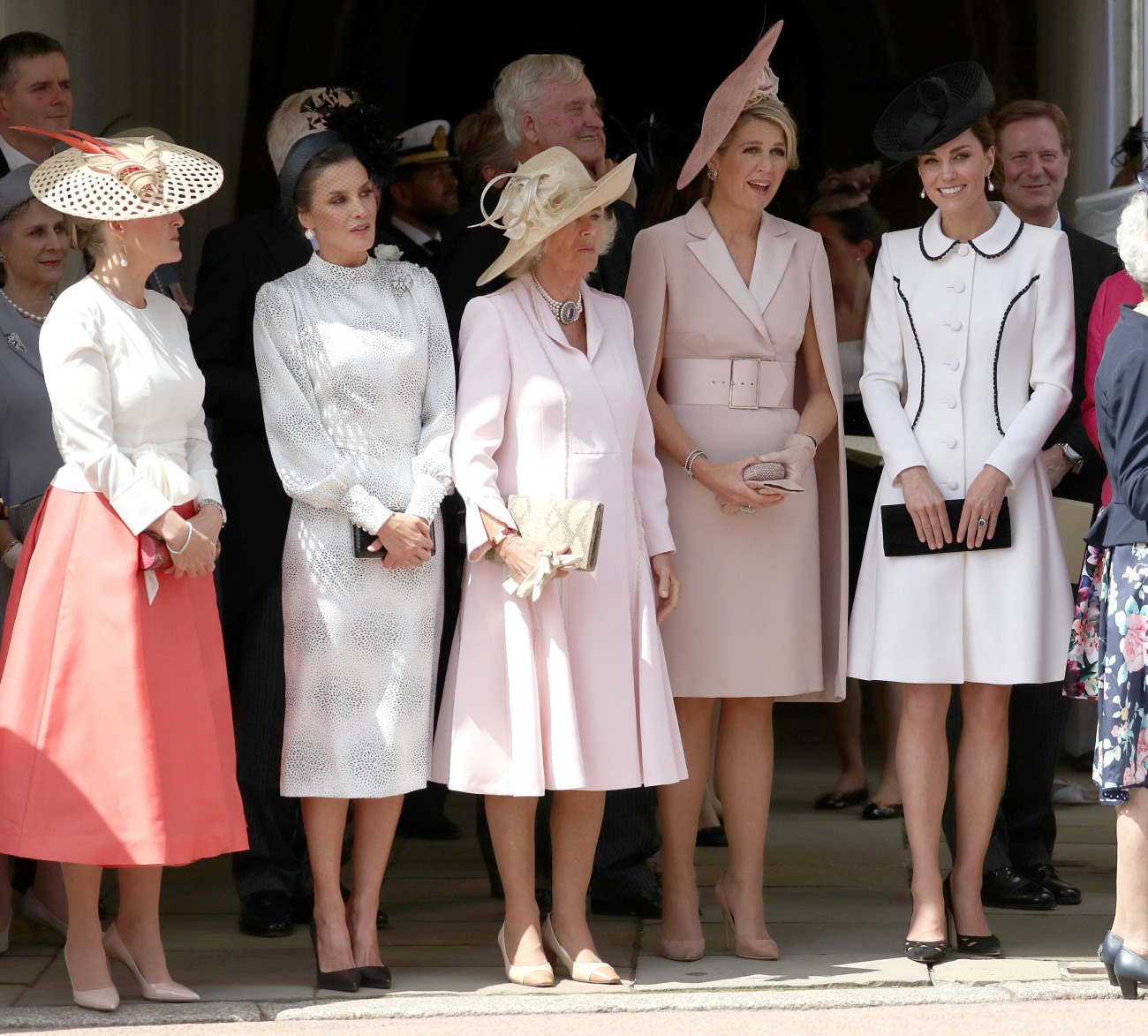