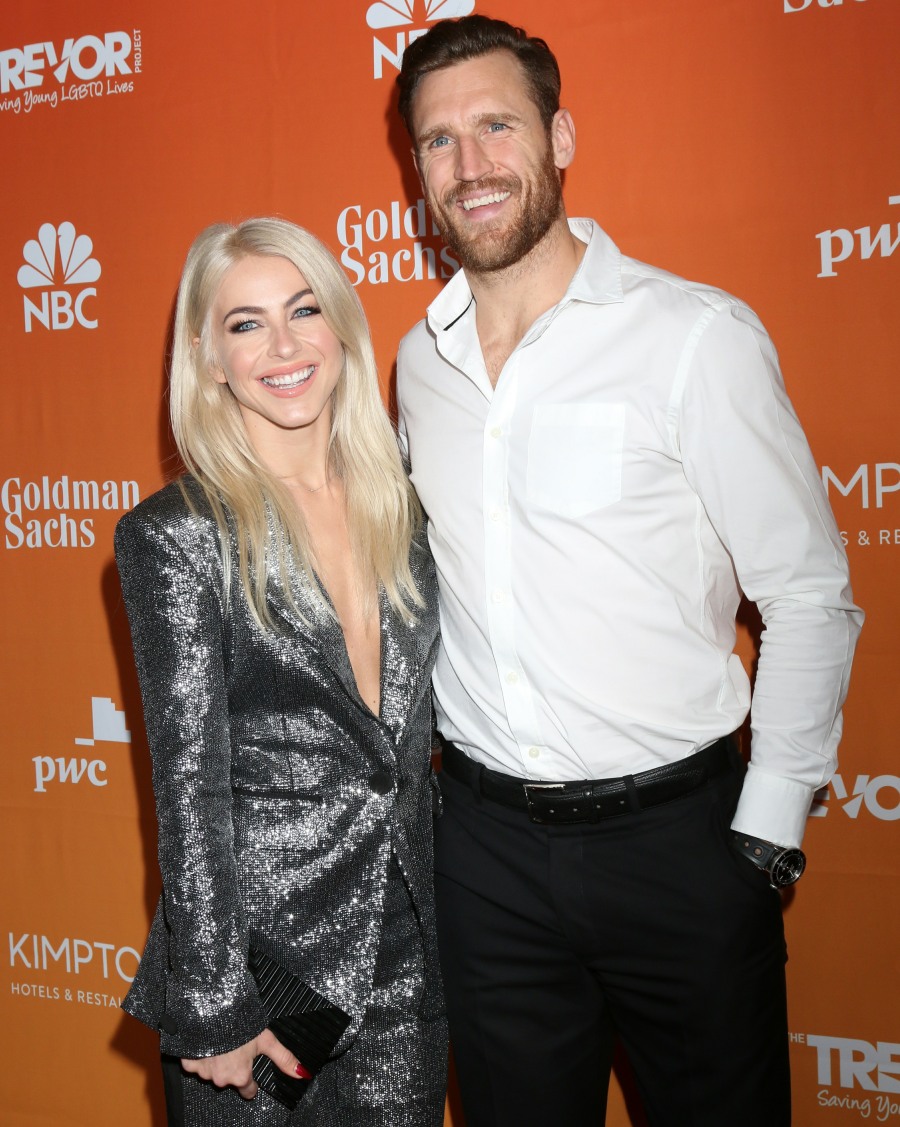 Just know that I wasn’t going to cover this if it was just idle speculation about the state of Julianne Hough’s womb. I only decided to cover it because these are real quotes from Julianne’s husband Brooks Laich, about how they’re going through IVF to conceive their first child. Julianne and Brooks got married in the summer of 2017 after a few years of dating and living together. Julianne is young too – she’s only 30 years old right now. She probably thought she would have an easy time getting pregnant naturally given her age, or maybe she was expecting some difficulties because of her long-standing struggles with endometriosis. Whatever it was, Brooks says that they’re now doing IVF and he wants people to know about it and talk about it.

Ready to start a family! Julianne Hough and her husband, Brooks Laich, have plans to conceive their first child with the help of in vitro fertilization.

“My wife and I want to have children in our future, and going through IVF was a decision we made to increase the [odds] of that happening,” the professional hockey player, 35, told Us Weekly exclusively in the new issue. “I wish people would perceive it [that way instead of with] shame or guilt.”

The athlete is hoping to shift that mindset with his podcast, iHeartRadio’s “How Men Think,” cohosted by Gavin DeGraw and featuring a panel of experts. “We want to … attack things that are stereotyped or deemed sensitive or hush-hush,” he told Us.

Laich went on to rave about his wife, 30. “Julianne has the best heart in the world — that’s her,” he said of the Dancing With the Stars judge. “I view her as such a better person than I am because of the amount of love she has for every living thing in the world.”

He… sounds like a good guy? I mean, yes, I’m prepared to give him a cookie for being an adult and supporting his partner and talking about tricky subjects openly (while shilling his podcast). A lot of men wouldn’t be so upfront about it, and I respect Brooks for what he’s doing, and helping to de-stigmatize the conversations men can have about the struggle to conceive or making reproductive choices with their partner. Who knew that a handsome hockey player would be so…NOT toxic? Is he Canadian or something? Let me look it up. YES HE IS CANADIAN THIS EXPLAINS EVERYTHING.