Dan Reynolds on being a Mormon & an LGBTQ ally: ‘I’m a very unique Mormon’ 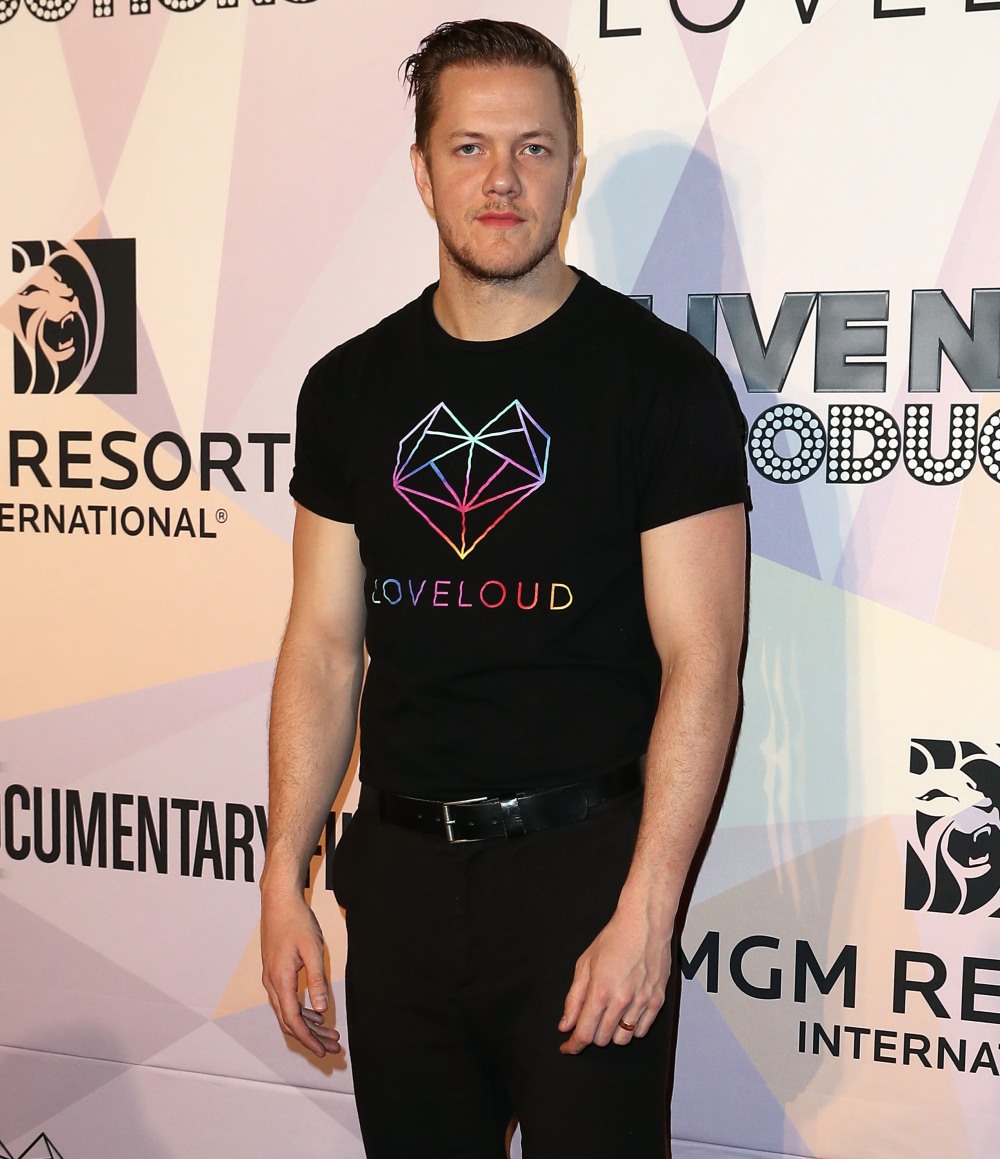 I listen to Imagine Dragons sometimes, does that make me uncool? Some of the songs are great for workouts – good drumbeats, lyrics about surviving and withstanding and fighting, and lead singer Dan Reynolds has a good rock voice. I’m not saying Imagine Dragons is the tightest sh-t ever, but they’re a solid pop-rock band for this era of music. I knew that Dan was/is a Mormon and I always halfway wondered about how he kept the faith while living the rocker lifestyle. Turns out, some days he doesn’t even consider himself a Mormon. I’ve heard his interviews over the past few years, where he’s been critical of the Church of Latter-Day Saints because of their stance on LGBTQ issues. Dan himself is married to a woman and expecting his fourth child, but he’s become something of a “Mormons should 100% embrace the LGBTQ community” advocate. He’s done a lot of work as an ally too, helping to raise money for GLAAD and the Trevor Project and other LGBTQ organizations. Anyway, Dan has an interview in People Mag and he talks about his faith and his work as an ally. Some highlights:

He considers himself a spiritual man: “I’m a very unique Mormon. I hate that people have to be pigeon­holed. Some days I don’t believe in anything — some days I’m probably more atheist than your atheist friend. And some days I want to pray to God. Faith has always been a really difficult thing for me. I’ve always been kind of a skeptical human being. I was quite rebellious in my teenage years and had a hard time believing in something that I could not see.”

Don’t make assumptions about him because he’s Mormon: “A lot of times, people are raised in something that they had no say in. There are many people who are raised in extremely religious homes that had no say in the matter: That’s just their culture that they were born into. So to judge people based off that is a very dangerous thing. I think people need more room to just be unique but also be a part of a culture if it feels good for them, but also have their own beliefs within it. I just hate generalizing.”

Becoming an outspoken LGBTQ ally: “I have family and friends I grew up with who are LGBTQ and Mormon or religious. I watched their constant struggle. They were told to change something about them that is unchangeable.”

On his wife, Aja Volkman: “My wife is a fierce activist; she will not rest until there is equality for all. When I met her she was living with her two best friends who were both queer. She is so fiercely active and passionate about equal rights, and that just fired me up.”

Hosting his third LoveLoud Festival Powered by AT&T in Utah, which raises money for LGBTQ groups: “There are a lot of people from conservative households that have been looking for an opportunity to say, ‘I believe in equal rights.’ It really has given me more faith in just humanity as a whole. It’s been really enlightening to see people come together from all different sides, religious and non, and meeting together at LoveLoud and celebrating our LGBTQ youth and saying, ‘You know what? Put aside all the past and the differences. We all need to unite.’”

I can’t help but compare Dan’s work and activism to Taylor Swift’s. Not only the quality of the work but the reaction to it. Of course I think Dan receives a lot of praise because we’re not used to a cisgendered straight white dude going out of his way to be an ally. Of course I think we nitpick Taylor Swift more because she’s a woman. That being said, the Snake Fam acts like Taylor is THE FIRST pop music person to ever be an ally, and here’s Dan putting on his THIRD music festival to benefit LGBTQ groups, and he’s doing it all even though he risks excommunication from his community, from his church, from his faith. 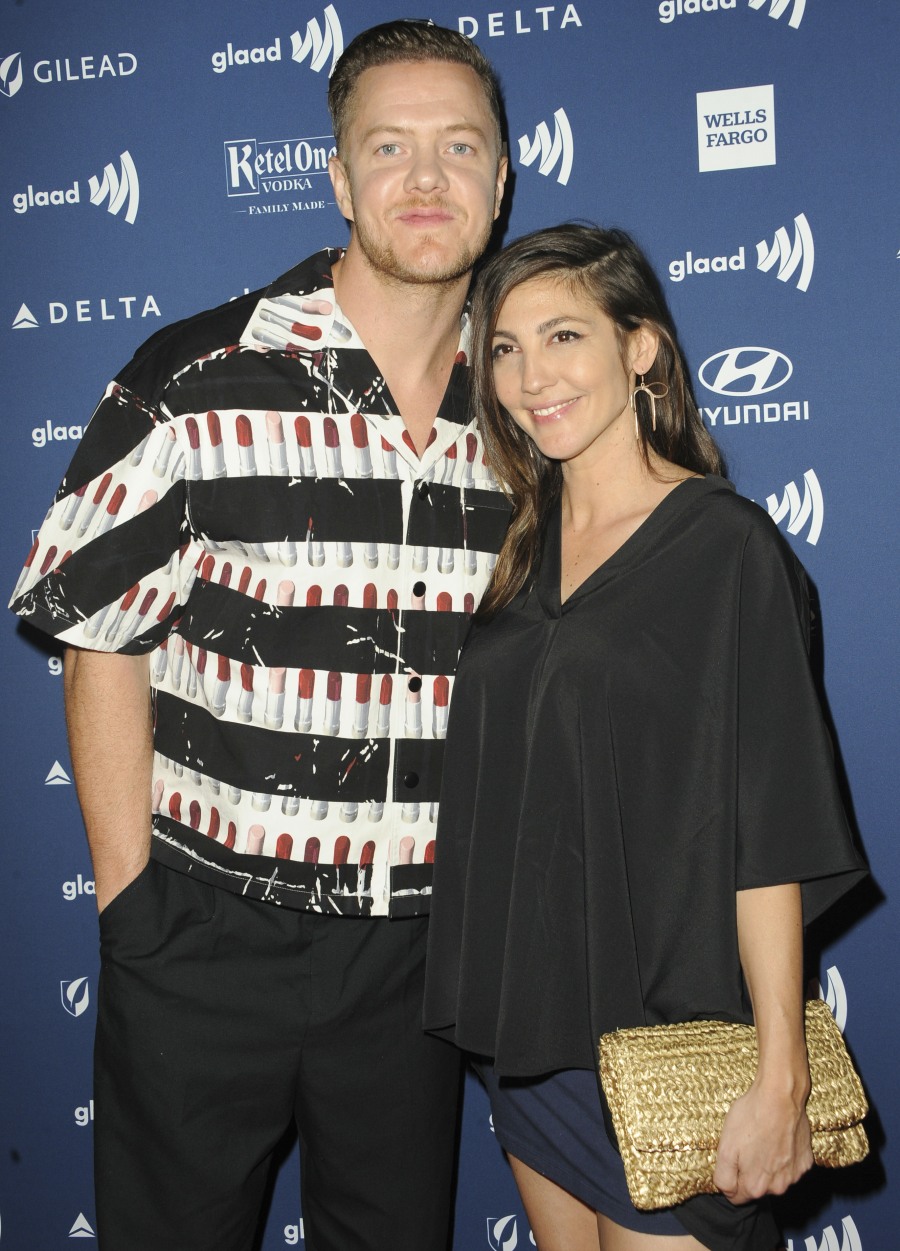 19 Responses to “Dan Reynolds on being a Mormon & an LGBTQ ally: ‘I’m a very unique Mormon’”