Halsey: ‘No amount of success or notoriety’ will make a woman safe from predators 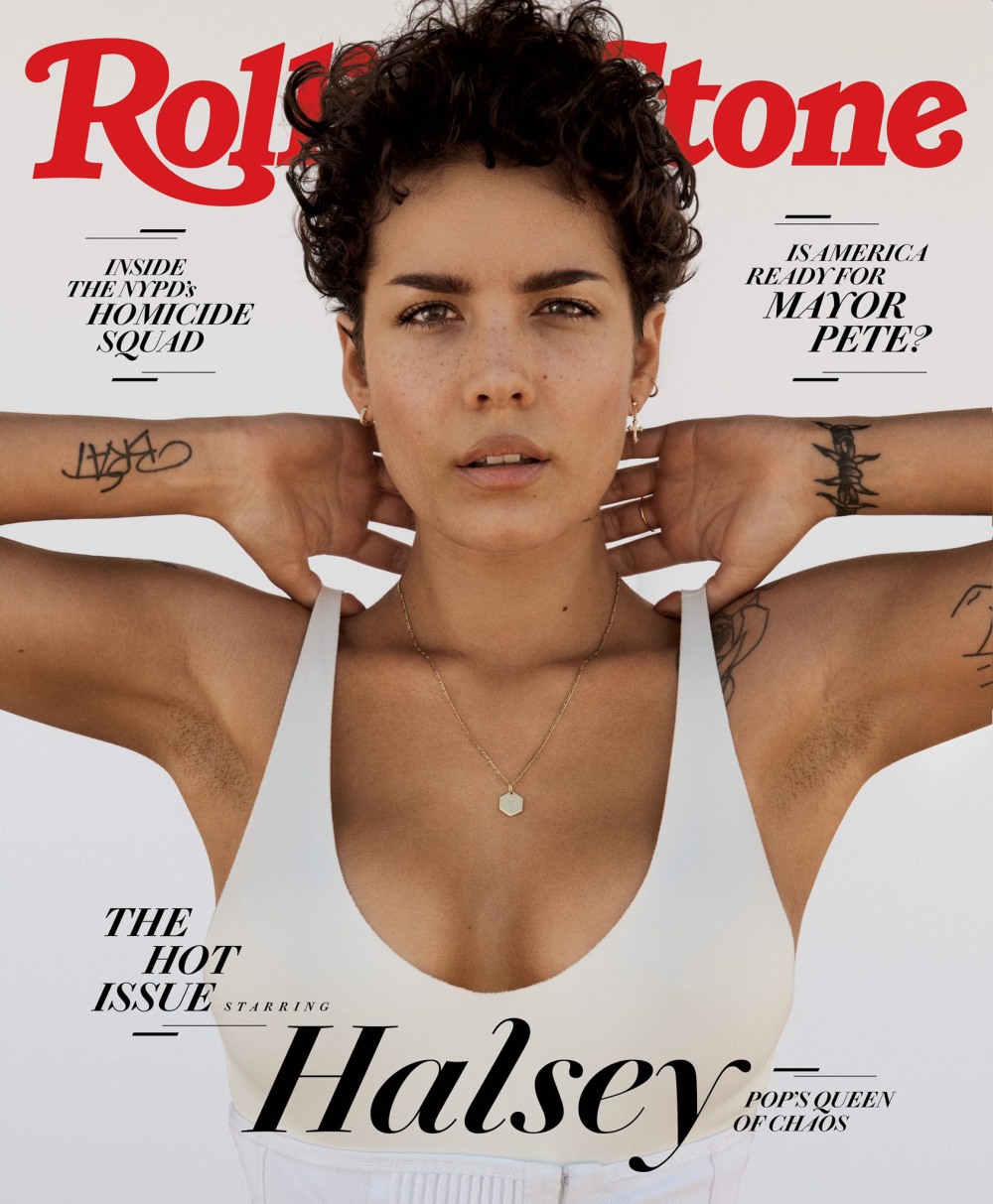 Halsey covers Rolling Stone’s “Hot Issue” and I kind of like the cover shot: it’s striking, her expression is interesting and I appreciate that she’s got some armpit fuzz happening. Some days, I can handle a Halsey interview and some days I can’t – she’s a lot to take in, and she really tends to spill her guts to every magazine journalist. That being said, I liked this Rolling Stone interview. She was more reflective than ever, and she was able to process and describe her bipolar disorder and the manic stages she goes through, plus she talked a lot about the reactions to her previous spilling-her-guts-out interviews. You can read the full piece here. Some highlights:

She does her own grocery shopping: “I’m 24 f–king years old. I’m a grown-ass woman. I can’t be this f–king co-dependent, helpless thing who has someone who does everything for them, ’cause I’ll f–king kill myself. I will literally go crazy.”

She slept with men to have a place to stay: “[When I talked about it,] it of course turns into this hyperbolized fantasy of ‘Halsey the Hooker.’ I didn’t have a pimp, no one was handing me money. But I was definitely dating dudes I wasn’t into because I could crash at their apartment. I was having sex as a means of survival. I’m lucky that that’s all it was for me; for other women I knew, it wasn’t just that. That’s the point I was trying to make.”

She’s currently in an extended manic period: “I know I’m just going to get f–king depressed and be boring again soon. And I hate that that’s a way of thinking. Every time I wake up and realize I’m back in a depressive episode, I’m bummed. I’m like, ‘F–k. F–k! This is where we’re going now? OK. . . .’ ”

On how open she’s been about her life & how she’s criticized for it: “It was just really weird, to see how people were like, ‘Well, I’m going to police the validity of this experience that she had.’ You know? [It had] everything to do with the way people perceive the female experience.”

Her #MeToo stories. “Here’s what’s f–ked up to me. A young man seeks success and power so that he can use it to control people, and a young woman seeks success and power so that she no longer has to worry about being controlled….[But] It’s an illusion, a f–king lie. There is no amount of success or notoriety that makes you safe when you’re a woman. None.”

The changes she’s made in the past three years: She no longer drinks hard alcohol, does drugs or smokes pot. “I support my whole family. I have multiple houses, I pay taxes, I run a business. I just can’t be out getting f–ked up all the time.”

Whether her success has been stabilizing. “Yeah, because it makes me accountable. I’ve been committed twice since [I became] Halsey, and no one’s known about it. But I’m not ashamed of talking about it now.” Being committed isn’t a problem, she reasons, it’s a way of responsibly dealing with one. “It’s been my choice. I’ve said to [my manager], ‘Hey, I’m not going to do anything bad right now, but I’m getting to the point where I’m scared that I might, so I need to go figure this out.’ It’s still happening in my body. I just know when to get in front of it.” She quickly ticks off the people who work for her, tallies how many kids they have. “Do I want to hurt these people?” she asks.

Yeah, she does sound matured, right? I remember covering interviews with her two years ago, even last year, where she sounded much more manic and all over the place emotionally and mentally. I think this was probably a case of her previous drug and alcohol use exacerbating the issue, even if at the time it was a “self-medication” situation. Now that she’s only having an occasional glass of wine, everything just seems… clearer, more focused. Also, this whole segment was very profound: “There is no amount of success or notoriety that makes you safe when you’re a woman. None.” It’s so scary but so true. There are rich, famous, successful, well-connected women out there and they are still victimized and preyed upon and hurt. Ugh. 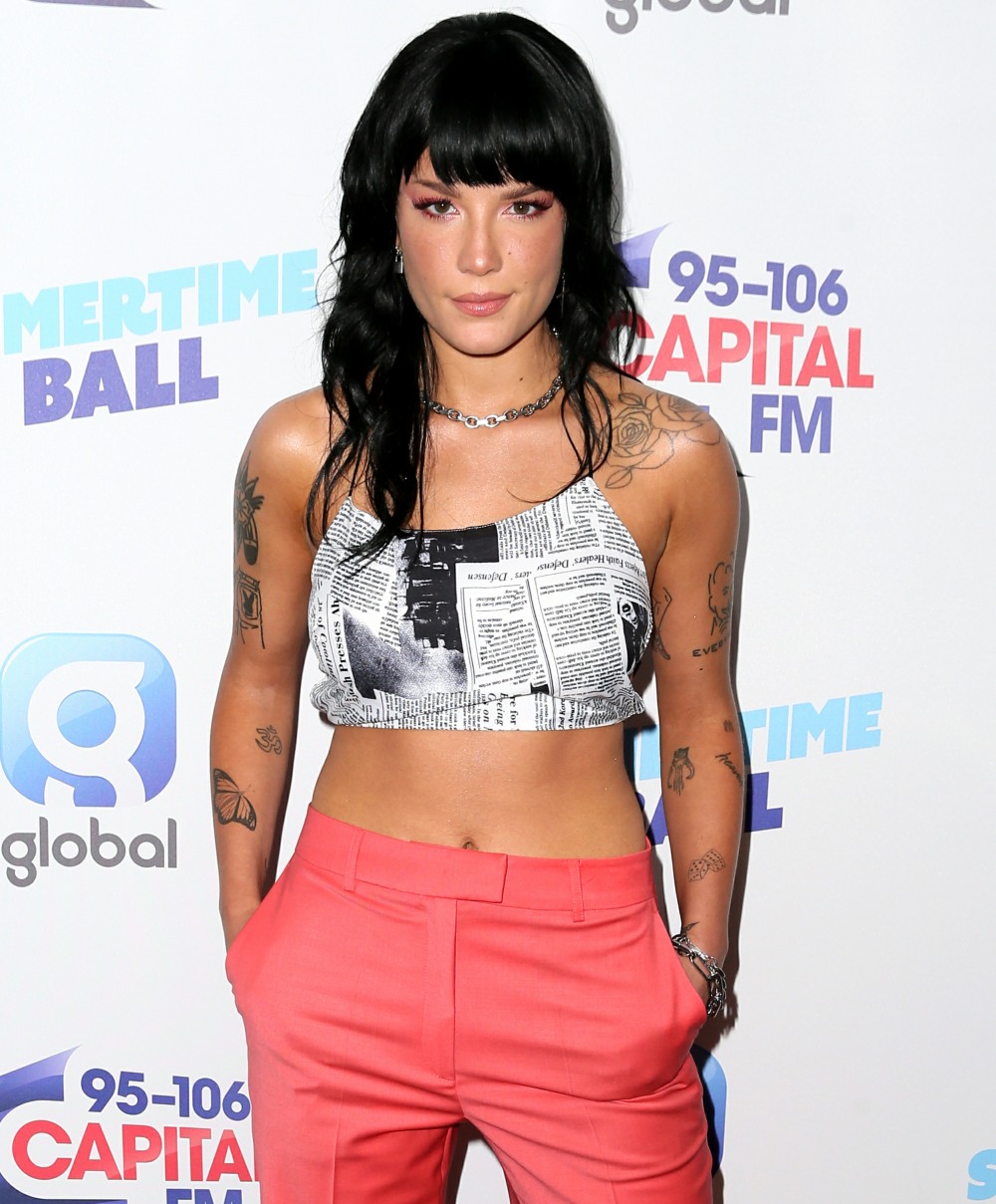 44 Responses to “Halsey: ‘No amount of success or notoriety’ will make a woman safe from predators”