Lawsuit against Scientology cult covers US: The church is in crisis 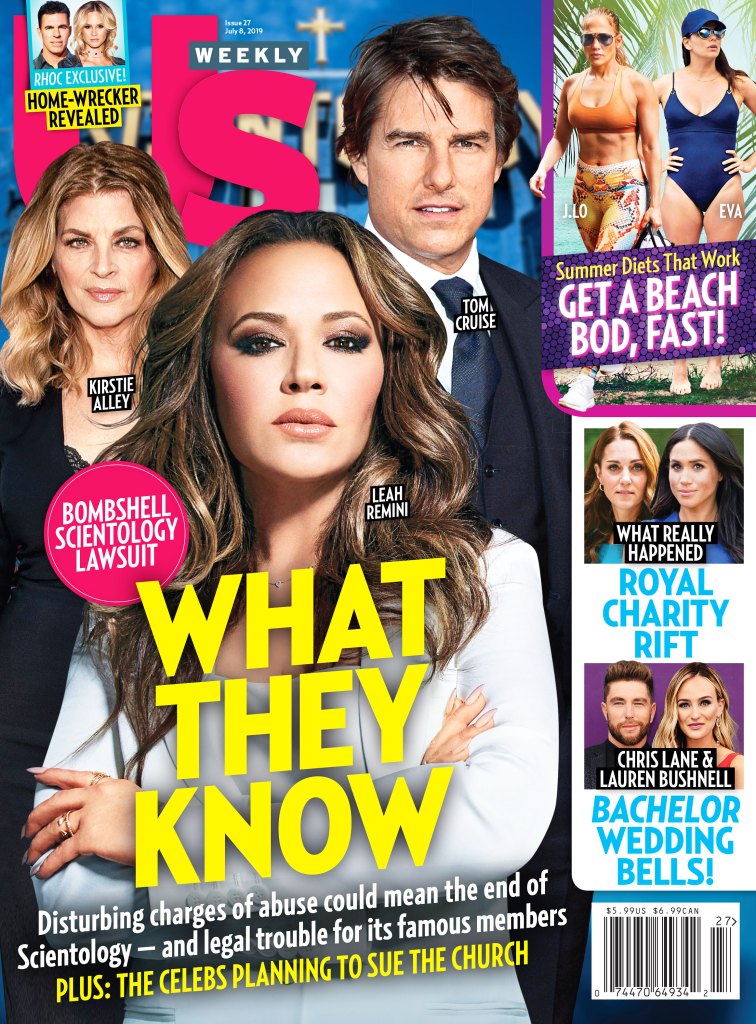 My son was asking about Scientology a few weeks ago. I told him about The Golden Suicides, Shawn Lonsdale and the expose by The Tampa Bay Tribune revealing the horrific abuses of the cult. If you follow those links, you will see that people critical of Scientology used to get harassed to the point where they would “commit suicide.” That was around 10 to 12 years ago, but Scientology’s influence has weakened thanks to exposes and the accounts of former members who have bravely spoken out, including of course Leah Remini. The cult harasses detractors by spying and following them and using defamation and legal tactics. So it’s nice to hear of yet another civil suit against Scientology. They’ve been sued so many times, but this one may get some traction. US Magazine is featuring it on the cover this week along with photos of Leah Remini, Tom Cruise and Kirstie Alley. Tom and Kirstie are still deeply brainwashed and defensive of COS so it’s bizarre that US is making it look like they’re all on the same side. An anonymous former member is suing them, claiming they abused her from the age of 6 and made her work as a slave, essentially. This isn’t the first time we’ve heard this about Scientology.

Kidnapping. Abuse. Human trafficking. These are just some of the allegations an anonymous plaintiff is making in a suit filed on June 18 against the Church of Scientology and its current leader, David Miscavige, 59. Jane Doe, who’s believed to be around age 40, is suing the church — which boasts a host of famous members, including Tom Cruise, John Travolta and Kelly Preston — for kidnapping, stalking, human trafficking, false imprisonment, libel, slander, invasion of privacy and intentional infliction of emotional distress.

“The Church of Scientology presents a facade to the outside world to disguise what, in reality, is nothing more than a cult built on mind control,” the lawsuit alleges. The controversial church denies all allegations of abuse. In response to Jane Doe’s suit, the church’s lawyers tell Us, “We are confident the lawsuit will fail. The church will vigorously defend itself against these unfounded allegations.”

The shocking suit has the potential to bring down the controversial religion and its seemingly untouchable leader — and expose the secrets its A-list followers may have been keeping for years. “Tom [Cruise] undoubtedly knows the stories about the church,” a source tells Us of Scientology’s celebrity golden boy. Another insider says that with the actor, 57, employed as Miscavige’s right-hand man and best friend, “there’s very little he doesn’t know. He and David are like brothers united in their religious devotion. If David is ordering this kind of harassment on people trying to leave the church,” adds the insider, “Tom would likely see it.”

Things aren’t looking good for the once-powerful organization. “The church is in crisis,” says Tony Ortega, a blogger who’s critical of Scientology. “Membership is dwindling, and its practices are being exposed in ways we’ve never seen before.” Scientology critic Steve Mango, of Mangotology.org Opens a New Window. , adds, “Scientology has been trying to cover up its crimes and abuse for decades,” he says. “This suit is the beginning of the unraveling of Scientology as we know it.”

That part about Cruise goes too easy on him. The Tampa Bay tribune had quotes from Scientologists who went on the record to say that they witnessed Cruise physically hit people to keep them in line. He’s more than aware of Scientology’s abuses, he participates in them. If you’d like to know more about this lawsuit, Scientology expert Tony Ortega has more along with an analysis of Scientology’s likely response. The good news is that Jane Doe has a team of eight powerful lawyers. Ortega also knows who she is and explains why it’s likely that the cult does too. While I doubt this will take Scientology down, it’s noticeable how much weaker they are and I hope that encourages more members to escape.

OOh and I checked Leah Remini’s twitter and they have a website for this lawsuit and are asking for former Scientologists to speak to them.

Thank you Jane Doe & those taking a stand against Scientology. You deserve to be heard, you deserve justice, and you are not alone. To report information about Scientology or your own mistreatment, go to https://t.co/GGHsisKgG5#Justice4ScientologyVictims #StopScientologyFairGame pic.twitter.com/rVNUNDHSk0 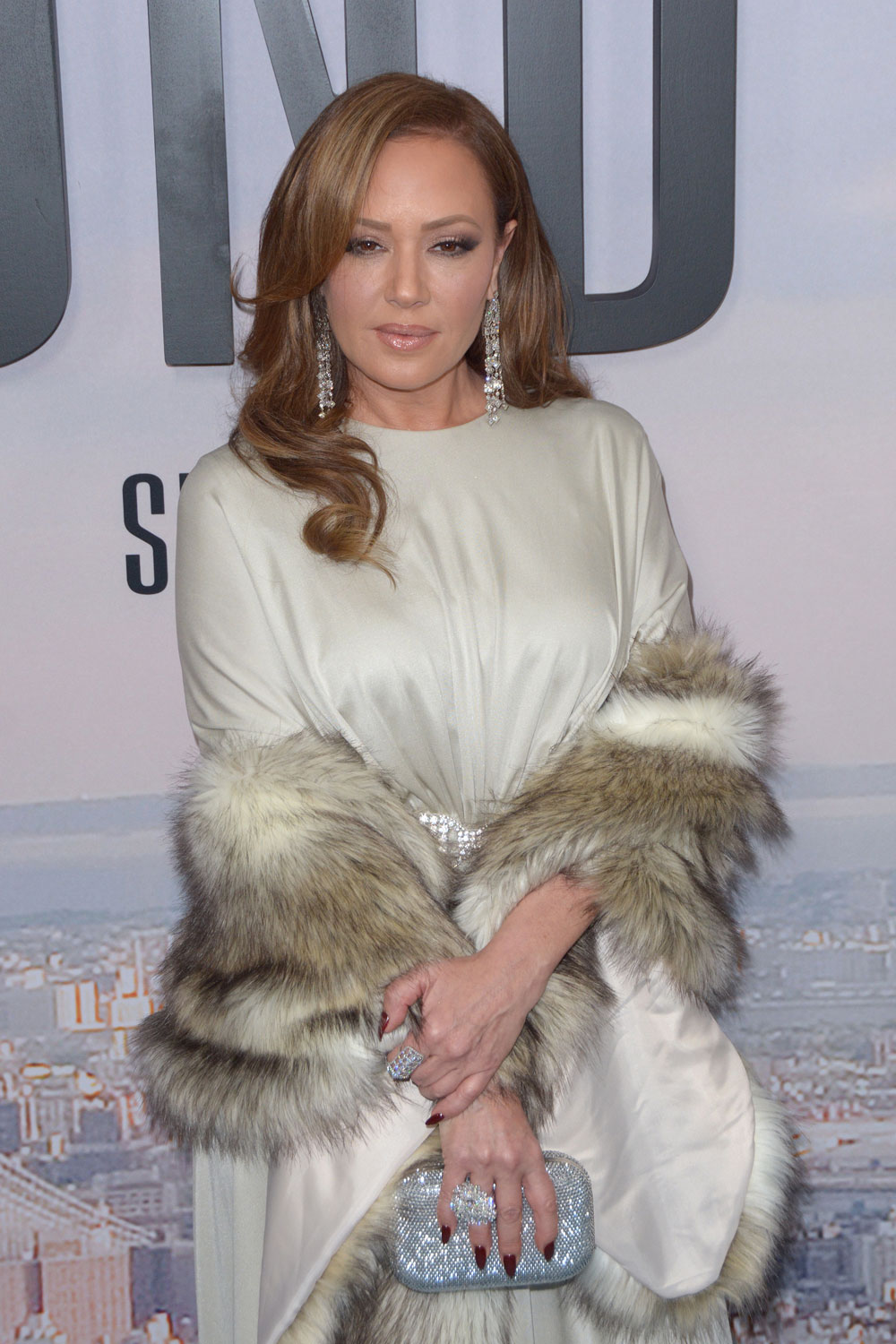 61 Responses to “Lawsuit against Scientology cult covers US: The church is in crisis”